The Stars My Destination by Alfred Bester | Book Review

It turns out that The Stars My Destination is a popular Science Fiction book, and it is the best work by the Alfred Bester. And Alfred Bester is known for writing the comics such as Green Lantern and Superman.

When I bought the book, I did not know all of that, nor when I was reading the book.

Well, in one line, The Stars My Destination is excellent read after a bumpy start.

The book is also published with the name:

Gully Foyle is not a Hero. Yes, he is the narrator for the more substantial part of the story, but calling him a hero is not valid.

He is a third-class mechanic on a space ship, uneducated, illiterate, and has a short temper nature. When he was stranded in the space in a broken ship, he thinks Vogra (the ship passing by) will save him. But even after watching his signal for rescue, the Vogra left him behind.

As a short-tempered, space street person, he gets angry and decides to take revenge against the Vogra.

He is, so hell-bent on taking the revenge that he decides to destroy the Vogra – the ship, not the people on the ship.

That is the first time I realize that the anger fuels this protagonist and that he is reckless and stupid—a fantastic combination for a character in the space sci-fi.

Gully Foyle does something (spoiler) and ends up at NOMAD, where he gets the face tattoo. And there he leaves the ship and comes to Earth.

The purpose is the same- to destroy the Vogra.

However, people capture him, and he is thrown into jail. He soon finds out that there is something on the ship, and everyone wants to know the ship’s location.

But he doesn’t tell it to anybody at any cost.

He runs away from the jail with a girl, then goes back to Nomad to get that ship again.

At every step, he takes the terrible decision, not from his heart or mind, but the rage.

He does not care about anyone, and Alfred Bester tries to make him a Dark character in the beginning.

But as the story moves, we see him turning into a shady area.

The book is fast. I mean, The Stars My Destination is a short book, but you can easily squeeze out a two-part movie from it.

And it was the first thing I read about the book. I was roaming at the r/sci-fi cover, trying to see what users are saying about this cover. And there was a comment from someone that the book can turn into a good movie Jason Statham as a lead.

The person is correct. Jason Statham can play Gully Foyle.

However, if there will be a movie, the cast would be large. The book has many central characters.

Alfred Bester has written about Jaunting (transporting/portal traveling) in detail.

The writer describes how it works, how one can jump from one location to another, and the restraints and limitations of the process.

Then there are ways to make a place jaunting proof. In the middle, despite ironically I guess, Alfred Bester has written that anyone can Jaunt in the future. Still, only the privileged one can use traditional transport such as planes and cars.

This is similar to the shift that happens between horses and cars. Now, most people can easily afford a car ride, but to have a Horse or Camel or Elephant is a big thing.

The Jaunting plays a significant role in the book, as the Gully Foyle can do something that no one else can.

Space-War is looming in The Stars My Destination from the first page, and in the end, we see it.

Gully Foyle has the key to Stop the War, which can save the Earth or even stop the War.

The thing is the book is written by the author, who is from the UK. People from the UK and the USA think throwing an Atom Bomb on a country is okay if it ends the War.

And that what we see in the book too.

Gully Foyle knows the location of some severe weapon, and everyone wants to use it against the enemy.

But here Foyle did something random; he distributed the weapon among the public and countries.

From there, Alfred displays his leaning to the communism, I guess.

The Stars My Destination has a character names Presteign; he is a powerful capitalist with a long lineage. He is wicked, supports nepotism, and will sell his planet to save himself and his wealth.

Surely Alfred does not show capitalist in the excellent light. Still, by distributing the weapon among the public, he may be saying that resources (does not matter how large) should be distributed to the public.

There is a good argument played from both sides, where Foyle says that people should not be ignorant, and authorities should give them all the information.

But then how will you save the state if you have to pass every information to every citizen. Although Gully Foyle is more about taking revenge, this thing goes over my head, how the public will decide what is right.

Is public smart enough, or are they in the right mind to make decisions.

Because, of course, we all get our daily dose of stupid people, and Alfred is trying to give power to the People who don’t wear a mask during a pandemic, people who say Earth is flat.

But maybe I am taking out the wrong thing from the Star my Destination.

Alfred Bester is a comic writer, and it shows in the book.

His story is good, but his weakness in creating a scene is easily catchable. But he hides it well with his dialogues and the writing style.

Sometimes the same writing goes monotonous, and you feel bore even in the action scenes.

But the scenes cut too quickly, and you don’t get enough time to despise a paragraph, as the paragraph changes the course of the story.

So, all in all, the writing is gripping and makes the story interesting to read.

The Stars My Destination Quotes 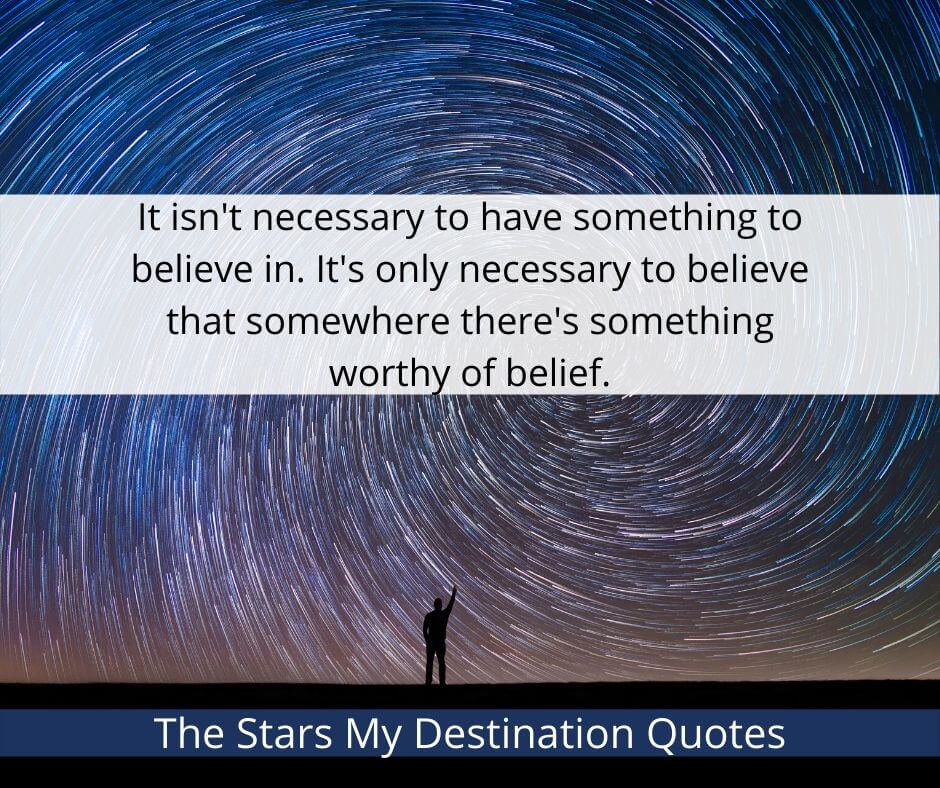 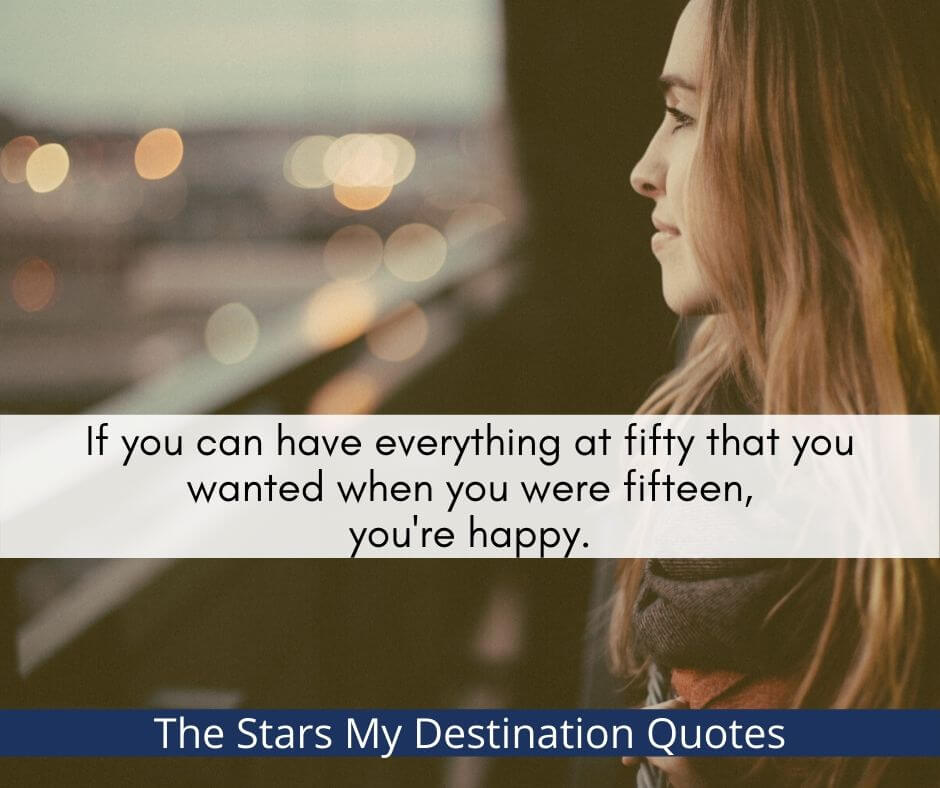 Yes, sure, if you get the chance, do read this fantastic sci-fiction book.

Alfred Bester does not only tell the story, but The Stars My Destination is filled with the various political notion, social commentary, and even philosophy.

So thumbs up from me.