The Point of Rescue by Sophie Hannah | Book Review | Clever or Lazy?

The Point of Rescue – the book’s title makes more sense after knowing what happened in the book.

But once you complete anything, everything makes sense.

However, it was tedious to finish it, and I tried giving up several times. But this is my last book of the year 2021, and I do not want to DNF it.

Also, once you overcome the annoying Sally, you start enjoying the thrill. Then there is time invested into the mystery that you do not want to leave without the resolution.

Well, it was an excellent climax. Wish I could say the same about the first 1/3 of the book.

I will write a spoiler review because analytics clearly show that nobody is reading my blog. So why even bother.

The book starts with the Sally fighting with the child caretaker because she cancelled the agreement last moment. Then she gets into an accident and blames it on that child caretaker.

The entire beginning is confusing and stale, to say. She sits in the car with her husband and talks about some rubbish.

I guess the story begins when they watch the TV and find out a woman named Geraldine has killed her daughter and herself.

It was a generic crime show — but Sally realized that she had the one-week stand with Geraldine’s husband – Mark. When Mark comes on the TV, it is a different person.

That rolls the ball – who was the Mark Sally met? And who is the real Mark?

I find it stupid. Sally think the Mark on the TV is fake and the one she met was the real one.

Like a person will kill the entire family and impersonate a family member. Will give an interview on TV and participate in the investigation. Come on.

She even sends a letter to the police – saying that they should verify the identity of Mark. Lol. This is the first thing they do.

In the case of girl murder, husband and boyfriend are prime suspects.

This is the plot of the book.

They find more bodies on the ground and investigate who is killing mother and daughter. The book is part of a series, and the police team is a recurring character. That makes it worse.

As a first-time reader of Sophie Hannah, I was not able to capture their inside jokes or chemistry. However, there might be sexual tension between the 2 characters, and fans following the series may love it.

Then the team is also a boring one. I do not want to know about them at all.

But the author even tells you what is written on the cup they are drinking out of. In detail. 2-3 times.

Nor like they are great investigators tbh. The murderer visit their office, and they don’t even verify his identity.

Mothers – all around the globe- is hail as the hardest worker. Like it is the toughest job in the world.

While I agree, the kids could be terrible at times, but it’s up to you to manage them. You can either ruin them by crumbling to their whims, or you can make them respect you.

Moreover, the kids are easily manipulated if you are wise. With some charming words, they can work for you – while taking pride in helping you in your task.

Even the kids have self-respect.

The book shows three types of the mother.

In the end, we see all the mother hate their kids. They all want to be free, having fun and energy back of the bachelor’s life.

Raising a kid is hard, but there is joy somewhere there. That’s why people do it.

A mother killing their kids is not a crime that you often hear. It is rare, and that is why the premise is interesting.

We see fathers and brothers killing the sister for the honour. But we rarely see a mother doing it.

Though I read a case several weeks back where mother and son killed the girl because she ran away with a boy, sometimes the honour is bigger than life and relations for people.

And in the countries like India, where communities are strong and often drive society, it becomes critical to follow the societies norms. Hence, families have to eliminate outliers to display themselves as an integrated part of the society or risk outcast.

Though this is sad and terrible, the community comes with its pros, too, like sharing the burden of raising the kid.

As I see in the book, the mothers were tired and broken due to responsibilities.

But still, they will never kill their kids.

Suppose a character has 3 names, used with multiple characters. Each name comes with a separate personality. Would not you think they are three different characters?

And the authors came at you saying – NO – they are one person all along.

Is it clever or just plain lazy?

In the cinematic version, this will not work. However, this is working because the reader gives a different face to each character.

But I guess the same thing happened in The Girl on the Train. That was also a popular thriller with the same plot point—different name man trick girls.

Here, one man uses a different name to trick many people.

We should not neglect the metaphor view of the story.

This is, mothers, though exhausted of their kids, will never murder their kids.

But kids will take revenge if they do not get enough love.

What they say: a child who does not get the village’s love will burn it down to feel the warmth.

However, at what point you can rescue the kid and mother. In the end, the murderer says the kids wanted to save the mother. But she also pushed the light to the tub.

So she was there to protect her, but the point of rescue was long gone. She died too.

But for the father, the point of rescue was possible. So he did what he did knowingly and with a sane mind.

One can say, family tragedy pushed him. But using the Mark name indicate he was jealous. He wanted a complete family, a dedicated wife, and a lovely daughter.

What motivates his desires to stay mystery – that there is not much light to his background.

In the book, all the husbands are laid back while the wife orchestrates the house.

They are not giving attention to their household. 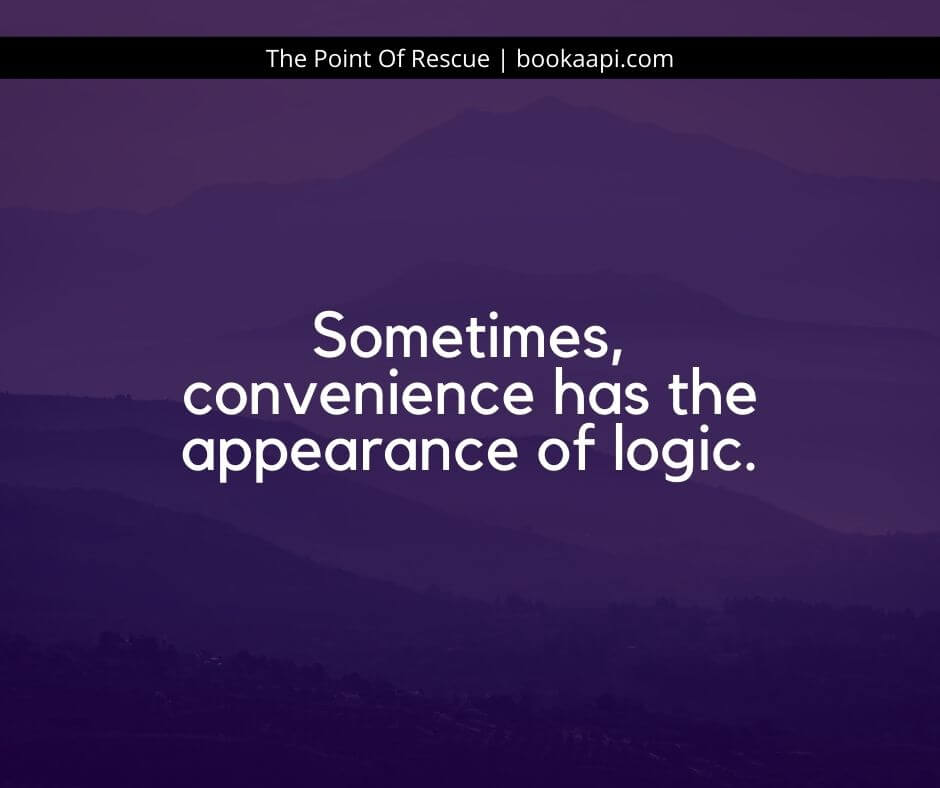 Be it shared responsibility; men usually feel like it’s their responsibility to provide. When they do, they justify their lack of doing by thinking they are fulfilling their original responsibility. And helping the wife or mother is a gift to her.

But once the wife does not follow her duty – as the husband thinks – she becomes the story’s villain.

Do I Suggest The Point of Rescue by Sophie Hannah?

If you are ready to go through the first several chapters to boredom and confusion, then you can pick this up.

It’s an interesting story and not boring after a while. There are several chilling sequences worth reading.

However, I am not going to buy Sophie Hannah anymore myself.

The Point of Rescue 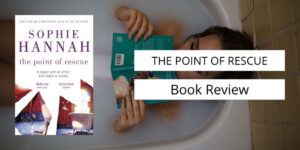 The Point of Rescue is a crime thriller by Hannah Sophie. The story explores the difficult job of mothers, and how it can lead to killing kids.