Six of Crows Book 3 is a most desired book of a big part of the book community.

Six of Crows and Crooked Kingdom did a blast, and become a huge success. There was a time that I was scrolling my GoodReads feed, and everyone was reading the Six of Crows.

I read it too. A lot late. But the book deserves the praise.  😛

The duology do justice with Fantasy YA series.

And the time was perfect for the book.

Well, you are here to know what is going to happen next in the series.

So I have my theory.

It is a random theory, I don’t have much proof.

But first, see what Leigh Bardugo has to say.

Many readers have asked her about the Six of Crows Book 3, and Leigh Bardugo has given the answers on Goodreads thread.

Are you planning on writing a short story about the characters of Six of Crows? Specially about the romance between Inej and Kaz?

This is a question we all are asking. I think I need more this than the real third part of Six of Crows.

Two most dangerous people of Ketterdam finally touch each other.  🙂

But Leigh Bardugo has already dropped that idea.

No, I have no plans to do that. If I ever write about them again it will probably be in a novel.

Runeaholic expressed what we all feel after reading the Crooked kingdom.

after reading crooked knigdom, i am sitting on a cliff hanger, I NEED A THIRD BOOK, WILL THERE BE ONE???

But not until for some years.

Maybe someday. I have a longterm plan for the Grishaverse, so we’ll see how it goes.

Leigh Bardugo also has said this:

For now. There’s a chance that I might write more SoC books waaaay down the line, but not for at least a few years.

We going to get the Six of Cros Book 3, but not soon.

It will take time.

But I do have a theory.

All the crows are settled. As we see.

Wylan has lots of property, and Jasper is living with him.

Inej have ship and parents. She is not going anywhere though. She wants to clean Ketterdam.

Kaz has nothing to do, so he is going to destroy something. Maybe Tilemakers.

My theory for the third book is

The team will unite again. For a heist.

Again to the Ice Court.

King Nikolai know the calibre of Kaz and his team.

Shu boy has a vague idea of making Jurda parem, and the anti-jurda.

But not exactly, so, maybe he needs some of his notebooks, or some element, or some ingredients or formula, or something, that is in the Fjerda.

King Nikolai can trust the deal he will make with Dirtyhands.

The king of the Barrel will do that.

He is already rich. He ha enough money.

But what we are forgetting is Mathias Helvar and Nina.

I am not saying that Kaz Brekker, owes anything to Nina.

But Nina is Ravkan, and it is her responsibility to do anything to protect Ravka.

She will convince the Kaz. And there is a good friendship between Nina and Inej.

Our monster with longest teeth is in love with Inej.

So you see, if it comes, Kaz has to make a team and work for Ravka.

Kaz will never do anything without benefit.

From the last chapter, we can say that Kaz and Tidemakers have some rough grounding now.

I think Kaz cannot fight with them.

Okay, Kaz is a master planner and genius. But his powers are not magical.

Tidemakers control water and have the power to kill anyone on the spot.

To fight with them, Kaz needs the support of Grisha people.

And by doing some work for the Ravkan king, he can have good relationships with all the Grishas.

That means more power. And with this power, he can easily fight with Tidemakers.

Finally, my point is that, in the Six of Crows Book 3, Kaz and his team will work together. For King Nikolai.

It is totally an off the mind speculation.

I am joining links.

But we can always ask Leigh Bardugo.

Is it true that Six crows will work for King Nikolai in book 3. @LBardugo Click To Tweet

What you think going to happen with Six Crows.

You thought any name of Six of Crows Book 3.

How about “Sea of Doom”. 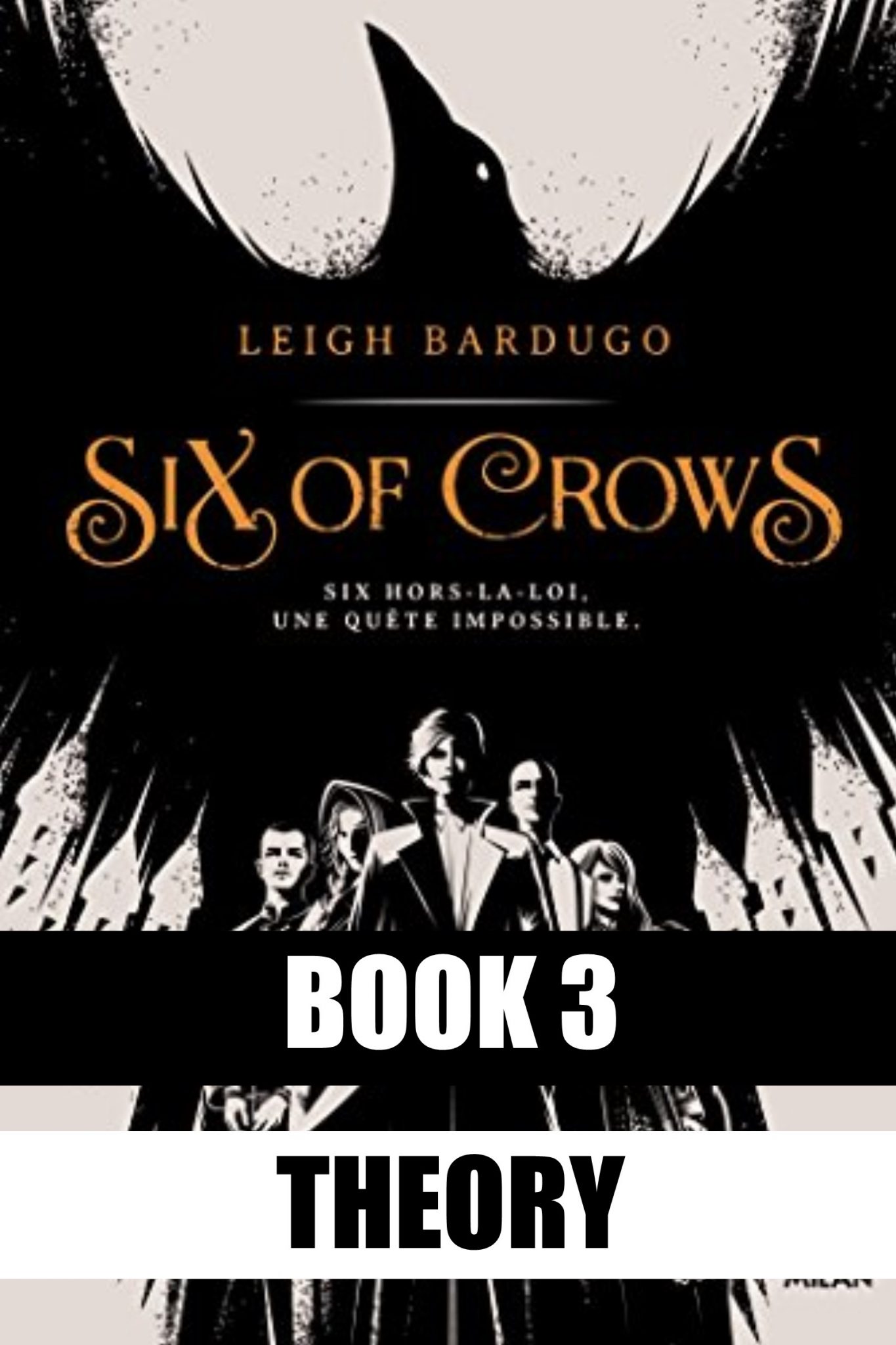