1Q84, the name of the series is strange, but 1Q84 quotes are totally relatable to many people.

There is a reason Haruki Murakami is a popular and beloved writer. The reason is his stories does not only have the essence of mystery but also has a captivating plot.

As I have observed that Murakami writes a lot about loneliness. He strings it into words in the most effective way. Many writers struggle to convert the feeling into the word, but Murakami knows exactly the words and sentences to capture it.

Read these 1q84 Quotes to See 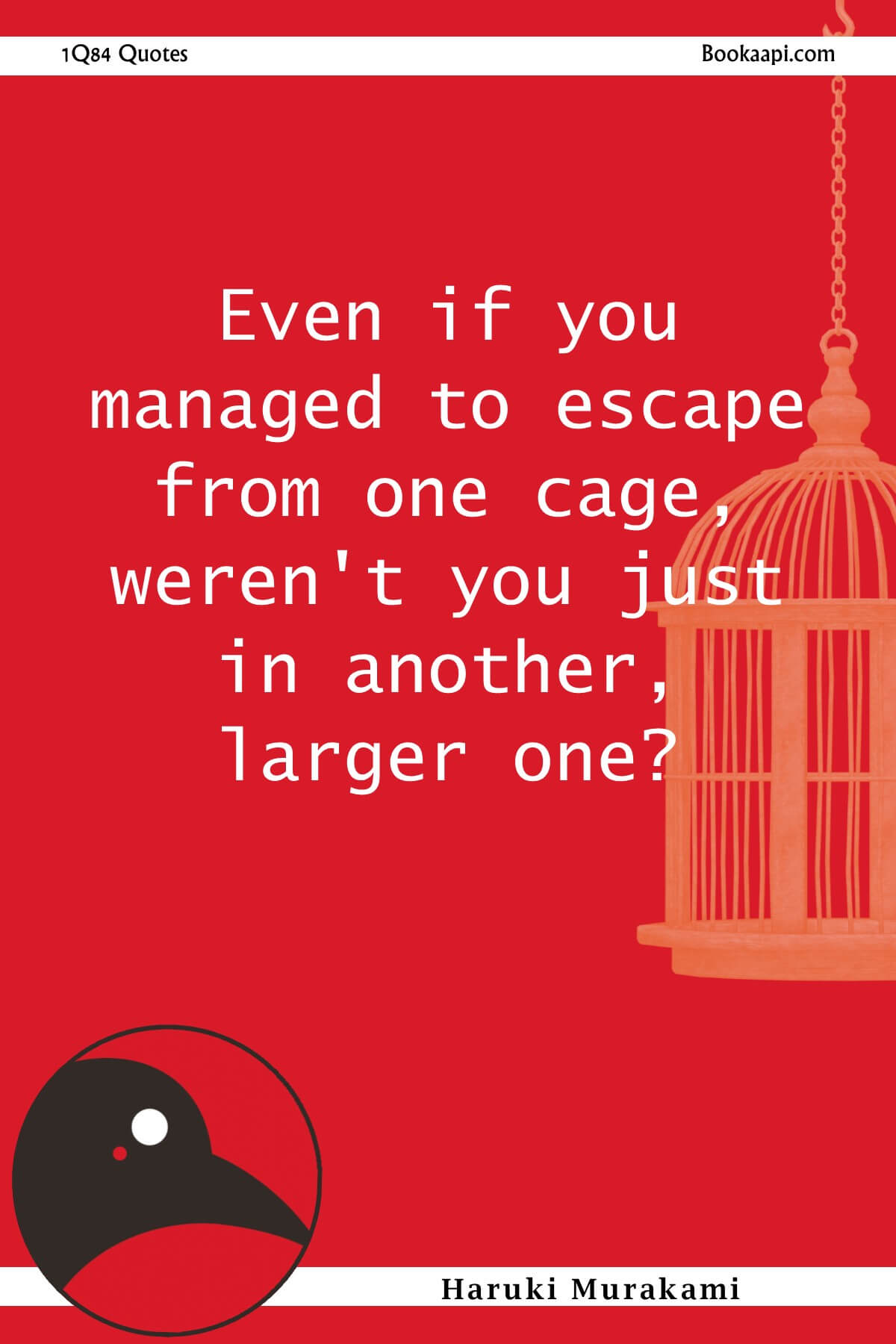 Even if you managed to escape from one cage, weren’t you just in another, larger one? 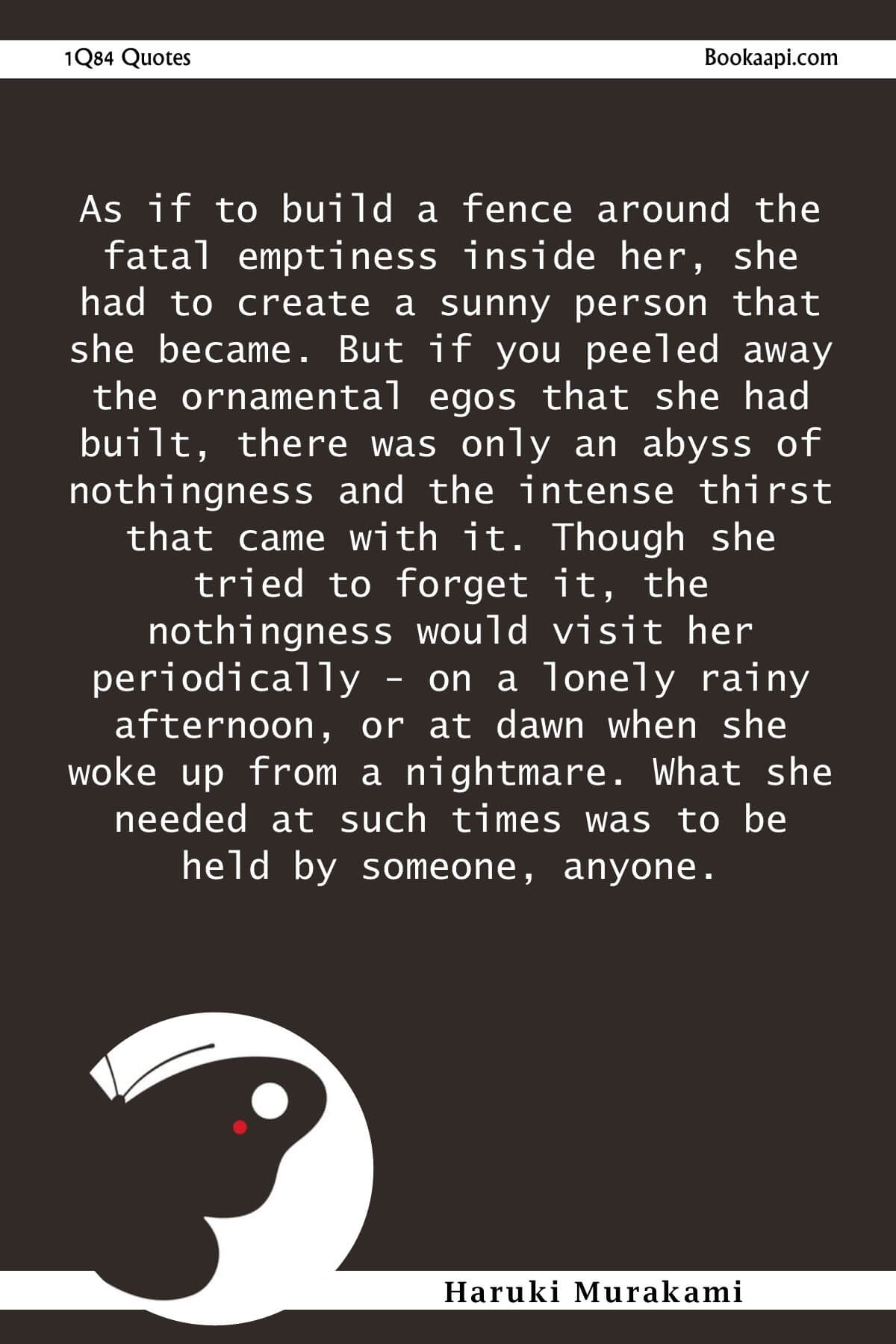 As if to build a fence around the fatal emptiness inside her, she had to create a sunny person that she became. But if you peeled away the ornamental egos that she had built, there was only an abbys of nothingness and the intense thirst that came with it. Though she tried to forget it, the nothingness would visit her periodically – on a lonely rainy afternoon, or at dawn when she woke up from a nightmare. What she needed at such times was to be held by someone, anyone. 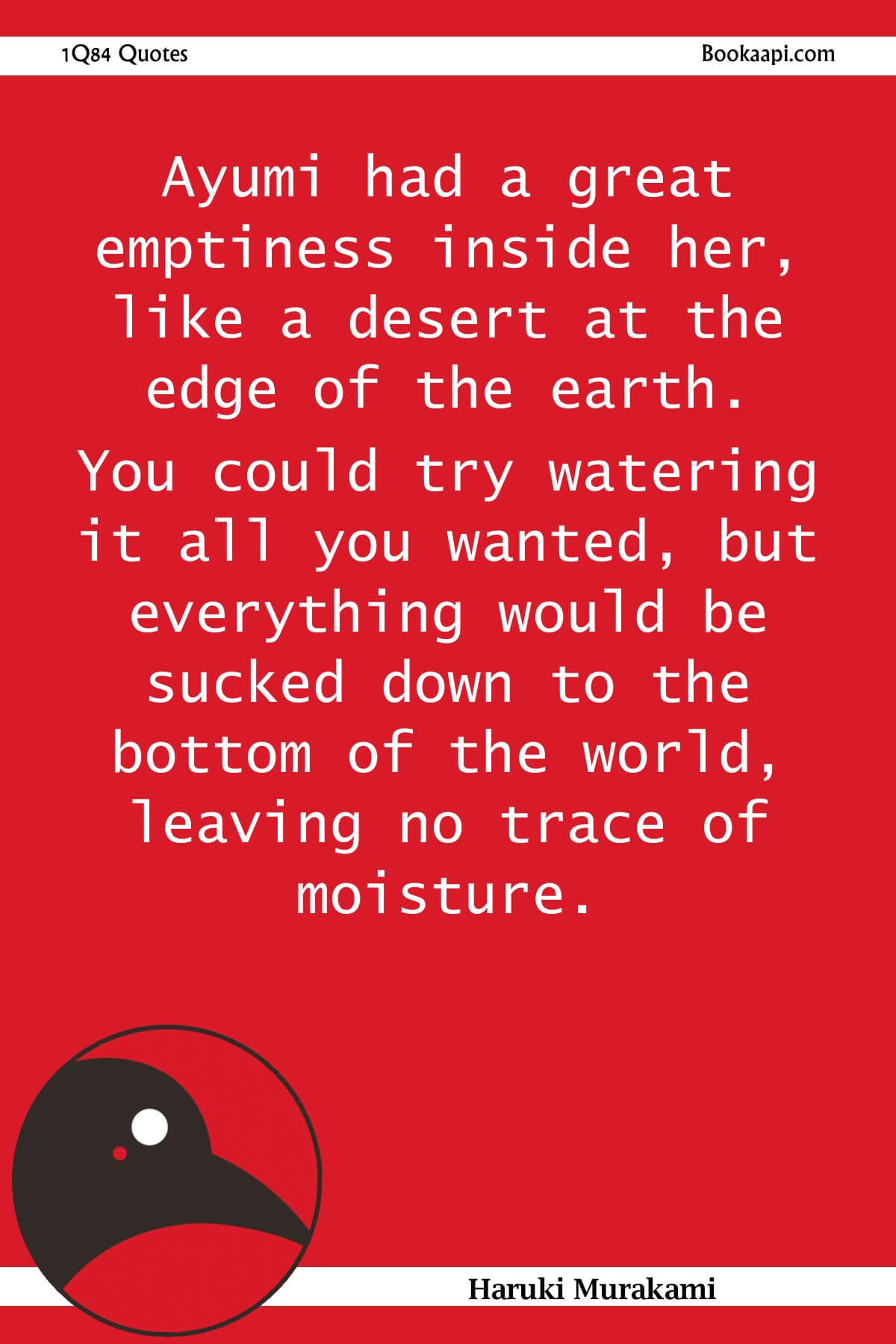 Ayumi had a great emptiness inside her, like a desert at the edge of the earth. You could try watering it all you wanted, but everything would be sucked down tot the bottom of the world, leaving no trace of moisture. 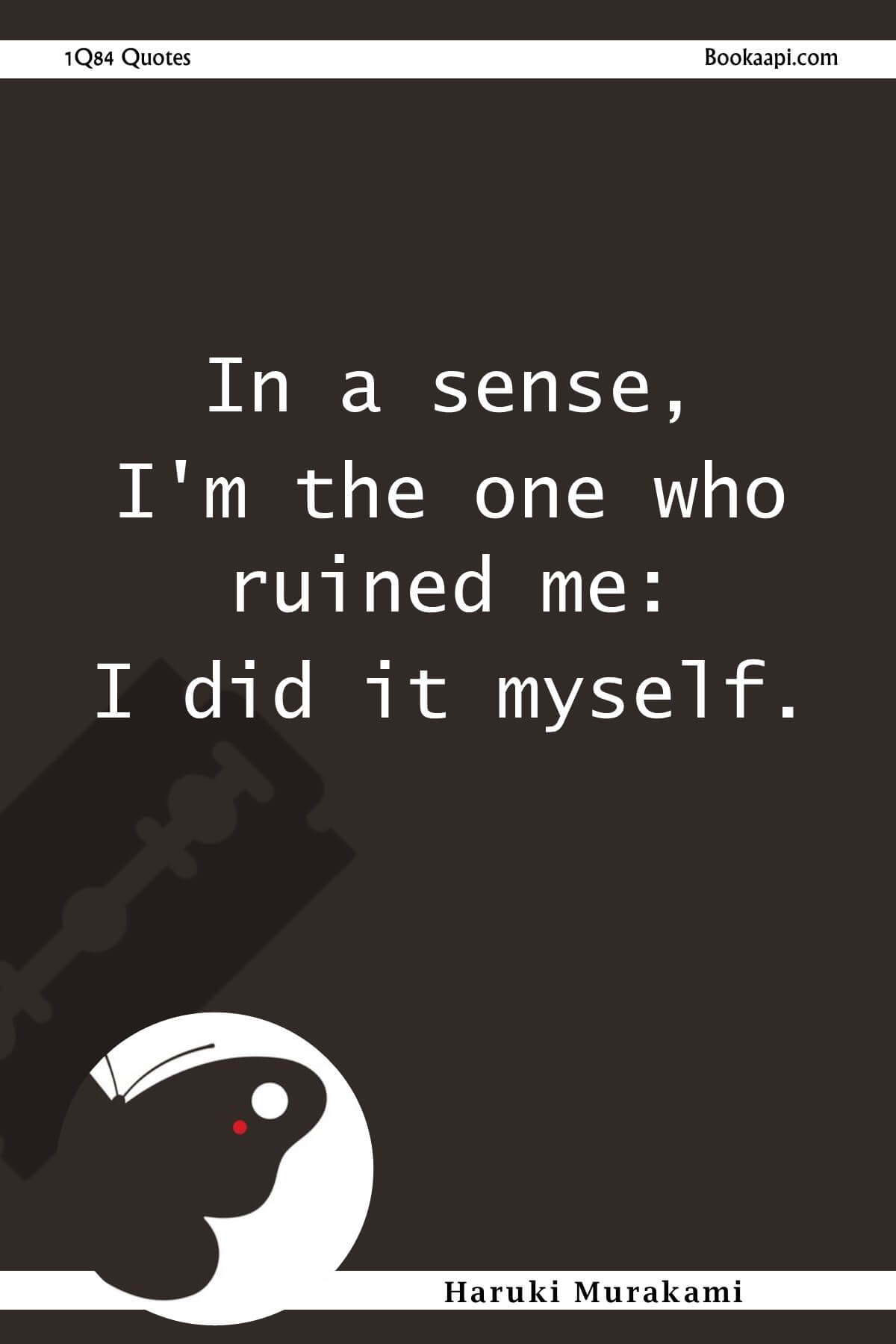 In a sense, I’m the one who ruined me: I did it myself. 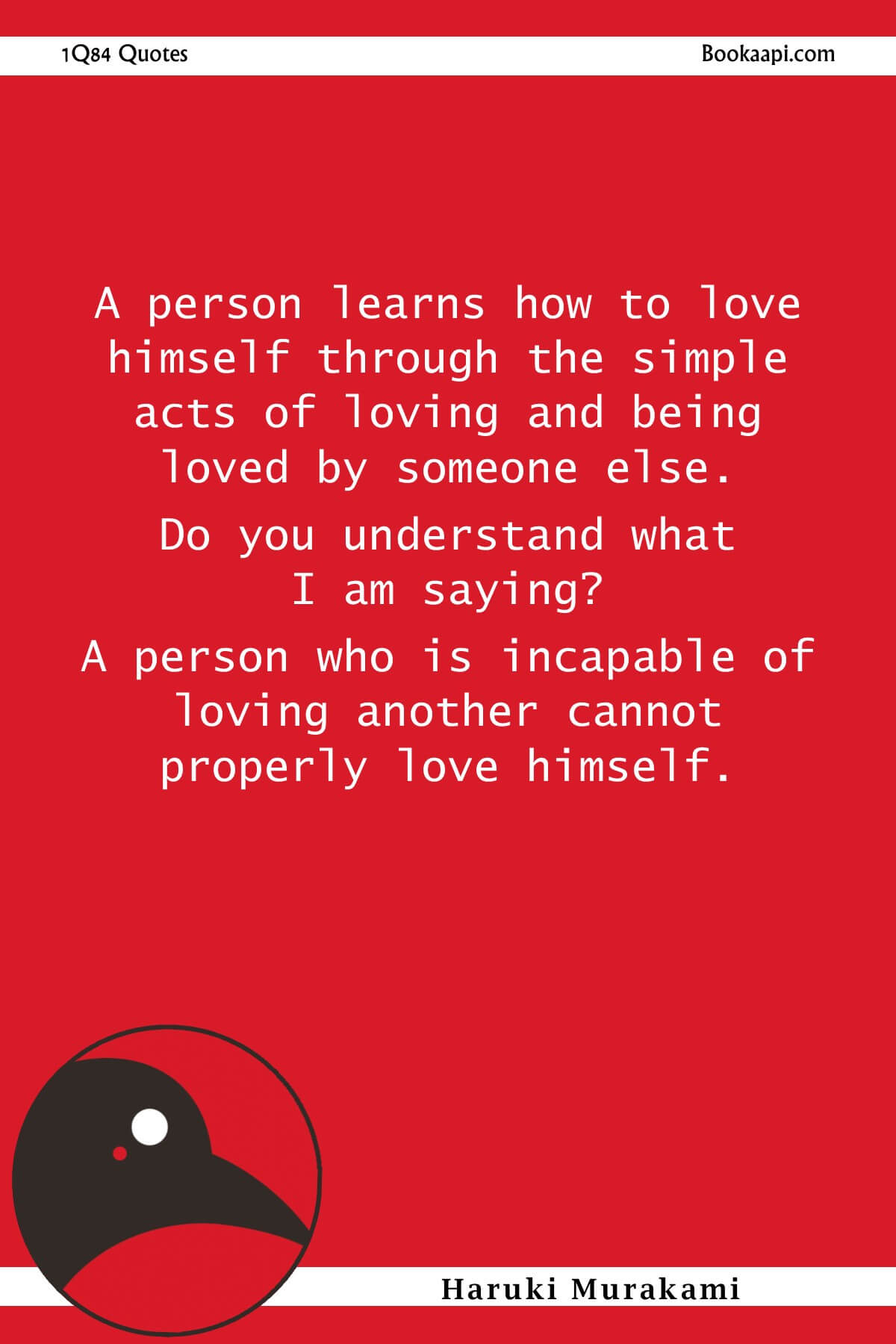 I’m tired of living unable to love anyone. I don’t have a single friend – not one. And, worst of all, I can’t even love myself. Why is that? Why can’t I love myself? It’s because I can’t love anyone else. A person learns how to love himself through the simple acts of loving and being loved by someone else. Do you understand what I am saying? A person who is incapable of loving another cannot properly love himself. 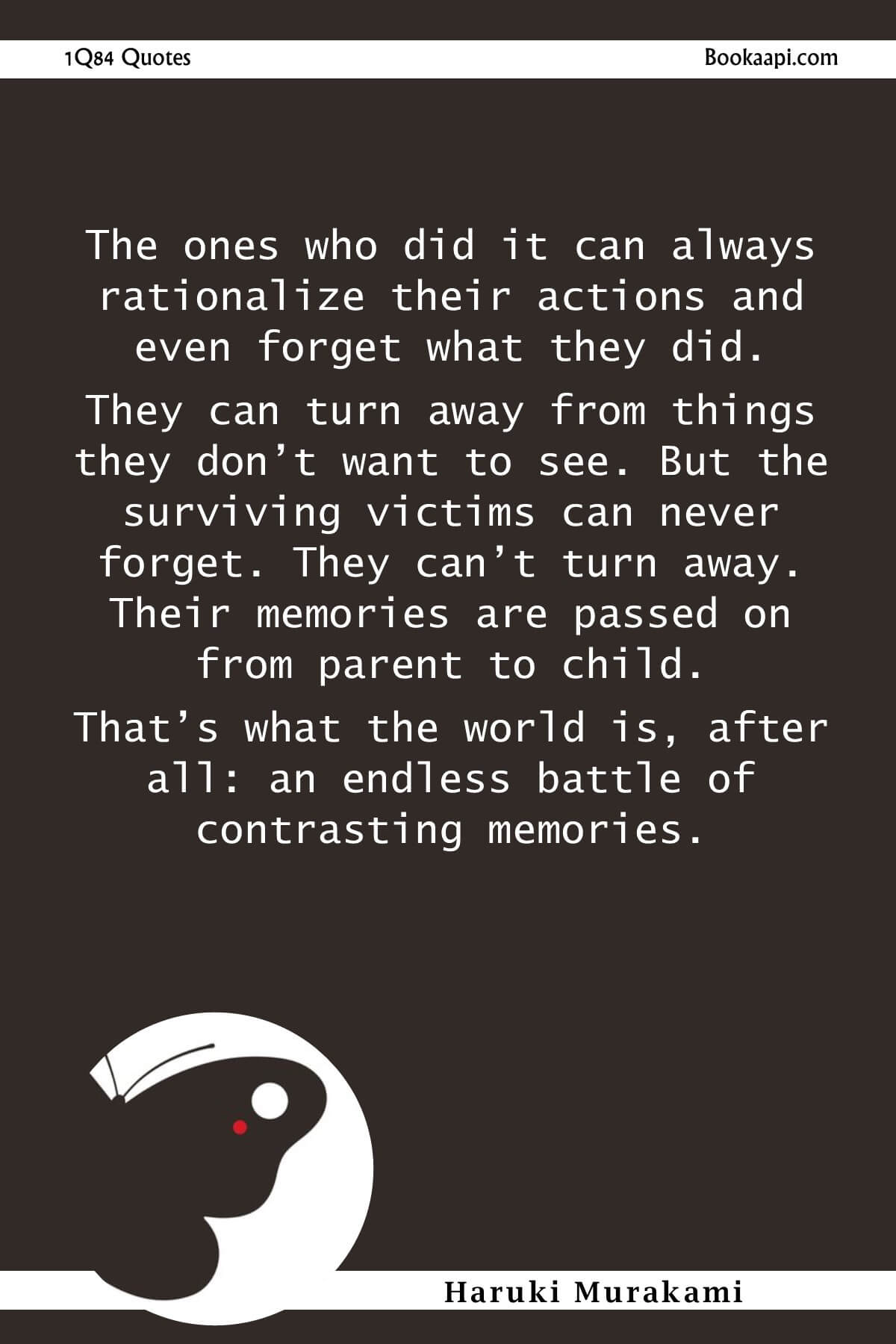 The ones who did it can always rationalize their actions and even forget what they did. They can turn away from things they don’t want to see. But the surviving victims can never forget. They can’t turn away. Their memories are passed on from parent to child. That’s what the world is, after all: an endless battle of contrasting memories 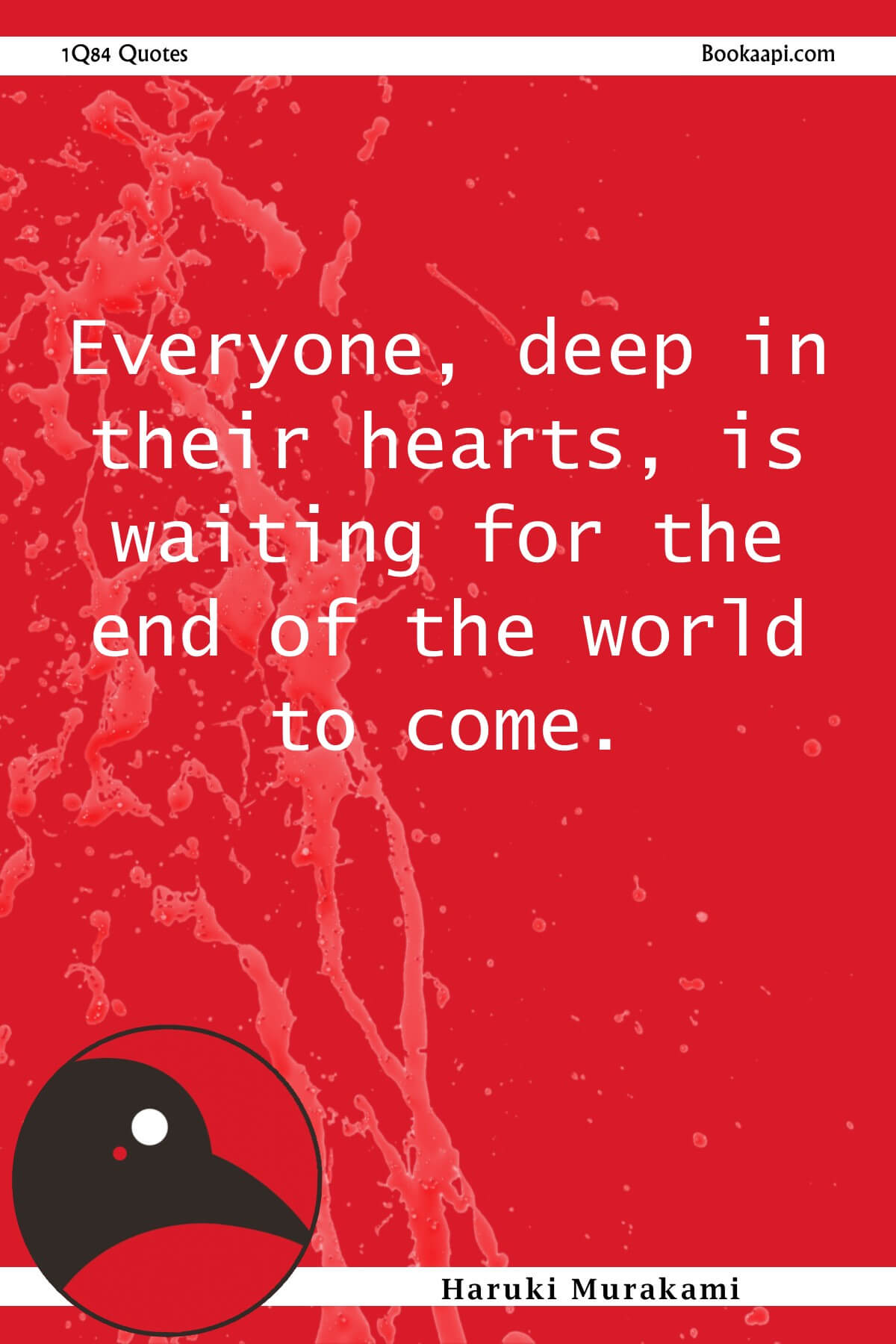 Everyone, deep in their hearts, is waiting for the end of the world to come. 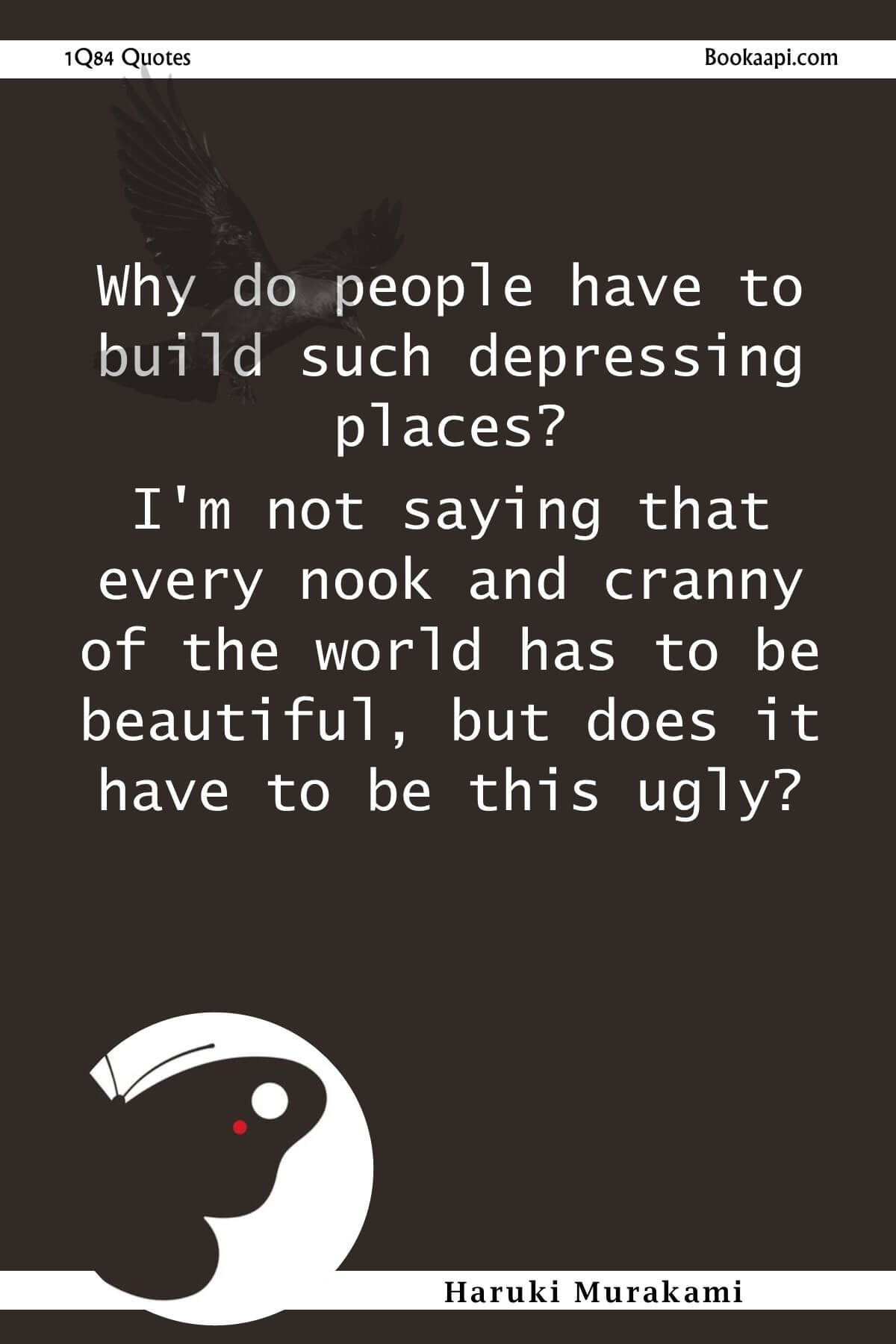 Why do people have to build such depressing places? I’m not saying that every nook and cranny of the world has to be beautiful, but does it have to be this ugly? 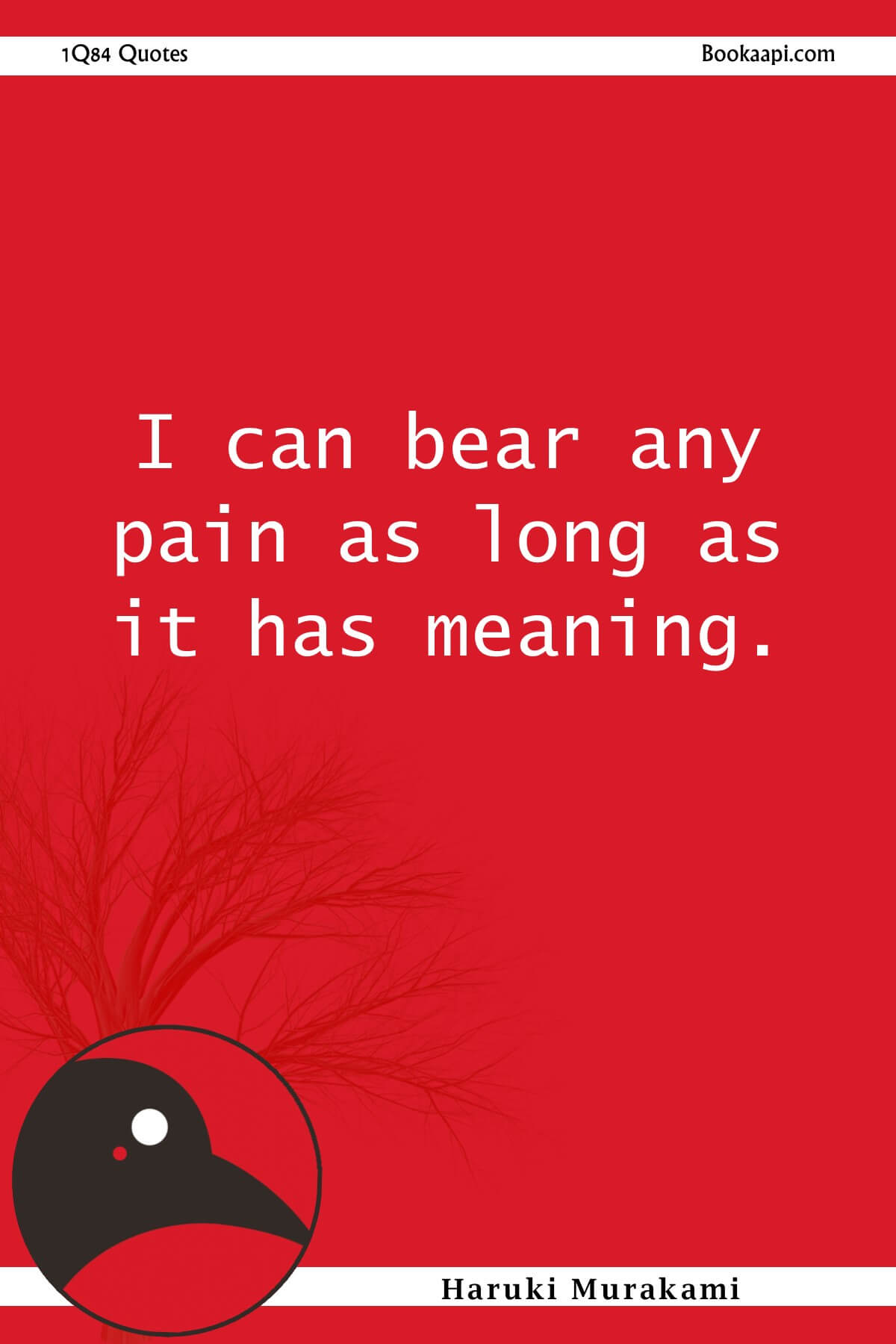 I can bear any pain as long as it has meaning. 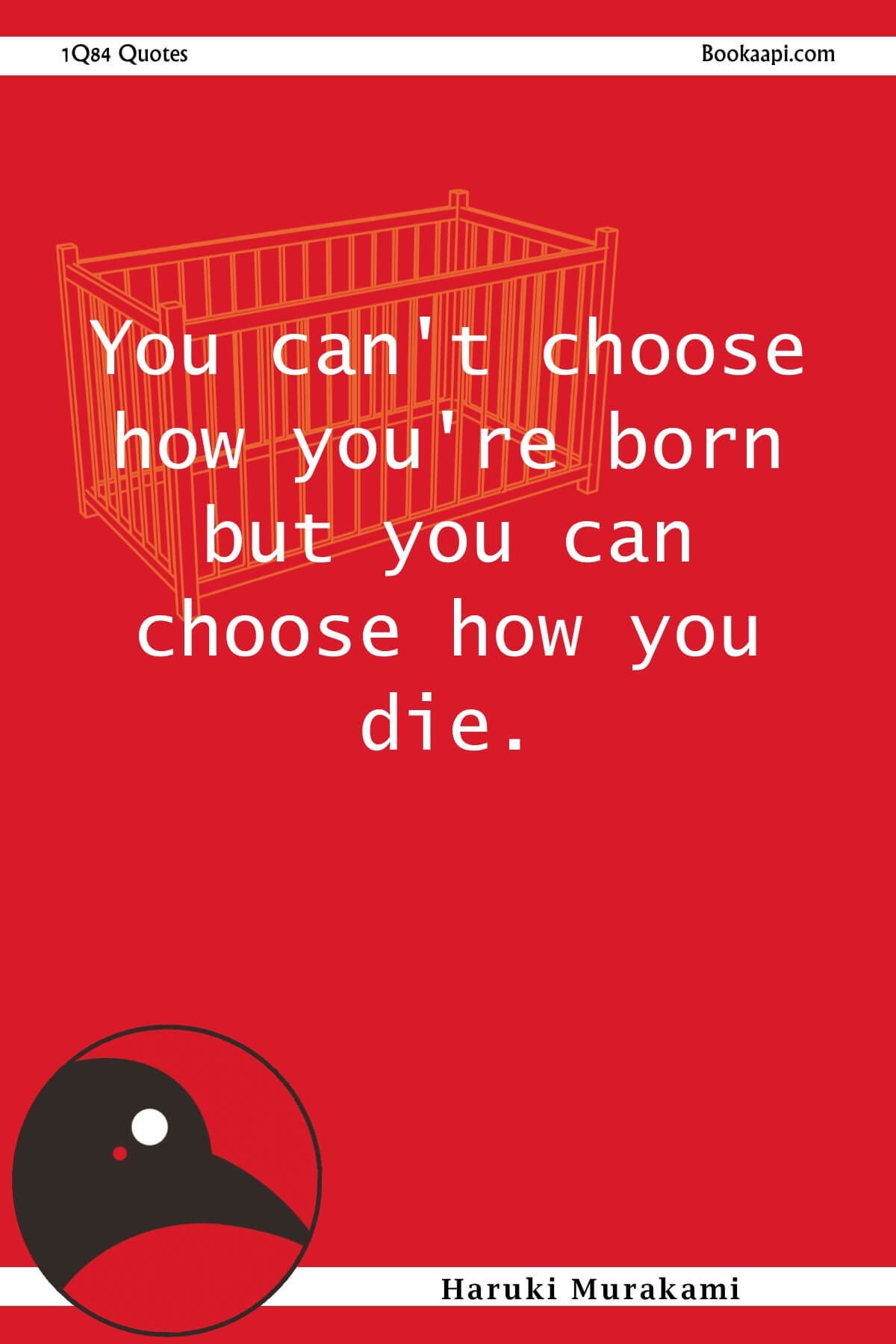 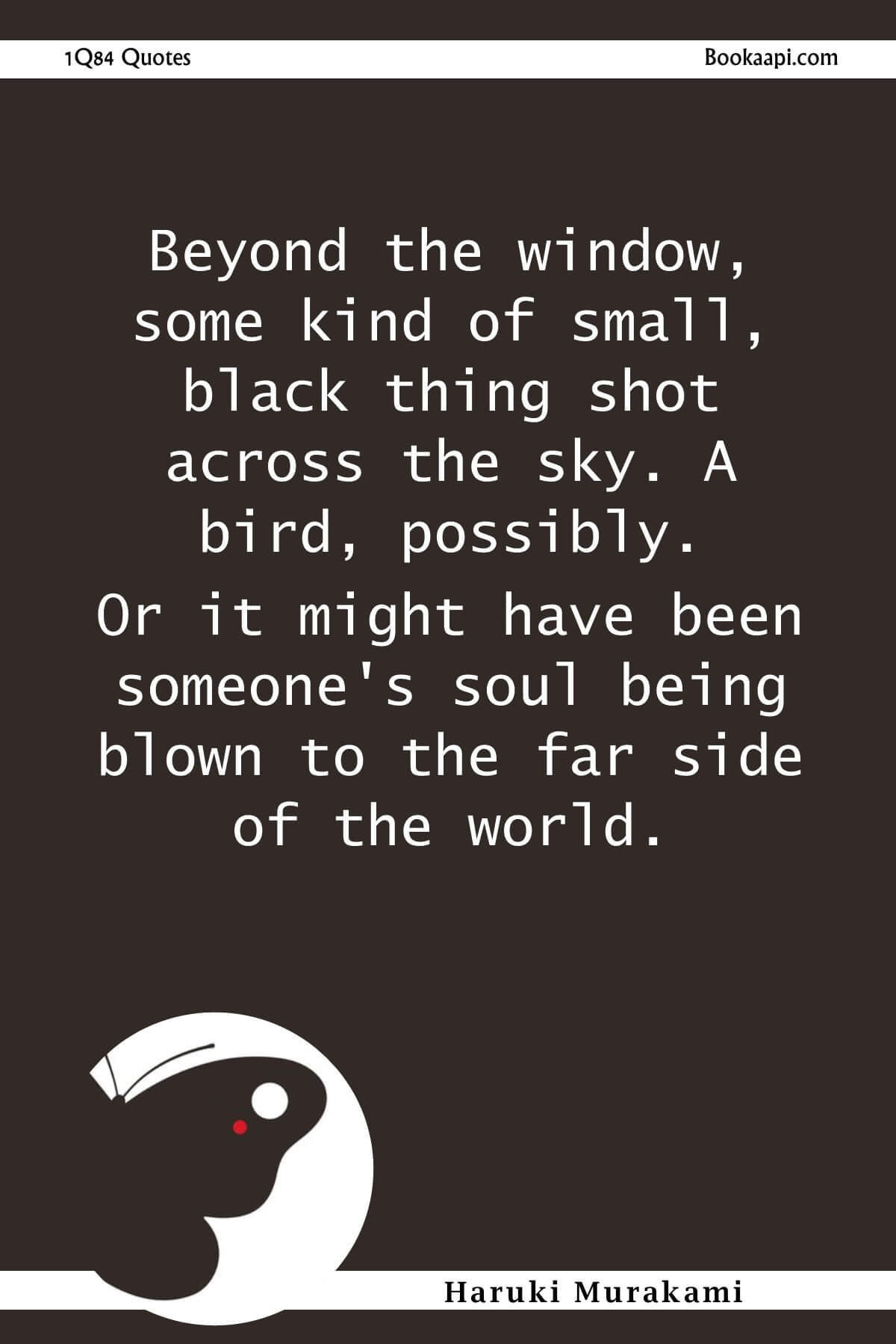 Beyond the window, some kind of small, black thing shot across the sky. A bird, possibly. Or it might have been someone’s soul being blown to the far side of the world. 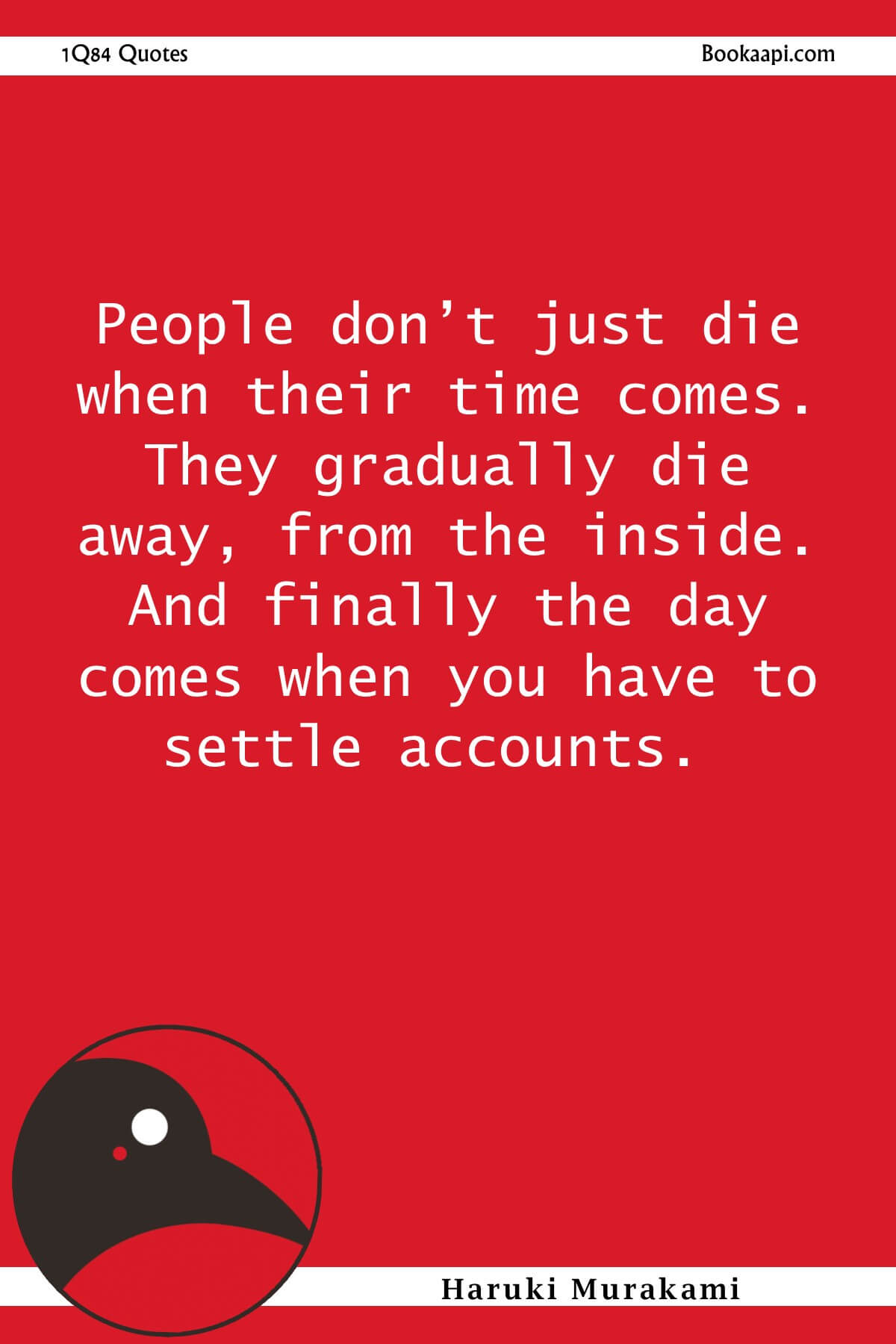 People don’t just die when their time comes. They gradually die away, from the inside. And finally the day comes when you have to settle accounts. 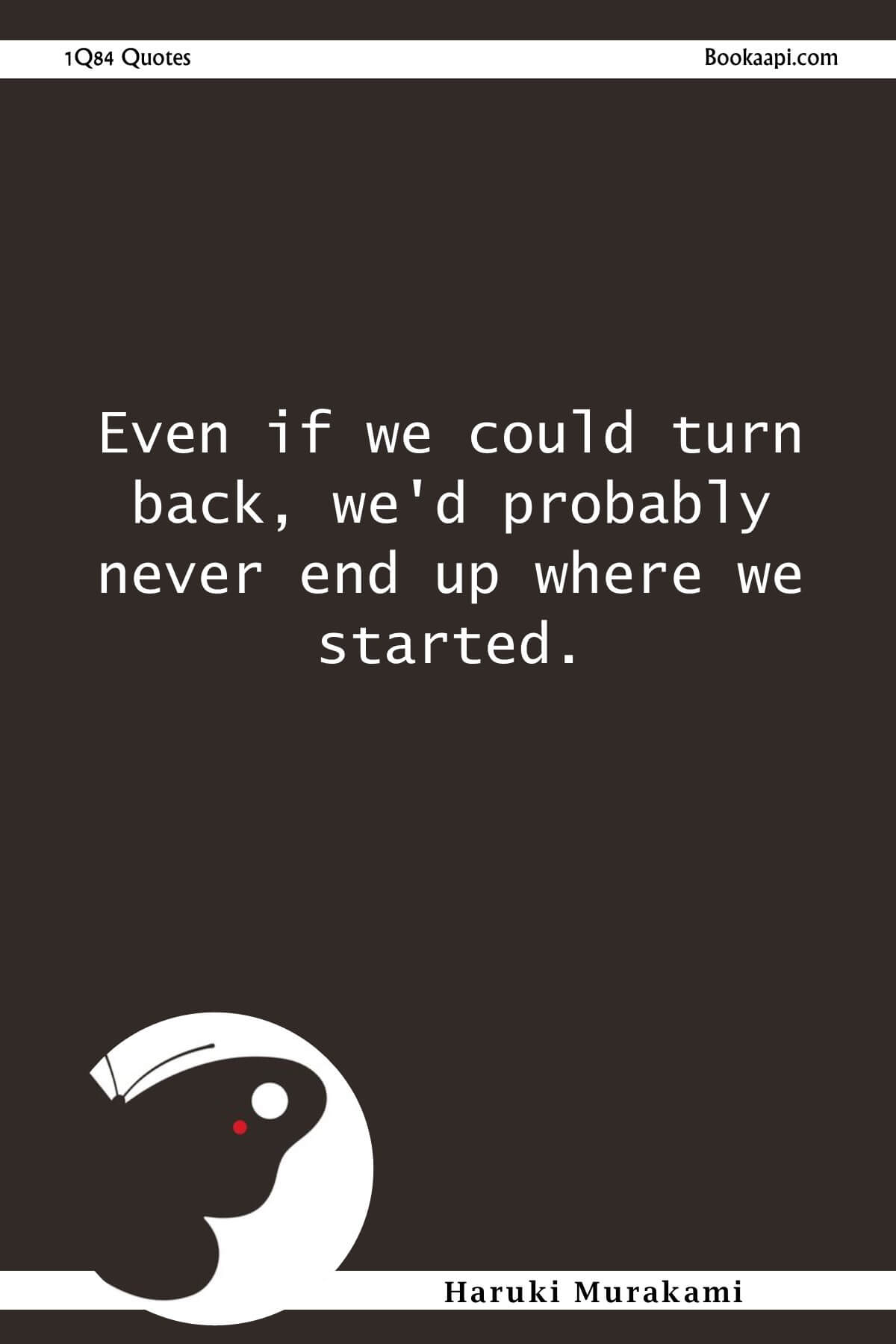 Even if we could turn back, we’d probably never end up where we started. 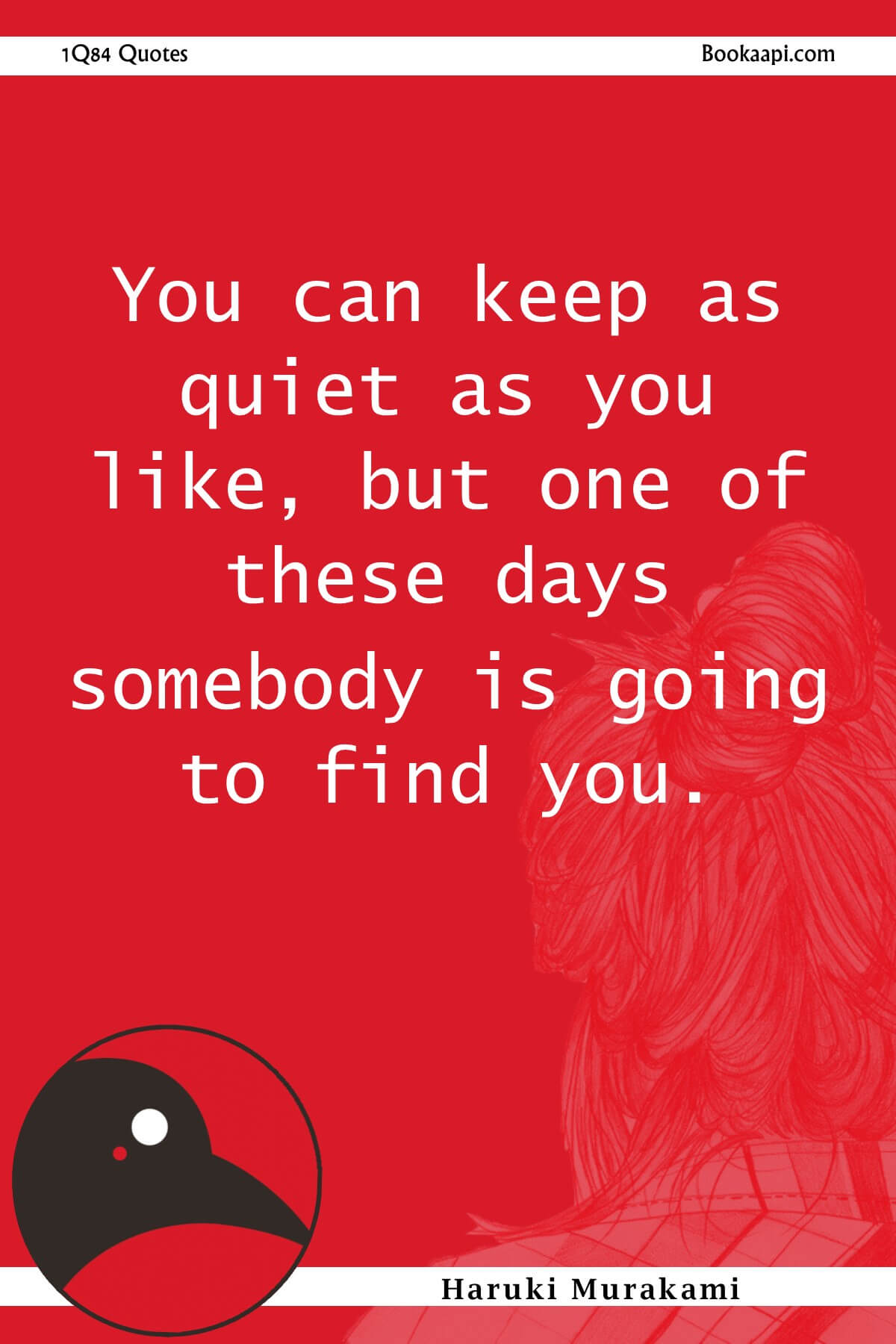 You can keep as quiet as you like, but one of these days somebody is going to find you.

If you like these quotes, you should try the 1Q84 series. It is three book series, full of suspense, heart breaks, and love.

Check out my Amazon Shop.