Notes On A Scandal Book Review –

Another booker nominated book, and of course Notes on a Scandal by Zoe Heller does not disappoint.

Zoe Heller has picked a difficult topic, but what she did is even more difficult. The story of Notes on a Scandal book is not a story, its study of loneliness.

Books have much more themes, but I am focusing on the subject of aloneness.

There are two kinds of loneliness.

The two characters of Notes on a Scandal are alone in their own hard ways. They both find the same solution to their desolation and reach the same place. 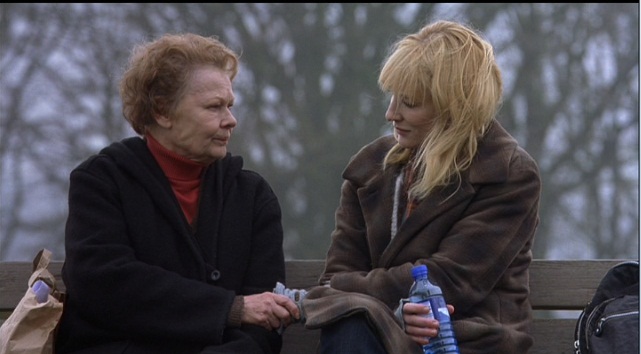 It is a story narrated by Barbara, in a form of notes. Notes on the affair of Sheba and Steven. All about it, with stars, and graph papers, timeline.

But the person included in the affair has no take in these notes. It’s all third-party summary.

Why Barbara writes the Notes?

The present story is from Barbara PoV. The events before the affair gone to press were from the notes, written by Barbara.

Barbara is alone. That we all come to know in the first few pages. But then we get to the pages where she mentions things like this:

Several years ago, saw a woman dancing on the bar in a little bistro in Montmartre. She was very pretty and very, very young. All the men in the place were dribbling slightly. It was a silly thing really, but for just a moment, as I watched them watch her, I remember feeling that I would give anything — be stupid, be impoverished, be fatally ill — to have a little of her sort of power.

There is a thing in some people, they justify their loneliness by saying or thinking that they are smart or intelligent. They blame their superior intellectual for their bad social skills. But then one has to do some justification for their limitations in order to survive. 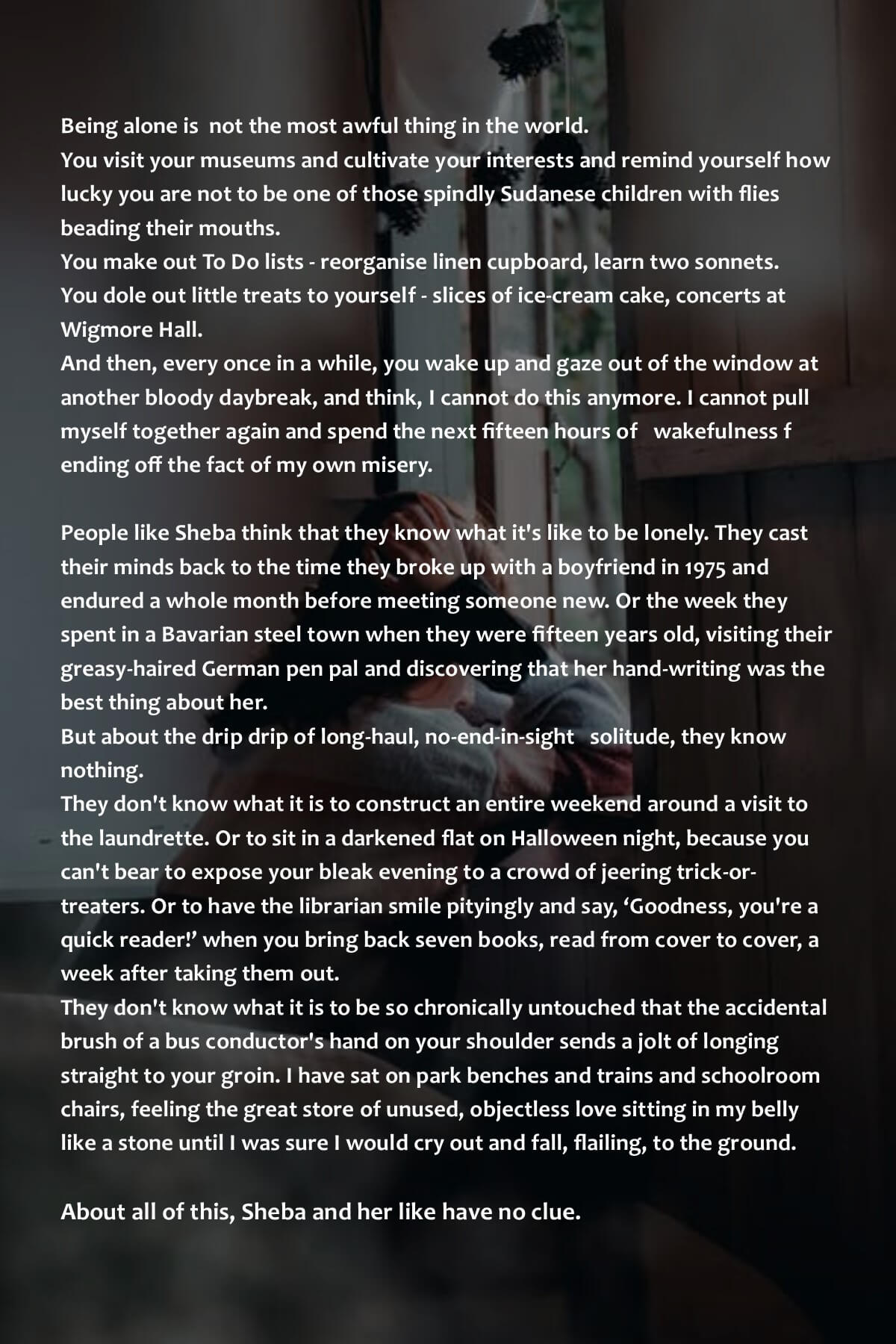 Her cat plays a major role in establishing her character. The cat, I think was the living metaphor for Barbara’s alienation. When Sheba enters in Barbara’s life, Portia began to die.

You cannot underestimate the attachment one can make with their misery. It hurts Barbara a lot when Portia die. Barbara maybe for a sec, thought that Sheba is replacing the cat. But when Sheba does not reciprocate her friendship with the same enthusiasm, she finds herself in the same tunnel she is running away.

The loneliness creeps in. And the Barbara, who has seen the sun for a moment, can’t bear to go to dark again.

The story makes sure that the reader gets how alone and deluded Barbara is.

It comes in small ways, like, Barbara taking time to get ready for the dinner invitation. She offers helps to Sheba in school work. And her jealousy with Sheba’s other friends.

She is everywhere in the book. And not in a good way. Robin proposed a question regarding her:

While Barbara suffers conscious loneliness, Sheba lived her life alone without knowing it.

Kelley York Books Review: Why You Should read Kelley York?

Sheba Hart marry when she was 20 years old, to her college professor.

Basically, she doesn’t live much of her life with the people of her age group. After the marriage, she took care of the kids. And then she was 40.

She joined the school. A school with lots of boys full of hormones, and stupidity. Her classes were in total riots. But gradually she joins the thought of controlling, instead of teaching.

Her relationship with Steven, was motherly from starting, but later turns sexual.

Barbara, as a protective friend of Sheba, does justify this with many factors. Economical, age and freedom to play part in Barbara’s analysis.

But Barbara, with her own bare loneliness, don’t see the loneliness in wrapping paper. But she sees that family does not deserve Sheba.

The family of Sheba is clearly defined, there is a husband, who is pseudo-intellectual as per the Barbara. Teenage daughter, Autistic son, and a mean mother. When the affair opens up, they all left the ship, and the only person left is Barbara.

At that time, we see that Sheba is not much different from Barbara. Sheba does not have sociopathic and manipulative behavior as Barbara, but she could be violent and is brave enough to do illegal stuff for personal enjoyment.

That made them quite a pair. 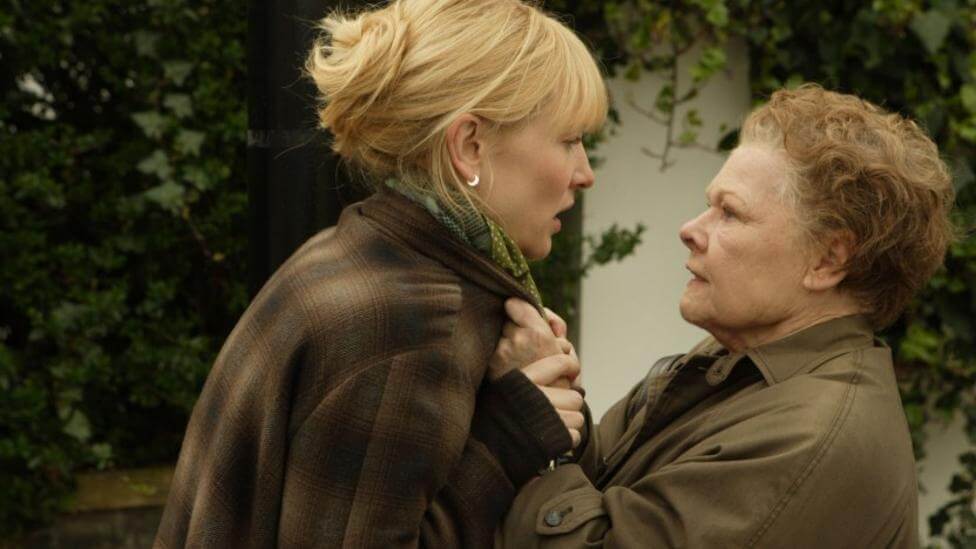 Notes on a Scandal Book – Spoiler

Now, Notes of a Scandal book at first level show the scandal of Sheba a and young boy. If you see beyond that, you see the scandal of Barbara and Sheba.

The book is from Barbara PoV, so we read her biased opinion on Sheba’s family. Only Sheba knows how much of it is true. In the ends, she breaks the bubble of Barbara.

But again, Sheba does not leave Barbara after knowing everything. For the same reason, Sheba never breaks up with the boy.

What is the Thrill?

Zoe Heller is a good writer, no doubt. Notes on a Scandal book of her is fast pacing thriller.

The thrill is here to watch the rise and fall of relationship od Sheba and Barbara. And Barbara’s character is a little crazy, so the writing we get by her PoV is interesting.

In any way, I would agree with the Guardian.

There is also a movie, with a different ending.

But it was okay.

Notes On A Scandal Book Pin So what do you think? Can loneliness can make you rude, mean and bitter. Or these traits make you lonely?