How often it happens that you read a book, and do a google search about the author. And it turns out the author’s life is spectacularly awesome.

Lisa St Aubin De Teran left England at the age of sixteen and, with her exiled Venezuelan husband, traveled extensively through Europe for two years before returning to his family home in the Andes. And I was preparing for the stupid test when I was sixteen.

The first part of The Slow Train to Milan describes Lisa’s motivation to do wild things.

I joined them out of boredom, and then just stayed on.

I find it pretty relatable, as people do stupid and strange thing out of boredom. But what I am unable to understand how a person can be so boring at the age of sixteen.

Then, of course, a girl matures at the age of sixteen, but it still took courage to get married and left the country.

For that, Lisa really does get full marks. From a few lines I read about her on the net, I can only imagine how adventurous her life was. I am not ignoring the difficulties that came with the adventure, but Lisa is proof of what people say “Wandering Soul” and “Brave Lady”. 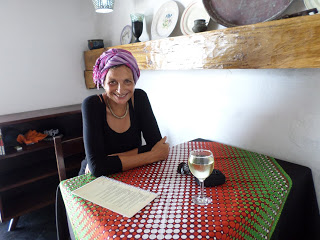 Pic from her site.

Traveling is like flirting with life. It’s like saying, ‘I would stay and love you, but I have to go; this is my station.

Her life is as fantastic as any fiction. I was originally writing the review of Slow Train to Milan, but I realized that the life of the author is much more interesting. These books may capture her life with full honesty, but it can never be as impressive as her.

So Lisa was sixteen when she left the country to roam around the world with her husband. The husband who was double of her age, and exiled from Venezuela, a bank robber, and on International search.

And he was not alone. With him are three other people. Who are as same as him. Running from the Venezuelan government, and many other enemies. They are always running, moving from places to places, living in hiding.

She Impressed Me a Lot

In The Slow Train to Milan, Lisa St Aubin De Teran show the glimpse of the life she lived before she and her husband went to the Andes. She tells how they were partying in one moment and searching the dog-end cigarettes in next moment.

Otto describes Caesar very clearly with a single sentence: All the other people have lost their people and country, but it is different from Caesar, he has lost his kingdom.

In Keepers of the House, published in 1982, she tells about her time in Venezuela, with a pint of fiction. At that time, she was managing the plantation of Avocados and Sugarcane on the land bigger than Scotland.

In Hacienda, she tells the real story of her Venezuelan life. She finds out how her husband, (which you can see in The Slow Train to Milan) turn eccentric, not so capriciously though, she fled from there with her daughter.

Her adventure does not end there. She married to a poet and novelist, and then the marriage ends in less time. She married again and moved to Umbria. Where the new adventure awaits her.

Now she is making libraries.

Her daughter Iseut Teran is also as bold as her mother as it looks like from the articles on her.

This whole Teran family is compelling enough to make a person buys the book and read.

Stronger points are how near Lisa St Aubin De Teran lived among the Venezuelans freedom fighter and Guerrilla Warriors. She has written the autobiography on Otto, with the name Otto.

Otto’s real name is Oswaldo Antonio Barreto Miliani.  He is a popular name in Venezuela. I find him even more popular than Don Jamie. 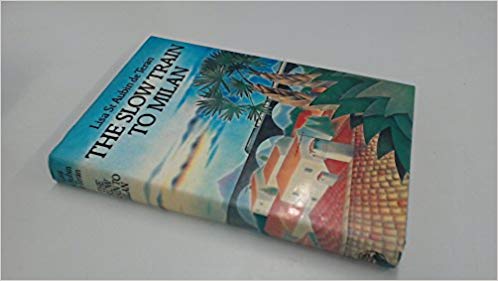 You must read books of Lisa to see the magic of her work. Many reviewers have compared her writing with Gabriel Garcia Marquez. The magic realm she creates is resonating and sound to the core of visuals.

Read at least one of her book.

Maybe you will find something amazing.

Maybe you will get inspired her.

One thing is sure, you will not be bored.

I knew, as every peasant does, that land can never be truly owned. We are the keepers of the soil, the curators of trees.