Ask the Passengers by A.S. King -Motion Is Impossible

Ask the Passengers by A.S. King is the first book I have read of A.S. King. I was thinking of reading her, Kasie West was also on my mind. I decided to give the first chance to A.S. King. Next will be the Kasie West.

Ask the Passengers is a story of a girl, who have lots of question. But she finds everyone around her detached. So she asks the passengers, the passenger flying above.

Astrid Jones seeks answers because she does not know it, and also she is confused that the answer she is seeking is important to seek or not.  😐

Living in the Cave

The Allegory of the Cave summarizes Plato’s philosophy, and also Ask the Passengers.

Let’s have a look at this passage:

And now, I said, let me show in a figure how far our nature is enlightened or unenlightened: –Behold! human beings living in a underground cave, which has a mouth open towards the light and reaching all along the cave; here they have been from their childhood, and have their legs and necks chained so that they cannot move, and can only see before them, being prevented by the chains from turning round their heads.

Socrates challenged the wisest by saying that, ‘wisest is he who knows that he does not know’.So knowing that you don’t know is better than saying you know. 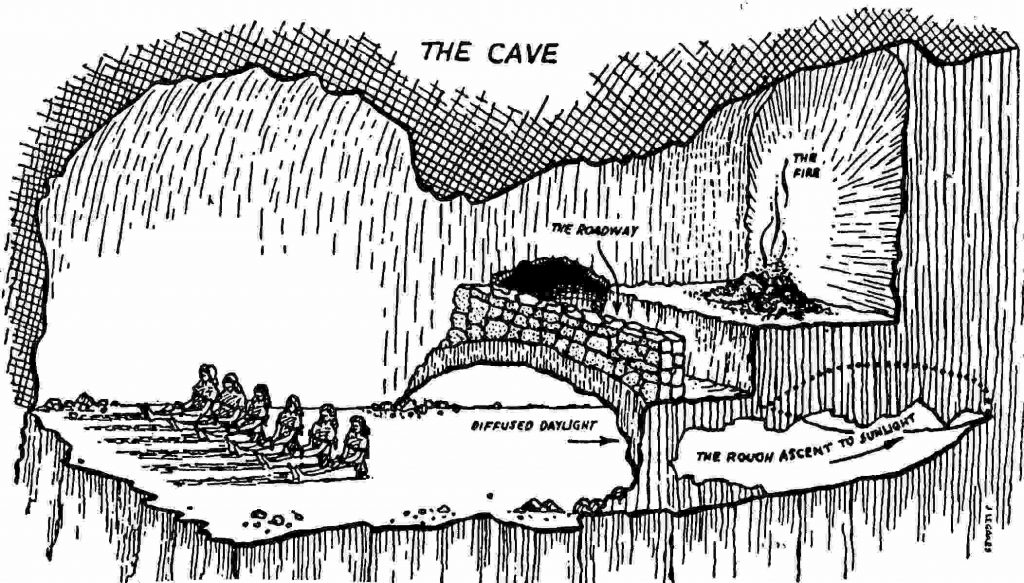 The Allegory of Cave Illustration | Source

One of the important prospects of living in the cave is one person leaves the cave, and experience the outside world. When he comes back and tells it to fellow cave people, they will consider him mad.

Here, living in the cave means not accepting. Thinking the way things are happening is right.

So when a person tries to deviate even a little bit, cave people call him crazy.

Another philosophy theory that prevails in the book is of Zeno’s paradox, that Motion is Impossible.

Watch the video to understand the paradox.

The protagonist totally fights with Zeno in the whole book. First with absurd logic and then by her moving life. In the third quarter of the book, the motion stopped, yes, but that does move soon.

The motion is possible or not possible, the question again is if the subject is willing to move if the motion is possible. Because the allegory of the cave tells that the person does not want to move, and when one moves, he is lunatic for other people.

But then how can you defend that moving is, in fact, positive? Then again, is pausing positive?

Who will decide to move or to pause? — The Cave People or The Person who came back from outside?  😕

Ask the Passengers by A.S. King

Ask the Passenger is quite a funny read.

What I liked most is the character of Astrid father. He is a loser by the societal terms, but when you actually analyze the situation, you see that no one wins.

Is being the loser so insulting if no one is winning?

All those people who are chained here thinking that their reputations matter and that this little shit matters are so freaking shortsighted. Dude, what matters is if you’re happy. What matters is your future. What matters is that we get out of here in one piece.

However, he turns out to be the winner, the person for who have experienced the impossibility of the motion, and hence, now have stopped to move much. But, he already has moved.

You really move when you accept the fact that you can not move. Knowing not knowing is knowing.

Is it a Fun Read?

Surely. WIth funny characters, the book takes you to the journey of a self-discovery of a lesbian girl.

You have to get the support of other people too, but most important here is that if you really want to go outside.

Can you handle it when you are out? Or do you really want to go out?

It is not about wisdom that you will find outside, but A.S. King has managed to make the allegory of the Cave a metaphor for the gay people accepting their sexuality.

Astrid’s not knowing her sexuality, that was annoying, actually the cave person trying to understand if the light outside is really what he needs. Or is it just another illusion?

In the end, Astrid Jones finally accept the love. She was sending the love from the beginning of the book to random passengers flying above.

“Okay. I sent them my love because I didn’t need it here,” I say. “Mom never loved me, and Dad was too busy doing other stuff, and you didn’t love me because Mom had turned you against me, and then when Dee came along, I knew I couldn’t love her even though I love her more than anything. But I knew I wouldn’t be allowed. Not by Mom, not by Unity Valley. Not by you. Not by anyone.”

For once, a passenger sends love to the ground, and she feels it, she accepts it.

She keeps it in her heart. Whatever future contains, for now, Ask the Passengers ends happily. 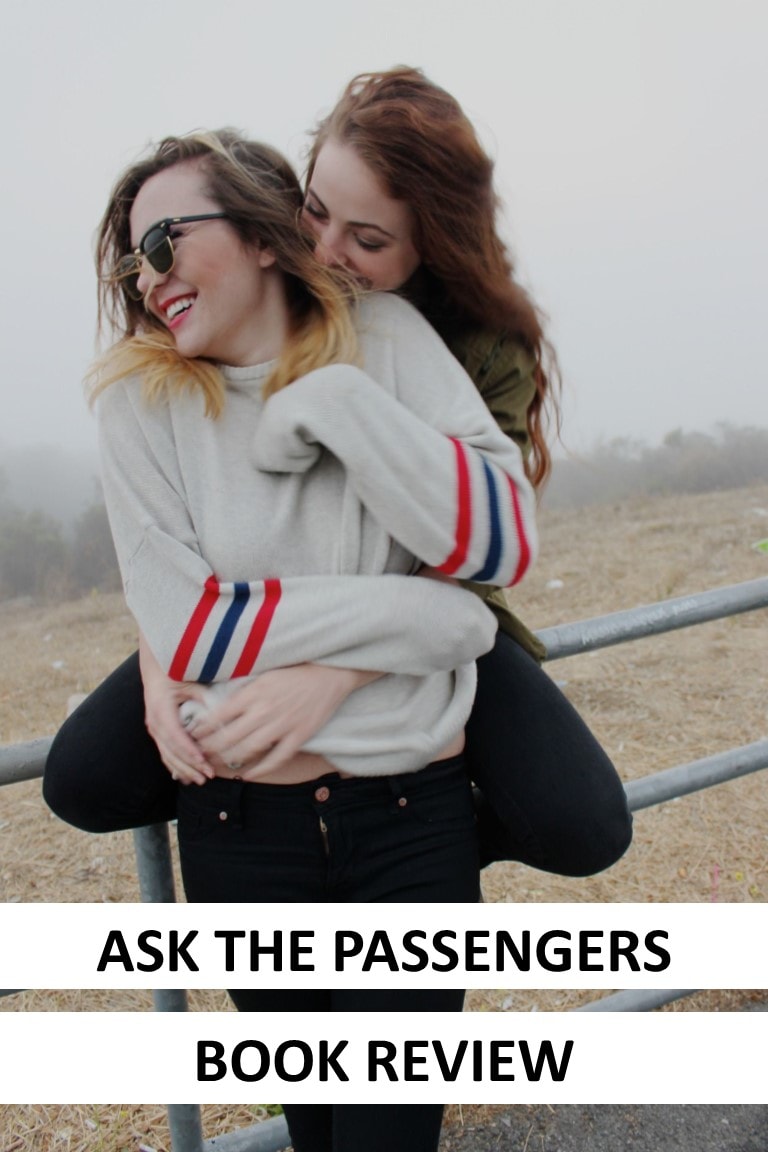 I don’t know what was the deal with her mother, but I think, it is for the conflict purpose.

We all need a conflicting character in a story, that helps us to make the protagonist life a tough, in doing so the character grows.

Character Development is important. I wish there was more to her parents, the dynamics of them was thrilling.

I am going to read Kasie West now.

Bye. And if you gonna buy it, do it from my aff Link.