How to Fall in Love is the second novel of Cecelia Ahern I read. So this is the second time her book has disappointed me. At least this one is small, Lyrebird is big and totally boring.

I always assumed that Cecilia Ahern, Nicholas Sparks, and Sarah Dessen writes similar books. After reading two of Sarah Dessen and two of Nicholas, it is pretty clear, I am not that wrong.

But I like Sarah Dessen more. Cecelia Ahern is a little bit more pink for my blue attitude. Tbh it is not a fault of Cecelia Ahern, it is mine.

You cannot expect anything much from a chick-lit. Chick-lit is supposed to be a predictable romantic story with all the fictional romance cliche a person can imagine.

But still, How to fall in Love is kind of her popular book, and if this is her best, I don’t want to read more by her.

This is a type of story where one person saves another person. Then they spent some time together, because of some lame reason. They solve each other issues, and then both fall in love.

No one admits it.

Then they do it in some dramatically passionate way.

This type of story has been written so many times that you cannot imagine. It is the Super-Hit formula. But sometimes writers do hard work and create a universe and world around the characters, and gave them a backstory. Then sometimes, they don’t do anything, they do basic writing.

That makes the difference between award-winning writers, like Melina Marchetta and Chick-lit writer Savi Sharma.

This crappy romance writing could be popular, but you cannot like it. You can enjoy it but you cannot re-read it. I read Made of Stars again and again, and there is a good reason.

Why do you make a Gold-Digger girl look so in love?

I am totally sure Christine is not in love with Adam. She is the person who cannot love anyone. She wants the thrill and some adventure in her life.

Some people have that urge to solve the problem of other people so they can ignore theirs. Christine does that. She broke her marriage just because she does not feel sufficient.

Then she saves a person from suicide and promised him to fix his life in 12 days. She does.

And when she finds out that Adam is actually a Super-Rich man, she starts fantasizing him. I can look through her act.

My problem is how smoothly books shows that it is not actually about money, or girl-being-bore-with-her-life-so-creating-drama type story, but a love story of a girl who breaks all the chains and achieved her dream lover and dream life. And she deserves all the love she is getting.

If the story would go three chapter after the marriage of Adam and Christine, surely she will cheat on Adam with his good-looking friends. Because once a Gold-Digger gets the money she moves to adultery.

So technically, Christine has three sisters. All of them successful lawyers.

Her dad is quite a busy man. lawyer, and above all a feminist. If that was not enough, the book threw the fact that her mother did the suicide. Jojo Moyes has written better feminist characters.

When he feels sad about it, her daughter says, “Dad, you helped the mother, this is what she wants.”

I mean yes, this is what every suicidal person wants, to die. So the best way to help them is to let them die. Why the hell she is saving Adam then. Help him to die na !!

Making a male character feminist, so he becomes a feminist before or after the suicide of his wife. Or his four daughters forced him to be a feminist. I think he is not a feminist he just playing with her daughters. 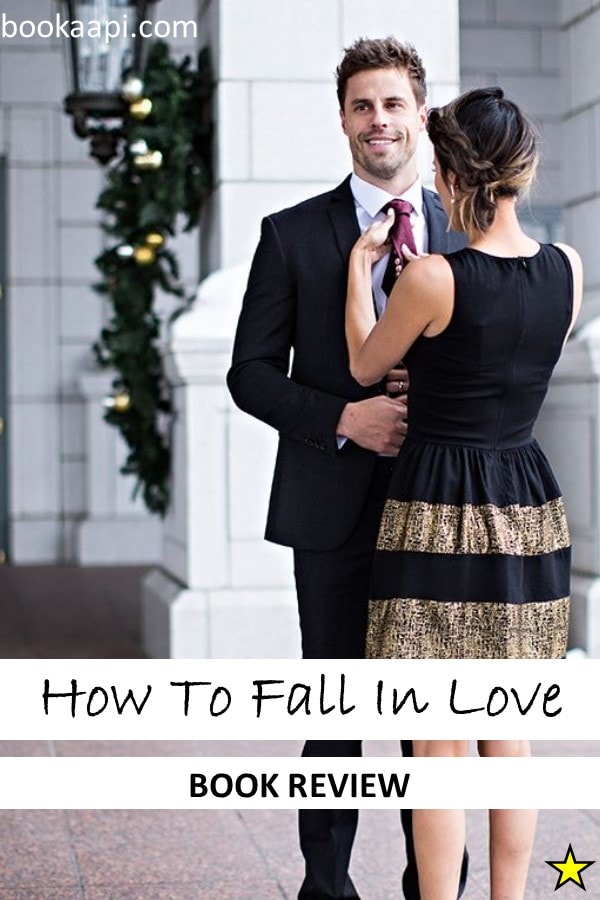 How to fall in Love by Cecelia Ahern

If you think Chirstine is an idiot, well Adam fail her.

Just see the list why he wants to kill himself.

The only likable character in the whole book is Mr. Dick.

I think the writer makes it clear by naming him, Mr. Dick that she wants all her female audience to hate that character. But he is a most likable character.

Are these points are supposed to make me hate this character !!

Why books want you to hate him:

Mr. Dick is everything a successful human made of. Will, power, consistency, and strongly motivated.

For the hell, Christine’s father made all of his daughter lawyers. A family business.

Christine rejected it, and so she supports Adam to reject the family business too.

If the story is painfully stupid, ending lowers the IQ to the level before I read the Time Crawlers.

What goes in the writer’s mind before that ending:

So Christine is actually the author of How to Fall in Love. But they published by changing the name and as fiction. So no one can find them.

How to fall in love is not fiction, but a real story. Amazing is not it !!

Yes, the real story of every Gold-Digger who think she is doing it for love, not for money.

How to Fall in Love by Cecelia Ahern?

I cannot fall in love. So basically the book failed to teach me How to fall in Love.

You may hate me after reading the review if you are a fan of this headache book. Don’t.

Come on, fall in love.