Top 10 Klara and the Sun Quotes by Kazuo Ishiguro

Loneliness – that is the first word that comes to my mind whenever I hear Kazuo Ishiguro.

In his latest book Klara and The Sun, he devises the narration of an Artificial Friend to observe the loneliness.

In a few Klara and The Sun Quotes, you will see what I am saying.

This is the first novel of Kazuo Ishiguro after winning the Nobel prize of literature in 2017.

Sometimes I wonder does the award actually matters to the author or anyone. Like the person is not going to stop doing what he is doing after winning the best of the best award.

But whatever, in Klara and the Sun book, Kazuo Ishiguro pen down another moving story.

Klara and the Sun Quotes 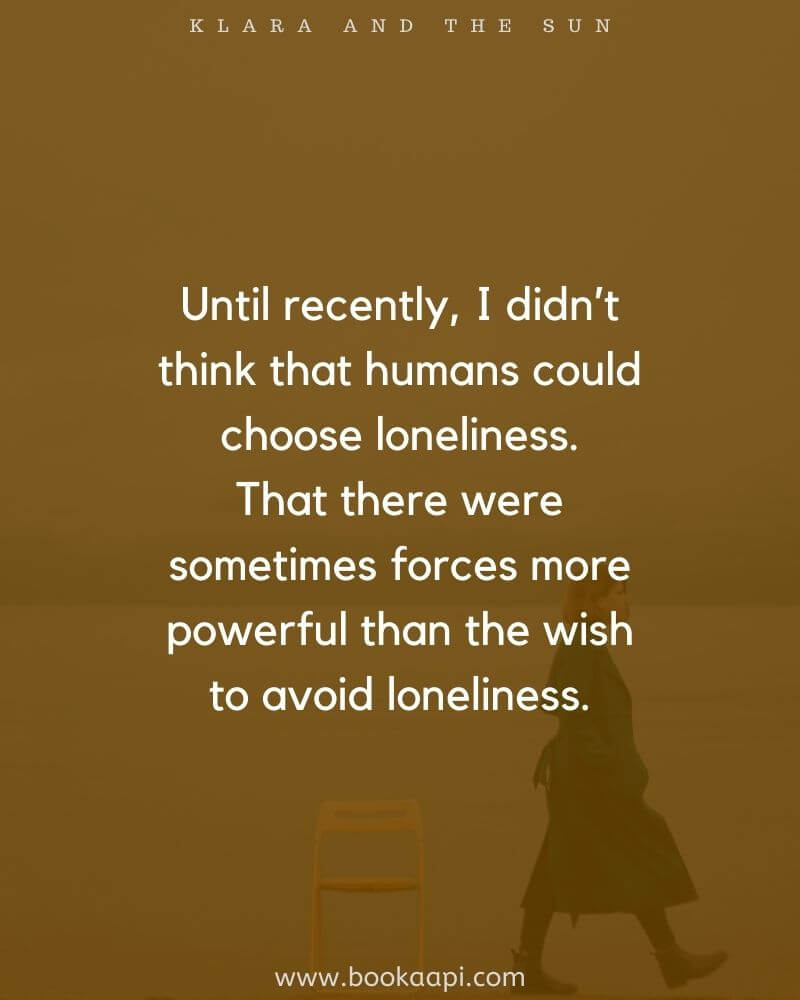 Until recently, I didn’t think that humans could choose loneliness. That there were sometimes forces more powerful than the wish to avoid loneliness. 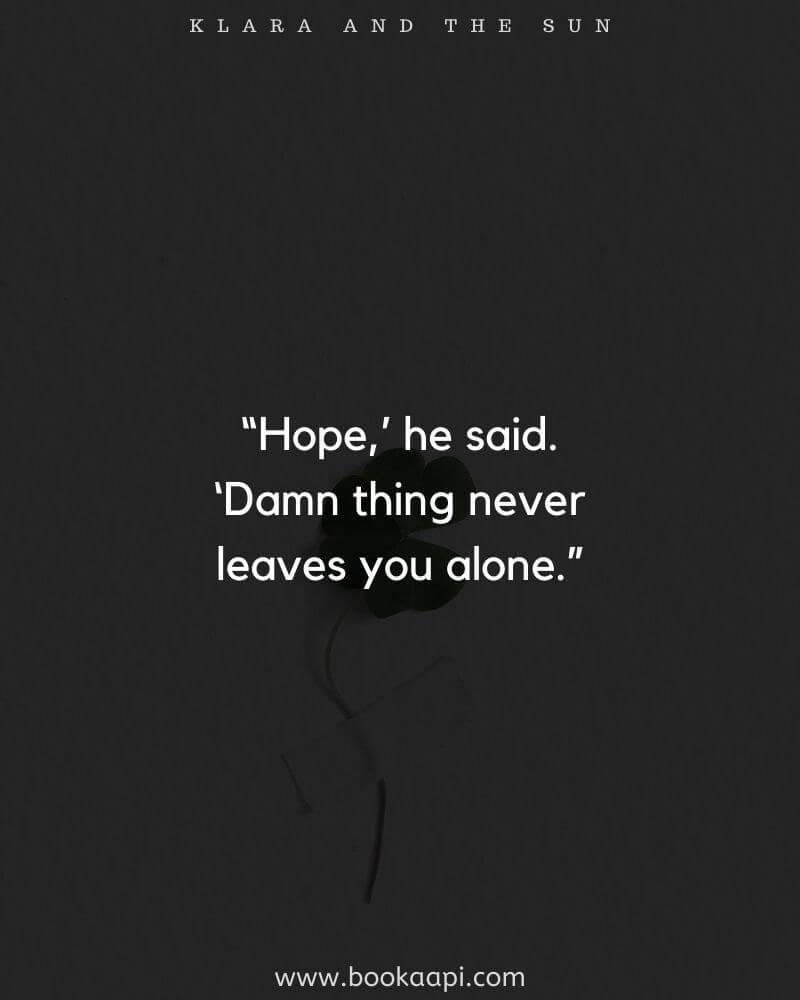 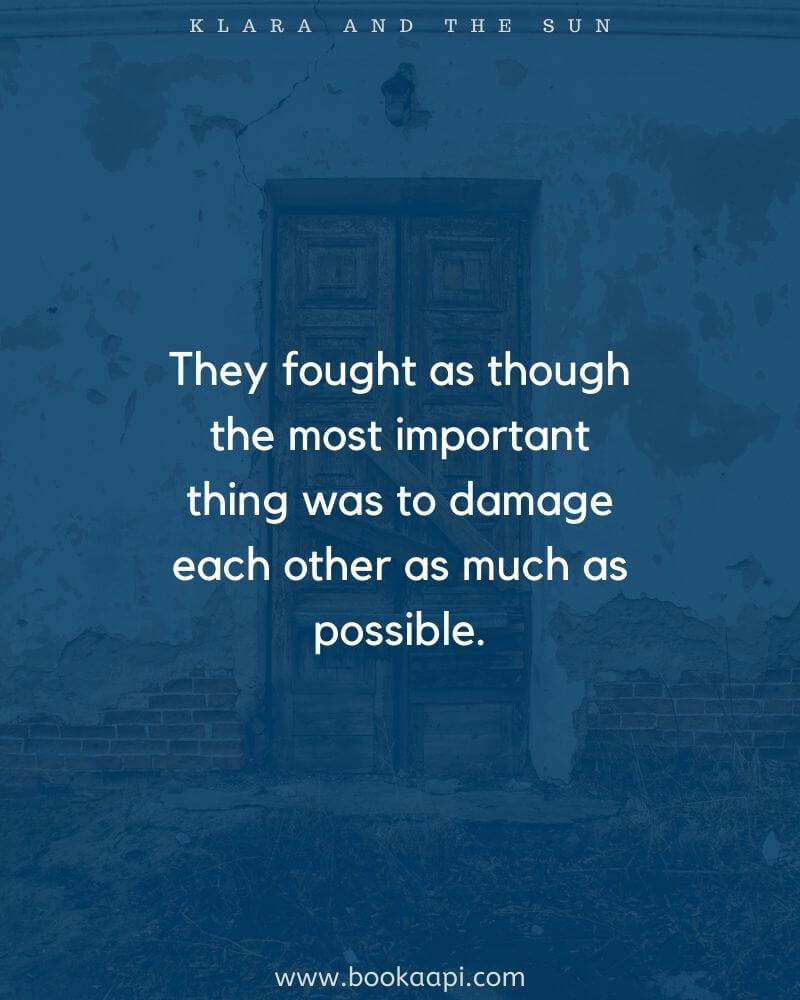 They fought as though the most important thing was to damage each other as much as possible. 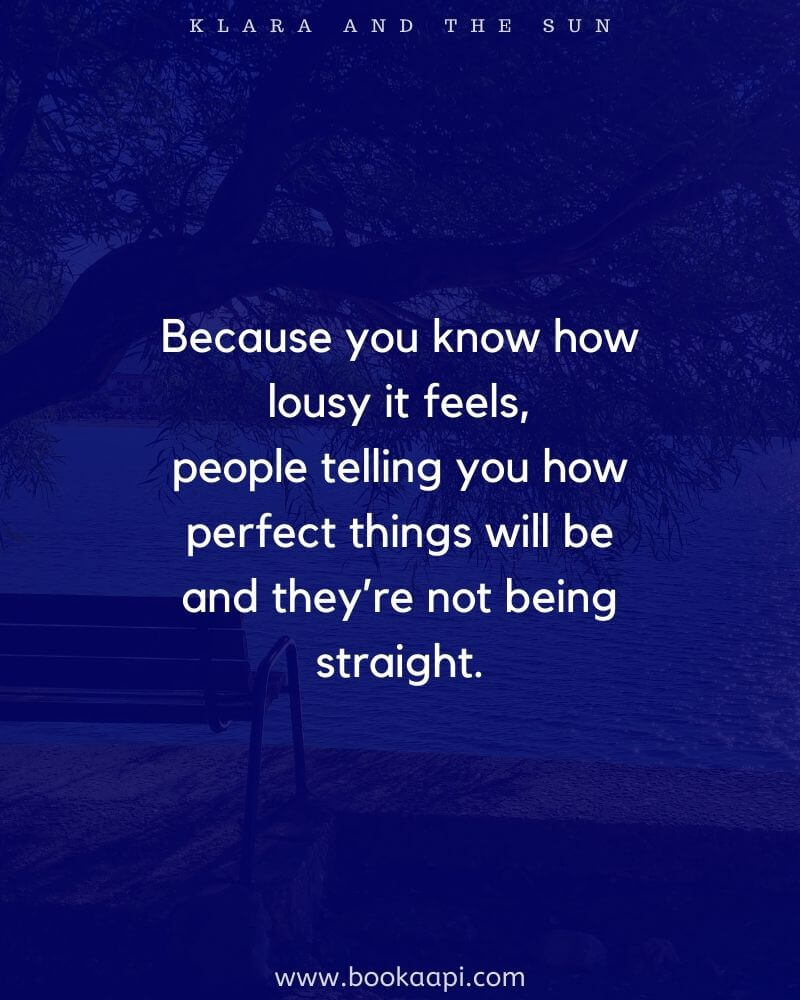 Because you know how lousy it feels, people telling you how perfect things will be and they’re not being straight. 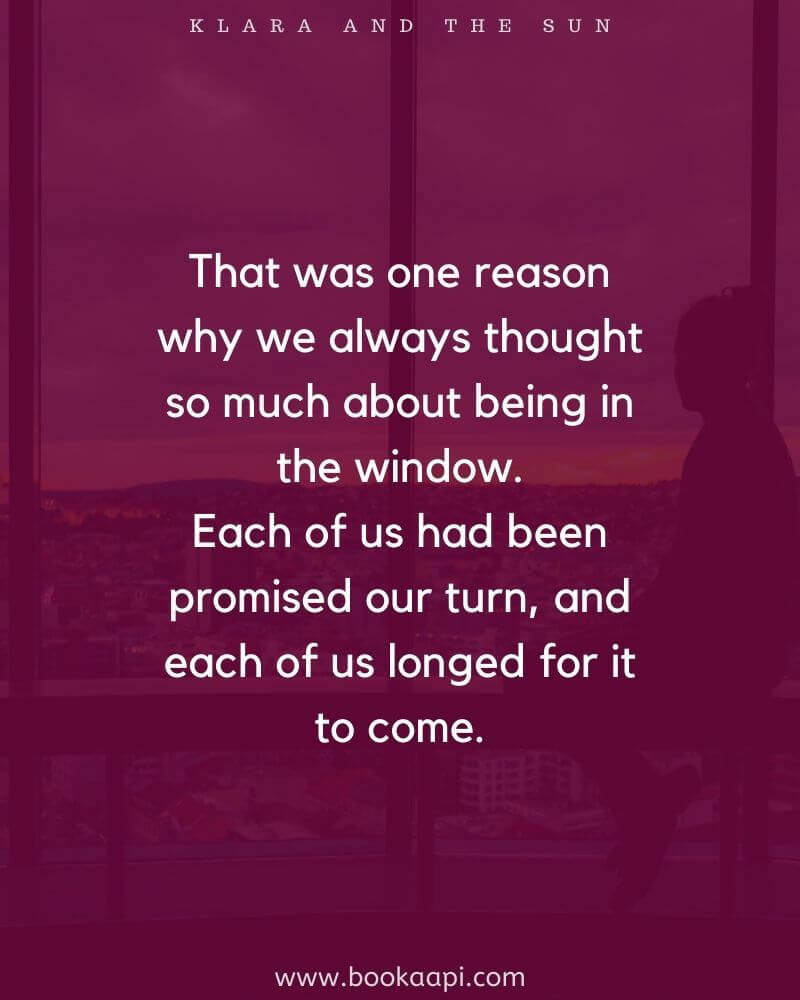 That was one reason why we always thought so much about being in the window. Each of us had been promised our turn, and each of us longed for it to come. 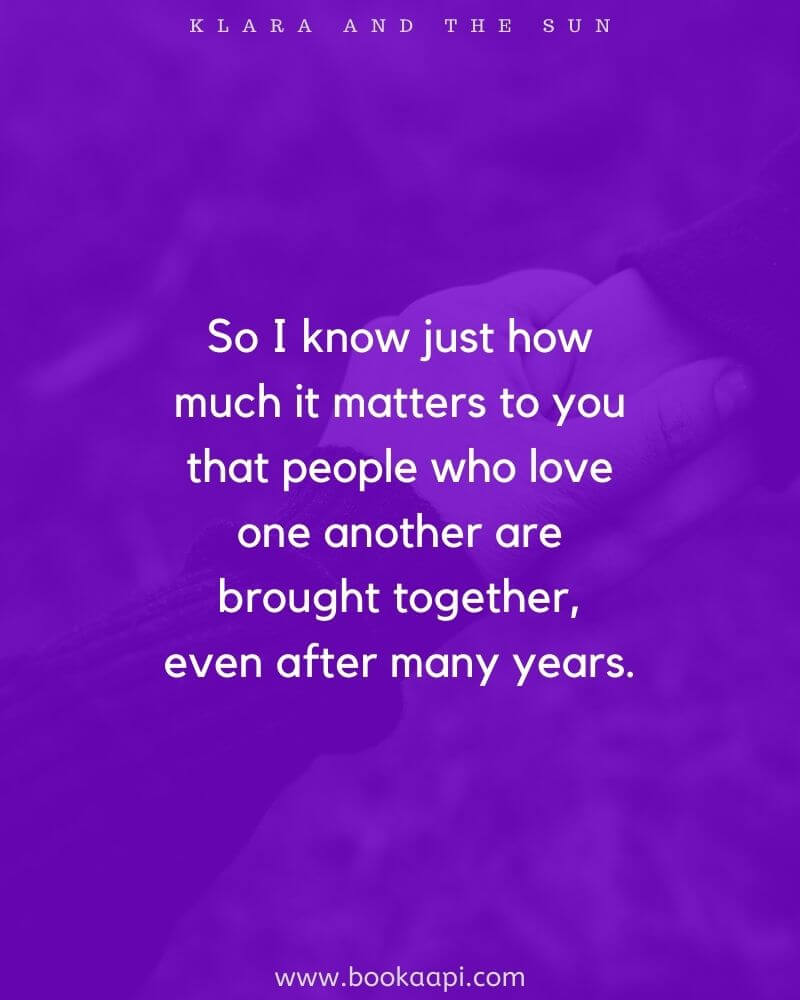 So I know just how much it matters to you that people who love one another are brought together, even after many years. 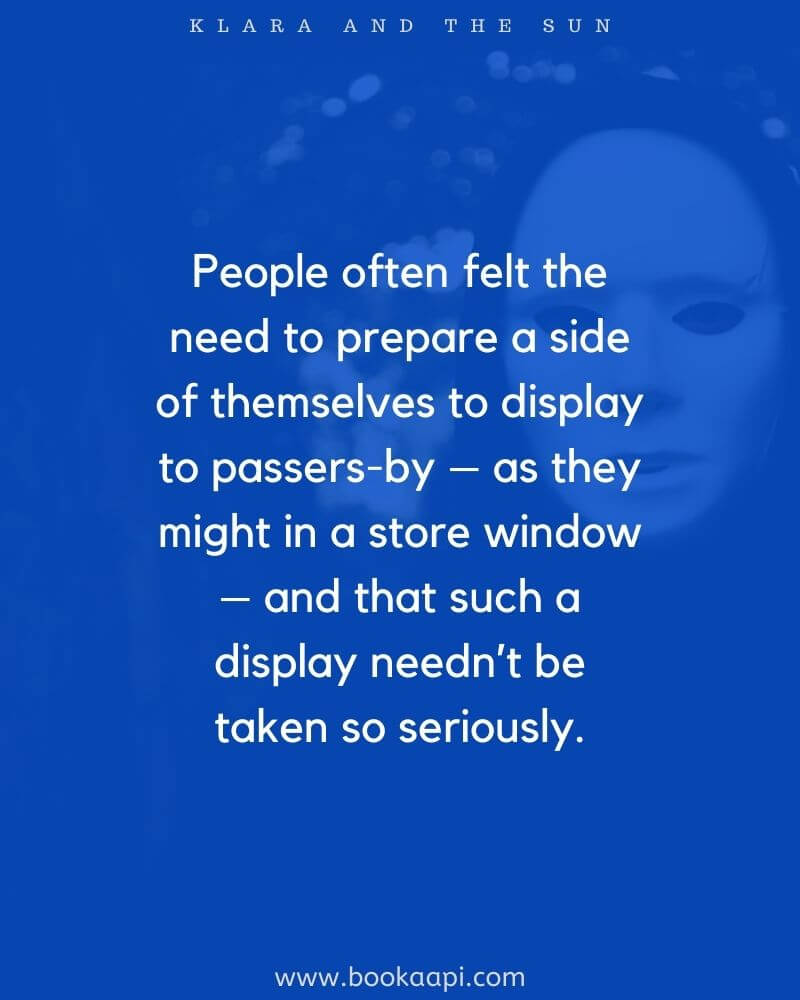 People often felt the need to prepare a side of themselves to display to passers-by – as they might in a store window – and that such a display needn’t be taken so seriously. 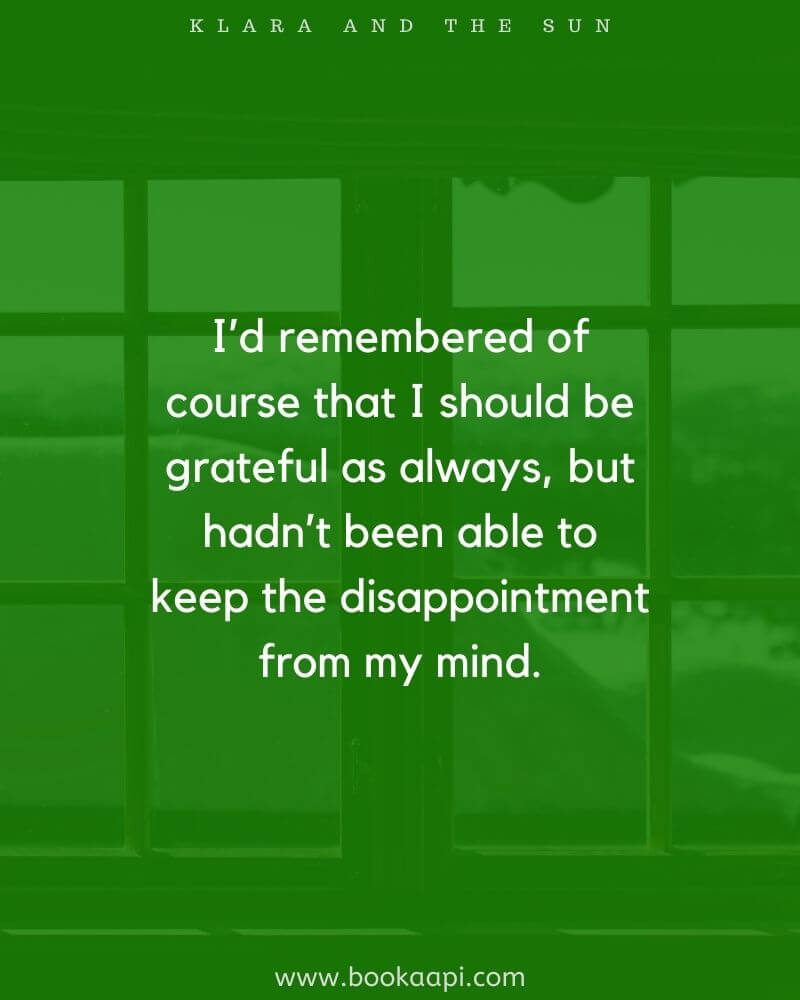 I’d remembered of course that I should be grateful as always, but hadn’t been able to keep the disappointment from my mind. 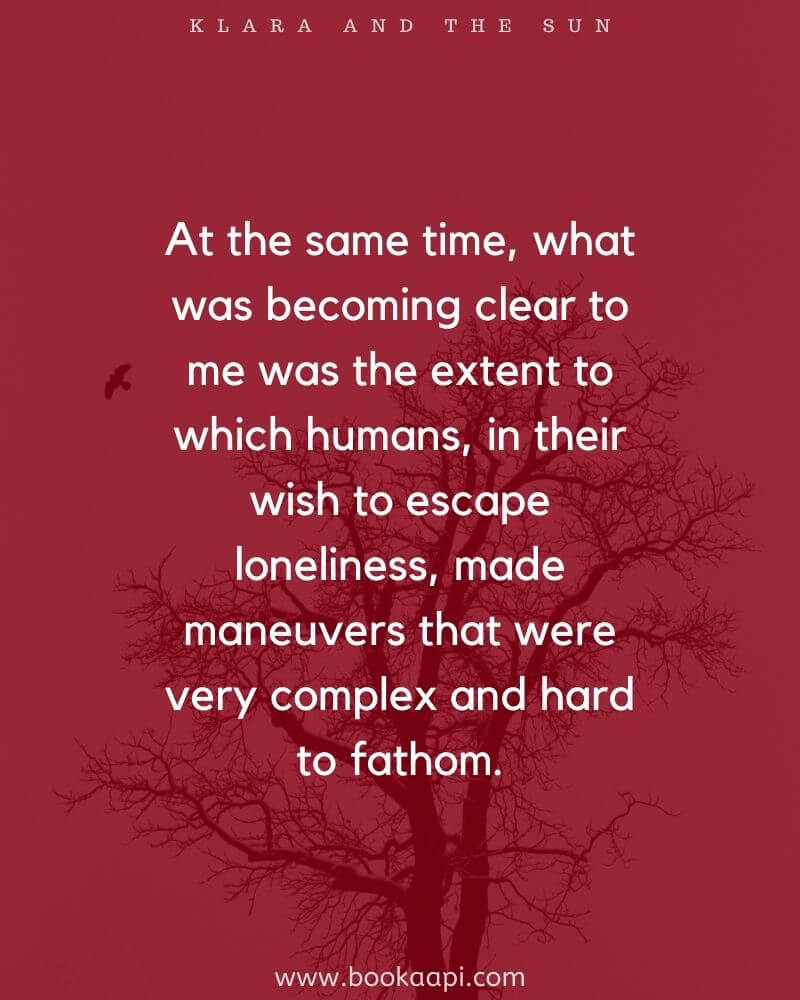 At the same time, what was becoming clear to me was the extent to which humans, in their wish to escape loneliness, made maneuvers that were very complex and hard to fathom. 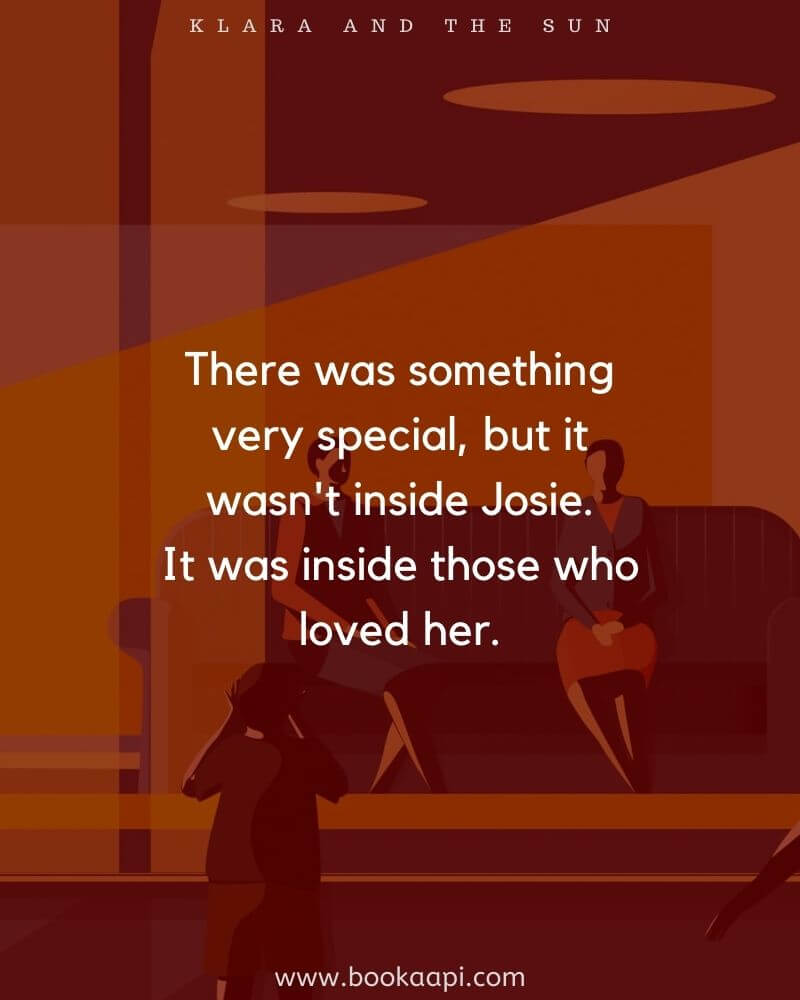 There was something very special, but it wasn’t inside Josie. It was inside those who loved her.

Klara and the Sun Quotes

Do you enjoy these quotes?

Kazuo Ishiguro is known for writing about loneliness, love, and regret.

Regret might be the rudest thing to come out of pandora’s box. All the missing opportunities when can look back, and do nothing about them