First of all, if you are a fan of this book, please don’t read this post.

Fangirl was awesome, a little bit too pink for me, but Eleanor and Park is a different level cheesy.

A love story of a Fat girl and an Asian boy. The language is full of cliche romantic sentences. 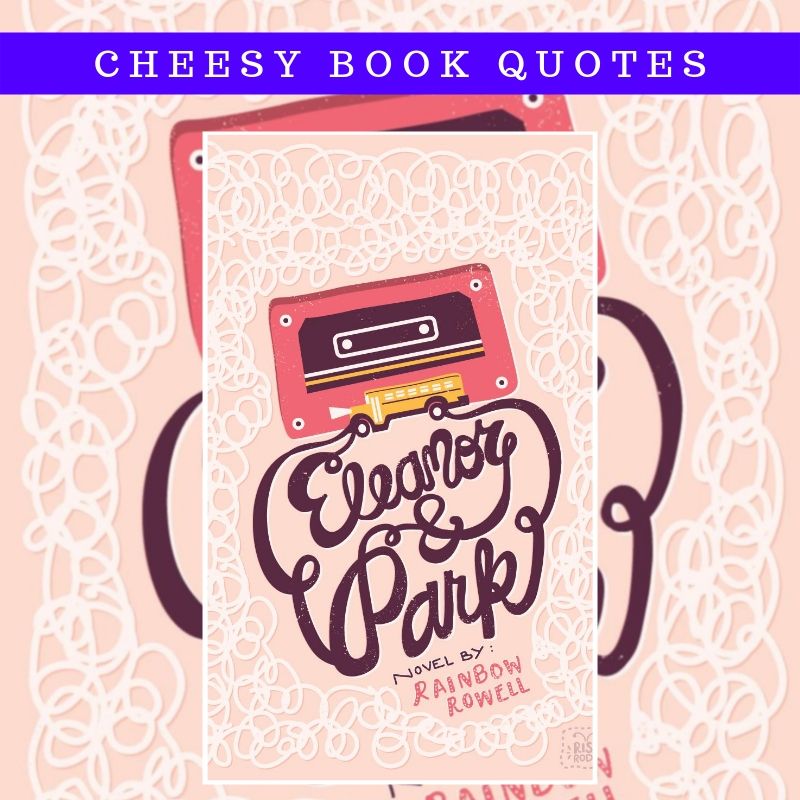 I know authors always write teenage romance as some sort of forever love kind of thing. Well, they are the targeted audience, and at that time teenagers are seeking the permanent thing.

Because life is changing at a fast pace at the time. And Young Adult people want something solid. So, the authors show them the dream of true and long-lasting love.

But often we forget that teenage might want true love, but they are not able to do that. Rare of the cases get successful in doing that.

As people become mature they understand that love is more of a compromise and acceptance than wanting and having.

So usually, the characters of such romantic books, despite the young age, do behave like adults. They become annoying, but they sell to the younger audience.

After everything, the bookselling is also a business and a profession.

But let’s see some cheesy Eleanor and Park quotes. 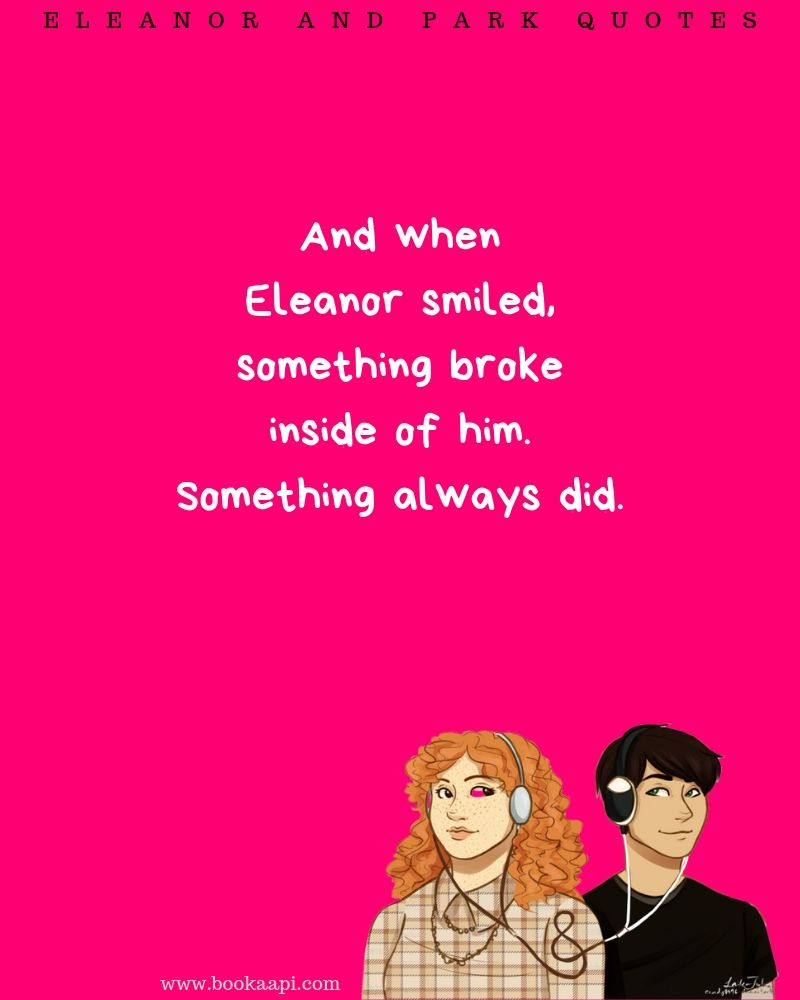 What broke your heart or lungs. Saying “something broke inside him” is a way to tell that he missed something from himself. But it is the most common, old, and used way. 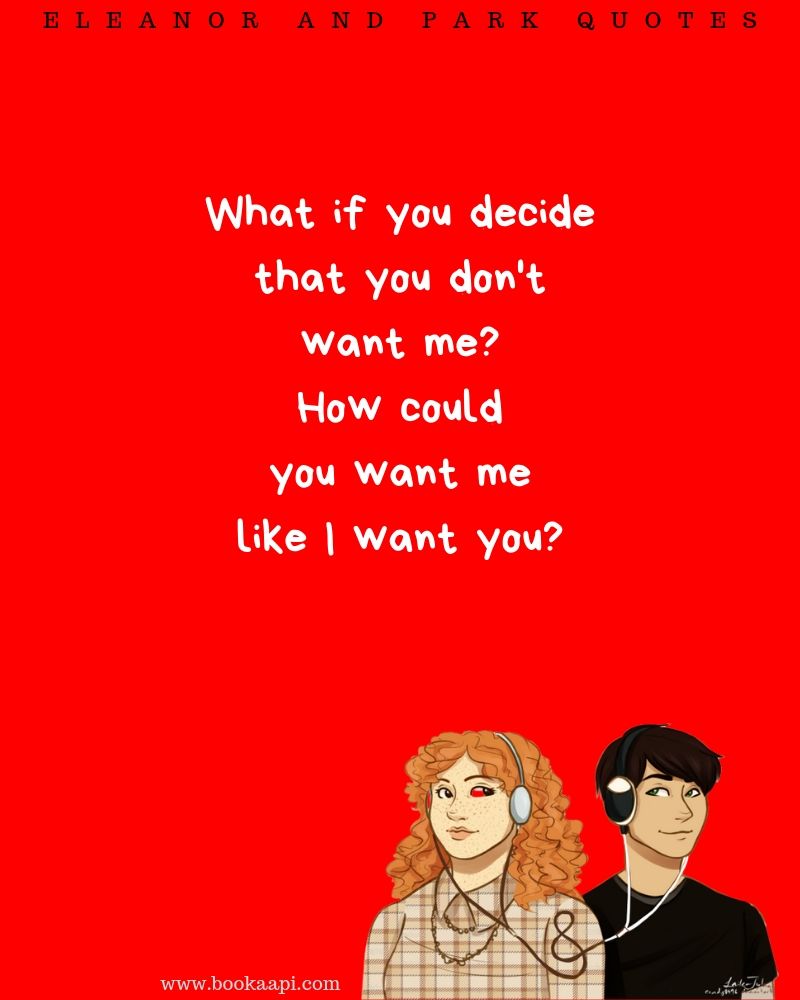 Does not matter if the girl said this or boy… It just shows how desperate one is for the another, how clingy. 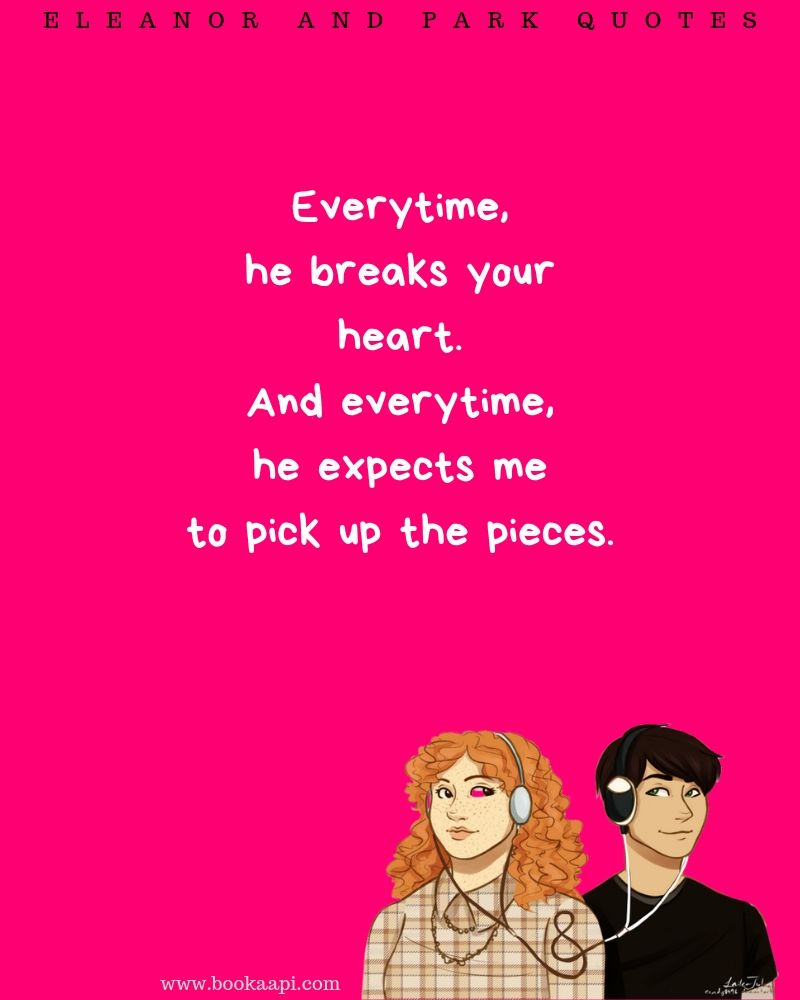 duh !! The mentality of this type of book push that one person has to pick up the pieces of another person.

The saddest part is people do believe that someone will mend them. But in reality, only you repair yourself. No one else. 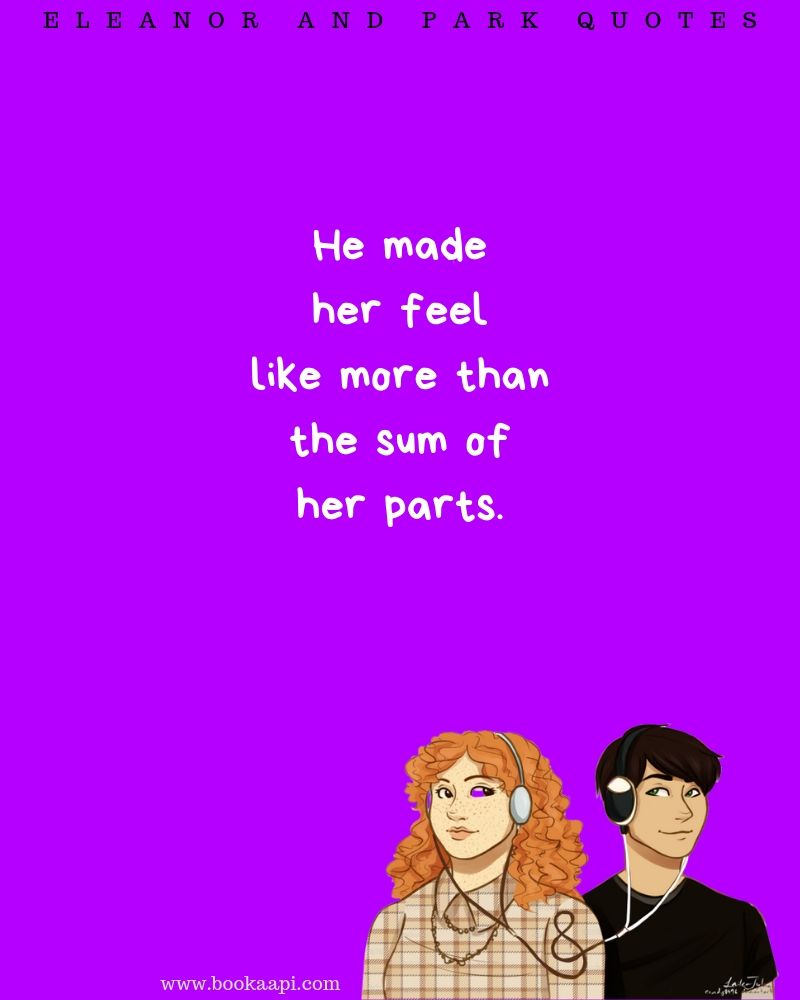 Not gonna tell how many times I have read lines similar to this one. But John Green did the best version in paper Towns. 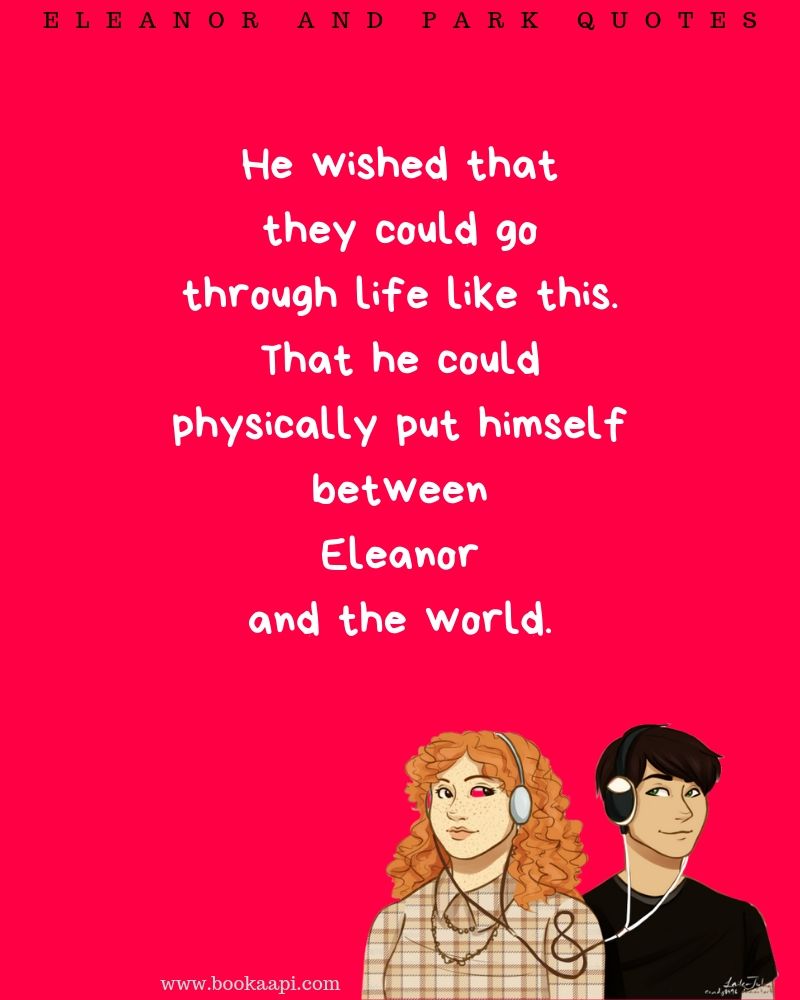 Again, a person trying to save another person, and calling it love. You don’t realize how easily the feeling of protection converts into possessiveness. 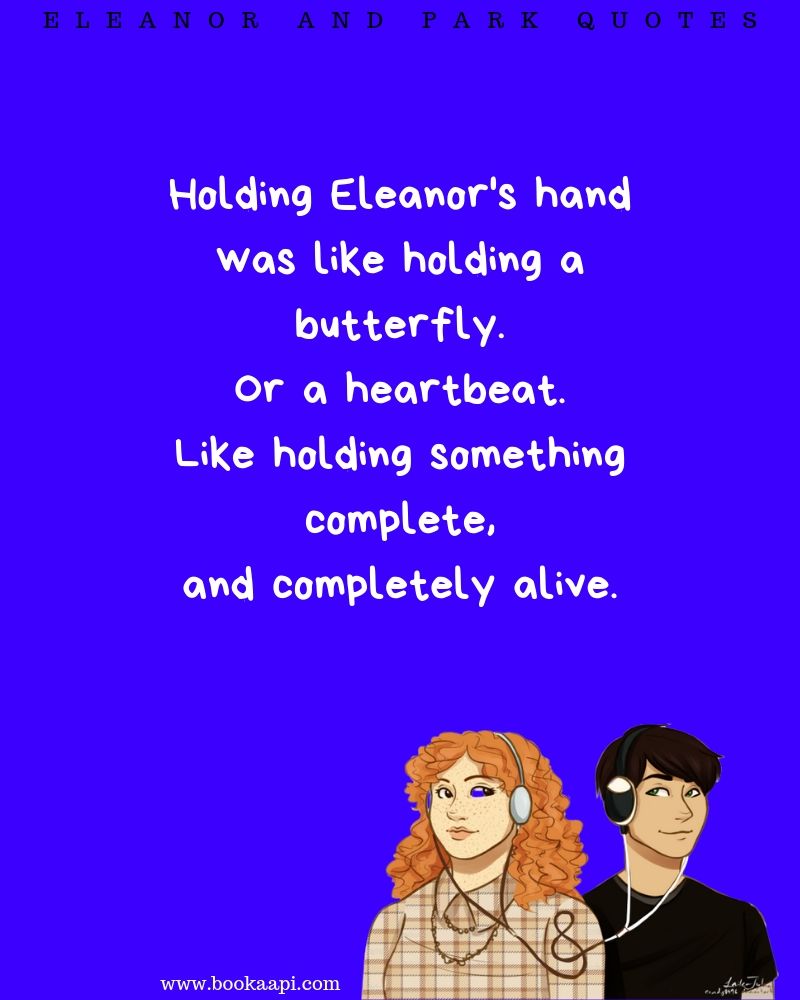 Yeah !! This I understand.

Eleanor was fat, and fat people have fat fingers, so they do feel squishy and kinda alive. 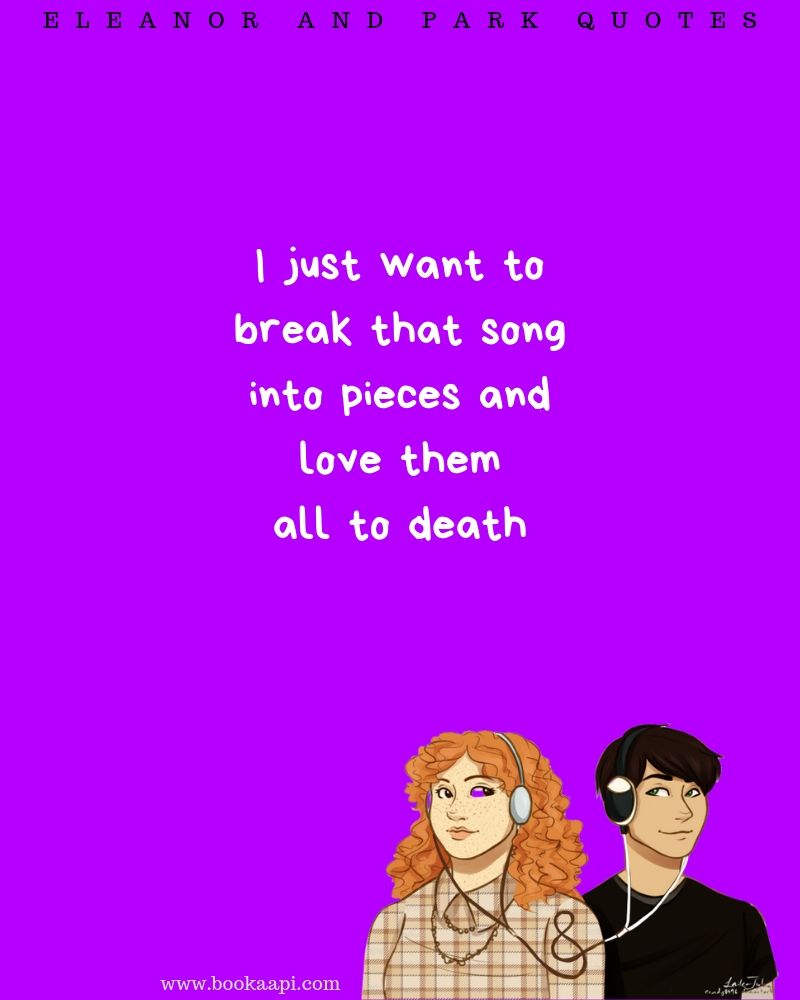 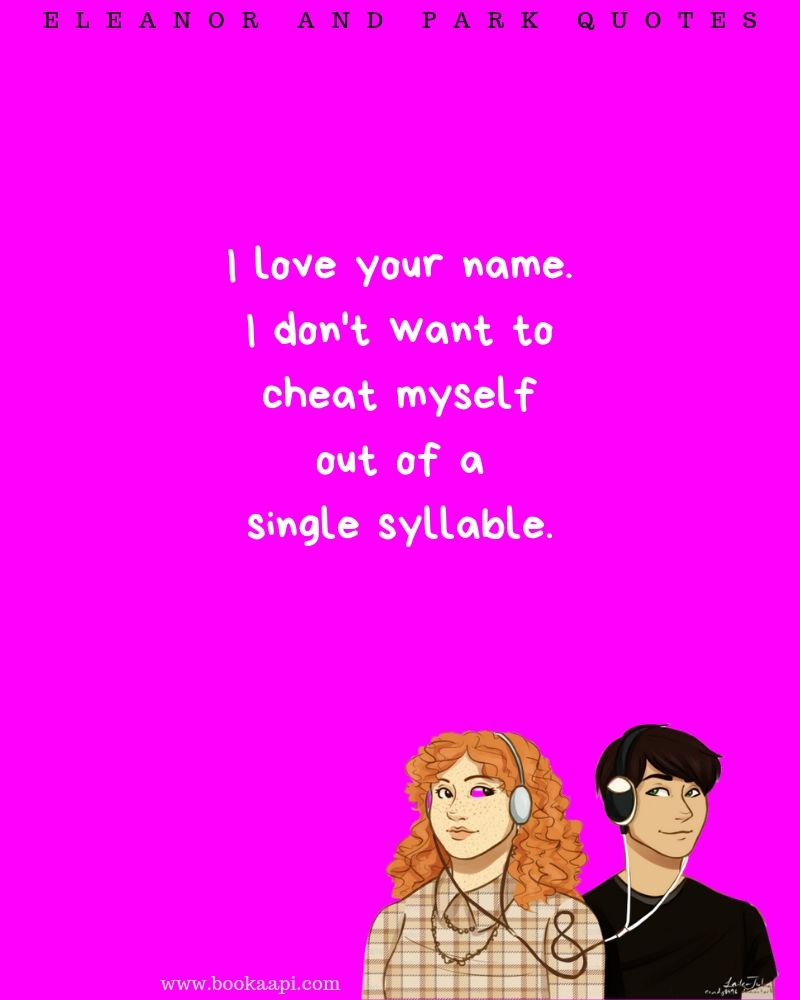 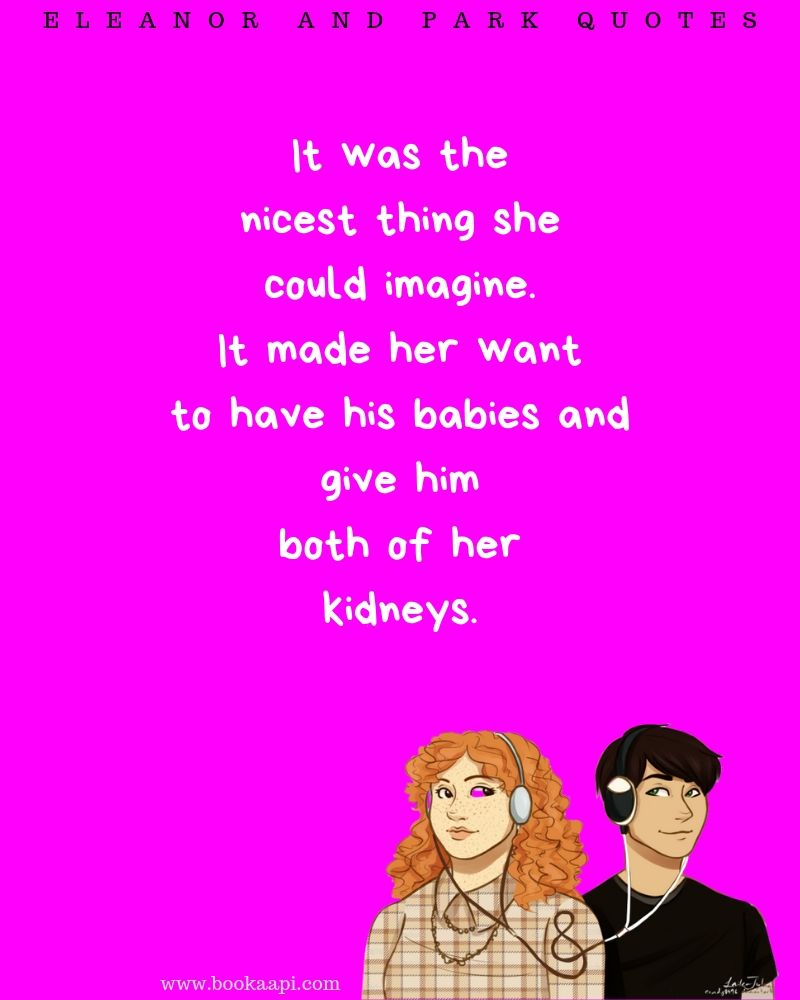 The love that makes you donate your kidneys, is wow. 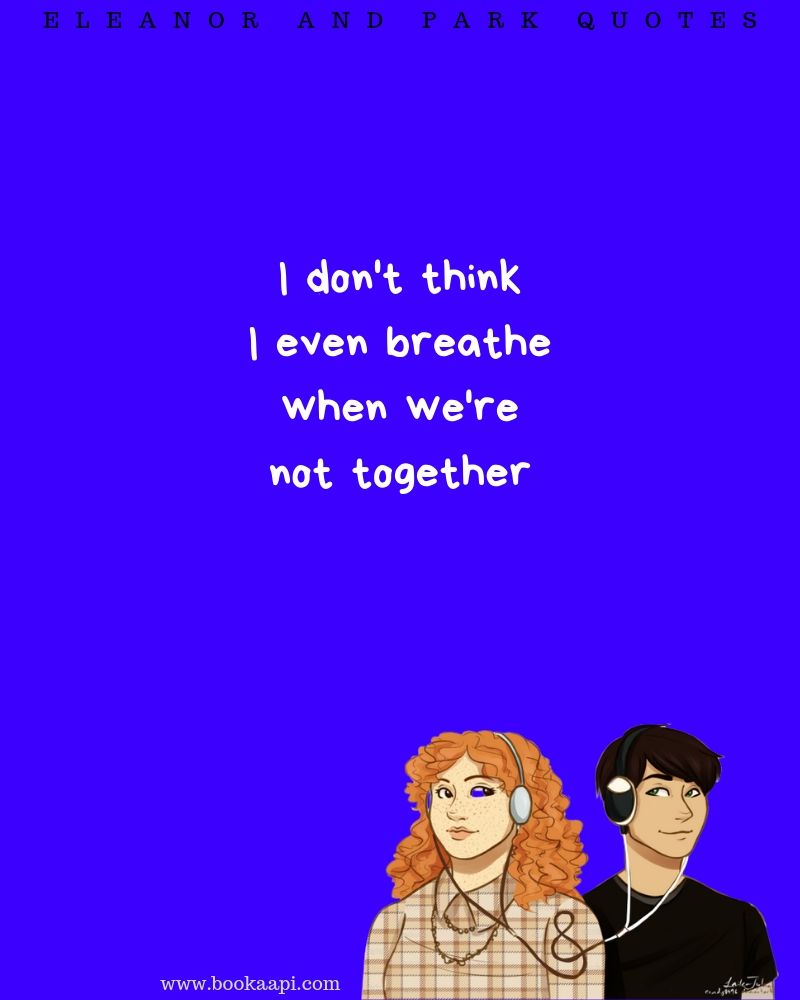 The thing is nor Eleanor, or Park does think. 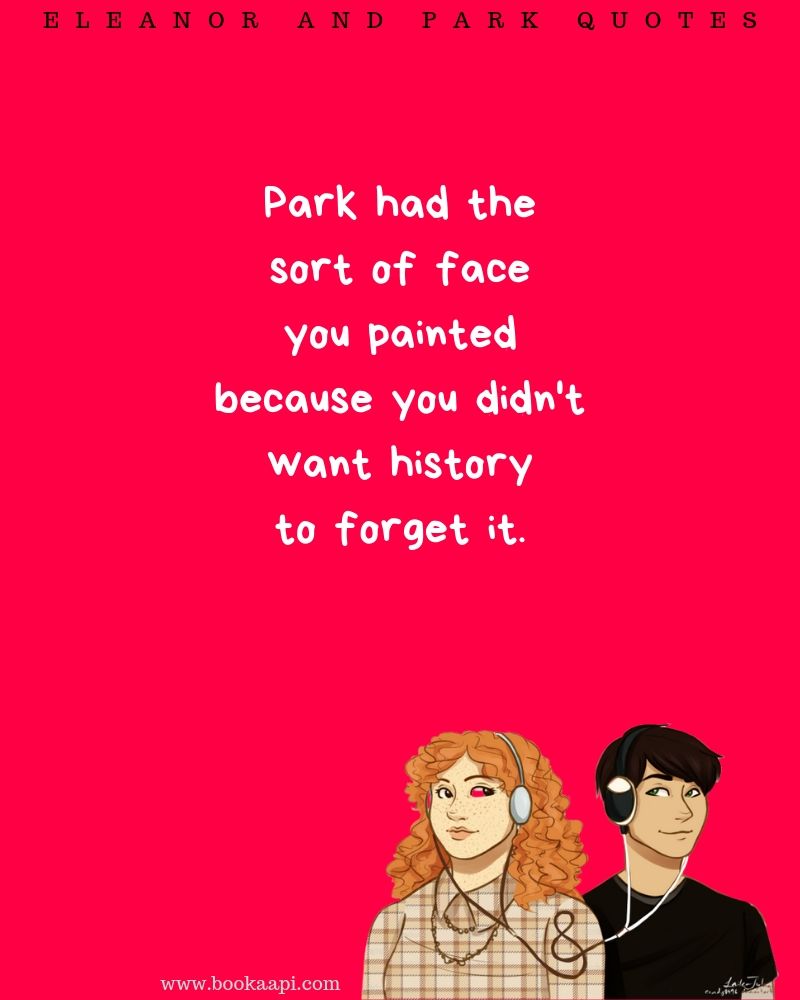 Nope, no one has that type of face. Yeah !! again the false premise of love. 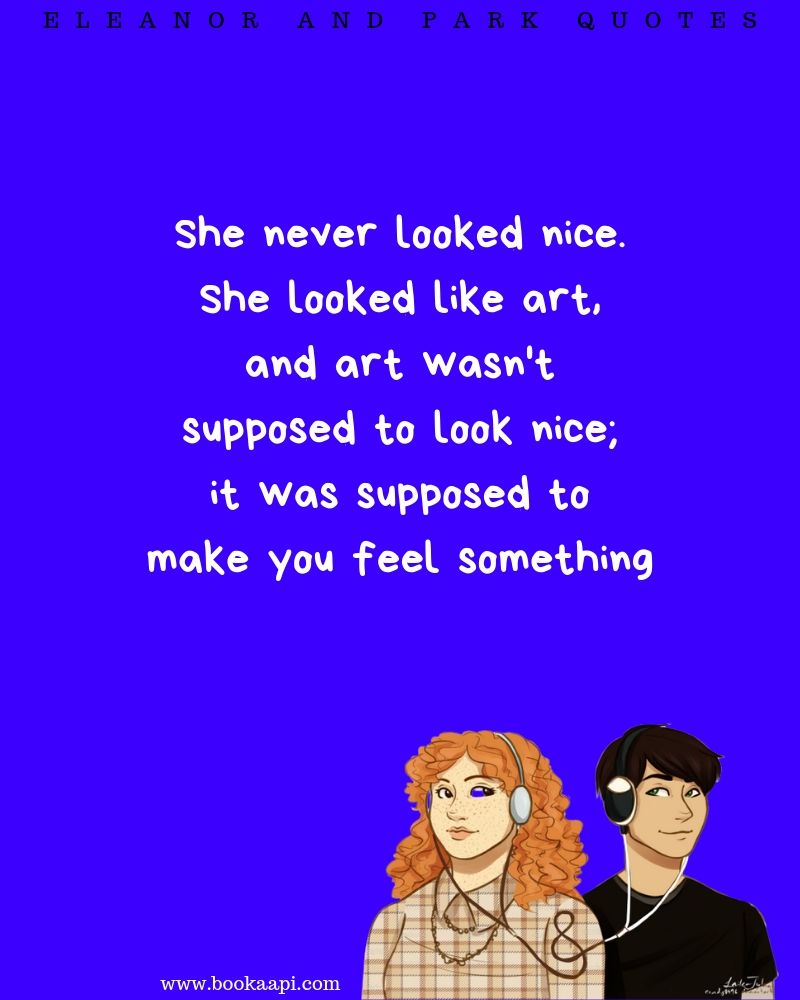 It’s a debatable topic. Does Arts need to be beautiful?

I think it should be. But according to Park, it does not need to be.

Or, in an indirect way, Eleanor was not beautiful to Park. Such statements. 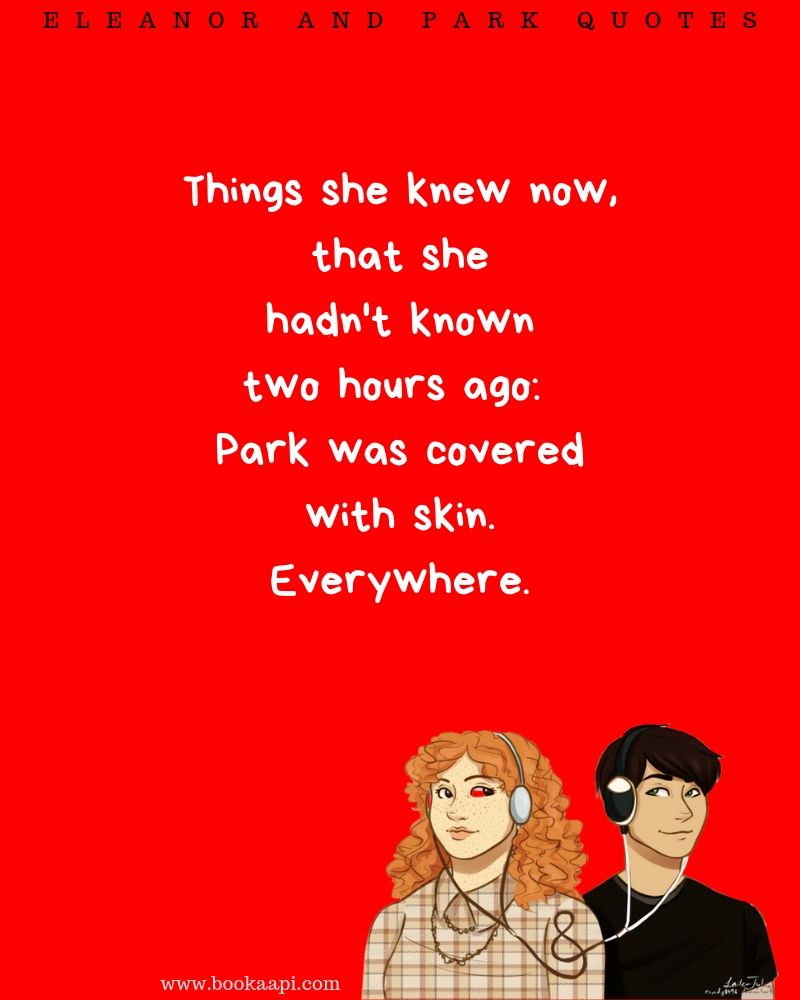 Thank God she knows now that humans do have skin everywhere.

Eleanor and Park is a racist and cheesiest romantic book. It still has lots of fans.

I don’t know, people easily criticized Martin for making a character fat, and then have a chick bang him on a road. They say he based that character on his fantasies.

I feel the same about Eleanor and Park. Similar is with Cassandra Clare, but she does embrace it. She writes sexy and hot characters, her whole universe is built around hot characters. 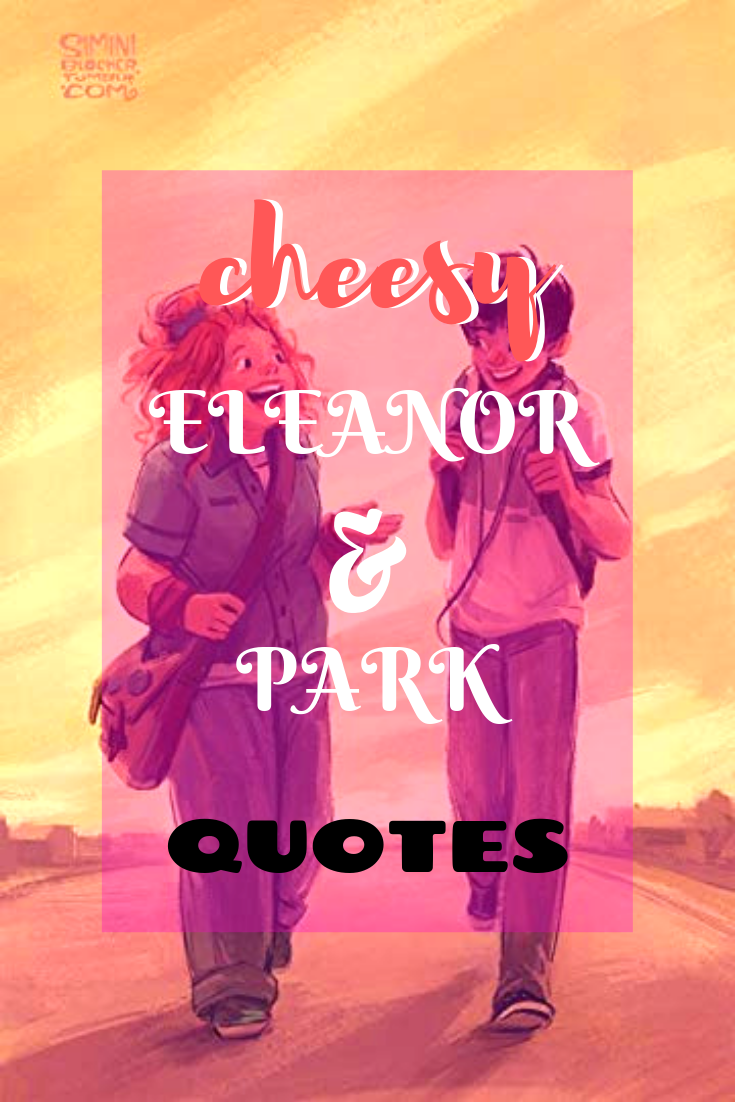 Or which sentence of this book is cheesiest to you. You can talk to me on Instagram. 🙂

Until then, keep reading books.