The Lady Death was real person, and reading about her is so amazing. Till I read how she died.

Aged just 58, Pavlichenko passed away due to a stroke, after suffering years of PTSD, depression and alcoholism, factors said to have contributed to her early death.

Good people or bad people. Every one who participate in the war died the same. From depression and sadness.

Here are several The Diamond Eye quotes that I liked. 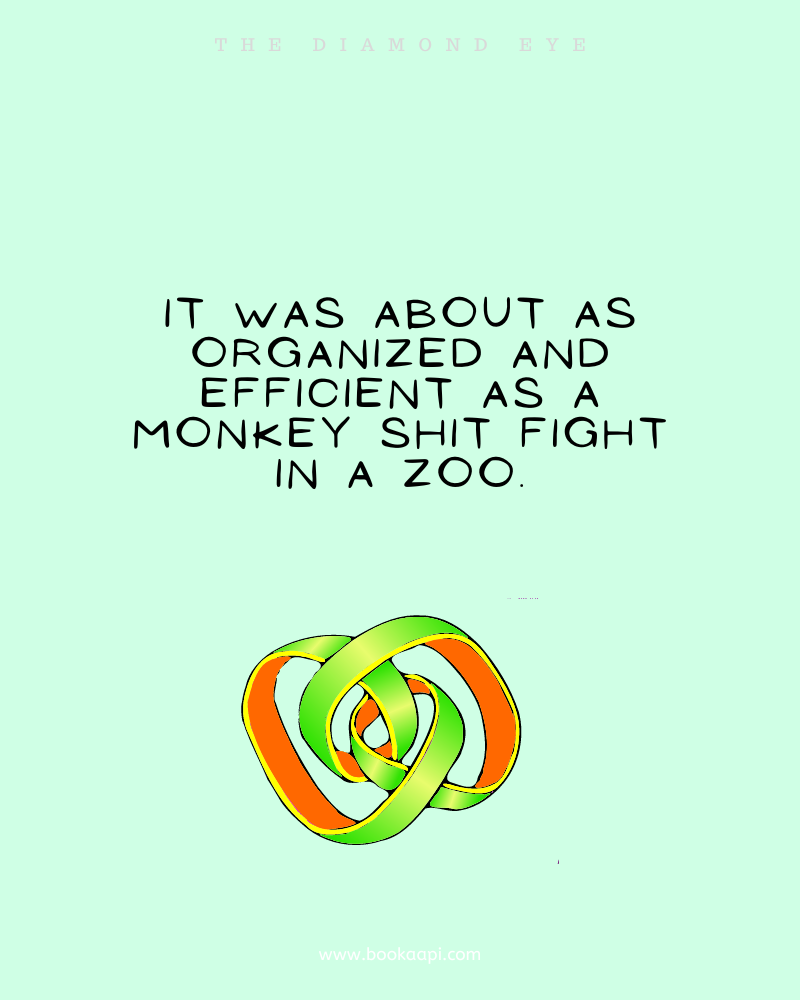 It was about as organized and efficient as a monkey shit fight in a zoo. 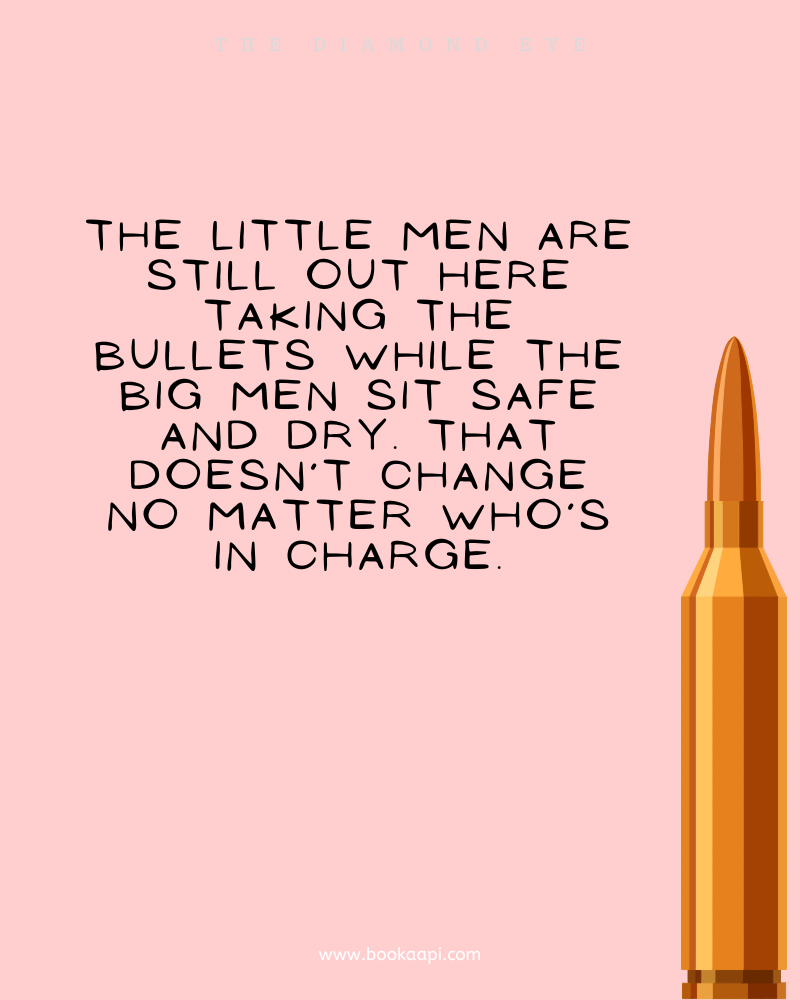 The little men are still out here taking the bullets while the big men sit safe and dry. That doesn’t change no matter who’s in charge. 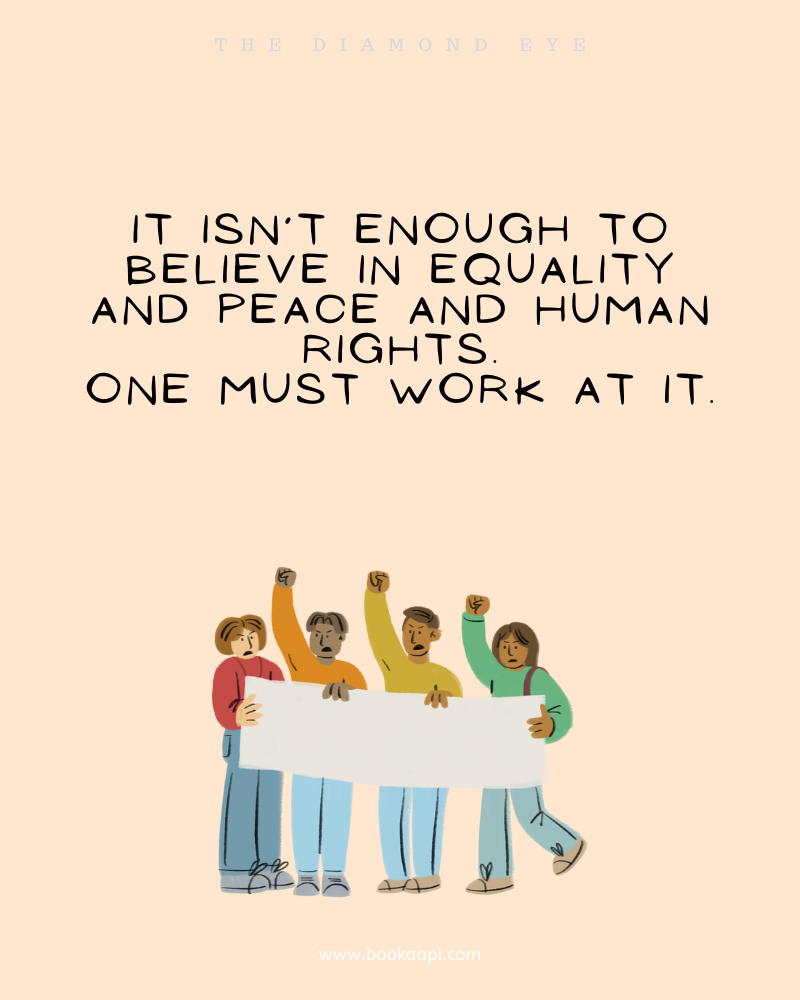 It isn’t enough to believe in equality and peace and human rights—one must work at it. 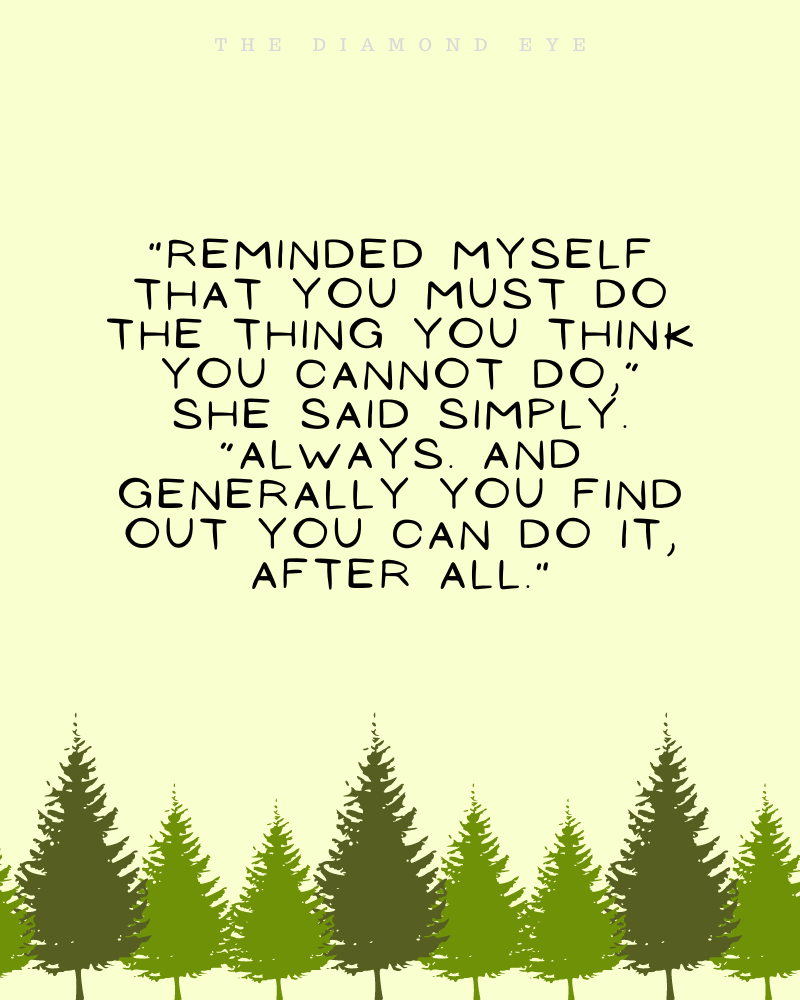 reminded myself that you must do the thing you think you cannot do,” she said simply. “Always. And generally you find out you can do it, after all. 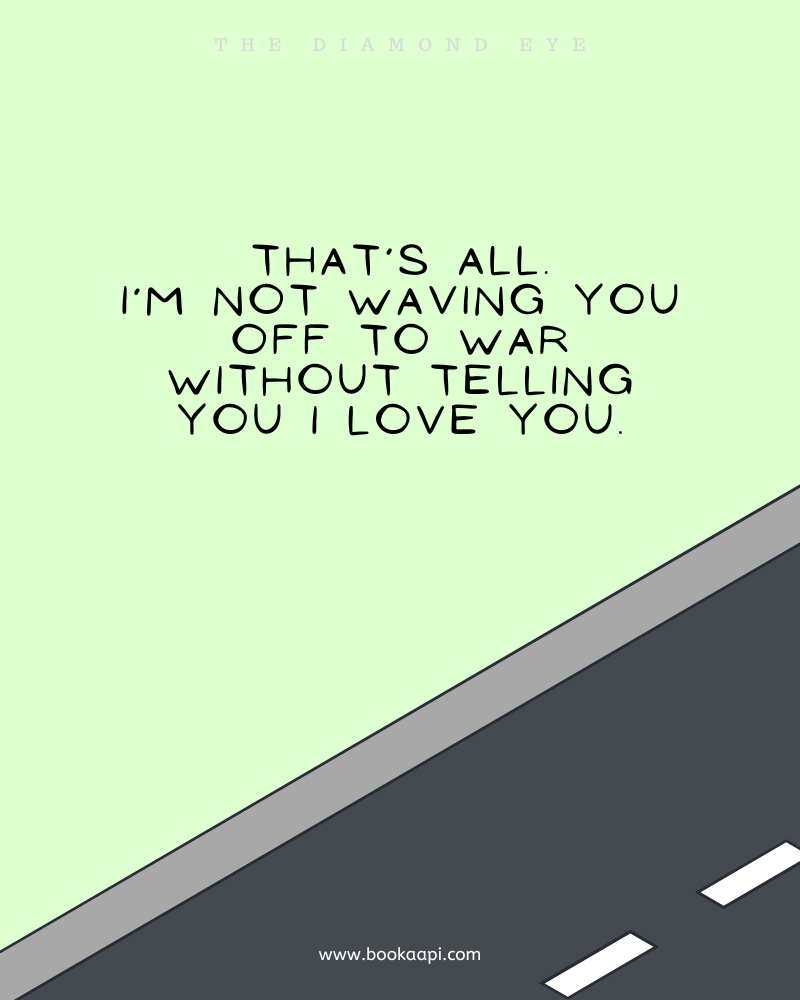 “That’s all.” Kostia blew out a long breath. “I’m just—I’m not waving you off to war without telling you I love you.” 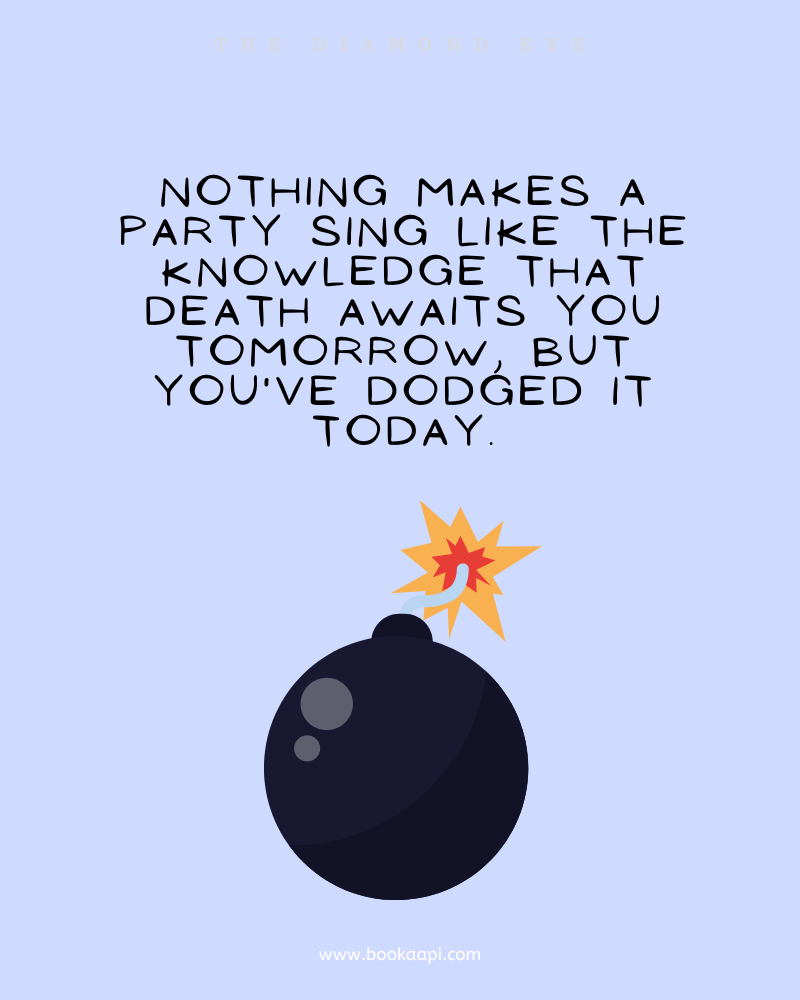 Nothing makes a party sing like the knowledge that death awaits you tomorrow, but you’ve dodged it today. 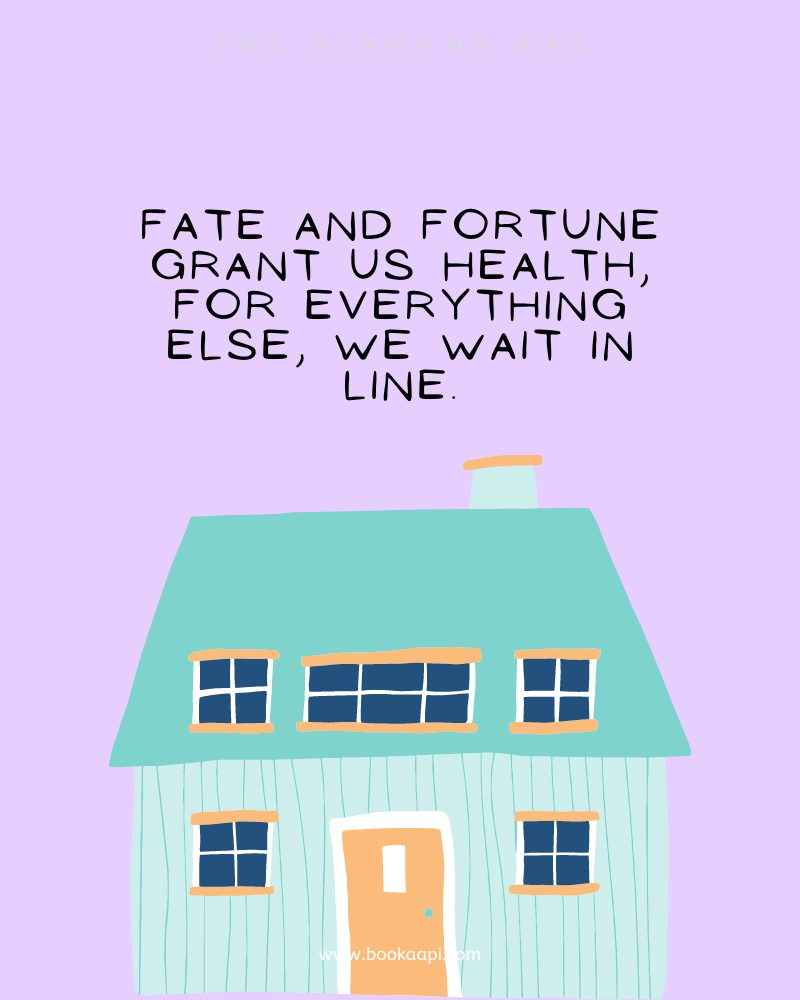 Fate and fortune grant us health,” I quoted my mother. “For everything else, we wait in line. 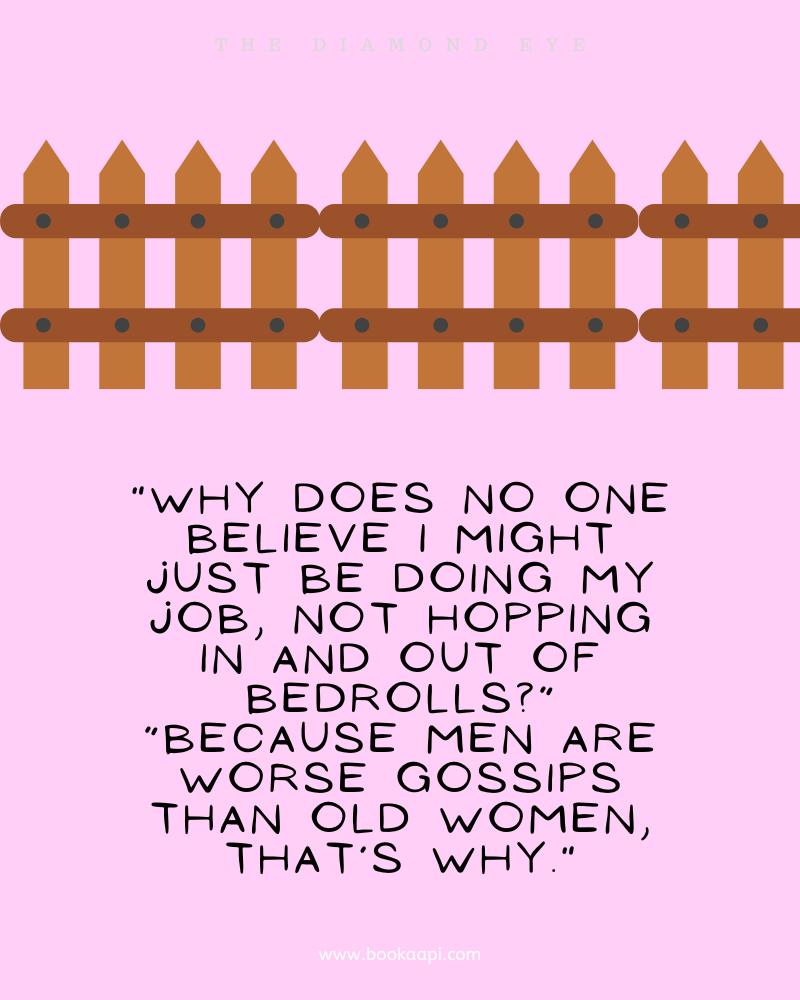 why does no one believe I might just be doing my job, not hopping in and out of bedrolls?” “Because men are worse gossips than old women, that’s why. 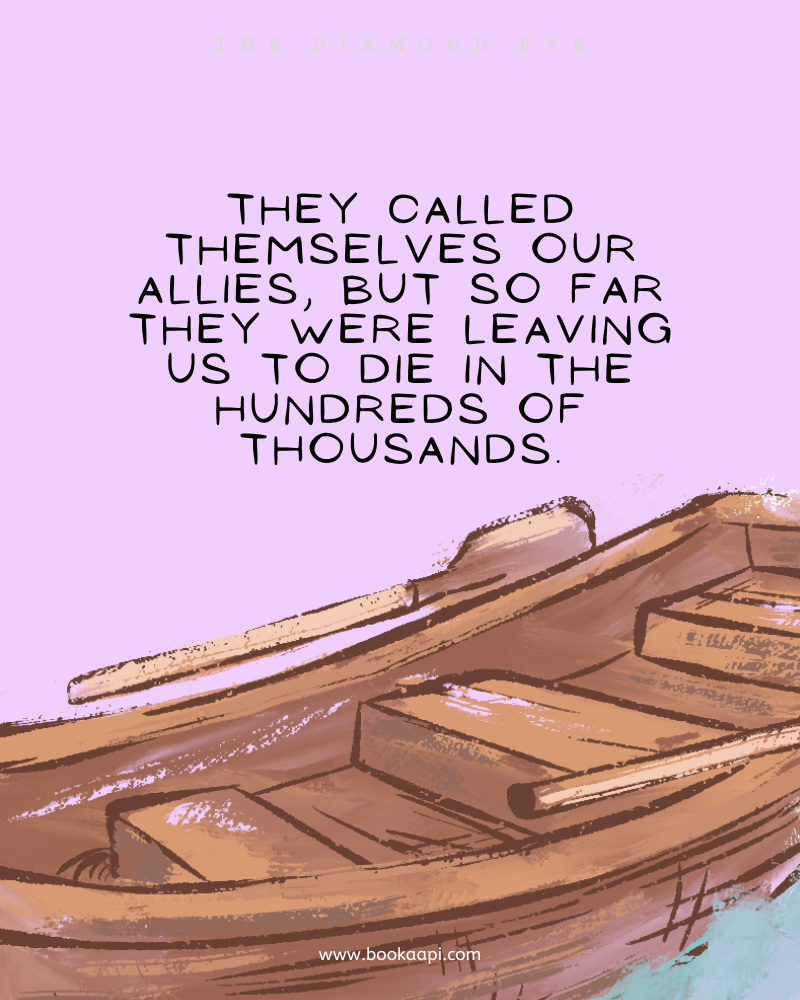 They called themselves our allies, but so far they were leaving us to die in the hundreds of thousands. 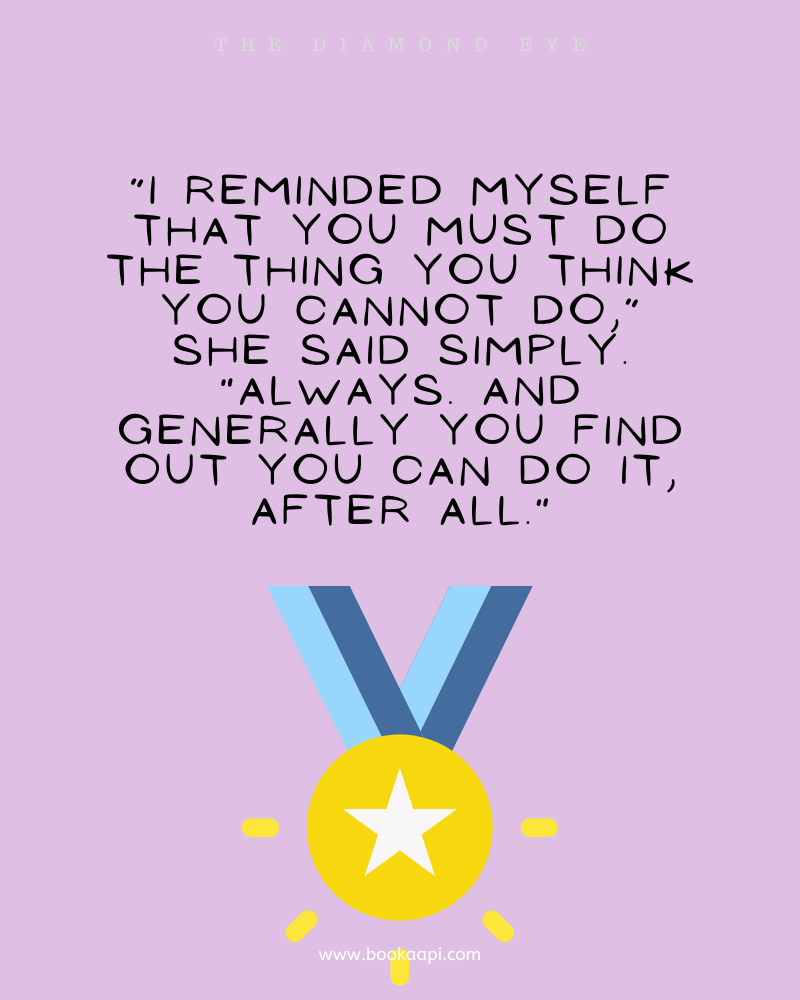 “I reminded myself that you must do the thing you think you cannot do,” she said simply. Always. And generally you find out you can do it, after all. 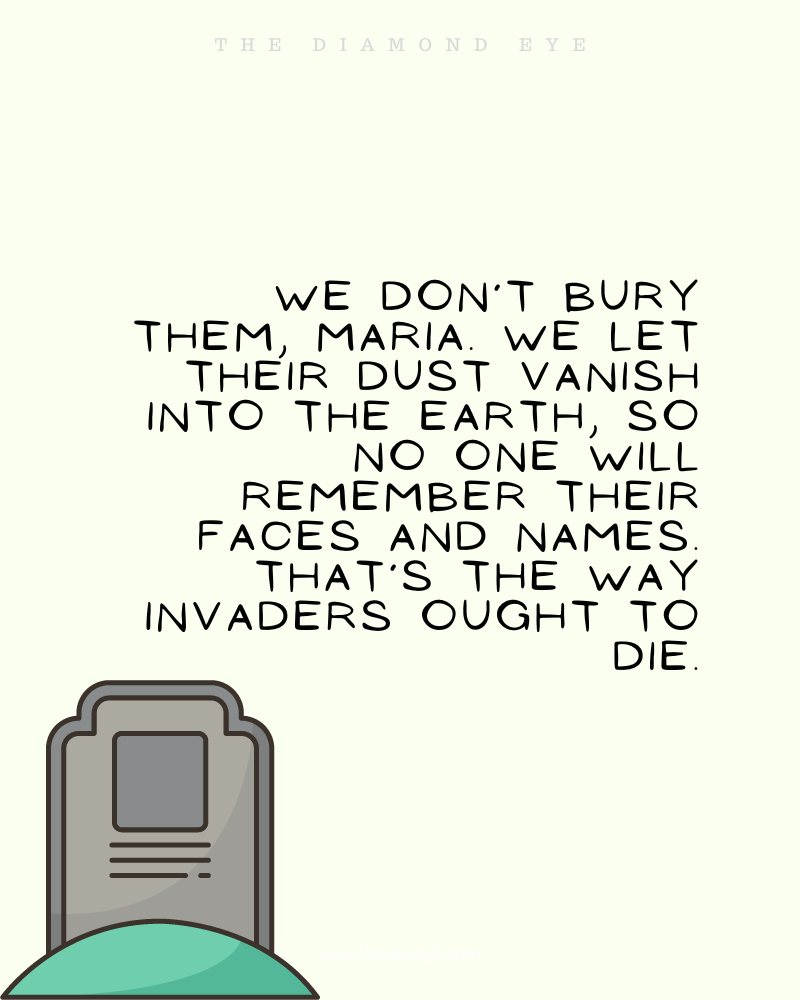 We don’t bury them, Maria. We let their dust vanish into the earth, so no one will remember their faces and names. That’s the way invaders ought to die. 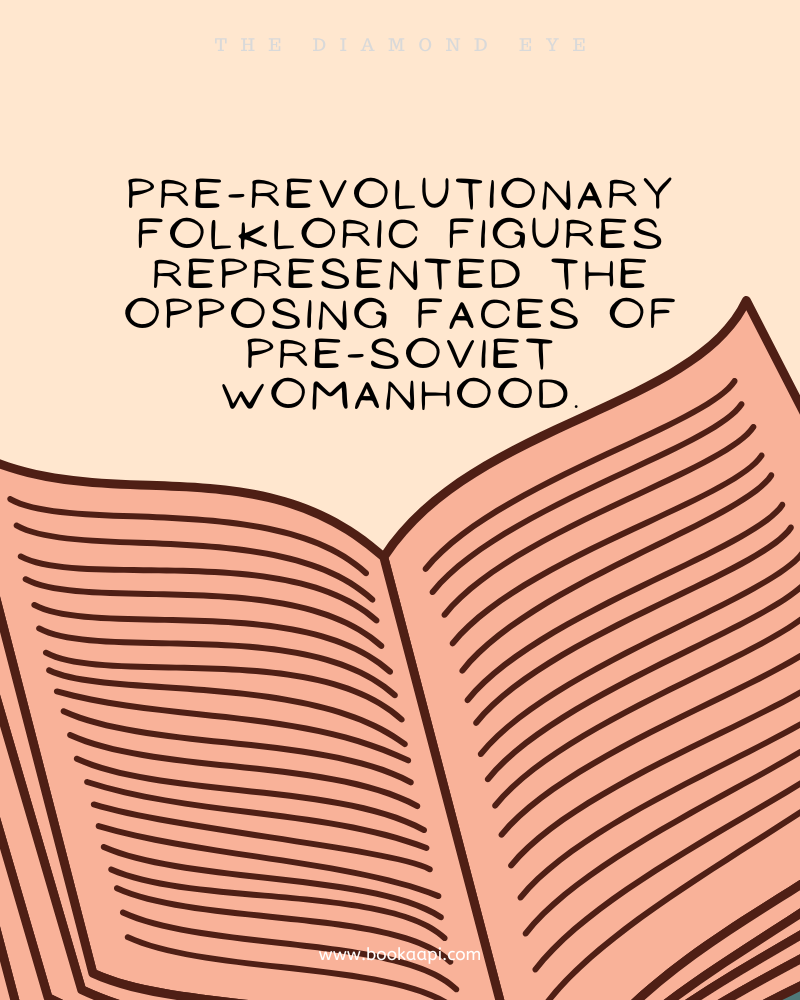 War is not good. But some it is. When fascists are on the rise, someone has to kill them. But killing them, one become a killer.

What’s your take on this?