If you have some interest in Bollywood movies or ghazals, you must have heard the song “Hosh Waalo ko Khabar kya”.

It is a popular song from movie Sarfarosh., written by Nida Fazli.

Nida Fazli Shayari is mostly about the tugging wars of life. Shayari of Nida Fazli has an element like searching for purpose, and complexities of human relations.

Read the Nida Fazli Poetry yourself and see what you find in it. 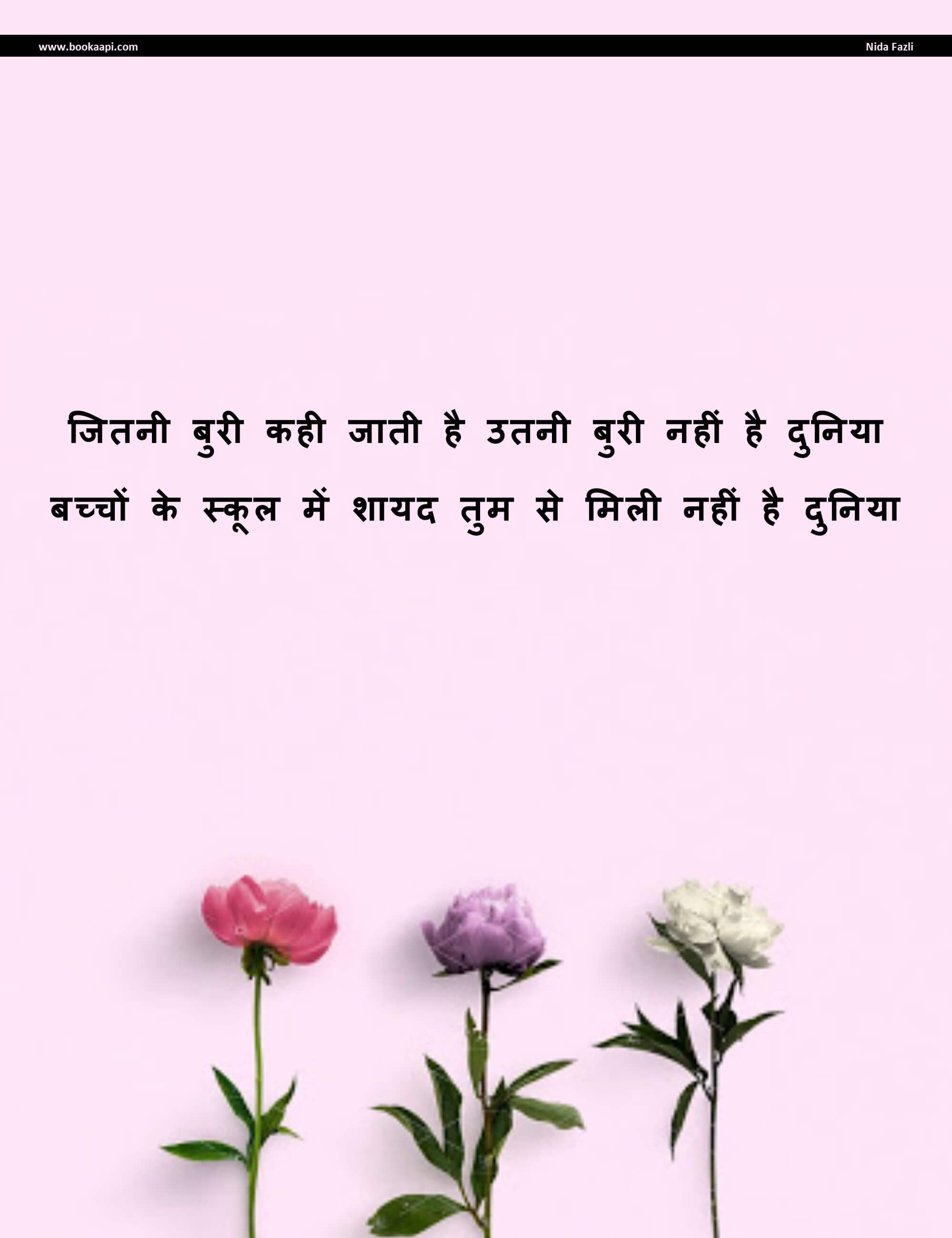 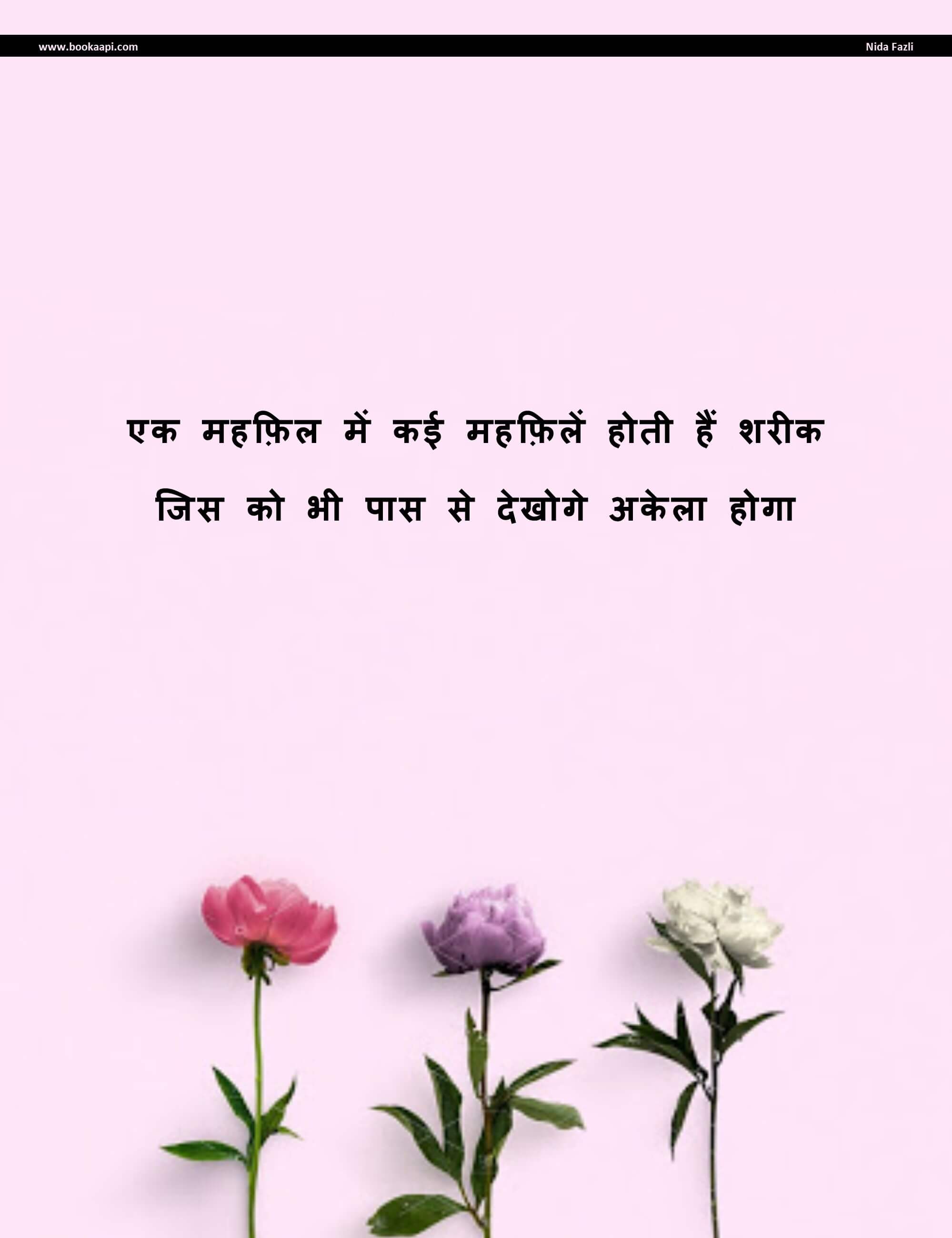 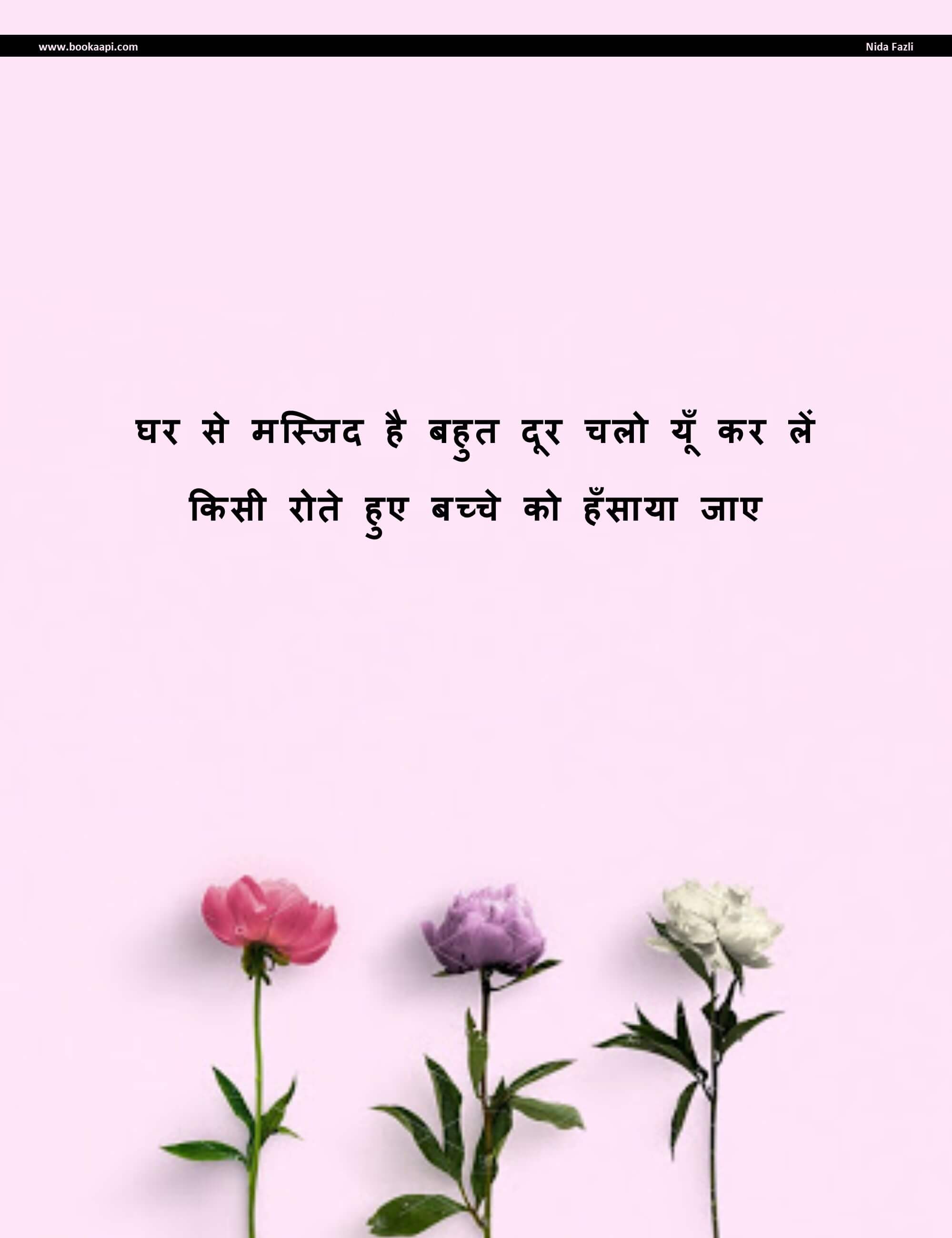 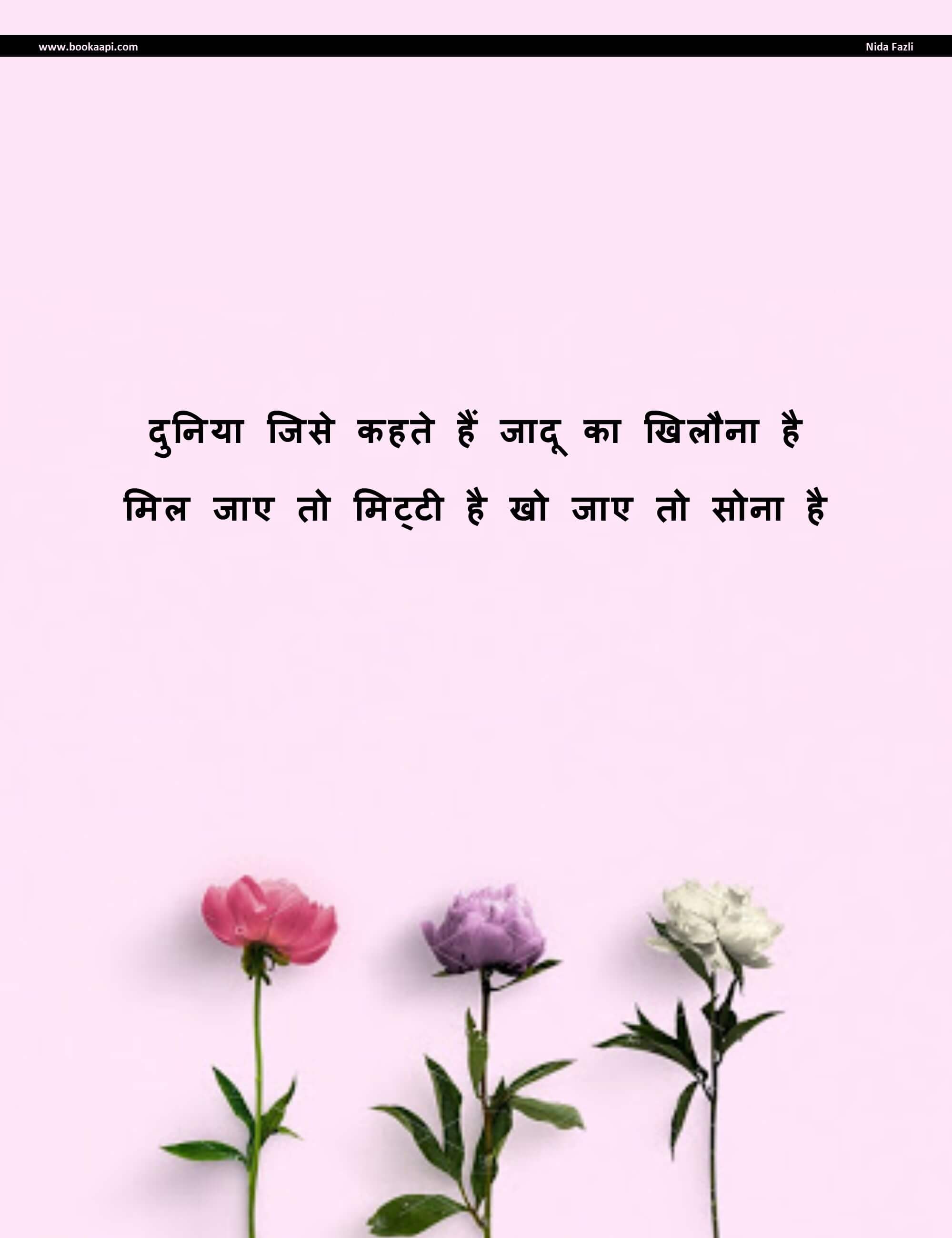 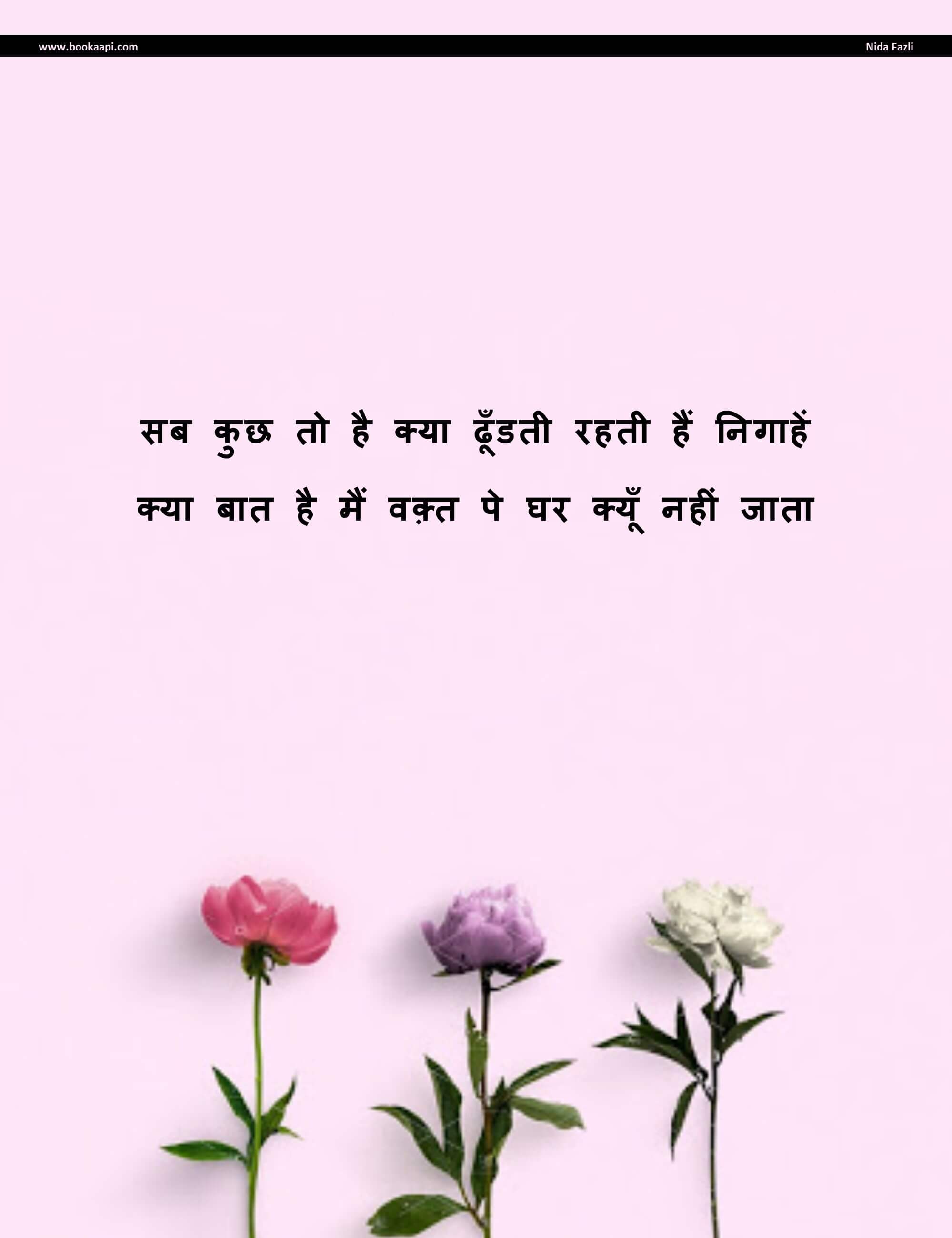 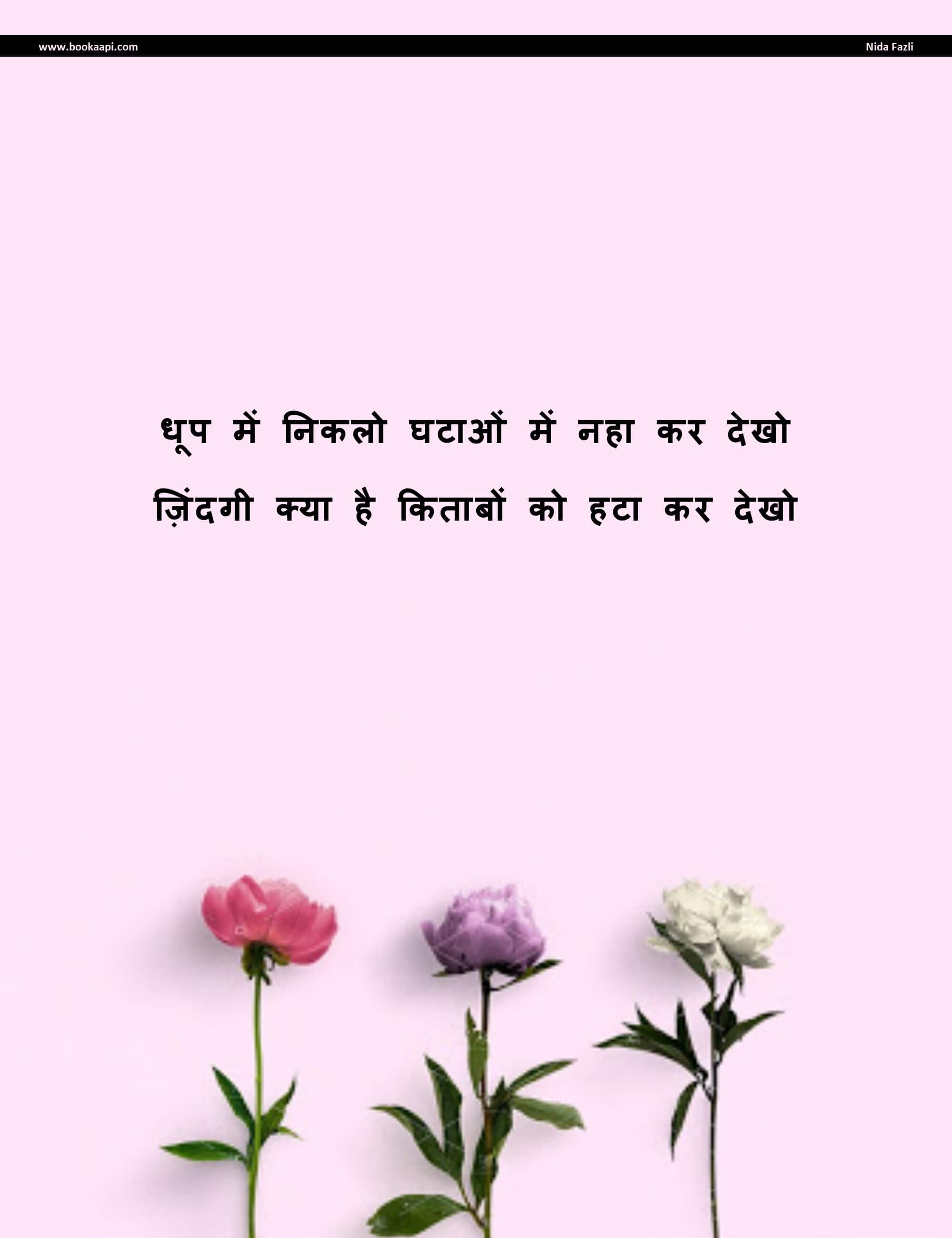 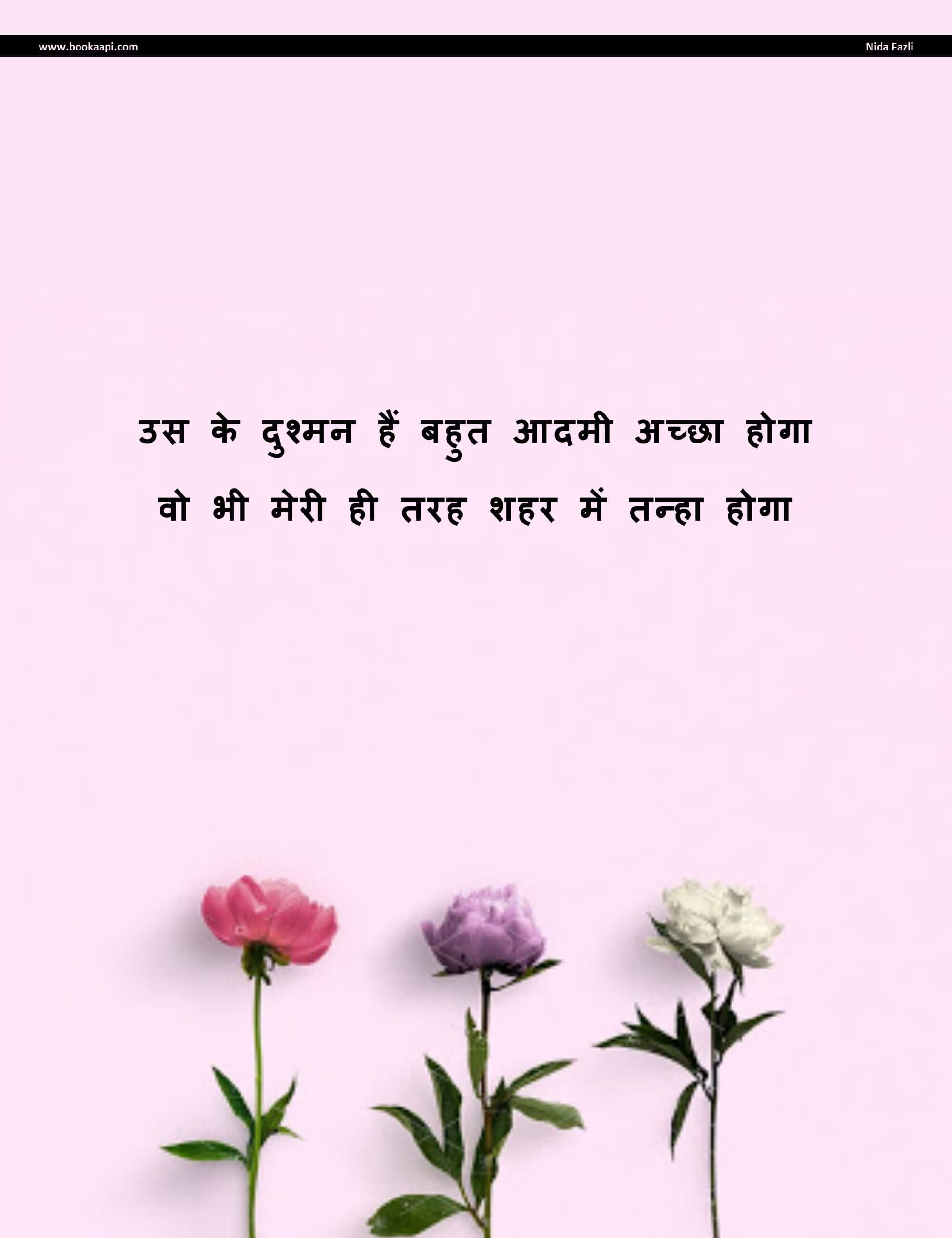 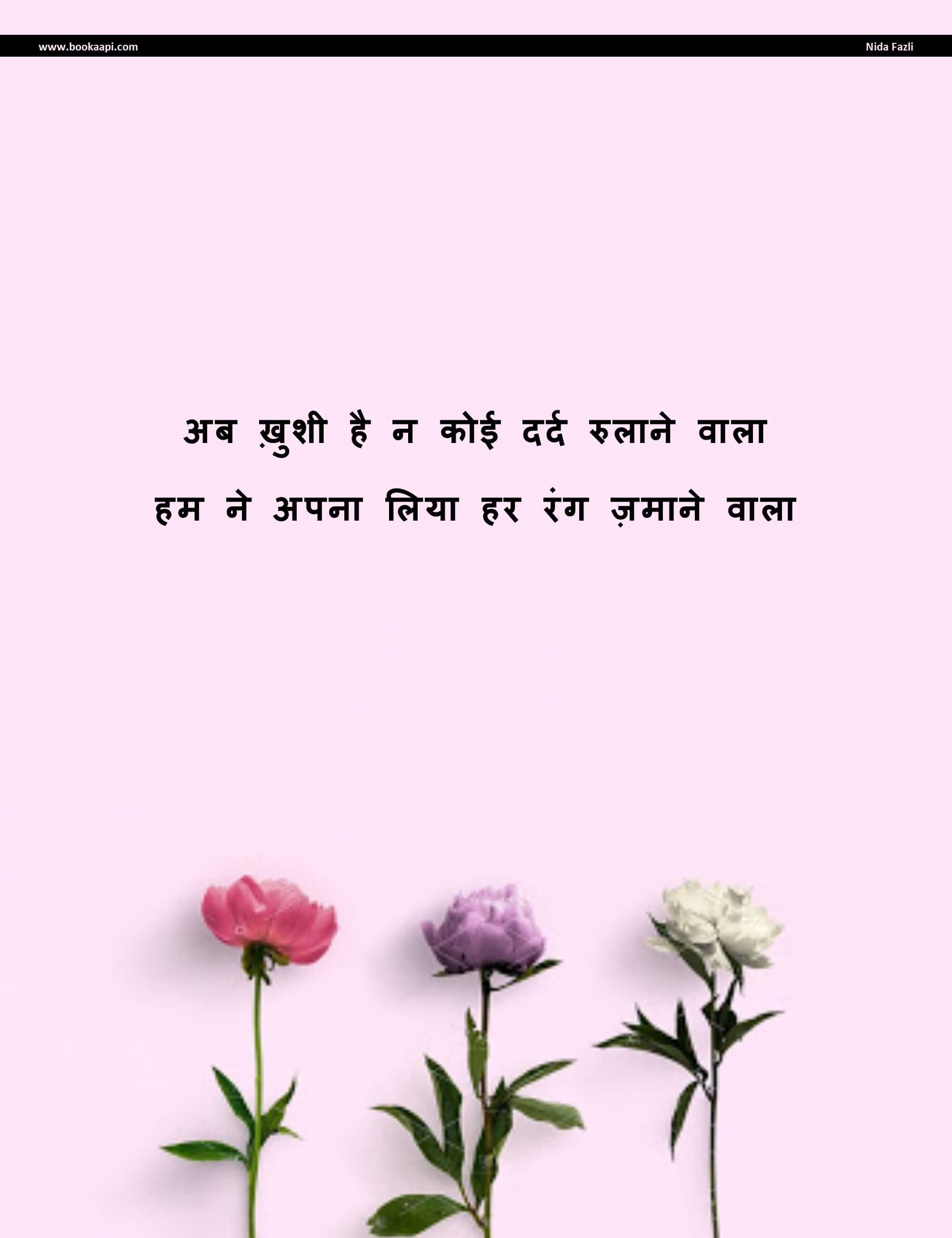 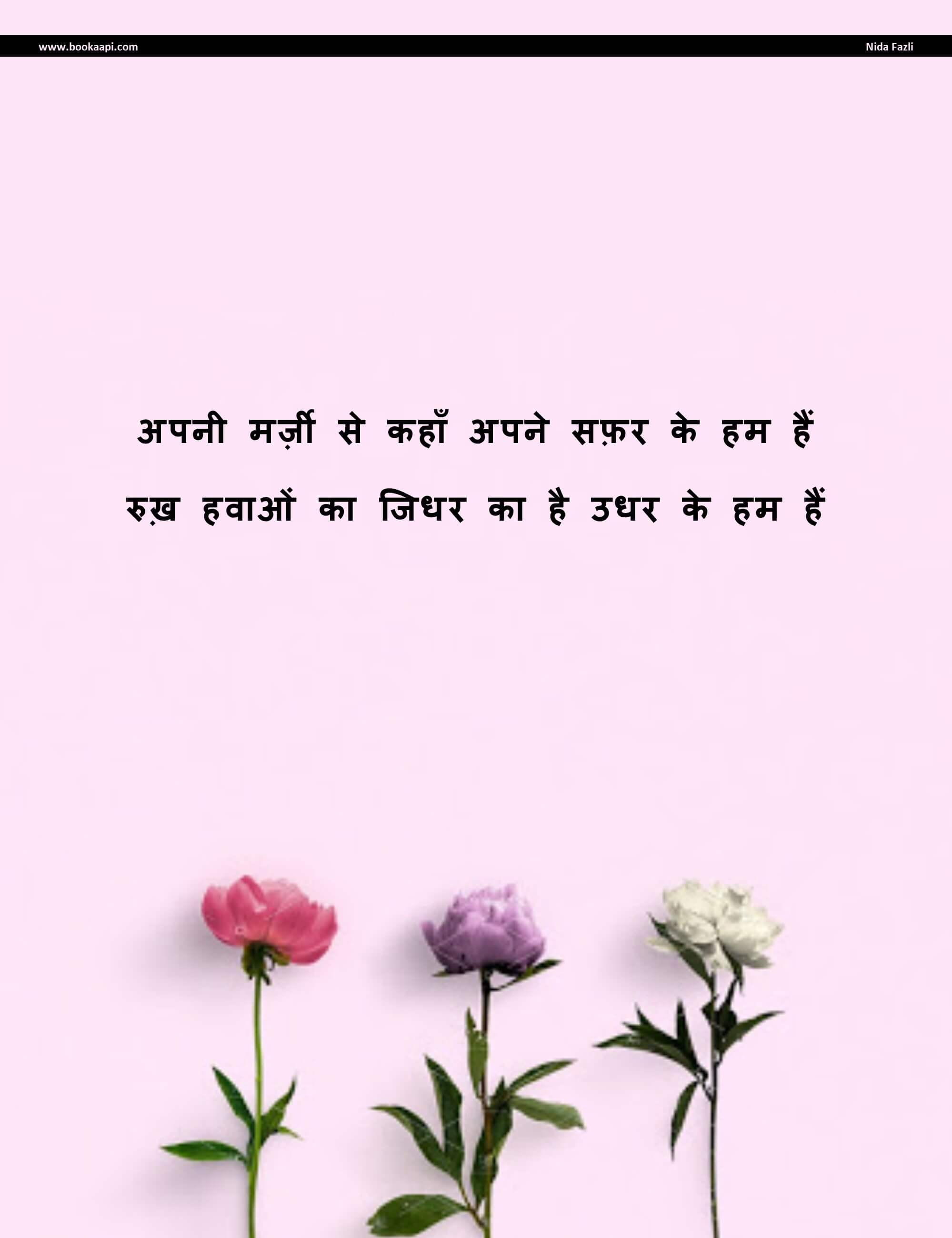 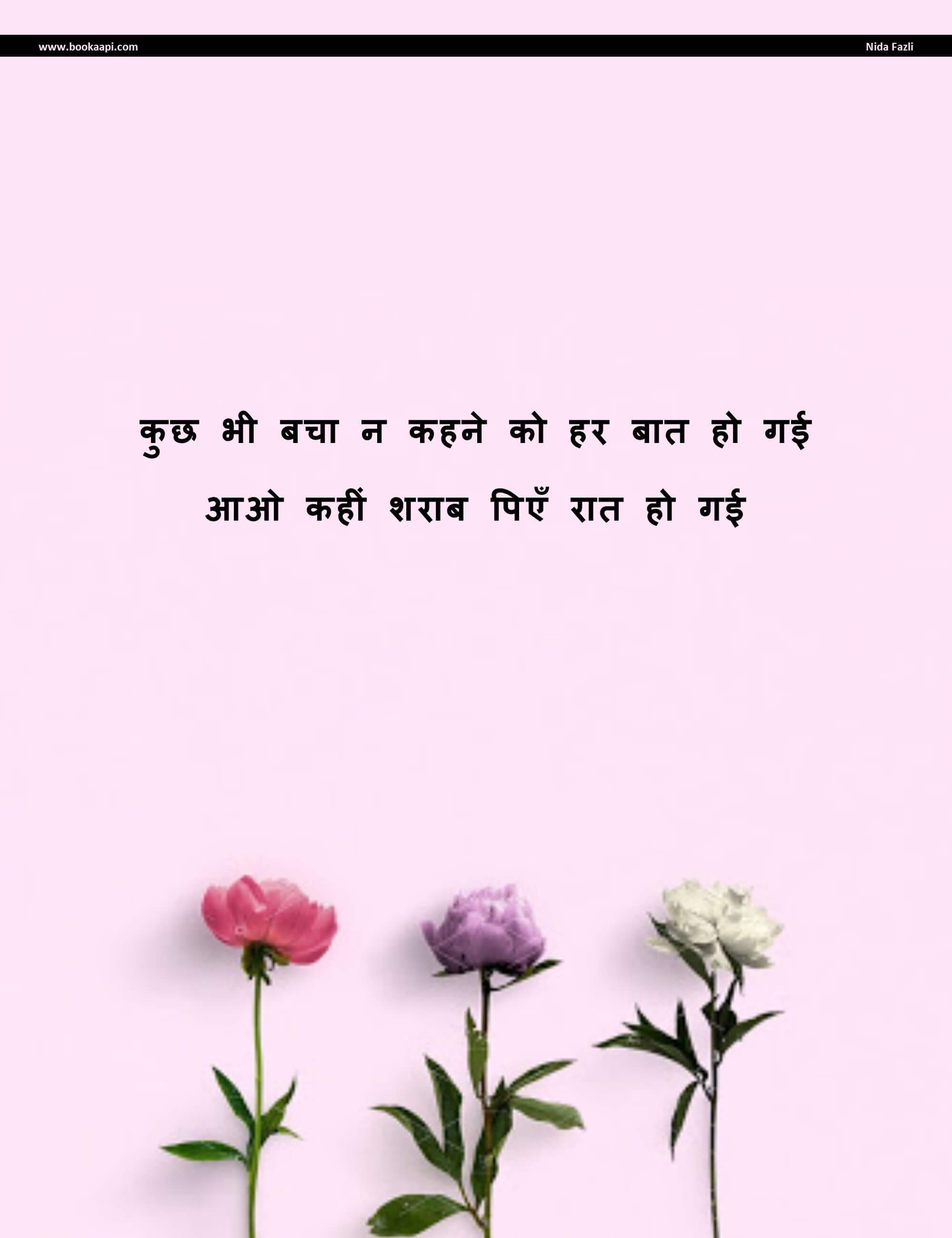 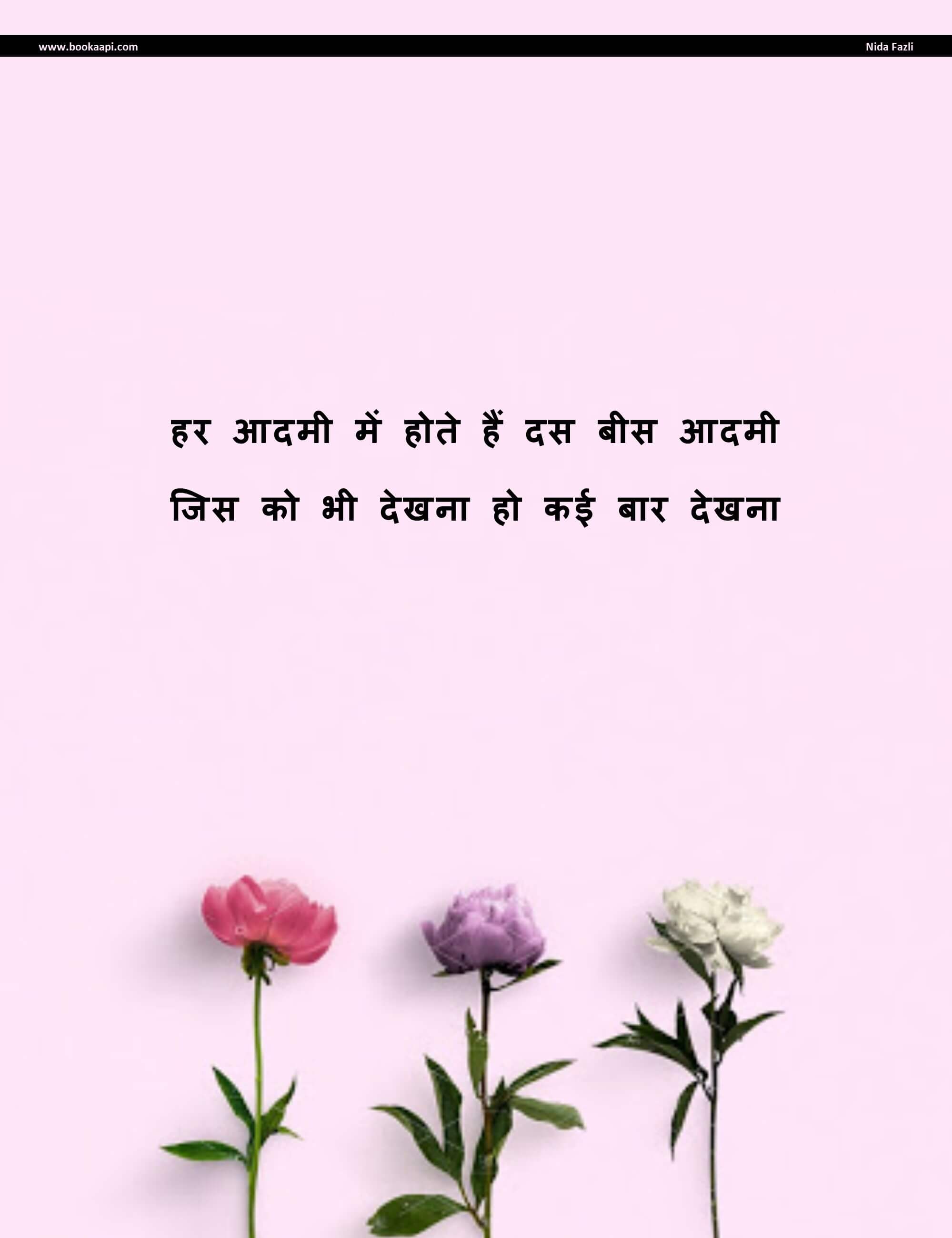 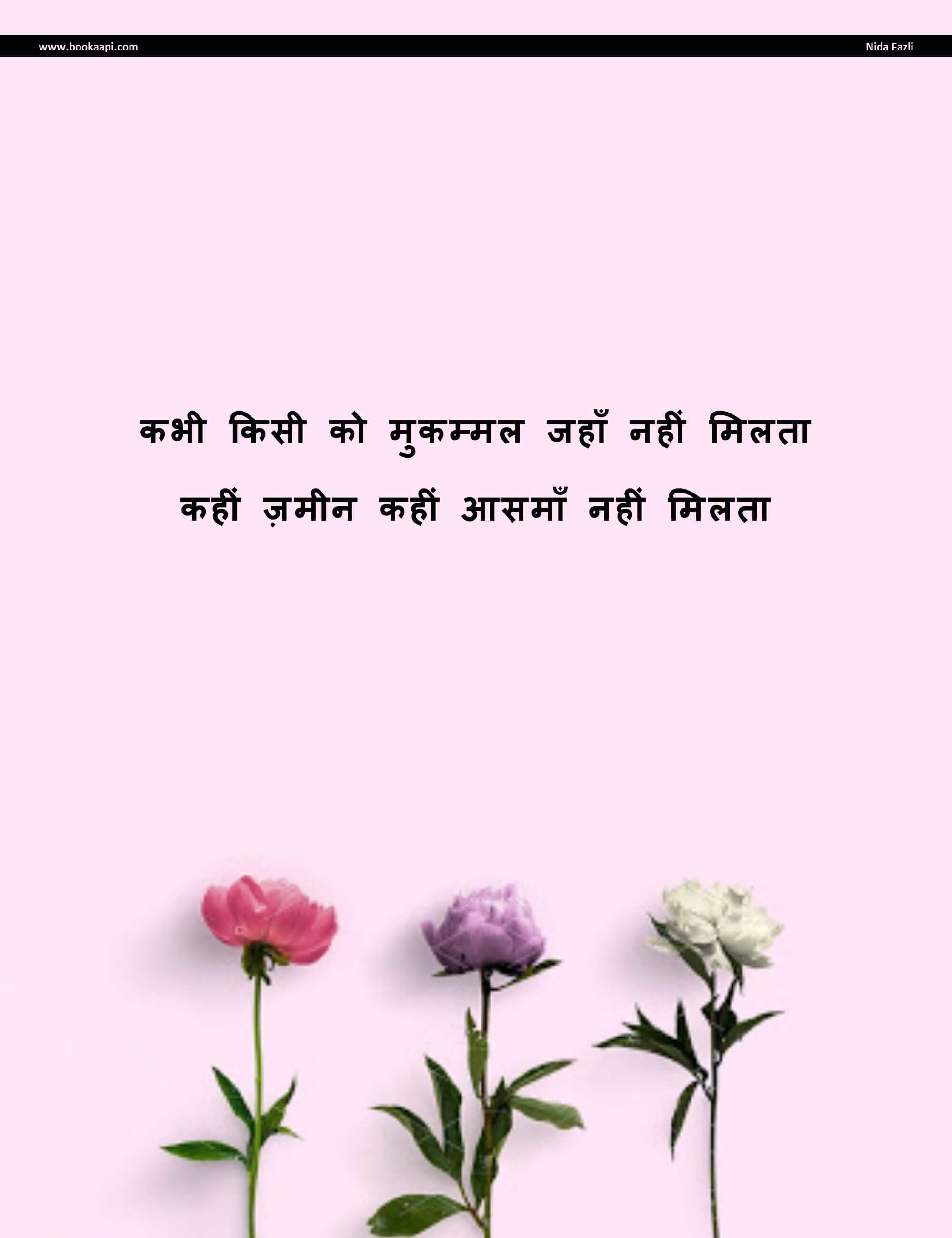 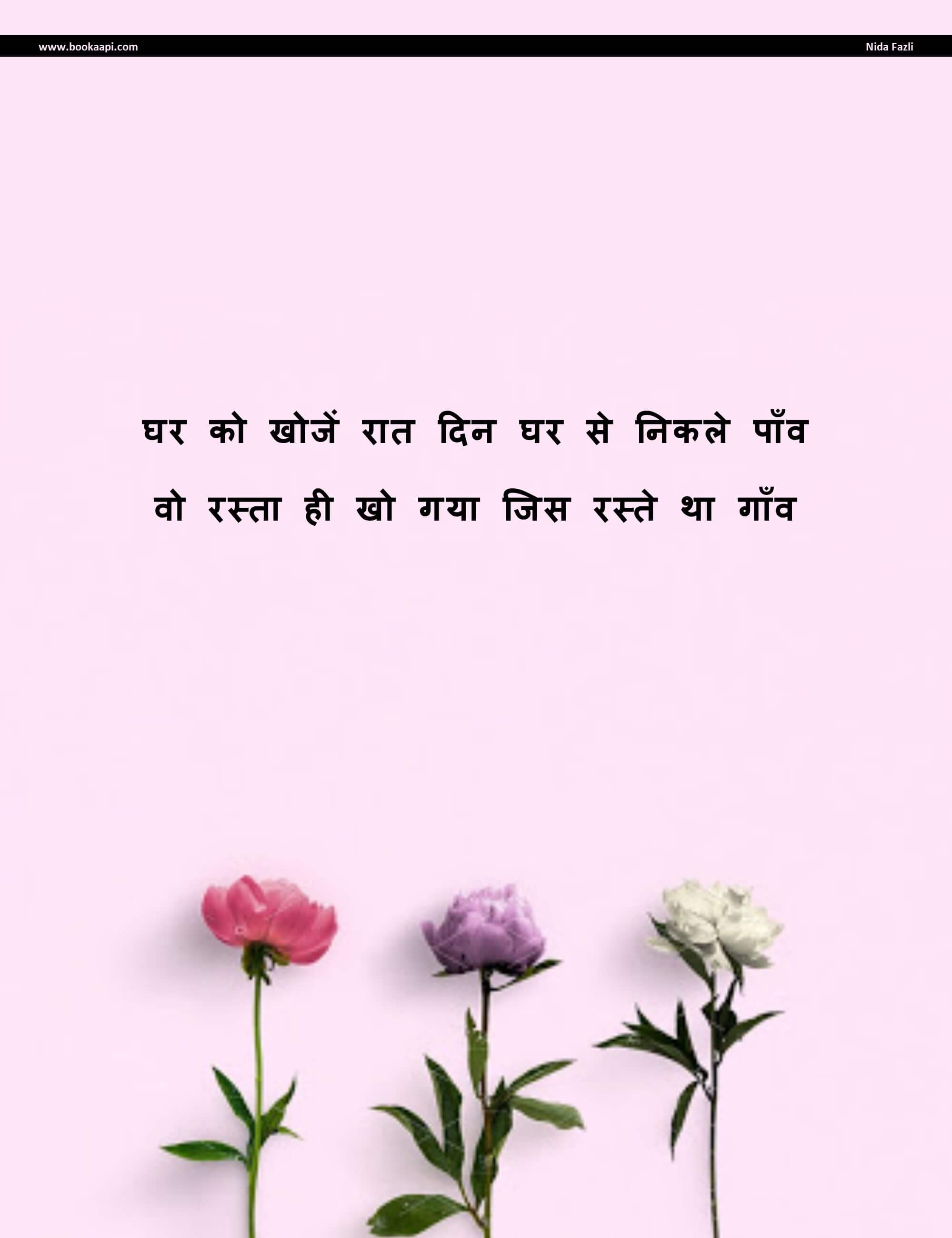 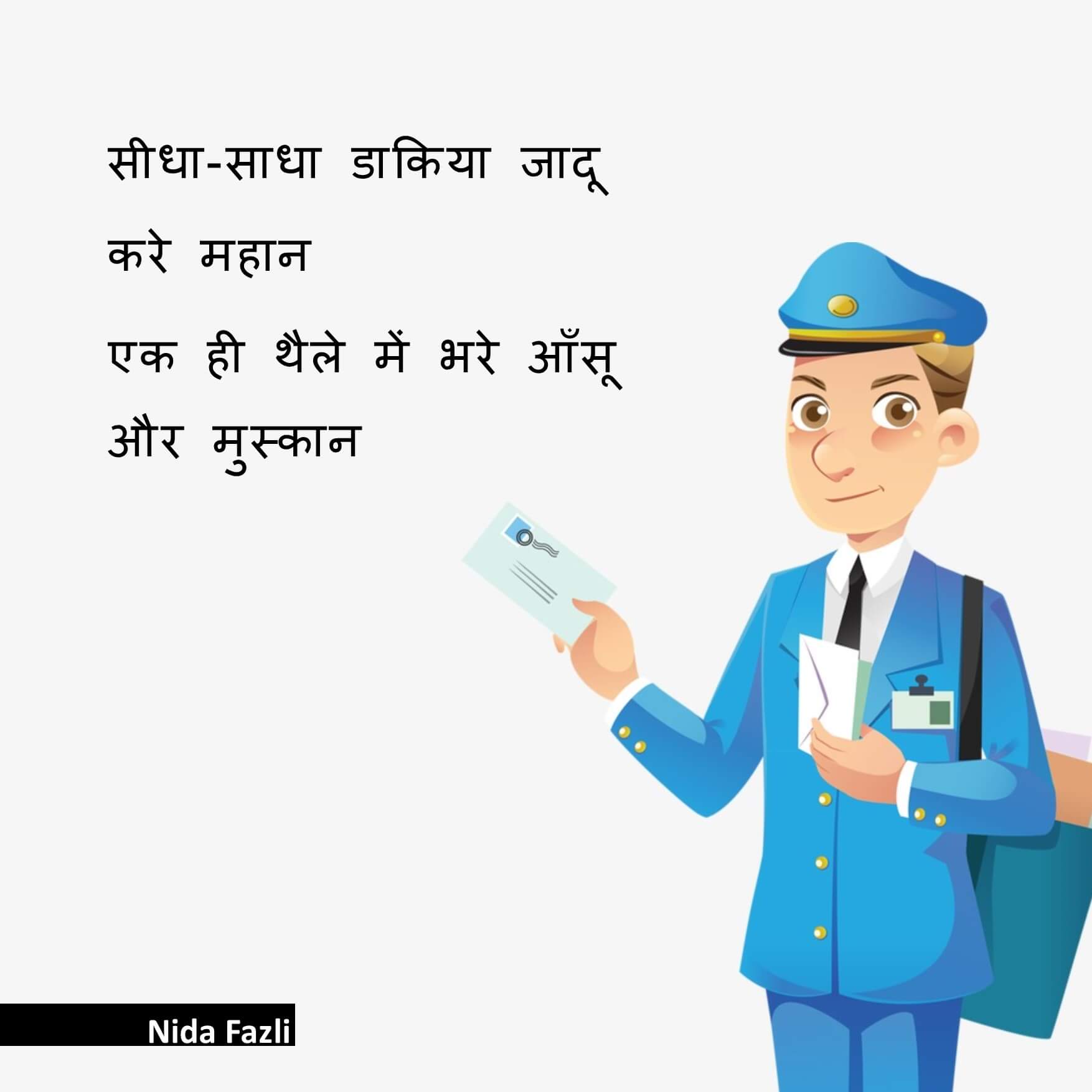 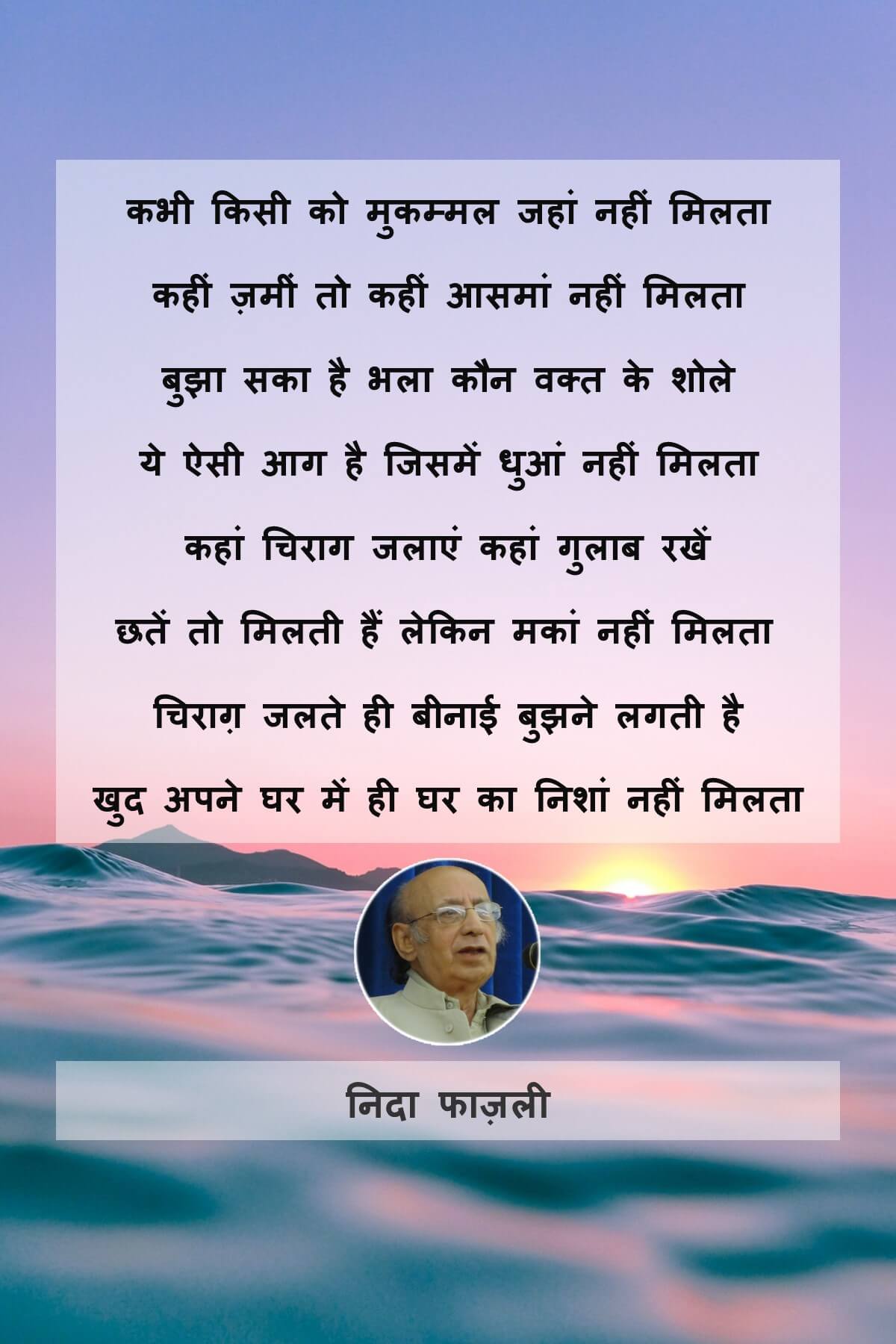 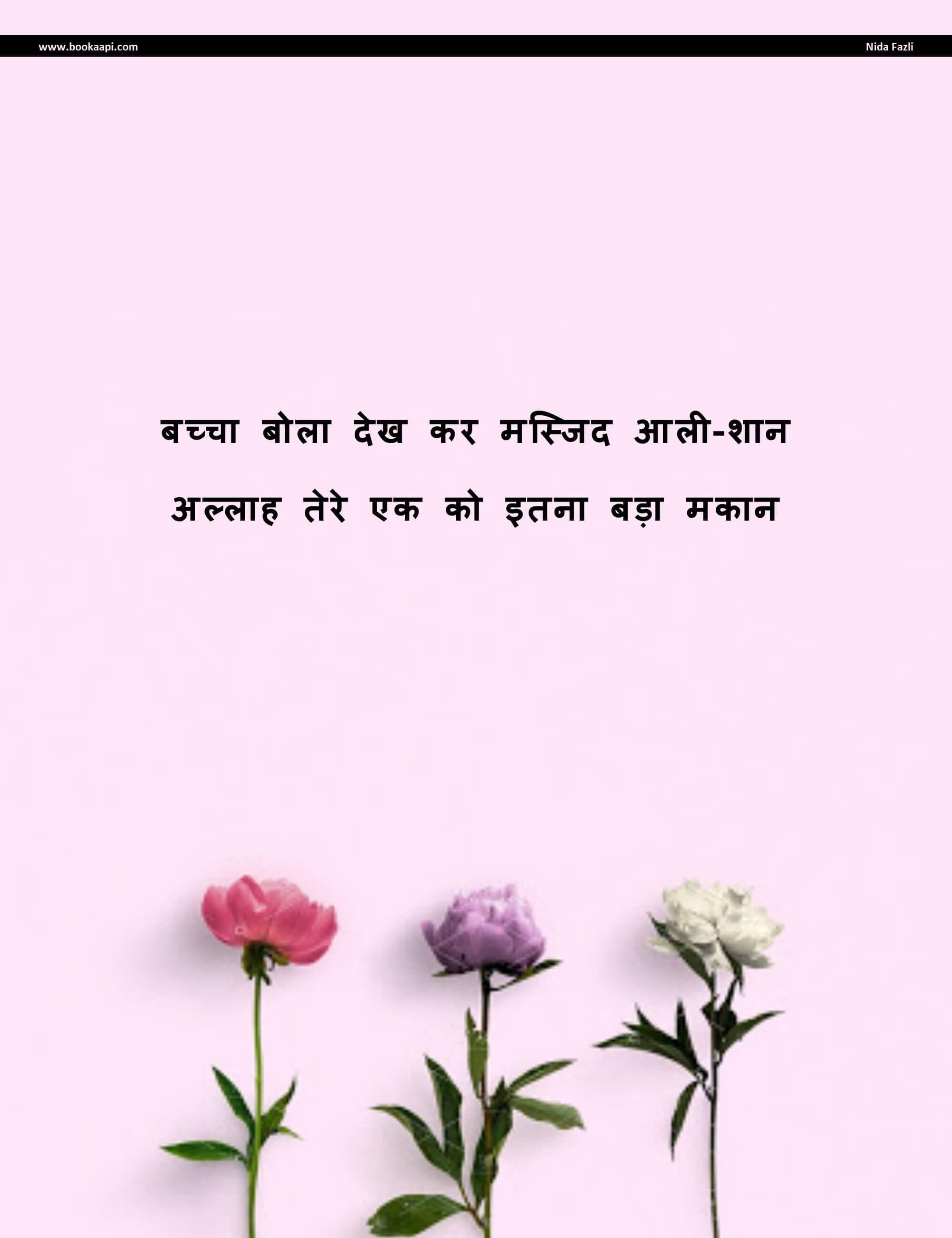 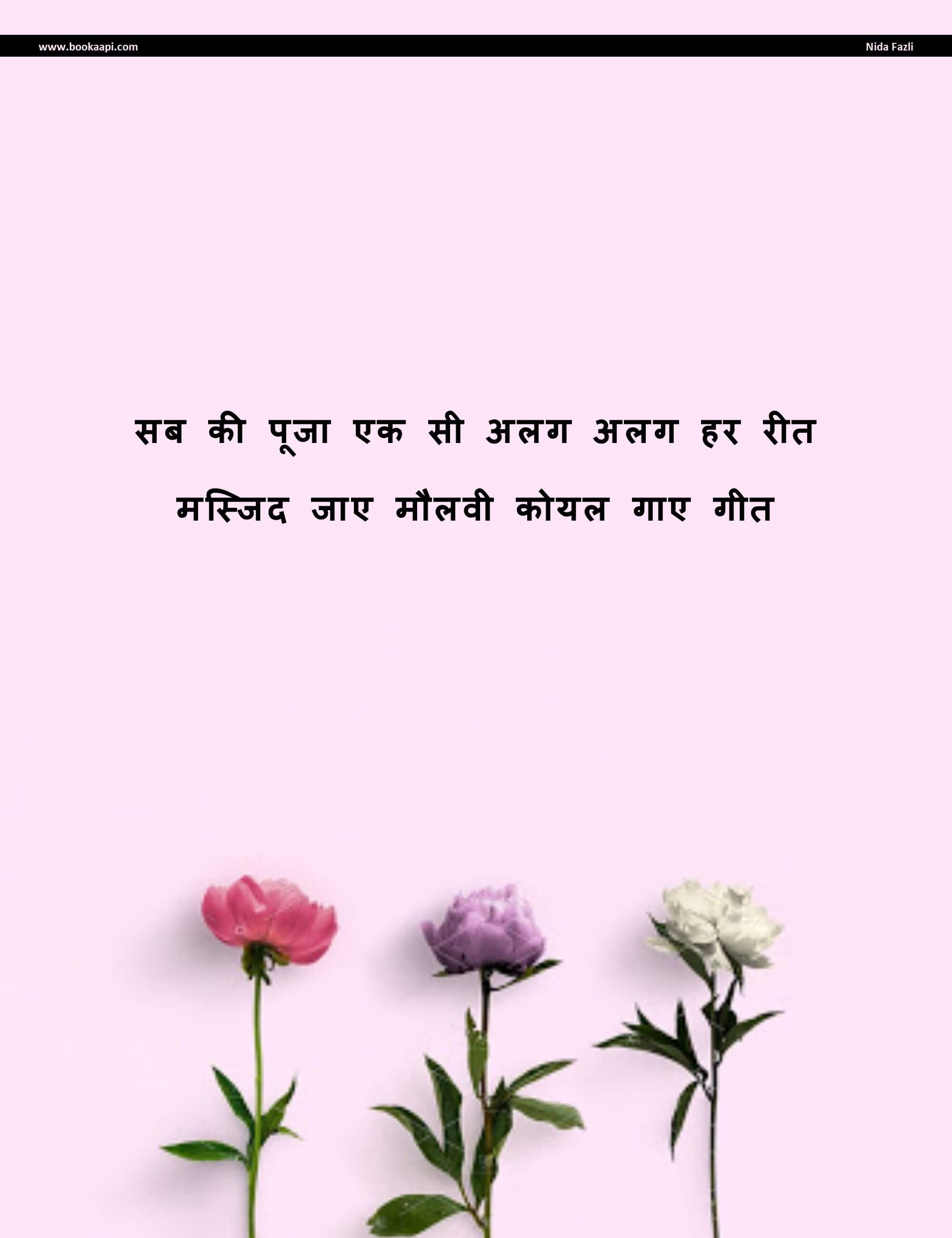 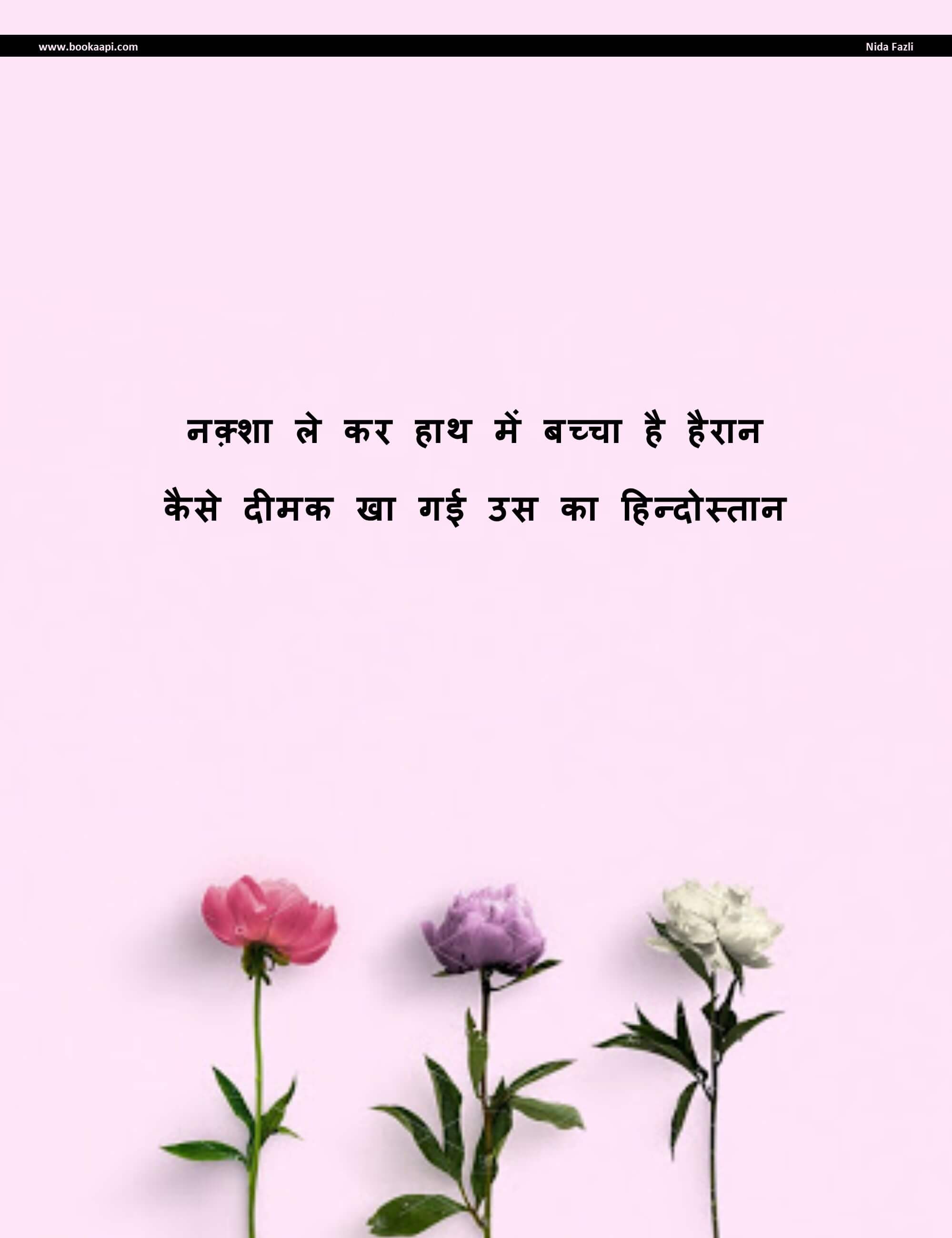 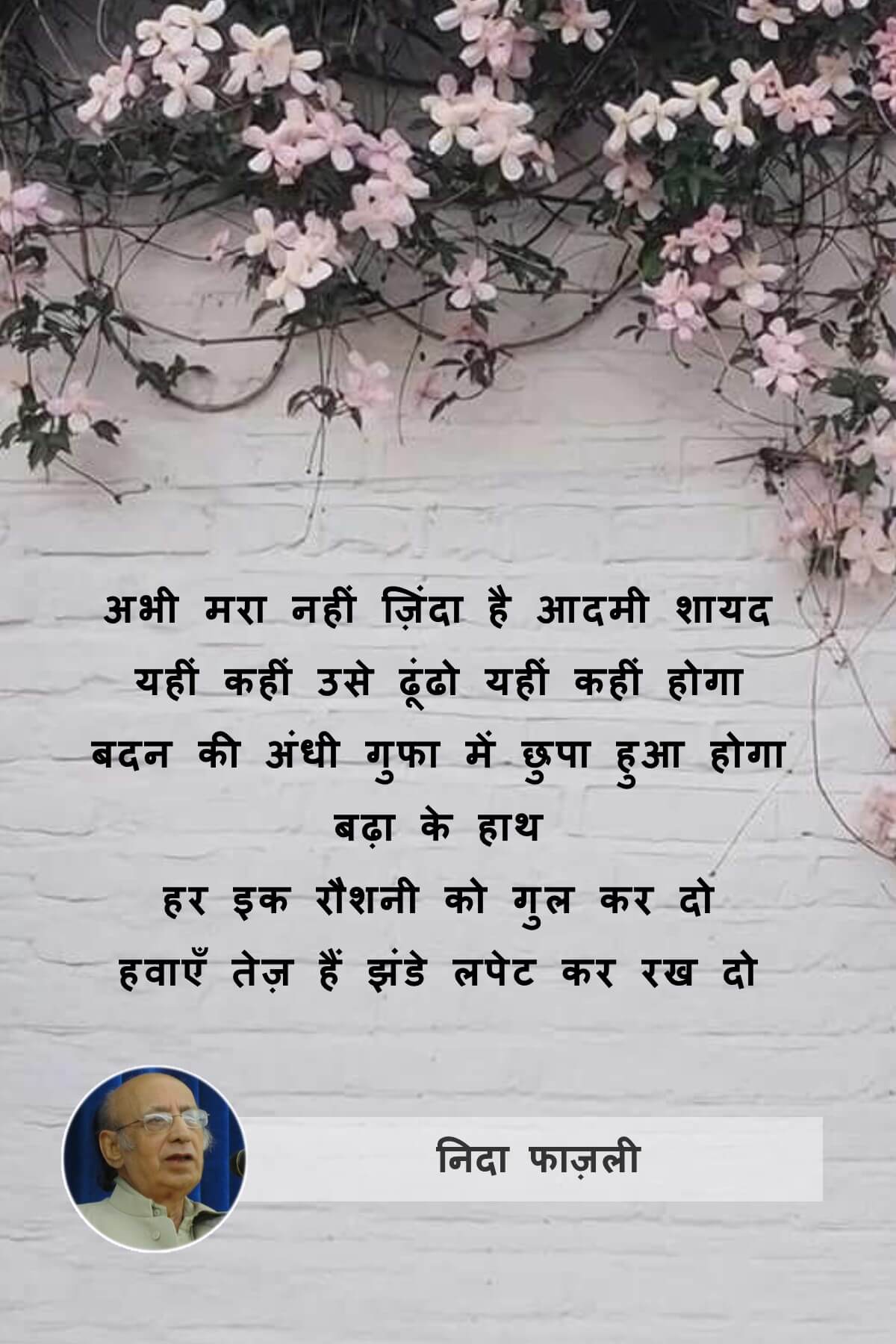 You enjoyed his poetry. Let me provide some information about the shayar.

What is the complete name of Nida Fazli?

When Nida Fazli was Born?

Nida Fazli was born on 12 October 1938, in Delhi. With Kashmiri family, he grew up in Gwalior.

During partition, his family moved to Pakistan, but he decided to stay.

How was the Career of Nida Fazli?

Fazli is a popular poet of India. He has study English, Hindi, and Urdu literature. And use a common language in his Shayari.

He started writing for Magazines like Blitz, and soon filmmakers start noticing his writing. Nida Fazli’s writing was easily adapted to songs. Or one can say, he uses to write in a way that it could be sell. As he later said that financial good artist could create more art, free of tension.

He has written all sorts of poetry, Dohe, Ghazala, Nazms, and Songs.

At the end of the days, he was writing the column for BBC, on literature.

He was popular in awards shows and Mushairas. But here are some big awards he won:

Ghazal singer Talat Aziz, who sang and composed a plethora of Fazli’s tunes, said, “Here was a man who was not diluting his first impulses. He was writing as a free thinker and wrote like that. Brilliant is a small word for him. He was the last of the brilliant poets such as Ahmad Faraz and Faiz. I am also of the firm belief that he didn’t get his due despite such great poetry. He deserved much more recognition that he actually got.”  — SRC

Listen to this awesome Song before going. Thanks. 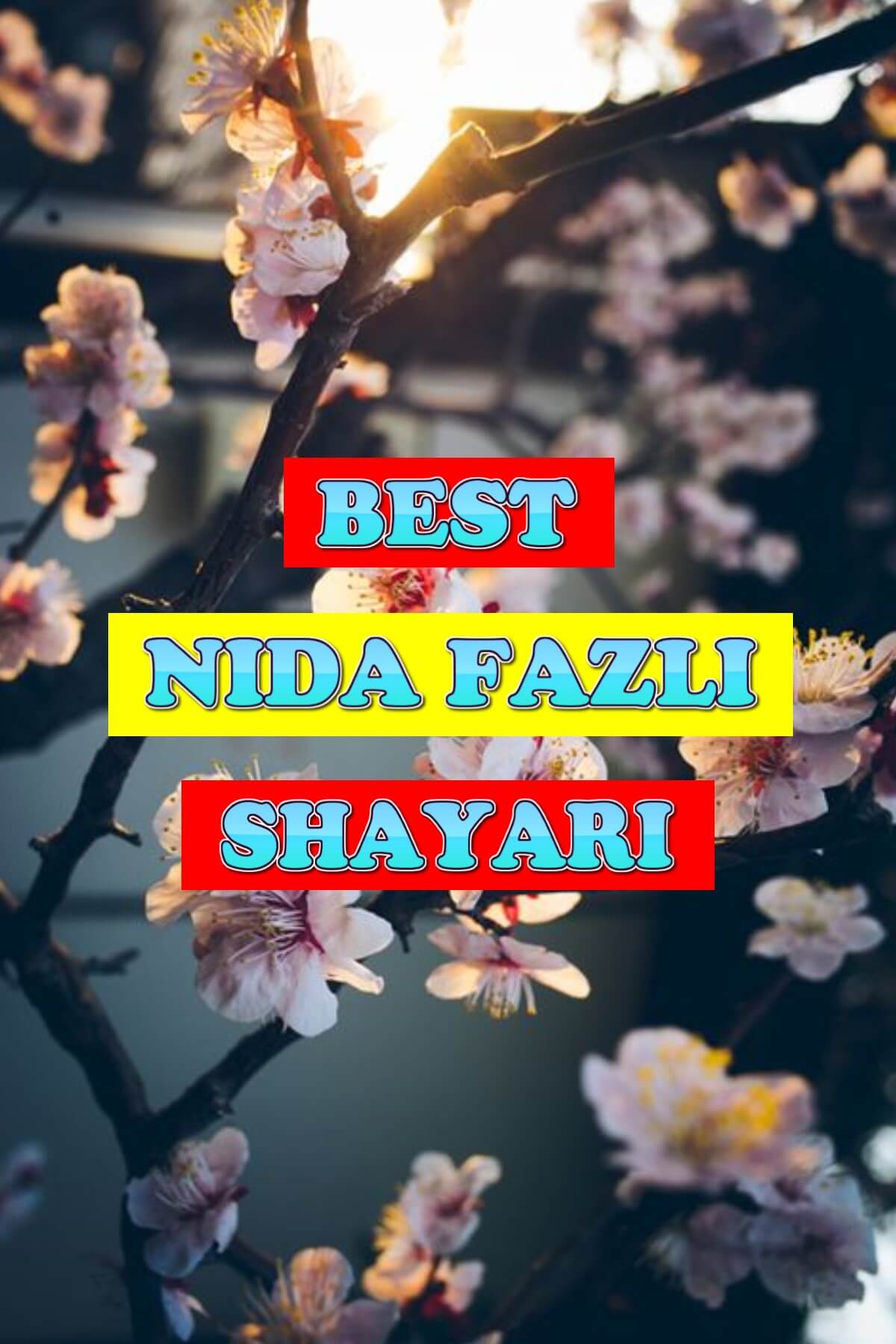