ReReading The Rattrap: The peddler is still inside the Trap

I re-read the Rattrap by Selma Lagerlof, and I think the peddler is still in the Rattrap.

When I read the story the first time, ten years ago, I did not think about it much.

The answer was simple.

When the peddler stole the money from the old man, he finds himself in a Rattrap, but then the girl treats him as a Captain and honorary person, he changed. He addressed the World as an honorable person and left the money behind.

The peddler thinks that he is out of that Rattrap.

So is every reader.

Is he actually out of the Rattrap?

Because now I have re-read the book, I think he is in Rattrap.

A massive Rattrap, explicitly designed for poor people. It is a psychological Rattrap, and even the reader fails to see it.

Because society is conditioned genetically to be live in this Rattrap, so it has become a part of the personality.

But looking at the recent events, the Rattrap is becoming more apparent.

First of all, you have to know the summary of the story.

If you have read the story, leave this section and Click Here. 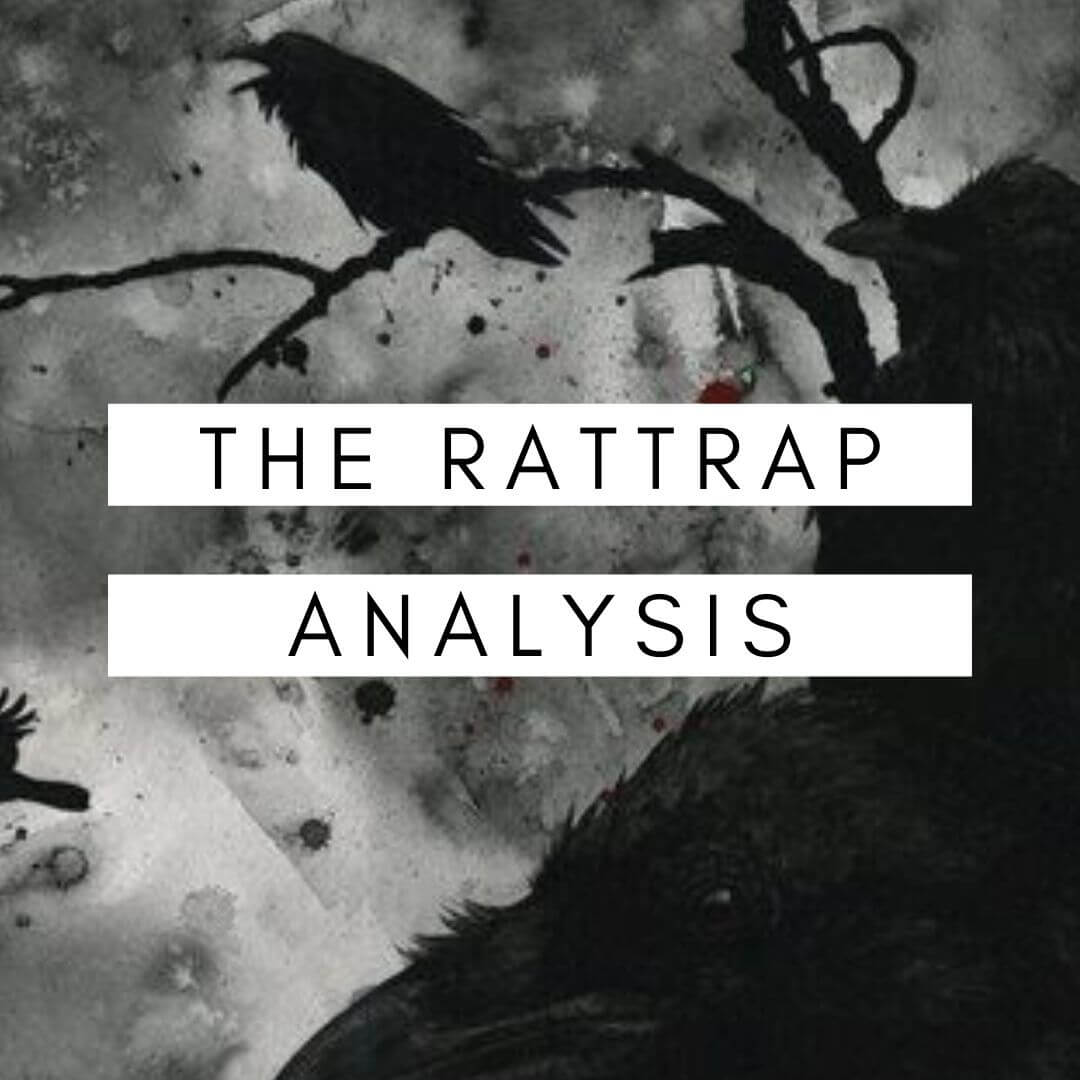 The Rattrap is a short story, set in Sweden.

It is about a peddler who sells the Rattrap that he made by collecting the scrapped iron from the factories and garbage. Even then, his business was not profitable, so he also used to beg and petty thievery to fill his belly.

The life of such people lacks all kinds of pleasure; hence, the World looks grim and meaningless to them.

Although the peddler used to entertain himself by comparing the World with a Rattrap.

However depressing and nihilistic, the thought was entertaining to the peddler.

So, a day he was roaming around the town when he found a small hut. He asks for the stay, and the old man happily invites him.

The old man gave him food and share his tobacco. It is needless to say that the Old man treats him with generosity and kindness.

In the morning, the peddler stole the money of the Old man and left the place.

When he finds himself running circles in the forest, the Rattrap struck him. That may be the money was the cheese, and now he is in the trap, and with no way out.

After some time, he hears the sound of iron, and soon he locates the Ironworks nearby.

Now, the Ironman was a rich man, and he mistakenly takes the peddler as his old acquaintance. He invites him to his home for Christmas, and when peddler decline, Ironman sends his daughter to persuade him.

The daughter succeeds in bringing him home. After the peddler gets cleaned and shaved, the Ironman realizes his mistake and tells him to leave.

Then the daughter let him stay.

Both father and daughter treat him with kindness, give him food, and let him stay at their mansion.

Day after Christmas, someone in the church tells the daughter that a thief peddler is roaming around in the town.

They assume that the peddler must have stolen their silvers and left.

But when they reach back to her mansion, what they find is the money he stole from the Old man and a letter.

In the letter, the peddler signs himself as the Captain.

The moral was the story that if you treat the person with honor, he will treat you back with honor.

Now, it is the primary meaning.

What I think Now

Because if the kindness can change the person, why he stole the money in the first place.

It is evident from the story that the Old man treats him well, and with all the kindness.

Then why that kindness is different from the kindness that the Ironman show.

The difference is of being Rich and Poor.

It started at the time of the Kings. With a few noble families, everyone else is only a peasant, worker, and farmer.

Now, these “regular” or “general” class people do not have the resources to have all the pleasure that those “upper-class” are having.

Now the people have two ways to choose:

So, the whole society starts believing that they have something called “morals” that the upper class lacks.

And this does not happen in a single day. It takes time.

But gradually, people start believing that the rich people might have money and pleasure, but they are evil and lost in the materialistic World.

The poor people filled their minds with the thought that these materialistic things are nothing but a trap. For them, the real stuff was: honesty, truth, belief, family.

All these things that do not cost much to poor people.

And the rich people helped to establish this belief among the masses with the help of religion.

Expect No Morals from the Rich

In the story, the Old man, the Ironman treats the peddler with kindness and love.

But the peddler highly regards the kindness displayed by the Ironman.

The peddler never expected that the rich person could be helpful. It was in his mind, for the whole life, that he is the evil person. So when Ironman treated him with such niceness, the thought occurred to him:

if a rich person, that I thought lack moral, can treat me so well, so why can’t I treat him well.

This does not occur to him while he was stealing the money form Old man.

Because being kind is a thing for poor people. Being helpful does not qualify as a quality for the people of lower classes.

For me, the peddler is still in the Rattrap of class division. He still thinks that rich people are special if they give respect to the poor person.

How do you come out of this Rattrap? 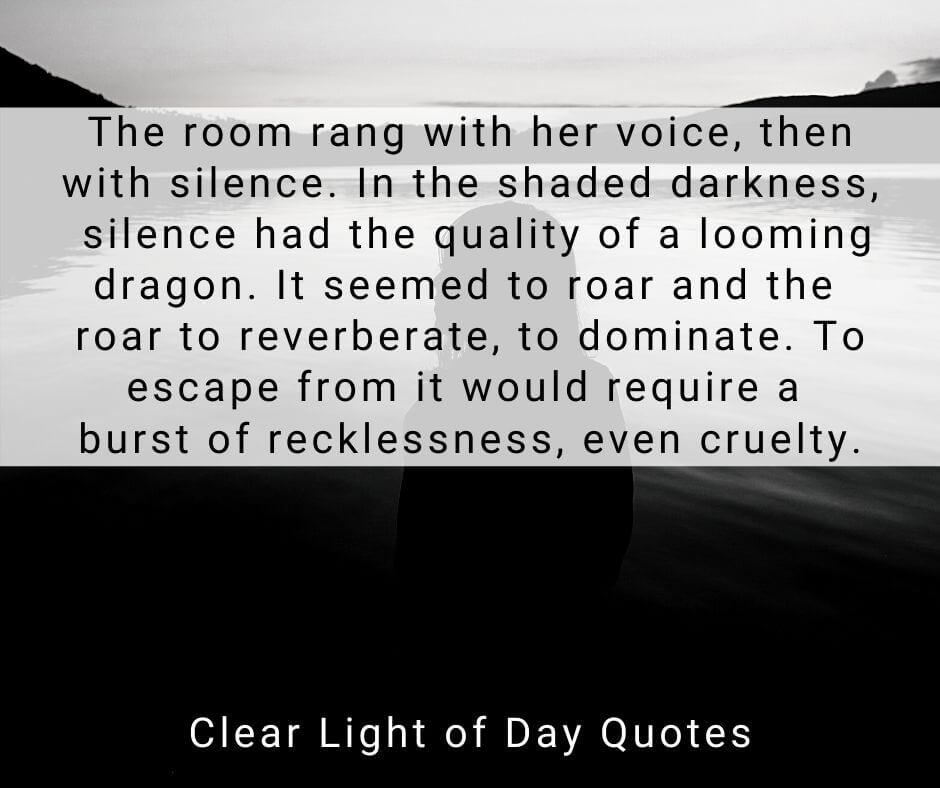 I don’t have an answer to it.

But Aravind Adiga does. And I Kind of agree with him.

He calls this phenomenon “The Rooster Coop.”

The Rooster Coop is a metaphor used by the protagonist Balram. According to him, the oppression of the Poor in India is similar to Rooster’s killing in the market.

The Rooster watch another rooster dying, still, they re unable to rebel and break it.

The systematic oppression makes it worse. Balram points out that the family system of India keeps this oppression alive.

One cannot leave behind his family, so one has to keep them safe — the rich use it to blackmail the person and keep them in servitude.

If a single rooster tries to break out, he knows that rich will punish his whole family. Hence the system continues.

Here we find out the way to destroy the Rattrap.

The way is hard and painful.

You have to leave all of your beliefs and unlearn everything.

As Anita Desai mention in the Clear Light of Day, you have to fight with the dragon, and then only you could be free.

But the peddler does not fight the dragon.

He submits to it.

Hence he remains in the Rattrap and lives his life as a rat.