Should Wizard Hit Mommy by John Updike ends with this paragraph: 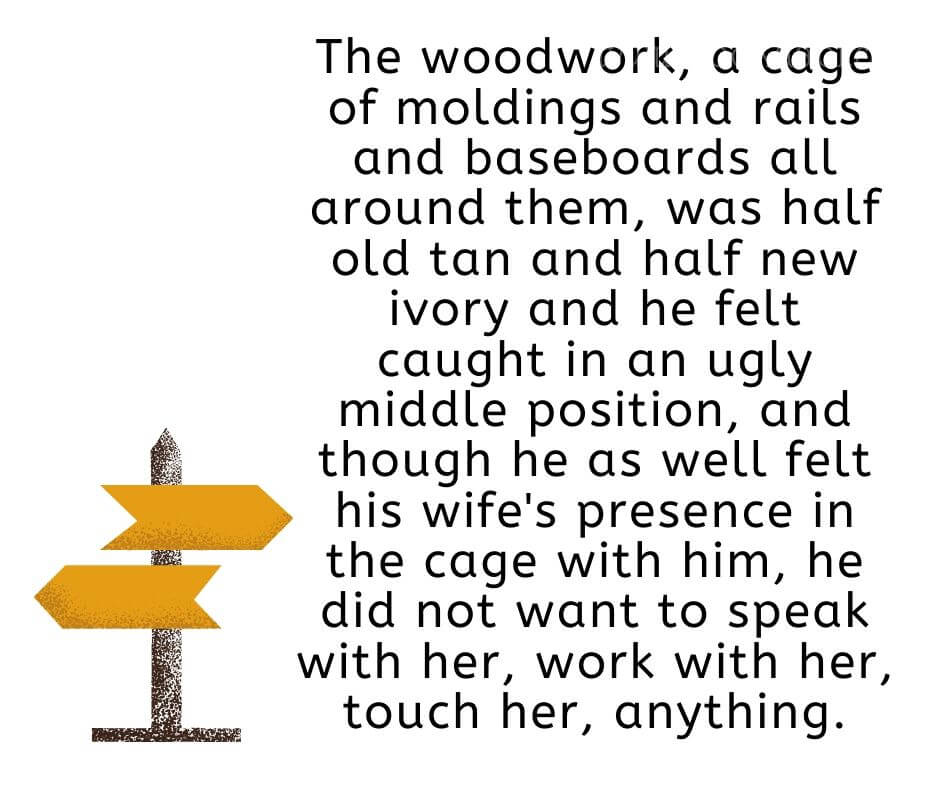 Jack saw the cage, and he is aware of the fact that he is inside that cage with his wife, but he does not want to be associated with it.

He finds himself in the ugly middle position, and, for a moment, he looks at the wife as the Jo watch the Mummy.

Dad, however, does not know which side he is. For first, he takes the side of the Mommy in front of his daughter, but then he does not want to be part of the cage.

You can read the short story here.

The Story of Roger Skunk

The story is always the same, and Jo never questions the ending.

Until the day she does. She directly goes against the authoritative power, and even with the hint of revolution.

Every time the Mommy use to hit the Wizard, and the Wizard would make Roger the same. Eventually, people around Roger learn to live with the smelly Roger.

But Jo does not want this fate of Roger. She wants Roger to get a pleasant smell and friends.

For this to happen, Jo suggests giving power to the Wizard, instead of the Mommy.

The concern of Father is genuine, and He also wants the kid to be happy. But the father’s logic is that parents know better than the kid.

The first conflict in Should Wizard Hit Mommy is directly visible.

Jo opposes the idea of parents controlling the life of a kid. Father is saying that the mother knows what is right for Roger, and the mother should make the decision for Roger.

In the end, Jack does warn Jo.

“Joanne! Shall I come up there and spank you?” The footsteps hesitated.

This is the power that Jack has over Jo.

This is the situation of Roger. When he doesn’t have any power, and he will do anything, the parents force him to do. But soon he will realize that he could make better decisions for himself, he will resist.

A person is leaving his traditional values, and it is taking a toll on the conditioned parents.

What does Jack do?

Jack is standing at the door; on one side is the morals and values he inherited from his parents. On the other hand, it is the ideas and innovations of his daughter and the young generation.

If he accepts what Jo is saying, he is losing all the moral he learned from the parents and not accepting, leads to losing his daughter.

The jack has to decide, what is important?

His daughter or his concept of Moral.

In many cultures and many societies, to keep your values and head high is so important that one has even to sacrifice the infants.

It is not a new concept.

The old generation has a habit of sacrifice the young gen for the sake of their morals and values.

It is tough to break the chain.

Every new generation is equipped with advanced tools that made them better and smarter than the previous gen. While the previous one wants to hold on to the one they are most comfortable with.

The conflict raised in the Should Wizard Hit Mommy only scratch this blot.

The second conflict in the Should Wizard Hit Mommy is of change.

Changing ourselves to become a better version of ourselves, or to live like you are — Which is the right way?

The kids usually have to unlearn lots of things. All the teaching and conditional learning they got from their guardians goes to trash once they stand up.

The last conflict in Should Wizard Hit Mommy is invisible.

This is how the story works. A character does not have to be present to make an impact.

The Mad King has a significant impact on Game of Thrones, and he is only on the screen for like 5-10 seconds.

Clare is the reason Jack tells Jo that Mommy is always right.

So, Jo does not revolt against the Mommy. Because it has spanking power.

This is the direct reference to how the world works. The military and police exist, so the civilians do not oppose the government.

Should Wizard Hit Mommy by John Updike is an excellent short story.

I wish I could write a YouTube adaptation around it. I will tell you if I do. 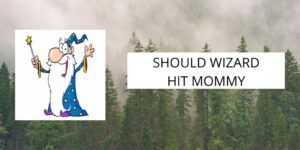 Study of 3 major Conflicts in Should Wizard Hit Mommy by John Updike. How a kid question the authoritative powers, and father does not know the answer.