Hunger Games Triology is a Case Study on Revolution

Why is Hunger Games so Important?

And the writers were crapping out such books so fast that one can only wonder what they were even writing.
But to be fair, the stories of all of them were pretty similar to the different atmosphere.

I mean, there is not much difference between Maze Runner triology and Divergent when you cut it bare.

Then there was The Selection series, Shatter Me and other triologies that came and went. Few were amazing, like The Chaos Walking by Patrick Ness, but even the best of the best falls into the trap of the Matrix effect.

Matrix effect is when first part of a triology is fine while the later two are mediocre.

For right now, fantasy is leading (courtsey to Six of Crows).

However, among all the Dystopia, Hunger Games triology is most popular, and it should be because it is an excellent book.

I would like to be brave here and say that the Hunger Games series is the reason for the popularity of the Dystopian Triologies.

When I say Dystopian Fiction, I mean Young Adult Fiction one, not 1984 type of books.

The Hunger Games series is about many things. Although, the dimension I want to discuss here is the revolution and the circle of revenge that fuels further revolutions.

When the first time I read it, I read it like a book. Later, like a few months later, I watched the movie; and I find the scene in the book. I think that scene give us the clear picture of origin of a new revolution, hiding under the fold of the older one.

After the revolution was over, the President Coin (self-made) asks the remaining Victors if they would like to begin the New Hunger Games again.

This time with the kids of the people of the Capitol, as the punishment.

However, one could say that Civilians of the Capitol were not responsible for the yearly massacre. But they did not do anything to stop it, so in a way, they were supporting the concept of the game, atleast publicly.

After the victory, Districts were angry because of the years and years of the oppression. President Coin was right when she said that people need a way to release their anger.

Or else, what could be the alternative. 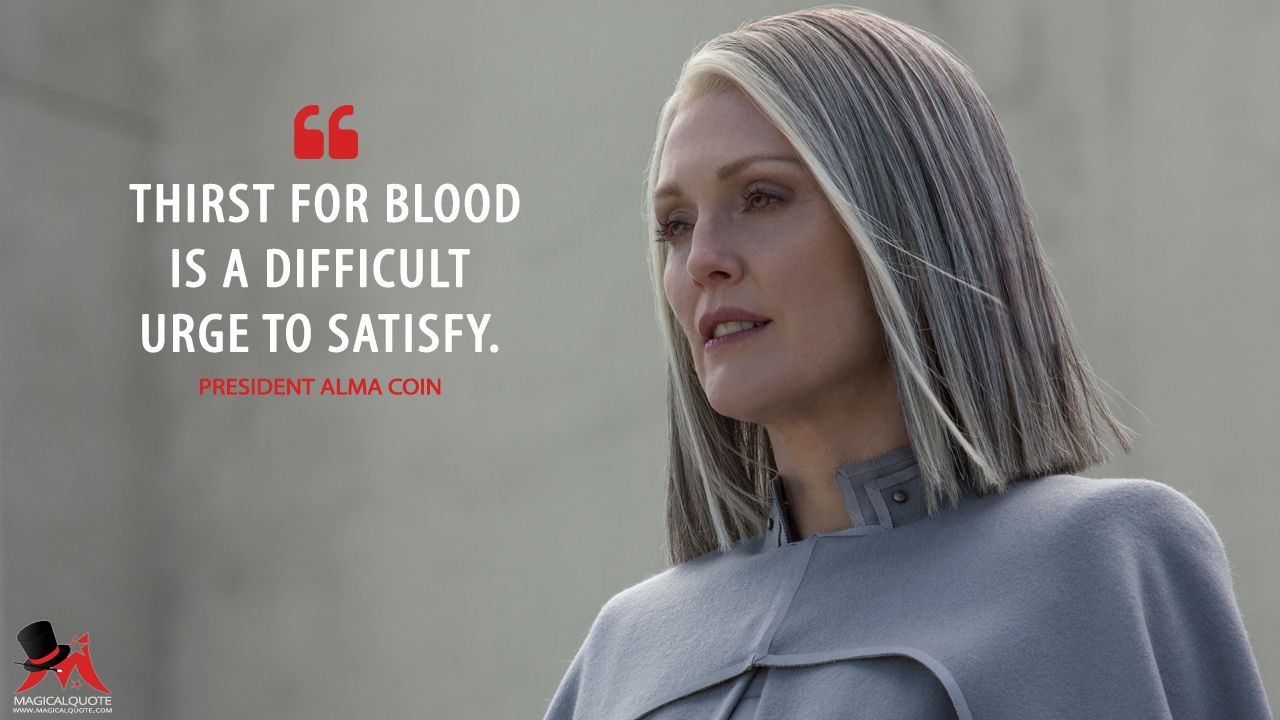 The suffering and miseries that District people has gone through the last centuries would not let them live peacefully with the Capitol. Sooner or later, a Civil War (if you call it a civil war) would begin, and the newly made country would be in flames.

As much I do not want to be on anyone’s side, but I have to admit that people need to release their anger healthily.

When people become slaves of technology and live a routine their life, their wild side starts to cool down.

But it never disappears.

Humans are naturally wild animals, however years of modern civilization may have trained as to be modest and discipline, but there will always remain a barbaric caveman inside of us. Studies has shown that that humans are still as violent as the history.

We can see that in the Hunger Games.

People were furious and extremely excited to do something.

When the Coin does the Voting, the result was in support of Hunger Games. Well, we can assume it is all part of the plan of Katniss and Haymitch, but plan-making was never the strong suit of the Katniss.

So What changed her?

May we will never know.

But one thing was crucial here; there was supposed to be 76th Hunger Games.

It is like having a Second World War after World War, but humanity did that indeed.

Now rewind to the 75 Year back.

What do we know about how the Hunger Games started??

All we know is the Capitol was oppressing the Districts. District revolted, and a Civil War broke.

There is too much history into it, but the basic is that Capitol won, with various means. However, District 13 somehow took hold of Capitol’s nuclear power and got his independence due to the military weapons.

The other Districts surrendered after District 13 left the fight.

To teach the lesson to the 12 Districts, Capitol begins the Hunger Games. The idea was to show them that even the strongest of them is nothing in front of the Capitol.

After 75 years, when District catches fire and revolution begins.

It all begins from the 74th Hunger Games when Katniss and Peeta try to swallow those berries and go directly against the order of the Capitol in front of the live audience.

A hope, even the slight one burn brighter than the Dark.

Katniss Everdeen and Peeta Mellark gave them that hope, and they were not alone. A revolution is not an instantaneous event; it is a result of years of progress. It is itself a progress.

The district started going against the Capitol one by one.

In the Catching Fire, the series comes to the full glory and displays how symbols, tunes, and signals become the pathway to freedom.

There is the story in English, The Last Lesson, where the Berlin forced France to teach the German instead of French in the school. The teacher in the story tells the student that this is the last lesson of the French class and they will not learn the French language anymore.

It was the sad part of the story.

The Languages, words, and symbols united the people against the Capitol. 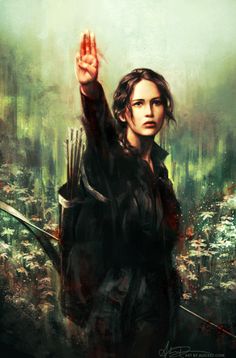 I think the biggest mistake of the Capitol was not to control the language here. Though they try to fight off the tune, and the three-finger salute, but it does not work well when the masses started doing it.

But this is the point of later articles.

Coming back to the point, the first Hunger Games begins to punish the Districts for their revolution.

But there is more to it.

If you oppress the people, they will be angry. And you cannot keep a group of angry people together in one place, peacefully, for a long time. Not by fear, not by power.

They will soon start fighting. With each other, or with you.

The only way is to make them feel helpless and hopeless.

Also, you could give them a way to vent out their anger.

That was also the reason for the Hunger Games.

The district would fight each other, be angry with each other, and then they will kill each other while the Capitol would sponsor them and show them how tiny and unimportant they are.

But at the 75th years, something happened. Something  that shows the Districts a ray of hope.

People watched it live, that a pair from District 12 went against the Capitol and Capitol has to accept them.

It is how a revolution starts.

The anger turns to hopelessness, and a little ray of Hope shows that there is a way to get out of it.

I am not declining the help of District 13 here. District 13 came forward after looking at the brave attempt of Katniss Everdeen.

So, all in all, it was the hope of being successful that starts the revolution. As the saying is, the oppressor always digs his own grave.

Now, from the hope, the early revolutionary begins to rise. Then the masses, and then even the people of Capitol helps the District. There are good people, even in the band of the bad one.

And there are bad people in the groups of good ones.

When President Coin asks for voting for the Hunger Games, she was thinking the same thing the Capitol thought for the first time.

It is the best way to solve the civil war. A purposeful distraction that also gradually decrease the anger of Districts.

If anyone has to understand how a revolution begins, Hunger Games is the series you should read.

It is a fucking case study that it is.