I started reading John Green from The Fault in Our Stars, I did not like the book that much, but it was overall good.

In this post, I am going to rank 5 best books of John Green according to me.

These books are complete published novels by John Green.

There are other books, like Novella, and short stories but I am not adding them to this list of best books of John Green.

Generally, I think John Green do romanticize things like the runaway, cancer, and depression in his book.

Which I dislike, but still, that’s why we read books.

An Abundance of Katherine

I suffered this book. This book is totally boring and jokes were lame.

It was the fourth book of John Green I read.

An Abundance of Katherine is a story of a prodigy who always fall for the girl named Katherine. He gets dumped 19 times, and we have to read each story.

Then there was whole road trip going on, and a mathematical formula to predict breakups.

I never entered into this book. This book repeats itself, and hell, this book is worst of John Green.

In words of Dawn (A GoodReads Review):

Things that I was sick of by the end of this book:

The Fault in Our Stars

Most of the people have read this book. This is like the first book of John Green you read when you enter the John Green world.

The Fault in Our Stars was mine first too.

But as I already said, I did not enjoy it that much.

It is the unrealistic approach or maybe I have read the better novel on cancer. But this book did not hit me like it hits the mass. There are many people like me around here btw.

Teenagers thinking and talking like poets. The Vocab Augustus have. Everything that Augustus have, like basketball champion, virgin, perfect, and he did not waste his make-a-wish.

Then there is too much emotional foreplay with words.

Good for Tumblr but not for my taste.

I find My Sister’s Keeper by Jodi Picoult better than this.

That book really shows the ugliness of Cancer, instead of romanticizing it.

Turtles All the Way Down

Maybe if I reread it, the ranking may improve, but chances are not big.

My biggest problem with this book of John Green is lack of story.

There was no story, only a plot, or an incident around it the characters were built. I did not actually see any motivation.

I want to add some words from Emily May review:

It could very easily have been an interesting portrait of OCD and anxiety, but attempts to add a bizarre subplot of a missing billionaire (who is also the father of her childhood friend, Davis) don’t disguise the fact that nothing really happens.

About anxiety, I really have read better books. The only way Aza show she is anxious is by biting her nails or else drinking dettol.

But anxiety is more general, people who do suffer from anxiety disorder, suffer in all big-small functions.

I kind of enjoyed it, as the language John Green books are ridiculously catchy. The philosophy is always attractive, even in wounded form by teenagers.

I enjoyed this Looking For Alaska a lot.

I do have a problem that John Green shows depression like it is some glamorous thing, but still, I enjoyed it.

The character of Alaska Young was quirky, and Pudge and friends were likable.

Looking For Alaska is a debut novel of John Green, and the story was good.

Guilt, shame, and depression turned a person suicidal, and mystery hangs, is it was a suicide or an accident.

I liked the Pudge character a little too much and that is the reason this book is on the second position on my best books of John Green list.

We need never be hopeless because we can never be irreparably broken.

The monologue at the end of the book was amazing. I find it inspiring and miserable at the same time.

I believe that Alaska killed herself, she was tired of living a guilty life. I have thought a lot about it.

The second book of John Green. And the only book I have read thrice.

This book is basically Looking For Alaska, same characters, personality even the story. But this book is written better in terms of plot making, character development, and pace.

It is same like it happened to me and Moira Stone. (Oystercatchers)

Of course, characters of John Green books are smart, John Green love his geekiness, and he shows it in his book. He kind of make reader believes that being smart or nerd is fine.

In the last, when they dig a grave, that scene s my favorite of all the John Green’s book.

It is so hard to leave—until you leave. And then it is the easiest goddamned thing in the world. 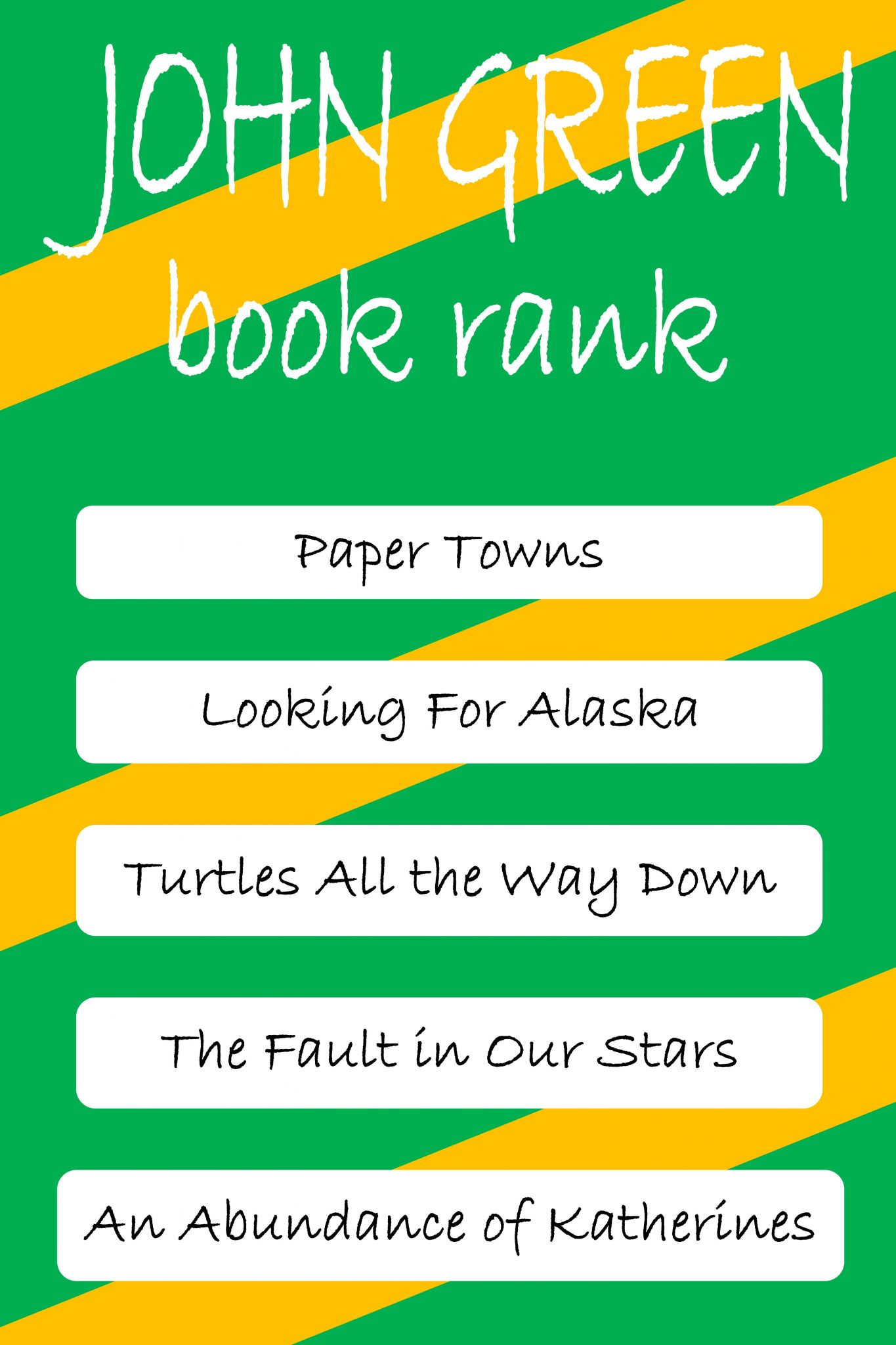