When the Wildflowers Bloom by Rupa Bhullar | Book Review

I already left the review on Amazon and GoodReads, but I guess When the Wildflowers Bloom by Rupa Bhullar deserves an entry on my blog.

If you guys remember the review of Bride from Moon, I mentioned the terrible command of speech.

When the Wildflowers Bloom is 10x worse, and the writer is not debutant.

I struggle to find 3 consecutive ‘said’ in the book.

Let’s see all speech words from the first chapter:

I can’t do anymore… sorry failed to do a complete chapter, but you got the idea.

To be honest, Tara, what your tears and pain could not trigger in me all these years, your self-sufficiency and independence did. The fact that you didn’t need me anymore shattered me. And that not only were you going, but you were better off without me, came as the real awakening. Sometimes, it takes our losses to remind us of the treasures we once possessed.

This is the quotes from the book. And when I read it, I realize, is this what the girls actually dream of?

This is a fantasy book.

Man being destroyed, tired, sad and depressed after the girl leaves him.

The fact the girl does not need men will shatter them once they know it.

However, the idea could be good, but the book set up was not enough to perpetuate it.

It is like a person who cannot hold one glass brag about his alcohol problem. Like, dude, you don’t have an alcohol problem; you have a show-off problem.

You are not true degenerate; you are pretending to be a degenerate so you could hide your mistakes behind it. But actually, you want to be better, but failing at it, so instead of admitting your failures, you are saying you knowingly destroy any chance of succeeding.

But you are not.

Become a true degenerate, and do the next level of stupidity, not the ordinary level. You have to lose everything to get to the point where everything seems pointless.

Well, I am getting sidetracked.

When the Wildflowers Bloom by Rupa Bhullar is about a woman leaving her abusive husband (according to her, as we never get to see the other side – I believe her, but she refused to tell anything) and finding her life.

She goes back to her hometown, helps a school run again, and improves girls’ lives there. 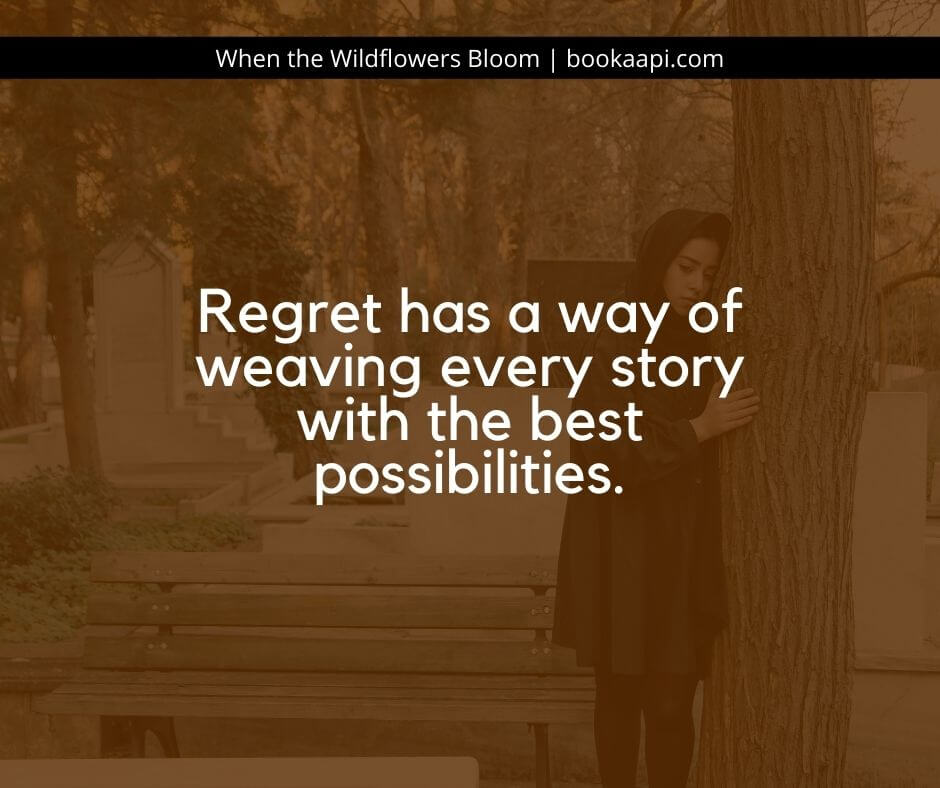 What happens in the book?

Men and women console her, helps her, show her the way, and make her leaving her husband easier.

One even falls for her, and she gets another husband.

If the book’s point was to show how hard it is for a girl to leave her husband, then it failed miserably.

I have seen such scenarios closely, and I know how privileged women are who can do it.

Such women often have insecurities of:

This feels like self-petting: look how, with all the support and help I can imagine, left my husband.

I am not saying that protagonist can’t have pain; she can’t say what she is going through is unique. But, again, that does not make her pain any less, but indeed, her story is not that interesting.

Leaving your husband is privileged.

My point is this.

Having an option to do this is itself a huge opportunity that not every female has.

Not only leaving but getting rest and time OFF for few months after leaving – that is some rich people’s crap.

For all the weaknesses this man had, he had two disproportionate strengths to his advantage. Logic and the art of manipulation. He could suddenly flip every situation such that he ended up the victim and me, the perpetrator. Each time, I was left convinced that everything that had ensued, I had inflicted upon myself with the choices I had made.

This quote from the book represents the entire book.

Rupa Bhullar never shows when, and how the husband manipulated the wife, what he did to make her feel that way.

She said he did.

Again, and again, in the book, we see this.

For example: I show them the PPT, advocating the requirement of all the things our school needed. Then that officer was so impressed he was ready to help us.

What did she shows them, or told them? Who knows?

What was that? Life on easy mode.

Then there are elders giving random life advice that does not make any sense.

Don’t live your life between right or wrong. Wrong isn’t what you do, wrong is when you fail to be you. Start being you.

If I become me, I would do uncountable wrong things. So you should not be you; you should always try to do the right things.

It is our choices, Harry, that show what we truly are, far more than our abilities.

Just because there are elders in the book does not mean you can throw any bs and go with it.

In the book, characters drink, do a picnic, eat out, and have fun while consoling their family members.

While on the side, another female is going through the same journey, but who cares about her. She is a poor woman.

Why was Bittu there?

There is this Bittu character who rides bullet, have a girlfriend, and occasionally help the protagonist. That is his entire personality.

He has an arc. He gets in the accident, and she has to go see him, which wastes her time.

Then she comes back to find a love poem. Finally, she realized she is in love.

For a moment, I thought the author will leave her single and show that the woman does not need another man. She is doing good.

She runs to him like a Bollywood actress, and the camera focuses on Wildflowers. Blooming.

Showing, indeed, that Wildflower blooms when the girl finds the right man.

Now the heroine gets the boy. Now the wildflowers blooms.

Do I recommend When the Wildflowers Bloom?

But if you want to see make a list of all command speeches, get this book. It could be a good case study for that.

For the abuse, try It Ends with Us, Surrender, Gone Girl, etc.

When the Wildflowers Bloom 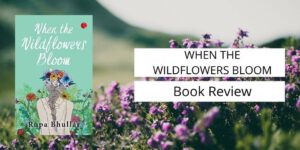 When the WildFlowers Bloom by Rupa Bhullar is story of a woman leaving her husband behind and starting her life, a better life.