To Skies and Waters by Sirjandeep Ubha | Book Review with Spoilers

Though I finished the To Skies and Waters by Sirjandeep Kaur in only two hours, I have to admit it was still a total waste of the time.

It might seem harsh, but this book is not good. TBH I would not have written the review if I was not so disagree with the book’s message.


The review is full of spoilers, so don’t read it if you have not read To Skies and Waters..

The book does not have a direction, and it tries to jumps on the various elements. However, blurbs say that the book is about mental illness, which it is, to some extent.

In the end, it concluded that only you could save you.

Which is harmful advice!!

To think of it is coming from an educated person … 😐


I mean, try saying this to a mentally ill person.

Guess what, SELF LOVE IS THE ANSWER, and ONLY YOU CAN SAVE YOURSELF. 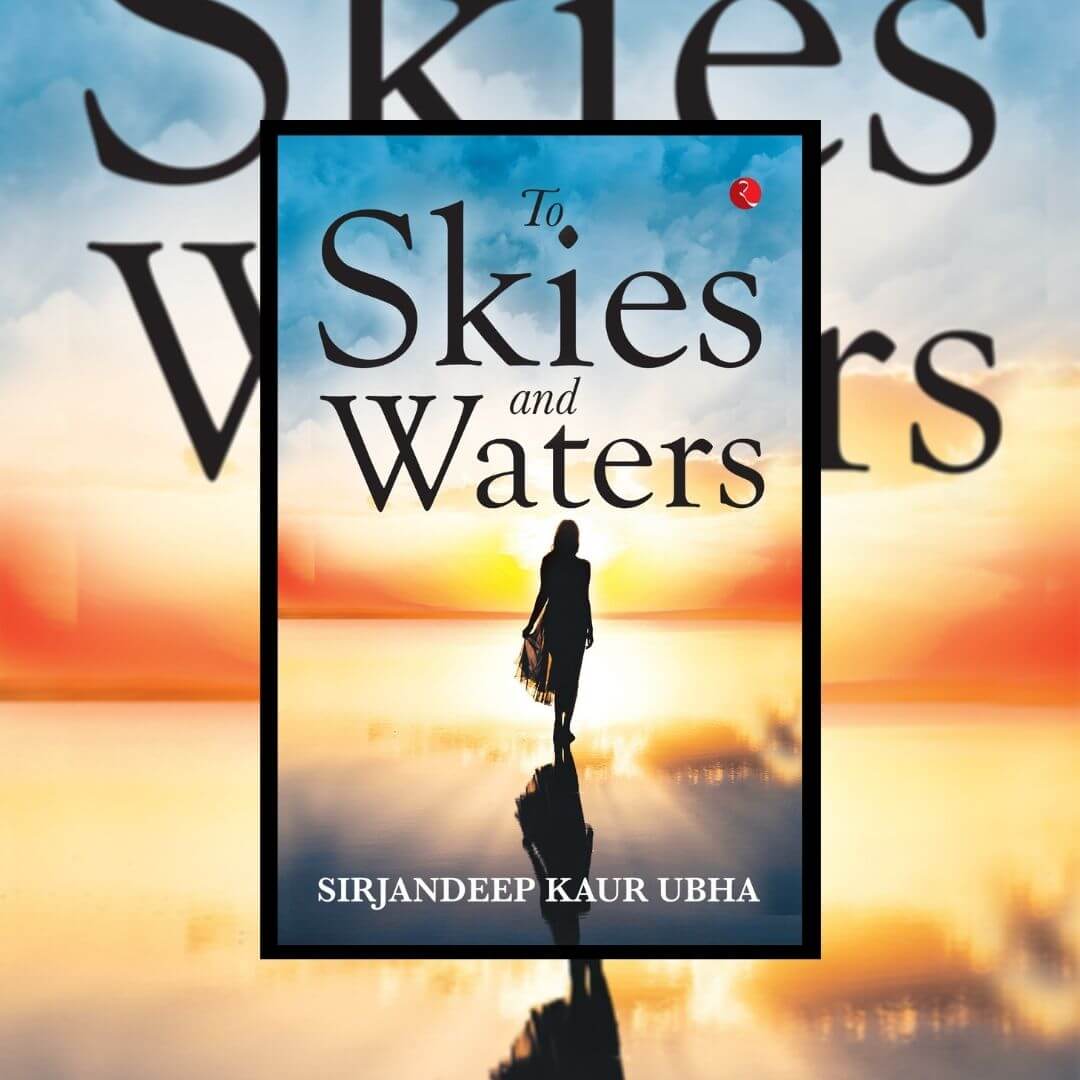 Story or Whatever there was

There is no story, and I guess having a story is a critical fiction book.

Even if you are writing a character journey, it should be filled with various events that form a tale’s arc.

However, this book attempts to show the anxiety Indian kids go through while moving to foreign.

But the book is not even about that. Then To Skies and Waters might be a love story. Then again, it is not, as it all comes to self-love.

Okay, so Aveera is happy as she is going to Scotland to study at her dream university. She is happy, excited, and somewhat stressed about the situation.

But that stressed point is not that in the open, as I read the book, she was happy, and her family was supportive.

Then she went to Scotland and made lovely friends. She enjoys her time, goes to a club, and make a trip to Paris.

Now the only interesting bit is that she met a boy named Aryan, which turns out to be a figment of her imagination.

Why she creates this person is not answered correctly?

Except that she felt scared about going to a strange land, and she wanted a friend there to support her.

Soon, that imaginary friend turned boyfriends is everything she desires as he is her imagination.

Till here, the book is okay, but then she got into an accident.

And from there, the book lost the point.

She recovered slowly and then went into a slump. Which she thinks is depression. However, when you go into a severe accident, depression is a natural part of recovery.

Aveera, although, thinks this is something out of nature, and she does the right thing. She goes to the Doctor.

I will not go into detail how badly the character of the Doctor has written. Just assume it was a typical Facebook comment psychiatrist giving generic advice such as drinking water, running in the morning, and writing down what you are thinking.

If you are a mental health advocate, what is the best advice you can give. Go to Doctor.

But nope, in To Skies and Waters, the character goes back to Scotland to find Aryan and prove he is REAL.

Do you see what I am saying?

Books end with: She sees Sara, knowing she is imagination and run towards the water.

What do I make of this?

Did she kill herself?

Aveera is still mentally ill, and in no way I can accept this crap that you can save yourself.

By saying this, you are blaming the people who die due to the mental illness that they were not strong enough to save themselves.

Because if you are mentally ill, go see a doctor or talk to someone. Saving yourself is not that easy, and you will create some stupid defense mechanism that will harm you in a long way.

The stress of going to Foreign

This is a real thing. Writing about this made Amy Tan an acclaimed writer.

But here we don’t see the stress.

The cultural and societal differences between both countries ensures some anxiety in students, but one have to show it.

And what was the basis of her mental illness?

She had 3-4 bad relationships, in which she admits that she wanted more attention and love than her partners were ready to give. She demanded more. When that does not happen in real life, she created an imaginary person.

The reason is a stretched, and like other parts of books, it seems weak.

But what can we say when we have such a stupid doctor.

It’s basic writing where the pages are filled with communication dialogues.

The book is short, and there are many parts in the book where the girl is talking to her parents or another character.

And communication happens, such as:

‘dad, I want to go to Scotland’

then some convincing, and then dad give her cliche advice like be careful…

Finally, the cycle begins again with mother and brother and friends too.

So there is the same thing I have to read thrice. And these things do not even weigh in the book.

Aveera’s family is quite liberal, and they are from the village.

So am I so out of a touch of reality, or the village people have accepted that their daughter will date and fall in love.

Even the brother was supportive, and the mother was casually talking about the boy.

Then there is a Gay couple & friends visiting India just to see Aveera. The entire journey might cost them thousands of dollars, but all the characters are from wealthy families. However, they were flipping burgers and living in hostels.

But this is good if the family is that liberal.

Do I Recommend To Skies and Waters?

I don’t like the book’s message, and if you are suffering from some illness, keep your distance.

But if you want some time-pass stupid romance, go with it. It will not take much time.