The ending I wanted in Tattletale, I got in The Misbegotten.

500 amazing pages written by Katherine Webb, and it was not boring even for a minute.

I guess the parallel stories make it easier to make the pace thrilling, but then I have read Memoirs of a Geisha — a stupid and dull book.

I thought the misbegotten is the word created by combining miss and forgotten. As there is a Miss who is missing, and no one knows what got her.

But then I search the meaning of the word, and it makes much more sense.

Stupid me, the book’s plot was there on the front page, and I was unable to see it.

It is not the first time this is happening. I mean me being stupid. I have good experience in being a fool.

What is worse? To know or not know?

When I was younger, I read The Lovely Bones by Alice Sebold. The young girl was killed in it, and the family never gets to know what happens to her.

In another book, Where Things Come Back (a big recommendation), a boy was kidnapped. His family does not know what happens.

Many books deal with the lost kids and adults.

Again and again, the question remains bold and unanswerable:

I mean, what would you choose?

I am always double-minded in this. On one side, ignorance could give hope, but the misery would be awful. But then the release would be sad, but at least it will free you.

Freedom at what cost?

What is Misbegotten about?

Misbegotten is the story of Alice, Starling, Rachel, and Jonathan. And more life destroyed by one person.

Alice considers Starling as her sister. Jonathan and Alice form a strong childhood relation. Rachel married a person from Bath and shifted to the town.

The thing is, Alice vanishes one day.

No one knows what happens to her.

Starling, who loved Alice so much, blames Jonathan. Jonathan is suffering from extreme guilt-ridden depression and sadness and does not remember the day.

In all of this, arrive, Rachel, who is well mannered and looks very much like Alice.

To punish Jonathan, Starling plans to throw Rachel in front of him.

The plan works to some extent, but instead of torture, Rachel’s presence and sense of kindness start healing him.

Now, there is much in the book that I cannot and do not want to summarise here.

But it is quiet to say that few things were amplified for the sake of the story, though they worked great.

Avoiding any philosophy, is not betrayal mean breaking the trust a person has in another person?

Now that trust could be in any form.

I mean, if you tell a person anything, there is a non-vocal trust agreement by both parties that the point should not be presented to everyone. So this is a situation that is heavily understood through the context.

Without understanding all the angles, it is next to impossible to understand what happens.

The betrayal could be imaginary for a person because the other person could always take the side of ignorance as the agreement was ambiguous and leaning on the expected//obvious declarement of the relationship which is easy to misuse.

The misunderstanding could erupt from such a betrayal on all the side. But what is worse is the weakness of the human condition, as, on the slight sight of the tiniest assertion of treason, one can take a defensive notion.

Defensive stance, when ignored, can turn into an attack for the sake of attention. Now the other party could smell the change in environment and offer reciprocation.

That will create an atmosphere of betrayal solely based on feelings, emotions, and misunderstanding.

That’s why you should never tell anyone anything that you want to keep secret. Because if you can’t not tell others, you cannot expect others to shut up about it.

Now, why all this?

Because there is so much betrayal in the book. I thought a lot and found that here the betrayal was not the betrayal but the absence of proof that there was a betrayal.

Jonathan and Starling do not know whether they were betrayed or not. They were miserable whichever option they accept.

If Alice betrayed them, then it hurt everything they are made of.

Their personalities, their life, everything will break.

But if Alice was not the one who betrayed them, then what the hell happened.

In this book, not knowing is shown as the worst thing that could happen to any person. 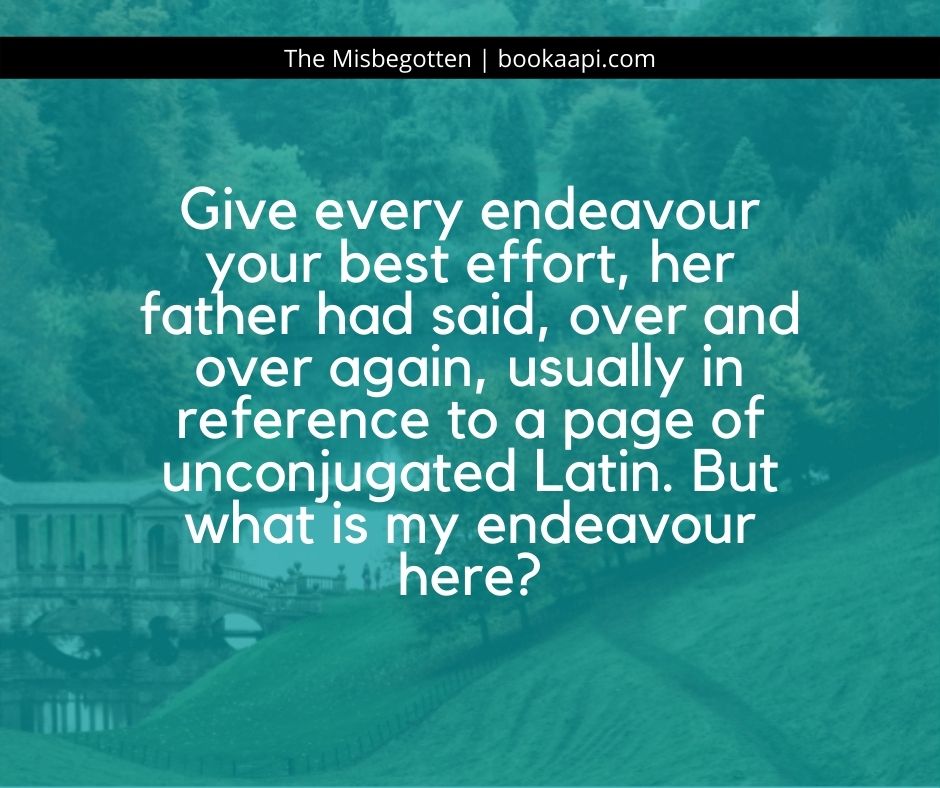 Love not acknowledged could turn into hate. Done enough time, people will turn into monsters.

First, though, how do you make someone love them?

Richard Weekes was the unluckiest person in the story. Used by love, hated by love, and then discarded by love.

When I compare Richard and Jonathan, I see the stark class division at the root of why the book displays Richard as an evil character.

Jonathan was shown as a War Hero, while Weekes as a gambler. But again, Jonathan was a drunk and stuck on his missing ex.

Though Jonathan achieves nothing and gets everything from his ancestor, whom he despises.

Richard has to make his way through hard work, and tricks.

To think about it all is tiring and exhausting, how a character is made into an antagonist of the book due to an unintentional mistake.

While the other character that made intentionally and knowing wrong decisions was shown as grief-struck and miserable beings, who need the reader’s sympathy.

Guess every book needs a character that people can hate.

There is another antagonist in the book, the one who brought this chaos to everyone’s life.

I do not want to give a spoiler.

Making 500 pages interesting is a difficult task, but what an excellent job Katherine did. Bravo.

The story is told in two timelines.

The timelines are chapter by chapter and always end with a minor cliffhanger that makes you read the next chapter. The next chapter is from another timeline, so you have to read one more chapter to get that one chapter from that timeline that ended in a cliffhanger.

Then the first timeline twists you, so you keep on reading.

This is a set template for many authors, but how you fill it makes a difference.

Do I Suggest Midbegotten by Katherine Webb?

It is an excellent, fast-paced thriller to read. With 1800th Bath, and language that is not that reader-friendly.

However, you would not like to take it to the airport. :p 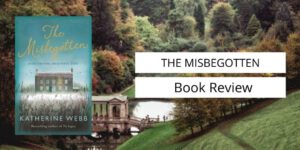 The Misbegotten by Katherine Webb is a great thriller novel of 500 pages with Bath of 1821. I don't know about geography but enjoyed the book.