Completed The Good Husband of Zebra Drive by Alexander McCall Smith two night back. From the author of The Sunday Philosophy Club, this is not my first time reading The No 1 Ladies Detective Agency series.

On contrary, I already have 3 books sitting on my table as I write this review. Those will not be the next read however. Already started with the Cruellest Month.

The Good Husband is short, but have many concept that I could discuss. But I am picking only the 3 big one, because, I have to write everything in my mind, and I am too much lazy for that.

When people believe that they have power they move in confidence, and that can frightened the people in authority.

And in this contrast —

Resignation shoes is simply a placeholder for tangible of people rising in social and financial hierarchy. They get a glow and confidence that was absent through out their life.

This is the same kind of power that person working in company feel during notice period. When the person already have job line up, he can afford to lose the exiting job, so he can take risk to some extent. He take control of his position and choices.

The same thing is happening with Rudupati – fiancé of Makusti. He never felt loved, so when he does he can’t believe it.

The reference to this is is in The Perk of Being a Wallflower where Charlie asked Emma Watson why we fall in love, and she replied we accept the love we think we deserve.

By deserve it does not mean they don’t deserver better — they know they deserve better or can get better, but there are restrictions to jump, and they don’t want to do it.

In real life people mostly avoid difficulties, that’s why stories and books seems better. An alternative to normal. Here heroes do take over the restrictions and get the love he think he deserve.

But the concept stays the same. Even the hero get the love of the girl he likes, still it is the love he think he deserve. But here he is choosing the love, not accepting the love.

The decision of choosing and selecting is what gives people power.

That’s what we see in the book. Makusti has now power to work or not. She can afford to not to work, she has that confidence, and self-esteem that make her powerful.

This is the same phenomenon that people usually don’t talk about when they tell their success stories. Rich people with rich parents with a big safety net walk around in different confidence, and you will find them saying — life is all about choices you make.

Same is with powerful people like Dumbledore — it is your choices who makes you harry not your abilities.. but does Harry Potter had any choice?

Did he choose the life of abuse, running, depression, neglect, bullying, misery and loneliness. Would anyone chose that life — even for the greater good. The greater good is then overrated. The greater good for the magical world is tragedy of Harry Potter, Longbottom, Lupin and many others.

But that’s the point.

People like Dumbledore, people like James Potter, people like Malfoys, they go on around with resignation shoes, in their mouth. Because they always have and had choice.

I am not saying that there is anything wrong in having family wealth, but to say thing like I am self-made insults and disgusts those who are restricted by this. Like Ramostwe in the book.

She had the little fortune that she used wisely to create an amazing life for herself and others.

Because she was confident.

But people like Makusti does not have that confidence. When it comes, people usually see it as threat. People feel their control over the person is going down.

Intelligent and kind people find it positive, while stupid and jealous people start discussing the other part of the person that are not good. It is an attempt to steal the glory and redeem their own shadow.

As Malfoy try again and again with Harry. As harry becomes the hero, Malfoy taunt him with stupid taunts like muggle mother, because that is the only thing Harry can’t change, and improve.

Ramotswe changed her view, and accept that she is not in power anymore.

But she is kind and intelligent, so she offered a partnership in her agency to make her an equal. Alexander propose the solution as well as the problem. Nice.

That’s the one thing. The resignation shoes are not only the shoes but the concept of how people who scale the ladder are treated by the people on the top. 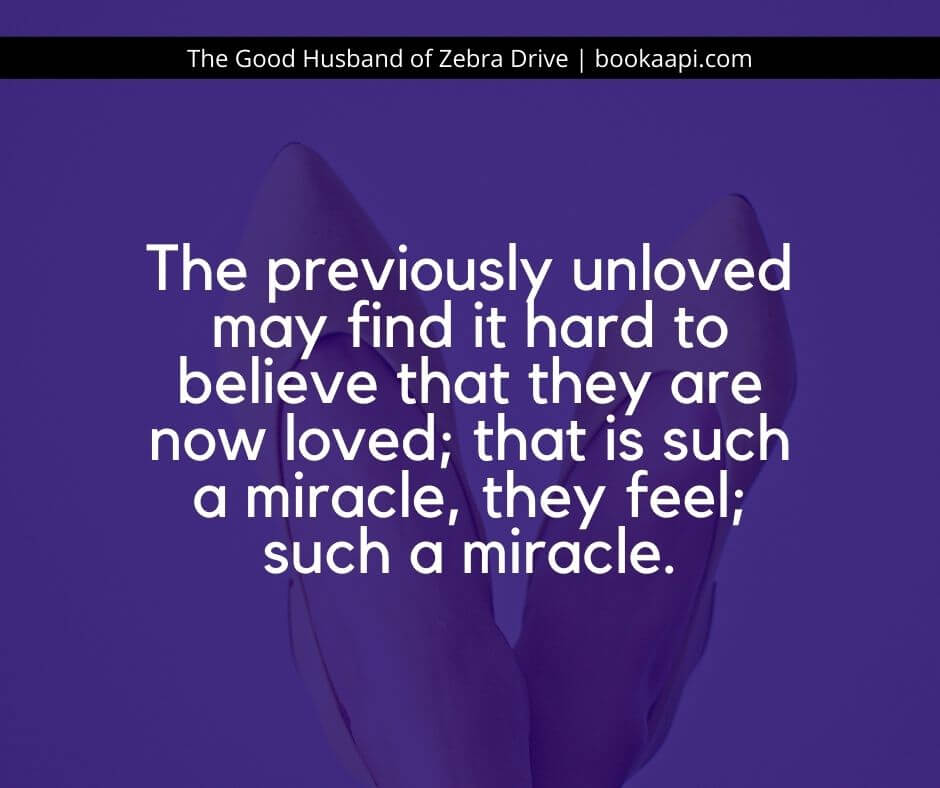 The concept behind is childish but we see it often. People when in come to power see the greater picture instead of selfishness.

People are selfish till they are responsible for themselves, but they get the responsibility of other people. the empathy does not allow them to take the decision that may hurt their group.

The accountability , or you can cay their leadership stop them from taking actions that cause loss to everyone — but why?

Is it genetic? Is it learned behavior? Is it cognitive behavior?

As far as I see, it is due to the fact that the leader are perceived as hero. Hero who have command, have respect, and people listen to them. They have an image of selfless person who will do anything to secure the pack. It is an alpha role.

The man when become a leader see himself as an Hero — the only opportunity when Id is satisfied. He stop himself from doing anything that can smudge the image of an hero.

The concept of hero again comes from the stories, movies and legends we grew up listening and watching. So yes it might be learned behavior through stories.

But then power also corrupt the people. you either die and hero or become a villain. So yes, every hero becomes villain sooner or later, but how long it take is critical.

Some people become villain is mere seconds of getting the power – are they called heroes.

No, because heroes have to be kind, selfless, and all the positive attributes. But the image of an Hero is changing as the stories are changing. Now the hero is misguided like Captain America, and selfish like Wanda. Or brutal murderers like the boys.

The definition of heroes and villain is blurring, but the leader is different.

Leader – be it hero or villain – is a leader.

Leader is always an hero for the pack. Leader will always consider himself as an hero. He is the person pack has given responsibility to protect itself, and that is the most honorable thing for anyone.

If you keep digging, you will find that there will be a group and a leader, and leader will be the hero of the group.

Making the thief in-charge or the leader so the supplies gives you good chances that he may try to redeem his image, and stop stealing.

Or he can keep stealing but that will question his job as in-charge. Which is a public shame, that human tends to avoid as much as possible.

He have to prove he is good in-charge by stop stealing, as he can show everyone that the theft has stopped under his regime. Or he can steal everything and leave – killing the hen.

The same is followed by the politicians. They keep creating difficulties for public, and then solve it. Coming out as a hero – a savior.

As they said, with a partner you can solve the problem together, problem you may not have if you were single.

Here is the spoiler but the concept is directly related to the leader’s one.

Well because of authenticity.

But why the external views, of a person of we know nothing about matter more than our friends.

Because everyone is bias around us. They have seen our bad, poor choices, and they already have an image set up for ourselves.

Their view are diluted, corrupted and often motivated by their own choices.

They may fear consequences of giving negative reviews. Or being in hot by giving the positive. Even the neutral review will be seen as diplomatic one

Having a proper review, you will need external eyes.

If you know who stole the credit card, but you do not want to blame the person in fear of hurting the feeling of the person, but you cannot avoid it, so you call the third person in so he can investigate and blame the third person. But you do not want to be that person, because it hurt to be ask that question. You are questioning yourself in that case.

However in the book, the doctor goes wrong with this one. He does not invite the completely unbiased person to review the case, but the cousin. make sense, as his motivations are clear, however his conscience is not.

Which clouded the Ramotswe senses.

A unbias person may have taken the different approach.

So why would you do that.

I guess the doctor did it to share the blame. he was feeling guilty, and he does not want to be alone in this. He add the Ramotswe in it.

Have seen many times all around me. When people want to do thing they don’t like they ask other people to be with them. So they can share the guilt and shame.

That’s how the human survive everything, we work in groups and share guilt, happiness, sadness, and shame. It become easier to go through the event that is hard to think about. Solidarity in group make individual strong.

Do I recommend The Good Husband of Zebra Drive?

Yes. Sure. The book is good, however independent, I would suggest to start with No 1 Ladies Detective Agency. You will know how it all begins.

But The Good Husband of Zebra Drive is also a fascinating practical study into philosophical concept. The Sunday Philosophy Club also ponder into such interesting subject, but not through fiction.

The Goof Husband of Zebra Drive 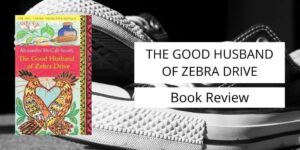 Filled with easy to digest cases, The Good Husband of Zebra Drive by Alexander McCall Smith explores the human confidence, nature and luck.