The Girl Who Loved Tom Gordon is my first Stephen King novel and this is not interesting.

I know Stephen King has a huge fan-base and he is a good writer, but I did not like it.

Might be I choose the wrong book to get started.

I have Doctor Sleep on my shelf but I did not read it because I do not have The Shining. So I read The Girl Who loved Tom Gordon.

Does horror Literature work on me?

I doubted the literature’s ability to make me afraid.

I chose the Horror King to prove me wrong. But this book is not what I think.

This is a survival story. The protagonist is a little girl. And the world here is an antagonist. 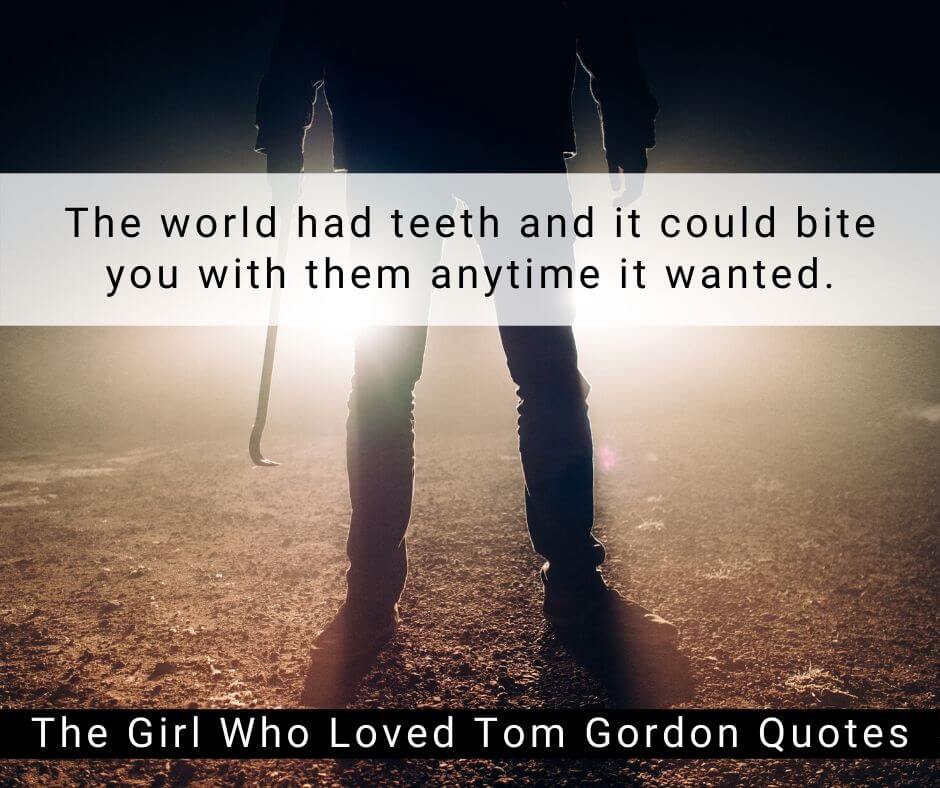 The main character Trisha is boring.

She wonders in woods and has a strong will power but she never arouses curiosity. She dulls every action happening in the book and yet acts like she is cool by giggling.

However, the girl in The Distance to Home is funny and sweet and also a lover of basketball.

The first hundred pages are not so engaging. After Trisha’s body weaken physically, it becomes fascinating to read her.

At that time, her mentally strength show up and it is compelling to read tired and exhausted girl surviving in woods and trying to find a way. Before that, nine years old was whining.

On the other hand, the jungle is evolving her into itself.

She is dissolving into it. Trisha is adapting to it and still fighting it.

The writing itself is not that haunting.

I mean I read the Mara Dyer Series which was damn nasty and evolve into a psychological story. The Girl Who Loved Tom Gordon starts with a wondering girl, try to put eerie sense by putting gory details of the jungle, and in the end, the safe rests on the mental courage.

Not a refreshing writing I see, but I do not read horror much, I do y/a, so I might be wrong.

What was that thing following Trisha?

End up in nothing scary. Disappointed.

Not expecting, that after building up hundred fifty pages of mystery, an animal came out of bushes.

I needed a more scary thing. 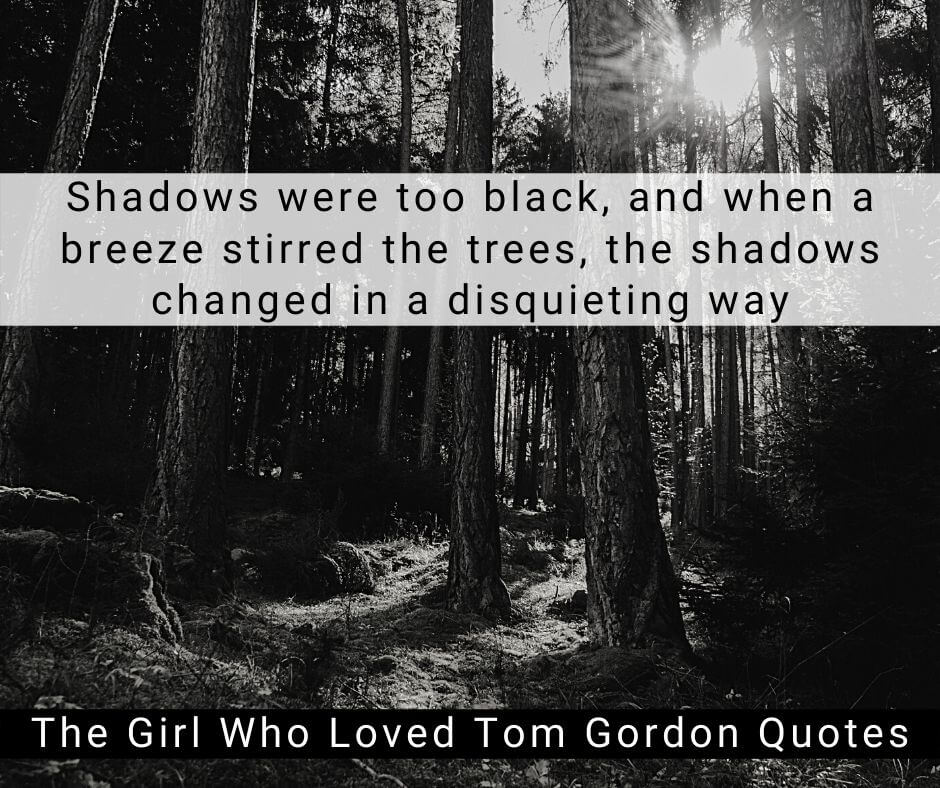 The Girl Who Loved Tom Gordon and Black Aeroplane

I know it was all Trisha’s imagination. and her unconscious bravery takes shape of Tom Gordon and imaginations to get her going.

The same story I read in my eleventh class English.

Same is with Radio which helps her unconscious that there is still the world to live worth to fight the forest.

The radio was her lifeline, the games her life preserver. Without them to look forward to she thought she would simply give up.

The end was sad satisfying if I overlook the animal thing.

It wasn’t fair that she should die after fighting so hard to stay alive, but the unfairness didn’t make her so angry now.

I wish she die, so she does not have to survive another forest called life.

I am not leaving Stephen King, I know he is a great writer, but next time I will do some homework before going to read his book. 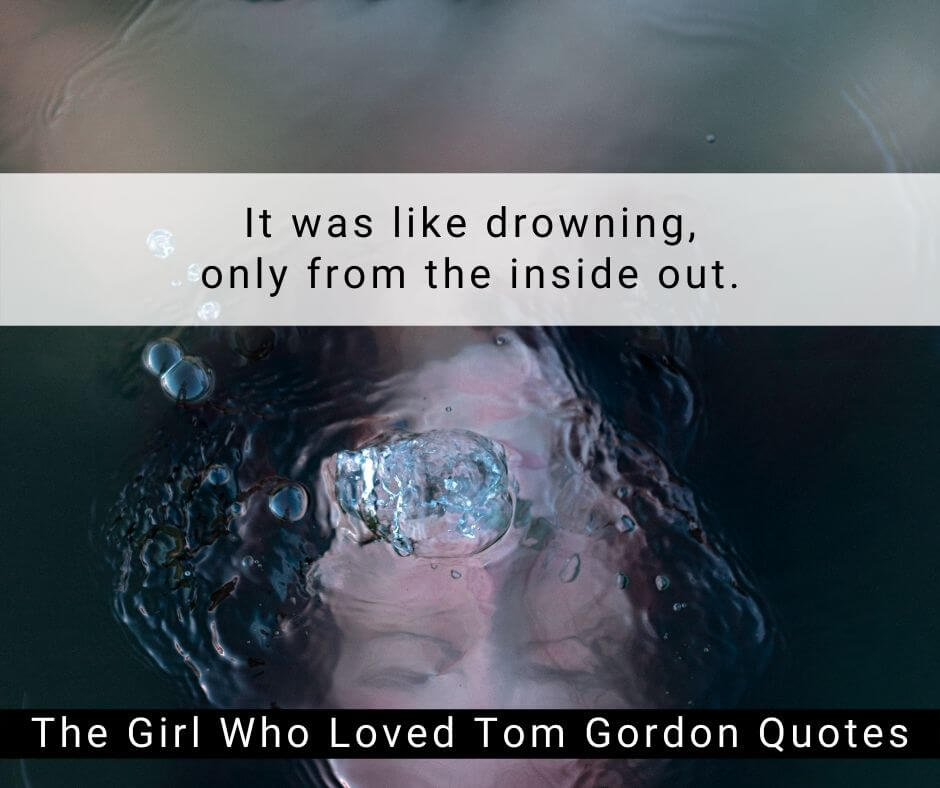 Blurb of The Girl Who Loved Tom Gordon

Nine-year-old Trisha McFarland strays from the path while she and she recently divorced mother and brother take a hike along a branch of the Appalachian Trail.

Lost for days, wandering farther and farther astray, Trisha has only her portable radio for comfort.

A huge fan of Tom Gordon, a Boston Red Sox relief pitcher, she listens to baseball games and fantasises that her hero will save her. Nature isn’t her only adversary, though – something dangerous may be tracking Trisha through the dark woods.