The Girl from the Train by Irma Joubert | Book Review

After first 60-70 pages, I thought that I am up for some good ride here.

Alas, The Girl From the Train drowns that dream, similarly to that train in the Girl of the Train. It all started with the World War, Fire, and Revolution and ends with springs, a teen romance, and dance balls.

For me, the girl from the Train is not a like-able passenger.

A disappointing development of such a compelling initiation.

The Girl from The Train Honking

As the blurb says, Jacob is a soldier of Home Army for Poland. His bomb destroys the train, in which everyone dies except Gretl.

The blurb says that he took Gretl out of guilt that he bombed the wrong train, but actually, he took her in because a woman forced him to do it.

Then also, there was no fatherly compassion in him as the blurb of The Girl from the Train suggest. The girl had no one, so she, of course, gets attached to the only source where she finds safety and security.

He hides that Girl is a Jew, from Germany and not Catholic.

Because of a program where they are taking kids to South Africa (to increase the population of S. Africa btw), Gretl ends up going to S. Africa. Where she get the education and a wealthy family.

These parts of the story do not contribute much and lag. They look like filler.

The boy Francios come and go, only because he was needed that time, to play the parts of the ear to the story of Gretl. The story that is not lengthy, if you see do.

Then nothing happens for a long time, except, springs, vacation, farm lives.

Jacob run away to South Africa

In Poland, Jacob falls in love with Mishika. Also there to play the parts of the ear to Jacob’s story.

Then he went to the city for some company work and participates in a revolution. He has to run away because communist were strong, and he has become the target of them.

Then there is no contact with his family or Mishika or anyone in Poland.

How easily an author gets rid of all the characters??

In S Africa, he came to meet Gretl.

The relationship that you were reading as a father and daughter, starts developing into romantic one.

The teenage girl finds solace in him because he was an anchor to her past. Jacob finds her attractive enough.

Then starts the Jacob’s pushing her away because he considered himself too old. But that never works in books.

She takes him to Ball, because evidently, and conveniently, the date of Gretl cannot come. (What an idiotic excuse was that!!)

A split time kissing, hormone boils and they were head over heels. But there is more.

The family is a conflict that stretched this book for more 50 pages. In which they both longed for each other sigh. I hated the part that I was thinking of DNFing this, but I read it anyway. 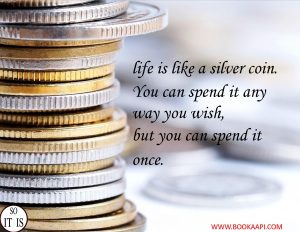 Too many Lumps in Throat

This might be one of the favourite sentences of writers of English literature. This book is full of it.

Too many times and it loses its impact.

Not a historical fiction

Historical fiction is when Historical facts blend with fiction….. Is not it??

But in this book, there are no Historical facts. Just a plain story set up at the time of World War. The whole Second World War thing has been skipped, there is no mention of the charismatic leader of that time, the Hitler.

I thought it would be like the War Story, like How I Live Now, which I think captures the essence of War.

The Last Station for the Girl From the Train

I started my year with South African literature that was so good. And the voice of that girl I still remember the character well-formed that was.

Not this, most of the time, the character looks forcibly present. No humour,  not enough sad, not enough information.

Maybe the translation loses the beautiful language, because I even do not find that great either.

Both books, The Book Thief and The Girl from the Train, try to manipulate his reader by providing a little girl as a protagonist and playing the orphan card.