The Fortec Conspiracy by Garvin and Addeo | Book Review

There is only one review of The Fortec Conspiracy on the GoodReads. That review describes the book as “Nothing spectacular, but entertaining.”

The review is just.

The Fortec Conspiracy is entertaining, and but it is not spectacular.

It is not something exciting, page-turner, or anything sort of. Nor is it imaginative.

As the cover says:

“All the imagination of 2001 And a nightmare reality of its own.”.

And I am reading this during the Corona pandemic. To understand the irony, you need to know some basic story. 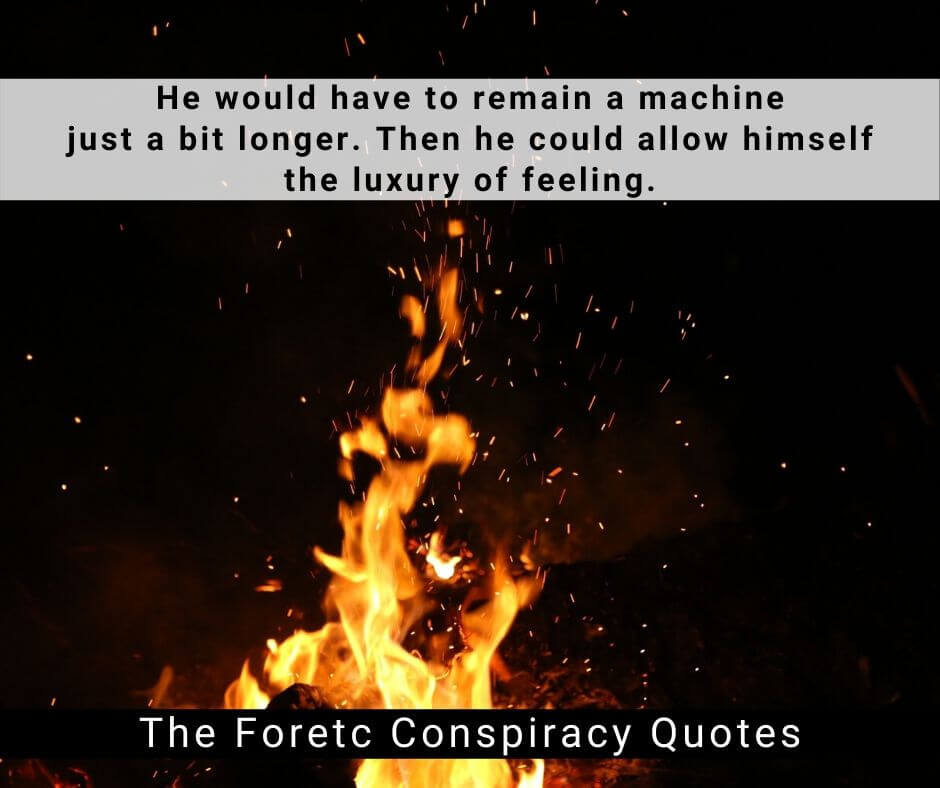 What is it about?

Barney Russom wants to find out the truth behind the suicide of his brother.

The suicide happens in the very secret Air Force Lab. Military hides lots of facts from the Russom, but he was determined to know what exactly happens.

So he starts digging. Well, literally and all.

Finally, he makes a plan to break into that secret lab.

What he found out is no secret; it is literally on the cover.

However, The Fortec Conspiracy is fun to read and does not bore anywhere, but it still lacks that hooking point.

Maybe because the stakes were always behind the curtain, and the book ends when they begin to show up.

In The Counterfeits, the alien takes control over the world, and in the end, we find out that humans are willingly giving their control for the sake of singularity.

In this book, the aliens are trapped.

I mean, there was a writer at that time thinking that aliens will kill all of us. And then there was the writer at the same time believing that we will trap the aliens on Earth.

The book I am reading now, the Earth, is dominant in the universe.

I guess the way these people brought up affected the way they imagine the future.

There is nothing much about the Garvin, but if you want to read more about Addeo, you can read on his site.

About The Fortec Conspiracy, he wrote:

Dick Garvin, the world’s greatest collaborator, had long been fascinated by a rumor about a UFO crash in Spitzbergen, Norway. We decided to write a documentary about it but changed our minds and produced our first novel instead, in 1965. Hardcover, sold to paperback.​ Ray Bradbury called it “a minor classic.” Proud, indeed!

Addeo seems like a nice person. But I don’t have anything against him or to him.

So whatever, it’s just, such writers do not get the recognition.

And it feels like the people who say that keep writing, and one day it will work out, are lying.

Thanks, Charles, for inspiration, though.

The point of Infection

Another thing that I disagree with is that the alien will bring the infection to the Earth.

Maybe what aliens have might be harmful to us, but that is not because of Aliens. It is because of our environment.

Let’s look at it from another direction.

As many people on Earth are trying to explore the universe and going to other planets.

What is the common point among all the people who are trying?

They all are wealthy, and they all have resources.

The rich people have the power to go to another planet.

Or else, the alien planet might have advanced a lot, and even the local people can jump planets. That will raise more questions. But again, this fucking universe is so vast, one cannot be sure that if there are aliens or not.

Whatever, I mean, is, in a more positive scenario, the chances are the aliens will be clean of all the diseases.

Not like they are going to come with infections.

However, the human’s bodies might not be ready to stay healthy in the presence of them.

Finally, Do I Recommend?

As I said, in the beginning.

It is nothing spectacular, but it is not dull.

The Fortec Conspiracy is readable.