Proud of completing The Cruellest Month by Louise Penny. Because I am sure that Penny does not want me to read this book.

The Cruellest Month is boring and full of references from the previous book, I guess – and I do not understand them, nor do I care about them.

The plot of this book – most of it happens behind the scenes. In the end, the detective explains everything. Not much is given through the investigation.

I am tired of reading thrillers that do not excite me. Instead, they surprise you with a twist. I do not want to be surprised; I want to be amazed – knowing how I missed what was in front of me.

But The Cruellest Month is not that. However, the end is cruel enough.

Story of The Cruellest Month

Three Pines is a small, lovable village – a character in itself. A haunted house – another character. The most interesting one.

For every Christmas, they have this ritual of hiding the eggs, and the villagers hunt for them. Cool stuff.

A group of friends wants to do a seance – a fun seance – with some thrill and adventure. One person dies.

The plan was to blame the witch who frightened the person to death.

But the Gamache is here. It is my first novel, but I researched some, and it turns out the Gamache series has many books. He is a popular detective/inspector.

Does not look like a good detective from this book. He has a weak personality – and I can identify weak people because I am one.

Well, he comes and keeps asking the same question to everyone.

Three questions again and again. Get bored too quickly. 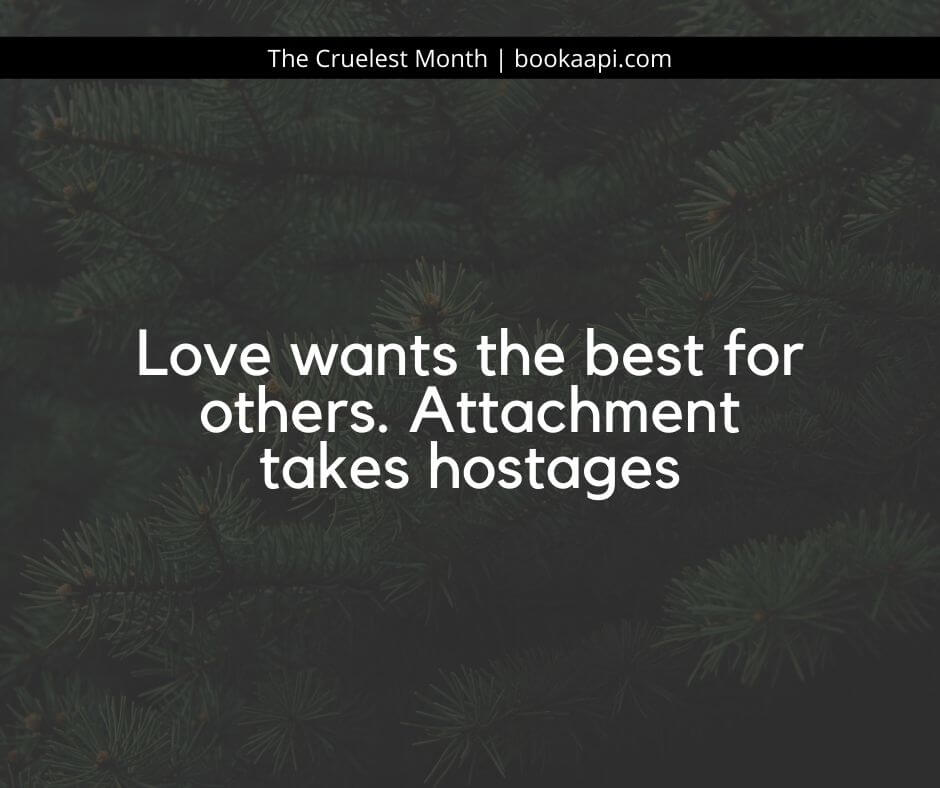 There is another plotline going on that I could not and do not want to understand.

Some Arnot person who was a bad cop – basically killing the marginalized people. But Gamache may have exposed him in the previous book. Some police workers are still working for him and like his ideology.

So Gamache is always on toes that Arnot may do something reckless.

But I don’t care, and all the references do not make sense to me. It could be good for the people who are following the series.

Readers like me do not get into that zone – or psychological warfare going on.

I wanted more investigation and some cunning sequence where the Gamache uses his mind. But the hero is too emotional for the genre.

The sentences are breaking bad. Again and again, we get sentences that are filled with commas. 5 and 6 commas in every sentence. It breaks the flow, disrupts the continuity, and slows down the reading experience.

Besides the comma thing, the dialogues don’t feel like dialogues but sentences. Dialogues should be how people speak and not similar to the narration.

The worst may be the structure. Whenever something is interesting is happening in terms of a murder investigation, the writer had to pitch the previous book.

In the middle of the explanation scene, the detective was going to tell who was then murdered. A new sequence takes place, which only makes sense if you have read the previous book.

I am not sure I am going to buy the Penny again. 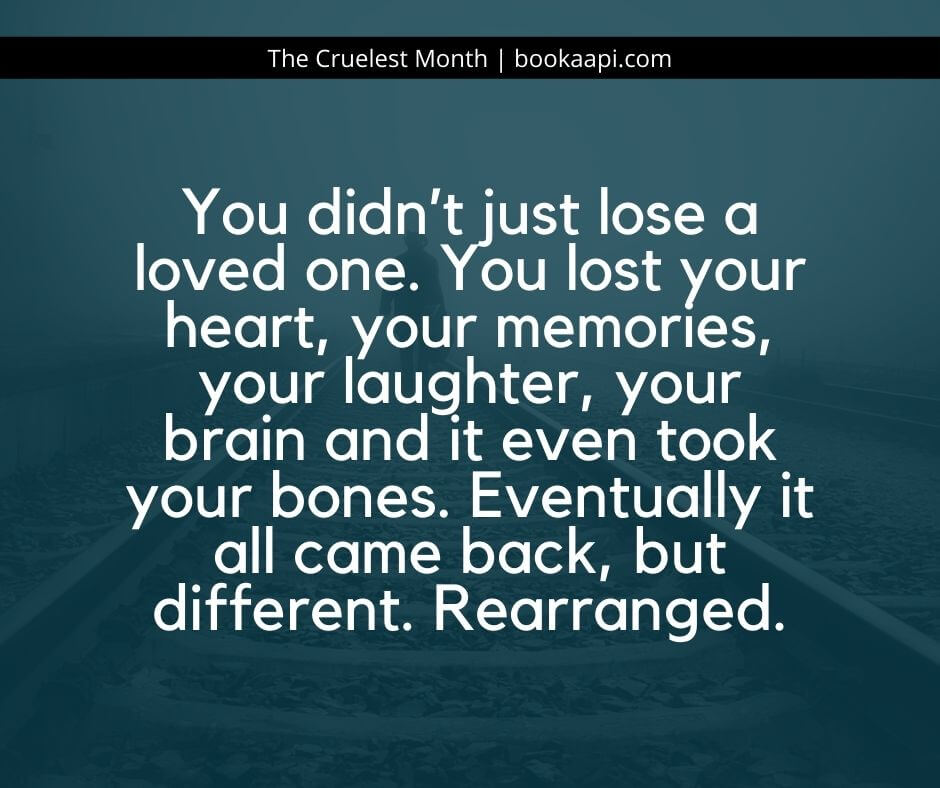 That’s enough reason. Being second all the time hurts. You are never a priority. Everyone picks you as an option.

But what is worst is when the other person is not even trying, and they are winning. While you are doing all the work, following all the protocols, living following the best practices but still losing due to an inherent characteristic that you cant change.

The other person’s life seems much easier, and they get everything without trying. They also get the credit for being kind, awesome, funny, and lovable. But they are not. It’s biased towards them that makes your mind like them.

I like many people, and I know they do not deserve my likeness. Evil people, but I am biased. I also hate many people. Again a bias.

And I also know several people who may have tried hard to win me, and I also tried very hard to win some people – but we lost. We can’t be won, and we can’t win because that’s how it is. It is foolish human nature.

It is a good motivation to kill, as if you see it enough time for a long period, you may become emotionally detached. You start hating the source, and the blame game begins. For every battle lost, they are the cause. Small things begin to matter, and the domino effect ruins everything.

I give it to Penny. Superb murder motive.

Should I recommend The Cruellest Month by Penny?

My edition has 360 pages. And if you somehow get over 250 pages, the rest of the book is good. I do not recommend this book because it’s a slow start.

You keep waiting for the interesting stuff to happen, but it never comes. The end comes with an exciting motive, though—your choice. Directly read the end. 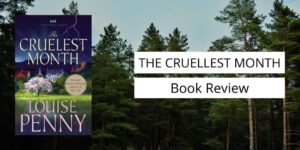 Proud of completing The Cruellest Month by Louise Penny. Because I am sure that Penny does not want me to read this book.