The Bride’s Farewell by Meg Rosoff is the second novel I read of her. I brought this book from the International Book Fair Delhi 2020.

The Bride’s Farewell is a short book but the story is not. This is half the opposite of Sidney Sheldon’s books. His books are big, and the story spans several generations. Which I like.

There is no point in comparing Sheldon with Rosoff, so coming back to Bride.

Read: How I Live Now by Meg Rosoff

Pell is leaving his house with his dowry money and her pony. Her mute brother sticks with her. The story tells you that she is running from her marriage. But in a way the title is misleading. 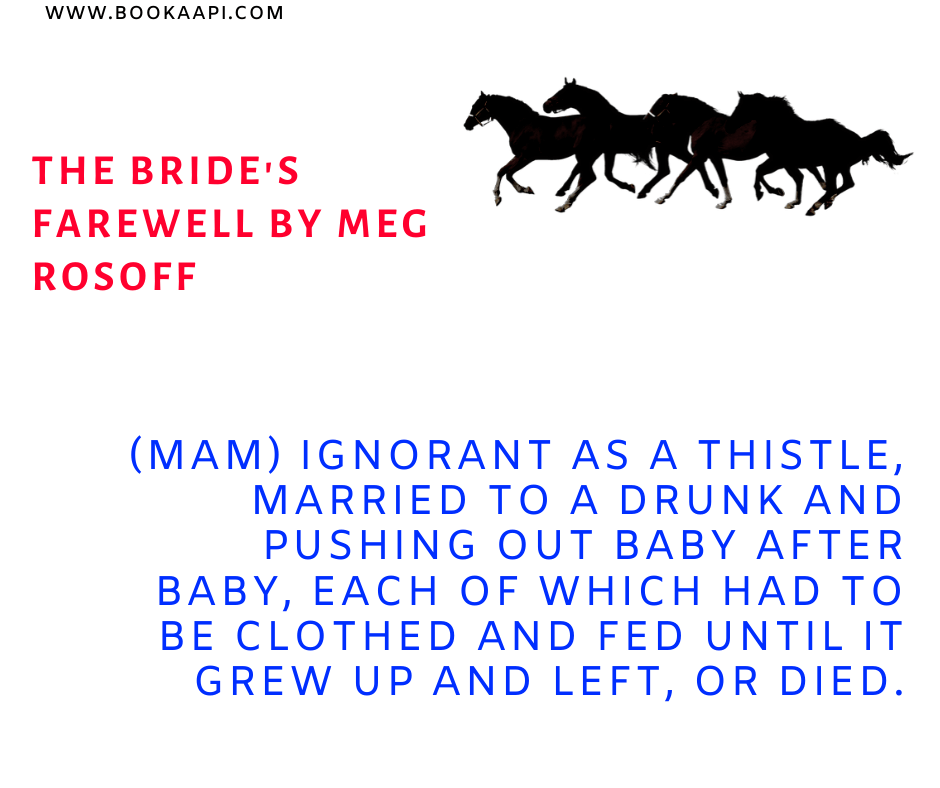 She is not leaving the marriage, she was actually leaving the life of marriage. She observed the life of her mother, married to an unpleasant man, living in poverty and giving birth to kids regularly.

Childhood love lost when she realizes that she cannot carry the burden of marriage. That’s why it looks like she is running from the marriage, but as I see it, she is not running from it.

She is running towards it.

When she finally finds it, a family, a child, a Birdie, the bond forms are not conventional, but surely better.

The Journey of Pell

The book is all about the Journey of Pell Ridley, and how she finally able to find the happiness she is running towards. Funny things are I read the book in Metro. While traveling.

She left with and Horse and a child. Both lost in the first few chapters. The loss does not put her down, instead, she decided to find the Pocher.

She finds them all, but not in the way she lost them.

My mum always said things we lose have a way of coming back to us in the end. If not always in the way we expect.

The book is set up in the 19th century.

Whenever I see ’19th Century or 18th Century’ on the blurb, I throw it away. But Meg Rosoff is different, and it shows. 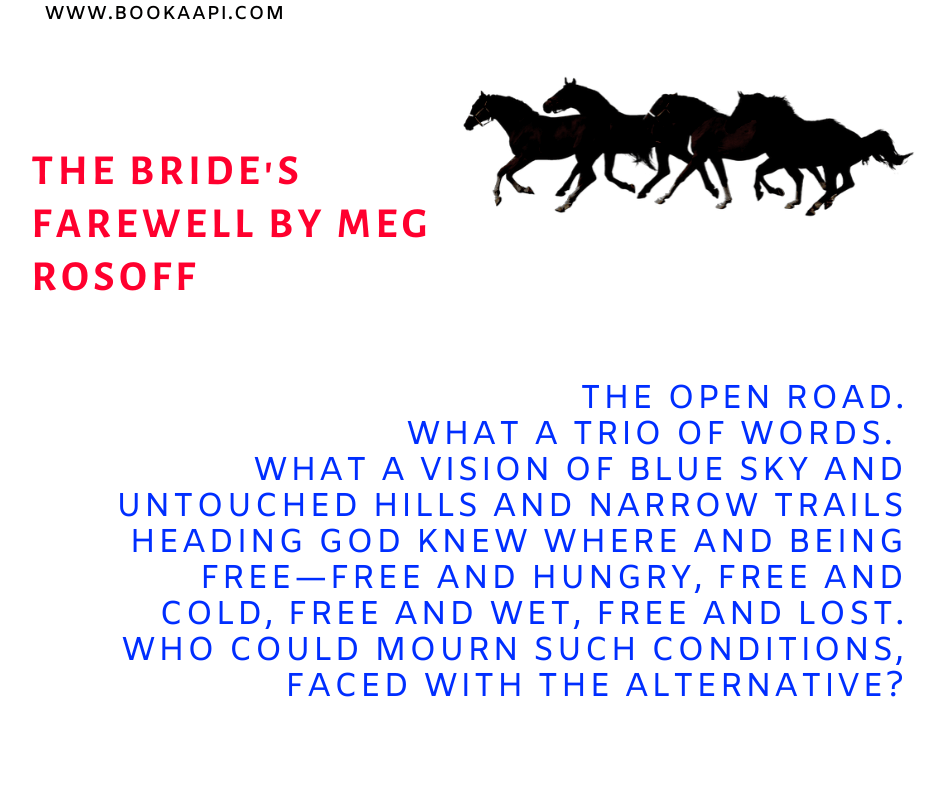 When the 17-year-old girl run away from her marriage, with the idea of finding a  job at Salisbury Horse Fair, the trope was set to make the book chick-lit. I was guessing that she is gonna meet a boy and the boy will leave her and then he will come back.

What happens is intense, and kind of mature for a 17-year-old girl. Her decision displays her feminist attitude, which is mildly passive.

She lives with the Hunter on her terms, and when she falls ill, she does not resist the care. Later, they start living as Man and women. This is a kind of open relationship in the 19th century.

They accept each other without any past, making the foundation of their relationship nothing but their affirmative feelings for each. It is independent dependency and I have no idea how this works.

They both don’t promise anything, and just start living as couples.

It’s like they were not dating — and boom – they are husband and wife with a kid.

Pell is the one who takes the decision though, the Dogman only complies. She doesn’t even ask his name.

I read the Man, Woman, and Child a few days back. In the book, a happy family goes under the test when the husband finds out he has a kid outside of the marriage.

Here, there is no marriage, only an agreement to live together. Accepted by both parties, and it is beautiful. Calm, and respectful too.

I mean you should read the exchange:

The Bride’s Farewell is totally recommended from my side. I absolutely enjoyed my time with the book.

The life of Pell has many dimensions, and I have not mentioned them all here. Read the book to know more about how the element of the book make sense, while, when you think about it, they are bizarre. 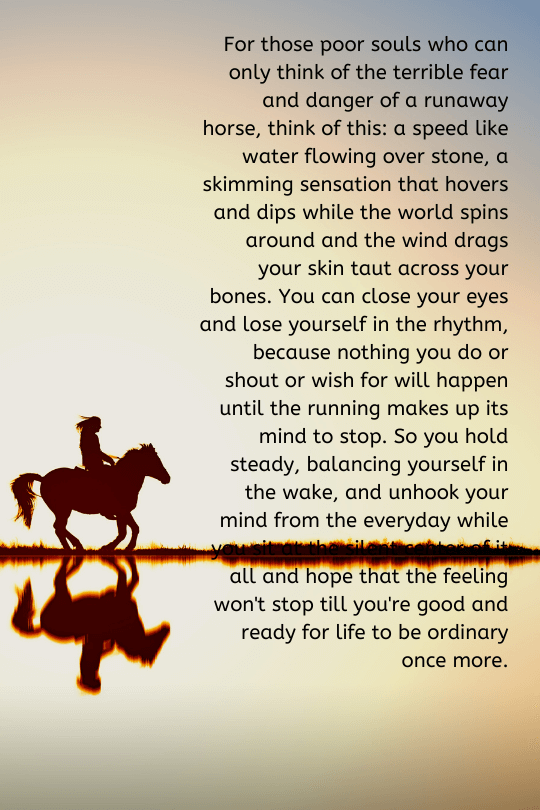