Completed The Architecture of Loss by Zainab Priya Dala a few weeks back, and it was not my first African book. However, this is the first time I learned about the Apartheid movement.

Seriously speaking, I am stupid. I never thought there is racism in Africa.

It was always like – everyone is black there, so why would they be racist to each other.

Stunning how we live in the golden age of freely available information and still so neglected about everything around us.

I still don’t know much about the Apartheid movement. I tried to learn from YouTube, but it was boring to learn anything about a country that does not affect your life in any way.

So, I have vague ideas that could entirely be wrong.

But what could stop me from sharing my (might be) false ideas based on a single book I read around the apartheid movement.

Whenever there is a struggle, movement, or revolution, there are lots of people who fight. Several people get popular, while the majority remain unknown.

The event is similar to a war, where soldiers fight, but still, people do not know the name of soldiers, but everyone knows who won the Param Veer Chakra. They will make the movie out of them if the concept is profitable enough.

But there are foot soldiers, supporting, taking order, doing actions, and sacrificing their life for the sake of the fight they believe in. In return, they get marks, abuses, trauma, consequences, and ultimately, they suffer a lot.

I have seen enough of this happened around me.

Currently, Farmers are protesting in Delhi for nine months. Several farmers are already dead. A handful of them is known to common people.

Also, the people who lurk in shadows are not only sacrificing their life; they are also passing the miseries to the next generation.

Suppose a father went to jail. Who will take care of the family?

Now the family will struggle, and the delicate early childhood years are stamped by the terrible struggle of food and respect.

The kid will grow up in severe trauma and pass it on to the next generation by not being a good parent.

If the person comes from the money, he can afford to participate in the struggle. On the other hand, if the person is single and has no family responsibilities, he can fight with more courage.

But after having kids and family, if you are doing such stuff, you are endangering your entire lineage to difficult times. To come out of poverty or misfortune is the most challenging thing.

It takes years and years or a criminal mastermind to pull the family out of the shackles of poorness. And forget about the depression and lifetime sadness the person experience.

It may take few generations to altogether remove the effect of one stupid decision.

In a way, the poet was right. 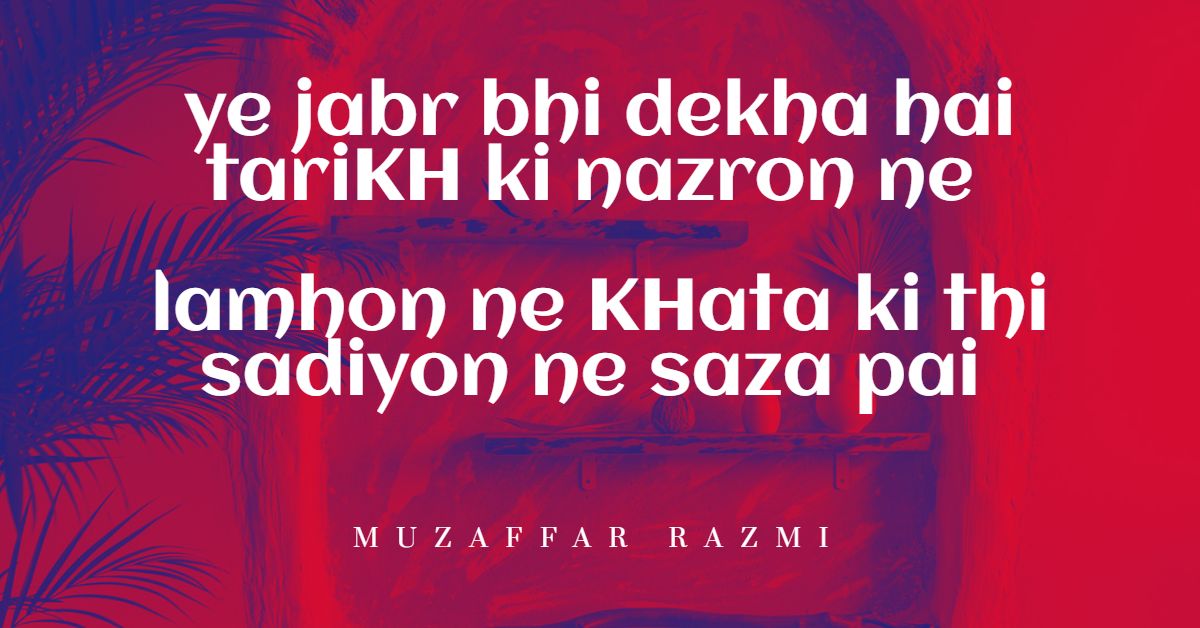 In this couplet, the poet tells that history has seen such circumstances, where the mistake made in few moments has affected the decades.

Talk about The Architecture of Loss

In The Architecture of Loss, Zainab Priya Dala shows how the mistakes of a second affect multiple people over 50 years.

Sylvie Pillay, a female Indian doctor working in Africa, join the race war. However, she made the mistake of falling in love with a stupid man. Then she had a daughter.

Now, participating in such revolution comes with the risk and consequences.

When she went to jail, she sends her daughter to the father, who reluctantly takes her. His second wife is delighted, but the daughter feels abandon all the time.

When her birth mother calls her after decades, she goes, but not for the sake of any love, but the duty. The affection she still does not get, which she so desired when she was a kid.

People do not typically understand that we love people, so we can hurt them. Hurting another person is only possible when the other person loves you.

Hurting other people is necessary, or else you may succumb to your regrets.

Well, the daughter learns about her mother’s contribution and sacrifice. The reasons behind abandoning her and the move to forgive her.

But that is not the point of the book, I guess.

It is not about whether you can forgive the people who have hurt you; it’s more about how you forget all the hurt and do not pass it on.

The protagonist was pregnant, but she does forgive her mother. But, I am not sure she can take care of the kid. She seems to like her mother, damaged good.

One more angle the book goes into detail is how the struggle is sexists. This is something I never realized.

When I read that part, I tried to count the female fighters of Indian independence. But, unfortunately, I don’t know many, while males are very much famous.

So is the females were not fighting, or their struggles have been compressed.

We have multiple movies on Shaheed Bhagat Singh, Bose, and Gandhi.

There is no color movie on Jhansi ki Raani – the most famous freedom fighter.

I remember Sushmita Sen wanted to work on Raani Lakshmi Bai, but I guess the project never took on.

There are few shows around female freedom fighters. But not much big-budget cinema.

But whatever, I am sure a good movie on Rani Lakshmi Bai is due, and someone needs to make it. At this point, Bollywood is insulting RLB by not giving her the modern presence and popularity she deserves.

Do I recommend The Architecture of Loss?

The book is like a wound with slow prose and melancholyish feels on every other page, raw daughter-mother relation.

The reader is always worried that someone will scratch the scab, and the page will be bloody. So a kind of tension is present, like the writer has written a book with her teeth gritted.

The Architecture Of Loss 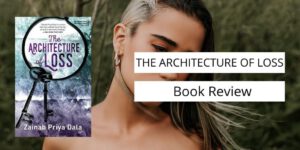 The Architecture of Loss is a story of many people losing many thing, and not knowing what the other person has lost. With the revolution.