Tell the Wolves I’m Home is one of those book which you not only read but inhale.

Tell the Wolves I’m Home is the book that make me believe that there is still good in y/a genre.

It is simply amazing, and wonderful reading.

I wish there were more to read by the author.

A Chapter A Night

Frankly, I did not want to finish this book. I wished that I could read it forever.

This is those types of books you read every night, each chapter a night. Sometimes, a page a night.

Carol Rifka Brunt has written something magical. Tell The Wolves I’m Home is a must-read book for every reading lover.

Thanks to Tabitha Suzuma, who updated her Facebook status that she is reading it, and I followed her.

Not disappointed, but this is the book that made me respect the books more than I was doing

I searched more of the same line as of this book, but NO. No one can write like Carol Rifka Brunt and she only has one book. 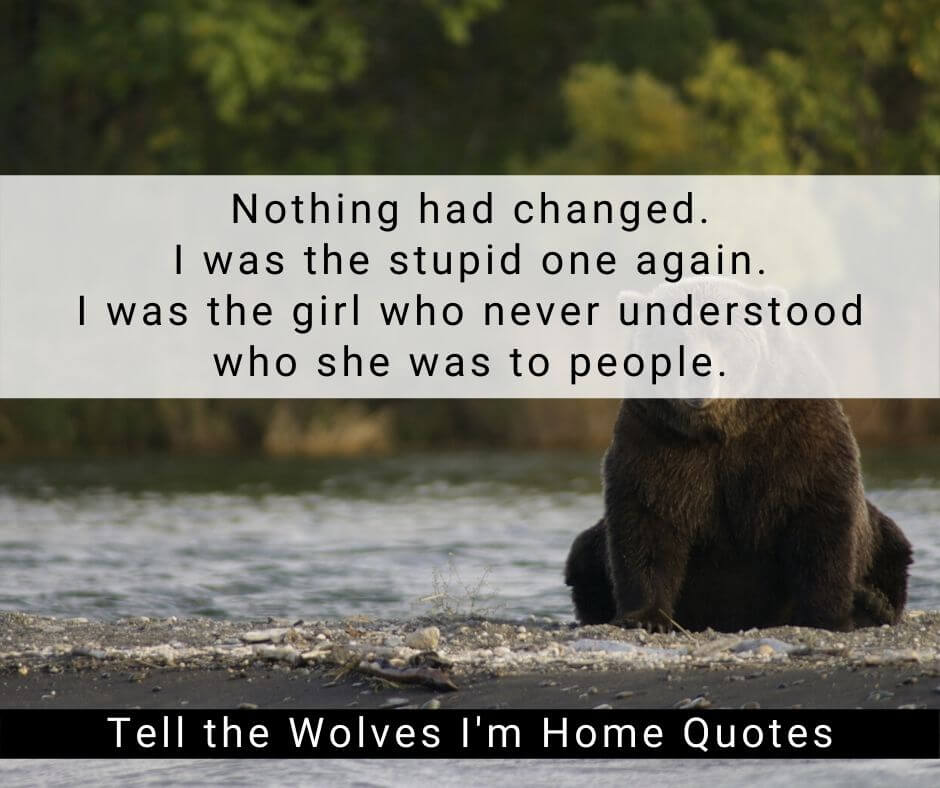 But I have read some books who writing something similar to Carol Rifka Brunt, like The Hundred Secret Senses and On the Jellicoe Road.

I think time and your personal life affect which book you will like or dislike. Might be it was that time that made this book a huge support for me.

I am not saying Carol Rifka Brunt has a fascinating mind like Joanne Rowling, but surely she does observe a lot things we regular people miss.

The language is like the calm river, words flow in the ears and sound sweets 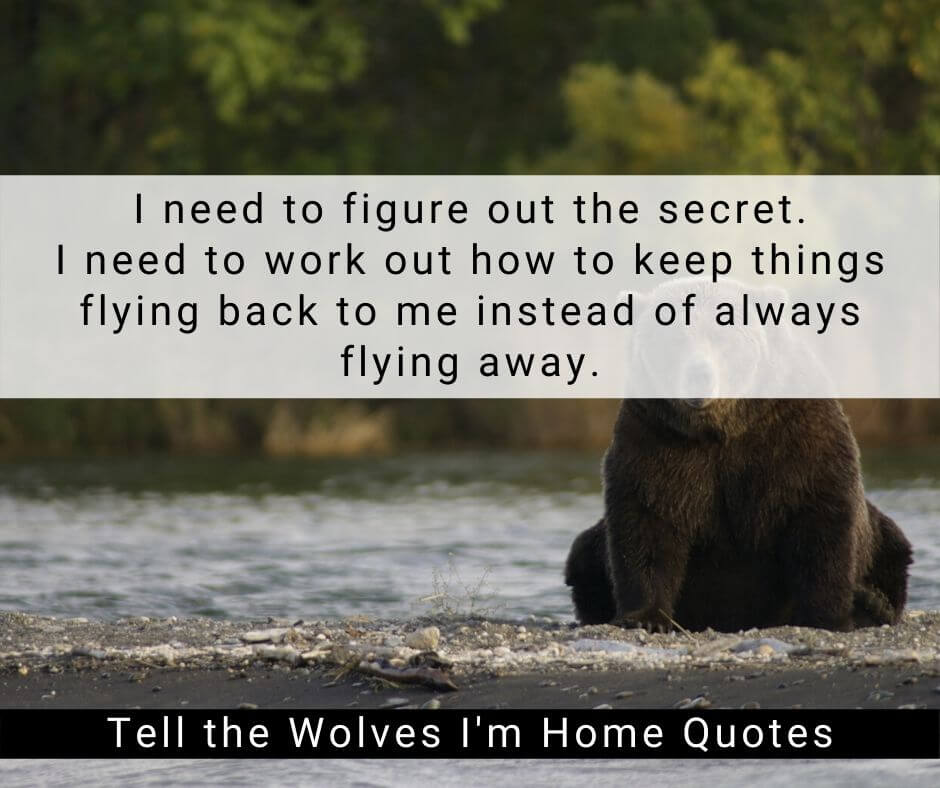 The sentences have the tone of a tired person who has forgotten that what energy feels like. I think Carol Rifka Brunt was too much drunk or tired when she wrote it, in a good way though.

You could try to believe what you wanted, but it never worked. Your brain and your heart decided what you were going to believe and that was that. Whether you liked it or not.

Greta and June has an uncle dying of AIDS.

Uncle Finn is a great artist, and popular too. He paints June and Greta before he died.

After his death, June gets a message from Toby, Finn’s partner. June does not know him, but he is the only person who shares her grief.

June is more affected by the death of her uncle as she was the one who spent the most of the time with him. She was the introverted one.

I stared hard, trying to find a pattern. Thinking if I kept looking hard enough, maybe the pieces of the world would fit back together into something I could understand.

With stories of Finn, their friendship develops. June found out the relationship of Toby and Finn, her mother’s rejection of this relation and more stories of Finn’s childhood.

She starts realizing that she does not know her uncle that much.

On the other side, she and her sister Greta, once extremely close are now parting. The absence of communication between them starts creating a void.

She was wired into my heart. Twisted and kinked and threaded right through. 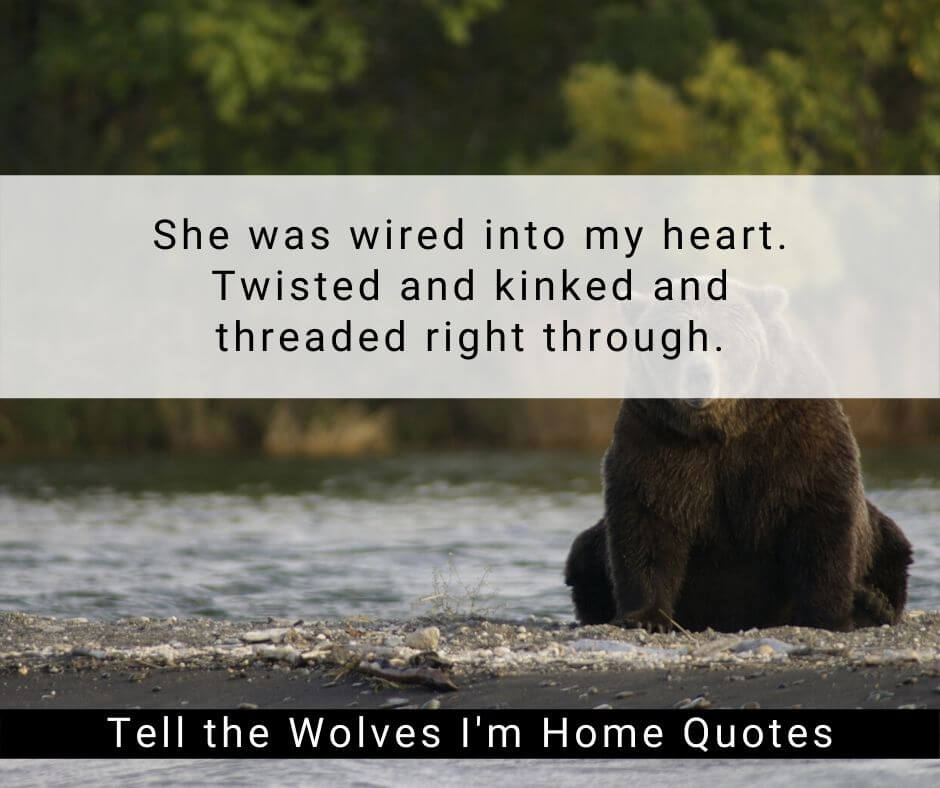 It is a story of two sisters, lost the link because of multi-layers of jealousy, love, affection, attention and secrets, same as Finns and his sister.

But June and Greta fills up the void, by forgiving each other for the thing they did and not did, and her mother too asks for forgiveness from Toby who she did not treat well when Finn was alive and blamed for his death.

Tell the Wolves I’m Home is about siblings.

Maybe you had to be dying to finally get to do what you wanted.

The best way both sisters communicate is by drawing on the last painting of the Finn.

When the mother found out, she starts doing it too. By ruining the painting they repair their family.

Tell the Wolves I’m Home is first novel of Carol Rifka Brunt, hard to believe, well, I am still waiting for anything new from her.

The way she portrayed the 80s era, the nonsense people believed about AIDS, a girl who does not mix well, and another girl who is missing something is a delight to read.

She did it at the first attempt, and not just did it, but she did it in a way an experienced person would do. 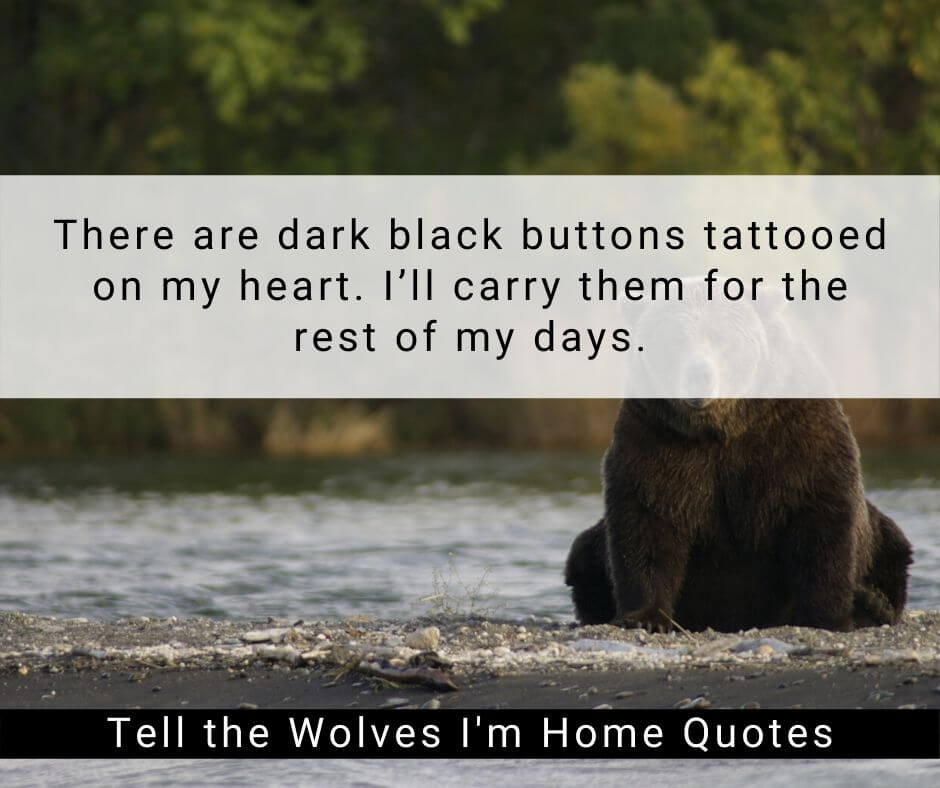 You understand June, that is the power of Tell the Wolves I’m Home, you understand her anxiety, her incapability to participate in the crowd, she wears long skirts to school and enjoys Mozart’s Requiem with her uncle.

She likes to talk long talks but stammer while doing hi-hello in parties. You understand all this because the author tells you how it is like. Analogies work magic in the book.

One of the best book in the market for people who like slow books and grief surviving theme.

Backdrop or I must say that driving this story is a disease, and the illiteracy of people about it that time. Carol Rifka Brunt know how to write young adult and I am waiting for more of her book.

Tell the Wolves I’m Home will make you realize that why people like books.