Original Review of Still Life With Tornado by A.S. King

After Ask The Passengers, I thought I am not going to read A.S. King. But that was a stupid thought.

Because right after Kasie West, I picked the Still Life With Tornado by A.S. King.

And again I enjoyed the writing of A.S. King.

I am sure, I am going to read Kasie West next. I am in a cycle now. 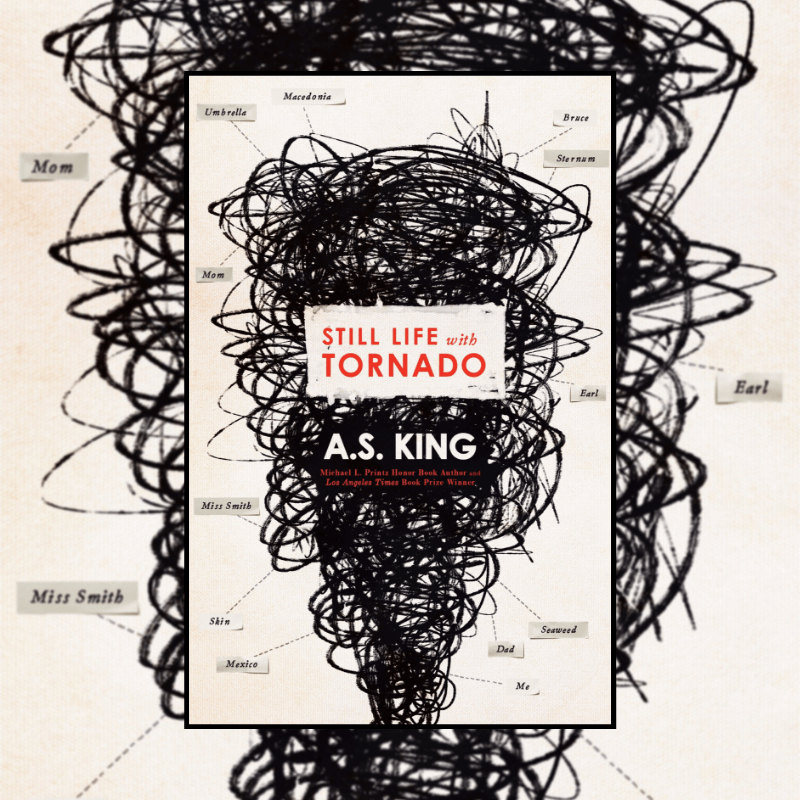 So, I have read the King before, and still, her prose feels weird. It’s a continuous amalgamation of sceneries that make her writing a quiet difficult to read in starting.

When the narrator is lost and saying unspecific things and doing random stuff, the story does not feel likes going in the right direction. However it is the right direction, as the author can see the big picture, but for the reader, it is a broken world, that reader has to join.

It’s tiring work and the responsibility of the reader. It gives the reader to push his way through the story, to understand what is going on, and when the reader gets to the point to understand the core, it shifts.

A.S. King gave a dish that is weird to eat as a starter, and as soon as you acquired the taste, you realize the dish has more ingredients.

So you add that ingredient and the taste of the dish changes. And you sit their wide mouth, to realize that the taste you acquired, is not important as the final dish.

But it is all done with precision, and King pulls it off every time.

It is difficult to understand.

You can write a lot about how an author writes, but I am not here to do that. I am here to review this book.

The book starts, with the protagonist not wanting to go to school. Because something happens.

In Young Adult books, “something happens at school” usually means Rape. But the book goes against that notion. And it shows that young people might have other problem too, that might not be as disastrous as rape, but those situations are powerful enough to shake the belief of a person.

The protagonist is totally lost, and don’t believe in anything.

For her, everything is done before, and nothing is original. She wants to go to Arts school, so she loses motivation. She can’t draw because every idea she thinks is unoriginal.

She wants to do original work. But nothing is original.

So how did she escape this Alaska situation? 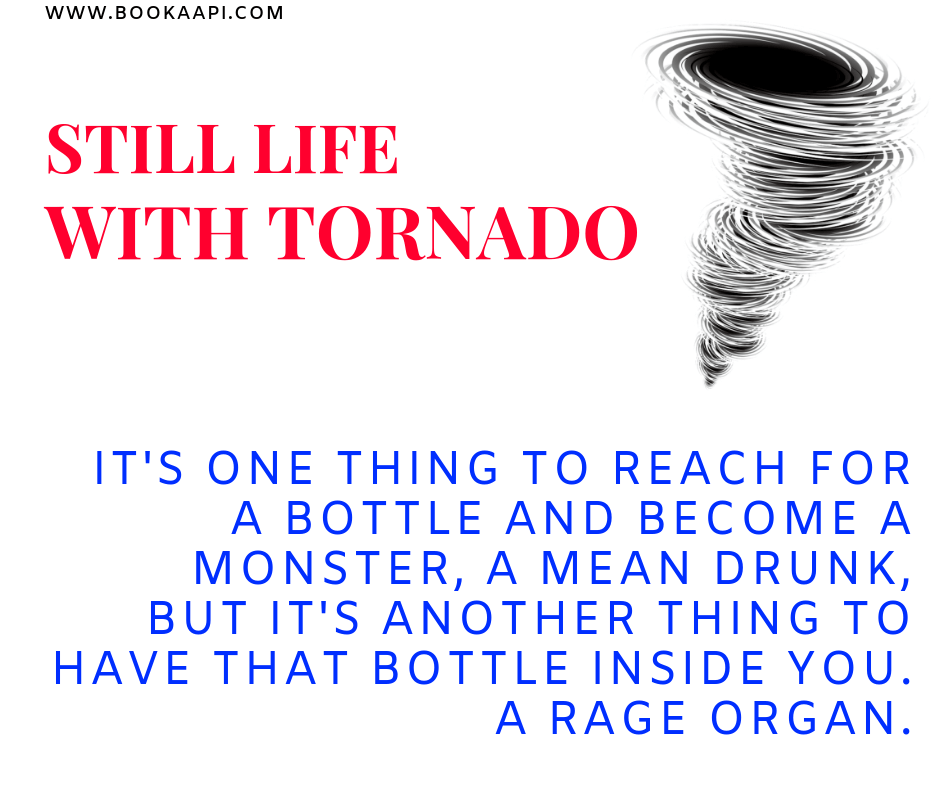 It’s not an indication of declining mental health, King does not go into hallucinations, everyone around the Sarah see those girls. So what are they?

It is the loss of belief that made them real. She is, at deeper level, so tired of the world around her, and the repeating of it, that she made different version of herself. But how can other people can see them?

It is because it is magical realism.

I can only say that. There is no logic and sense to it, but it is fiction.

Why life is Still in Tornado?

Now, I am not going to say anything about the story, because saying anything would ruin it.

Why the life is Still, if it is in Tornado?

Here, for Sarah, her life is always been Tornado. but what if you can’t see the tornado?

What if your loved one closed all the window, and make you sit in the room. And the Tornado comes with all its rage, and destruction, but it has no impact your life. As you are sitting in your room.

So does the Tornado come at all?

Of course, for you, Tornado is non-existent, but all around you, there is mess made by that Tornado. So you start asking question, start thinking what really happen.

And that way you realize that Tornado really exist. And it lives with you in your house. You begin to see it.

But the initial stillness is still there. So you live a Still Life With Tornado.

How do you go with that?

As the SLJ Blog points out:

Still Life With Tornado is not a plot-heavy book; more of a study of character and, even more than that, a study of what happens when you’ve spent years under immense pressure. 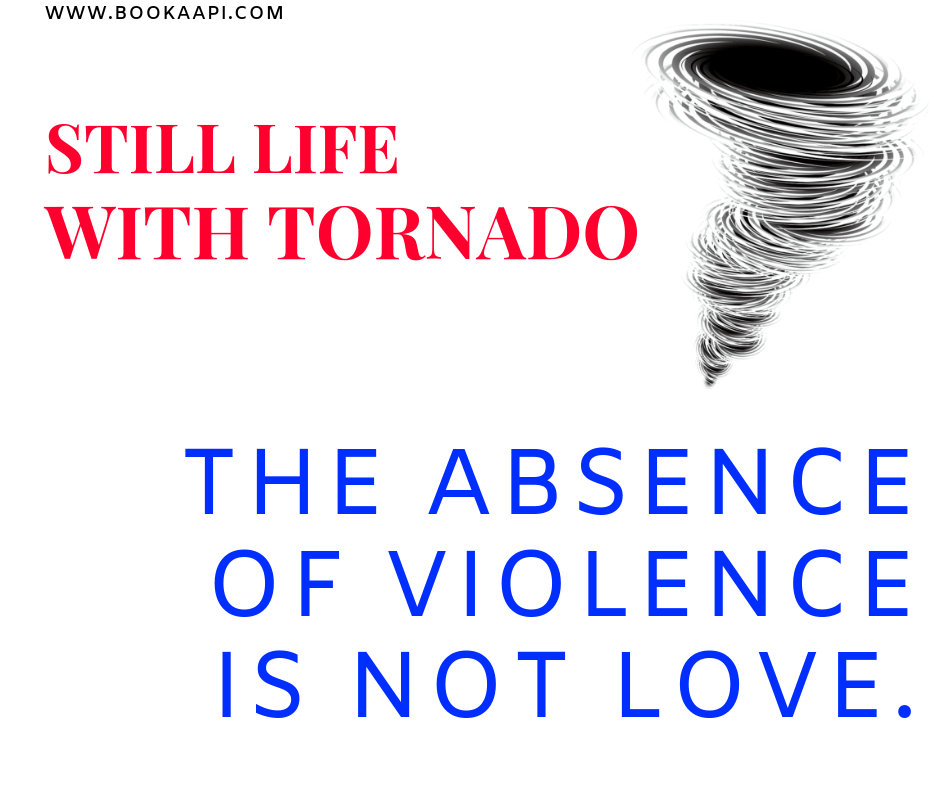 Is Anything Original at All?

Even the story of this book is not.

Why do we do anything?

There the book fails.

King does not resolve the book with such swiftness as she create it.

She creates the doubt, she asks the question, but there is no answer. Sarah seems content with her bullshit idea of ‘Art is everything and everywhere’, but not me. Art is not in everything. Its’s stupid trope of character that authors use stupidly.

I don’t like this book that much, because of these reasons. The issue is not resolves, and the arch of many Sarah does not make sense.

In the end Still Life With Tornado is confusing.

It is difficult to like this book. Even if you are King fan, you see the pitfalls, but again, if you don’t see the Tornado, you can enjoy the book.

Leave your thoughts in comments. 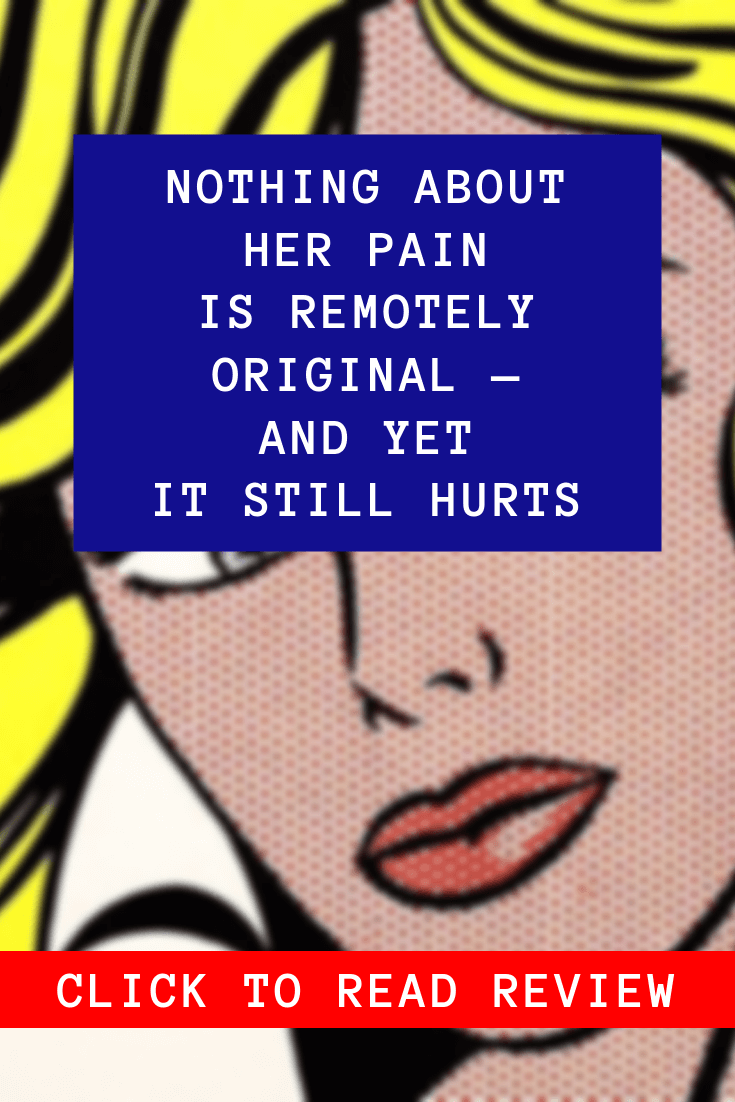