As I already mentioned in this post’s title, Star Guard by Andre Norton is hella boring.

It was hard to read it to the last page, but I did finish it. Not because there is some good writing making me read the book. But, lately, I am giving up on so many things, and I do not want this book to be one.

I somehow finished it, and the end was as I expected, bland and cliche.

It is a science fiction book, and the second part of the Central Control duology. However, both books are exclusive, as I don’t find anything out of this book’s story.

The author has taken the reader from the basic, and there is no arc from the previous book adjoining Star Guard.

I have not read the first book, as I said, it does not feel like a sequel. But a story complete in its entirety. 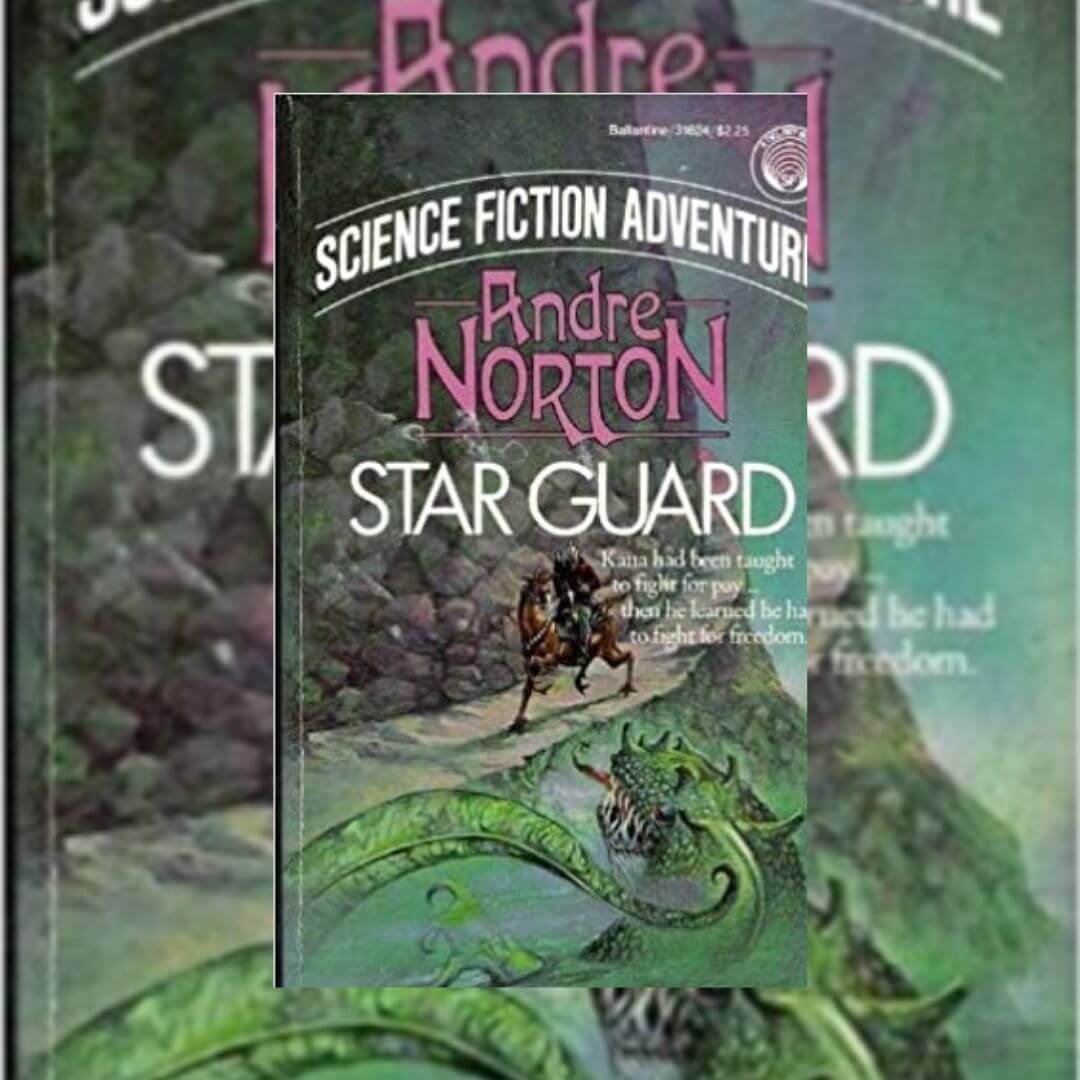 Star Guard is a science fiction book. And in this sci-fi world, there is a planet Terra, where the people are violence friendly. They want to fight and explore the universe.

So when they finally create space travel and see the universe, they find out that they are not the first to do that. Moreover, they are very, very late.

There is a complete Central Control, who decide for the universe.

And when a new planet discovers space travel, CC has to find them a role in the universe.

They make Terrans mercenaries—soldiers to fight for the war of other people.

It is a solution – as Terrans have fighting abilities and spirit, and many planets need fighting men.

These Terrans are divided into two major categories – Hordes and Legion. The Hordes are low-level guards that fight on backward planets, mostly with swords and low-level weapons.

Legions fight in big fights, for the planets that have advanced weapons.

This is going on for centuries. Our Hero – Karr, is a Horde.

About Karr and Challenges

Karr is a measly swordsman, with zero experience. And for his first mission, he chooses a planet where two brothers are fighting for the throne, I guess.

But after coming here, they find out there is more going on.

There are advanced weapons on this planet, and someone is trying to kill and trap the whole battalion in the planet.

So the fight for survival started.

So leave it here.

The bottom line, few twists, in the end, are not that unexpected, but still, twists.

Loneliness in the World

The one thing I realize in this book is the loneliness of the character. Maybe the author does not want to tell it, but somehow my mind went into that direction while reading it.

I mean, there are two classes of fighters – Hordes and Legion.

The universe is big.

There is a scene in the book when the teammate of Karr dies, and he has to give him the last Grace.

Grace is a traditional knife from which they kill their teammate for the swift death. So that is supposed to be some grand occasion or display of bravery/team.

However, there are Legion, fighting the big wars with advanced weapons. No one knows about the death of this Horde person.

So how it supposed to be a BIG.

Men itself is so tiny that his death cannot be big. This universe and time are so large in comparison, and still, we don’t understand the simple thing – our mistakes and matters do not matter in the grand scheme.

Yes, we can talk about the butterfly effect, but again, it does not matter.

Before dying, a person thinks he is making some big sacrifice, and it will change the course of history, but it does not. It never does. You can impact a person’s life, but the person will shrug it and smile at the end of the day.

It was similar to Rick and Morty’s episode, where the character dies while bringing drugs for Rick.

It was a big sacrifice for that character, but for Rick, it was a packet of drugs.

Such science fiction that talks about a big universe, and lots of planets, kind of snatch the importance of human being at every level.

There are no ladies in the book.

It is a boy adventure book, I guess, but still, can a girl become a soldier or not?

The question hangs, as we do not see any female.

They do not even talk about the females, all the boys—really weird book.

Maybe because the author is female. This is good to watch:

Do I suggest this Star Guard?

If you are into science fiction and fan of Andre Norton (because there are lots), then yeah, go for it.

You will find what you are looking for.

Otherwise, there are many good sci-fi books to read.