Salmon Fishing in the Yemen by Paul Torday | Book Review

Salmon Fishing in the Yemen by Paul Torday is what you get when you follow the bizarre plot, with twist and turns, and does not listen to any writing advice.

Not only the plot of the book (as you can understand from the title) is odd, the way Paul Tordy tells this funny story is itself peculiar.

Not a straight forward storytelling, and no narration bs that I don’t know why I personally dislike. But still, Paul Torday manages to give the story a three-dimensional PoVs, without inviting the many narrators.

Till now, you might have observed it that I am impressed by the book.

So let’s explore the political satire of the book.

Salmon Fishing in the Yemen

Yemen, as you may know, is a desert place. There is so much heat, and the water is not enough.

On the other hand, Britishers do have lots of rain and fishes.

So putting a fish from the rain-area to the desert-area is not something conventional, and the idea of doing it hangs around at the edge of insanity.

When Dr Alfred, the fish scientist, got the email, requesting his assistance to do this project, he laughed it off. Like any average person will do.

Though the Sheikh is the man of money and is not ready to take no for an answer, he wants to see this happening, and he is prepared for everything to make it happen.

With money, he pressured the UK government to send the man to do this job.

When Dr Alfred think about it, he manages to find a way; however, that depends on many factors.

The Salmon project begins, and it works. Of course, I am not going to give away the ending.

What it all means?

The first thing I noticed that Sheikh using his money to plant something in the desert that does not belong to the desert.

Fish is the animal of water, not desert. You can make artificial tanks and water and bring fish, but the fish is still not suitable for desert life. Or the desert is not ideal for fish life.

But when money is involved, the genius people like Dr Alfred have to give up to the pressure and make things work.

You can see what it means?

A money man is working with a genius mind to plant something somewhere where it does not belong.

Similarly, the UK and America have placed their troops in the middle east, and they don’t belong there.

But for the sake of capitalism, and industrialists, who need cheap minerals of the foreign land, are above everyone. Genius people around them have to make it work.

Second, this is how the UK government tries to portray this whole affair.

The ruling party want to take advantage of the situation, but they do not want to dirty their hand in any way. They only want to show that they are on the right side, and if something terrible happens, it was because of these private institutions doing things, not the party.

There is also a cultural war going on in the book. The Yemen people think bringing the Western fish to Yemen means getting their culture to Wadi.

While we can see, Dr Alfred is the one who was getting influenced by the Wadi culture. A man who had no faith started to believe.

Then there is a war going in the background of the story. That was acknowledged here and there. The government focused the media on this buffoon task, to set up the fishes in the desert.

A circus for the audience to clap and then sleep. Happy memories, while hiding the dark truths under the rug.

As comical the story is, the ends, despite tragic, deems fit. 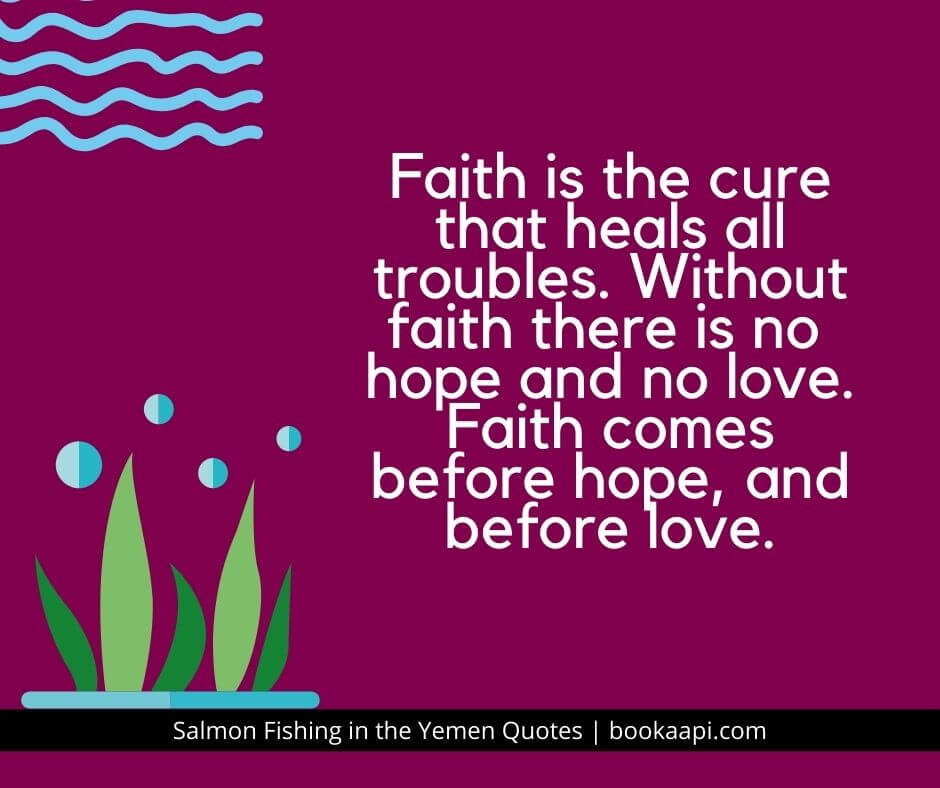 Men vs Nature is one of the oldest conflicts in the World. The day men came to existence, conflict begun.

At every moment, men try to use the logic of nature to defy nature.

Using air and aerodynamics to create vessels that fly, while nature has made sure the human body does not fly.

Then there is going to the moon and mars. Yeah, we can see it in two ways. Are we harmonizing with nature to push human limits, or to challenge it every step?

I guess it depends on how the person typically thinks.

Sheikh is the man of faith. And the faith runs on priority in the book.

But the faith of Sheikh is not of being successful, but to do something.

In a way, when you are ready to lose, it gives you the confidence to do things. To accept the defeat could be a way to overcome the fear of losing.

In the book, Sheikh has already accepted that the project might fail, but he did it anyway. According to him, even if it failed, they are getting something out of it.

But then, Sheikh is a wealthy person, and afford to lose. Not everyone is fortunate enough.

I should not discuss this in the book review. 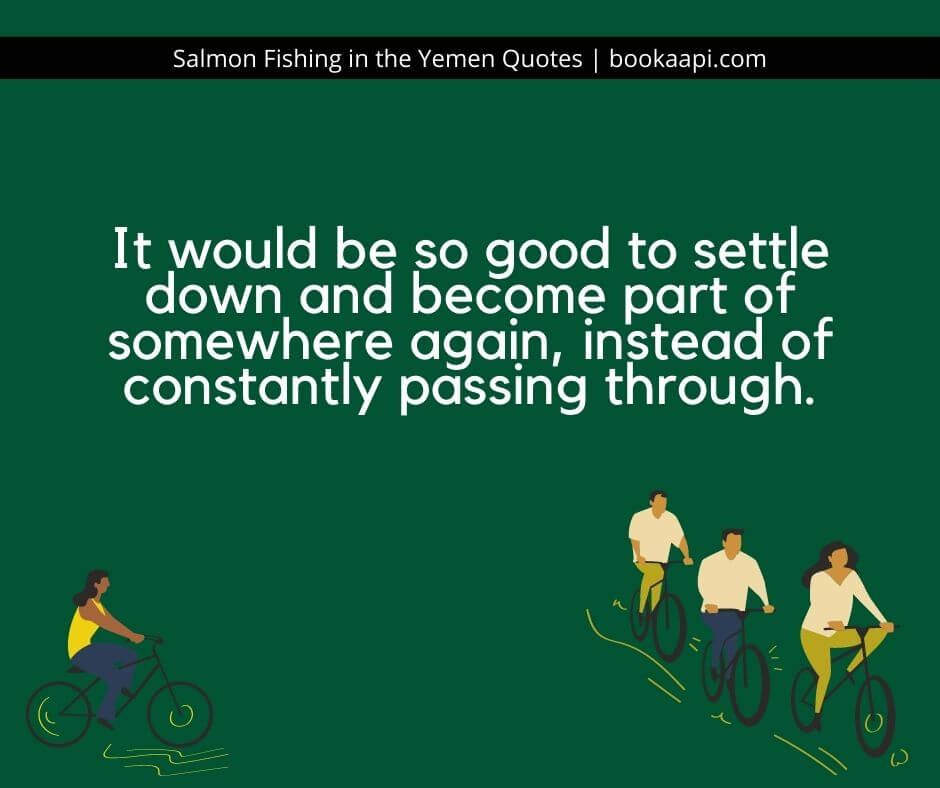 Salmon Fishing in the Yemen Movie

Yes, there is a movie on the book with the same name.


The movie is entertaining. I watched it as soon as I finished the book.

With a hopeful ending, the movie deviates a lot from the book. The personal struggle of characters, dilemma, and PM presence at the site, all have been changed.

But the movies do not joke about the topic of faith and Sheikh.

Ewan McGregor and Emily Blunt are the main cast. You should give it a go.

Do I recommend Salmon Fishing in the Yemen?

You might find the prose annoying, as it is not linear storytelling, but a collection of diary, interviews, and letters.

But if you find the subtle humour funny, then Salmon Fishing is your book.

Salmon Fishing in the Yemen 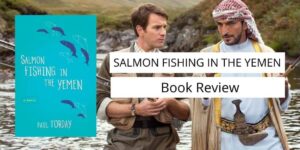 Salmon Fishing in the Yemen by Paul Torday is a political satire. The story is funny, refreshing, quick paced, and as wild as the title of the book.