Rage of Angels by Sidney Sheldon is an addictive book. I guess, every book I have read of Sheldon does the trick for me.

The edition I have is this — 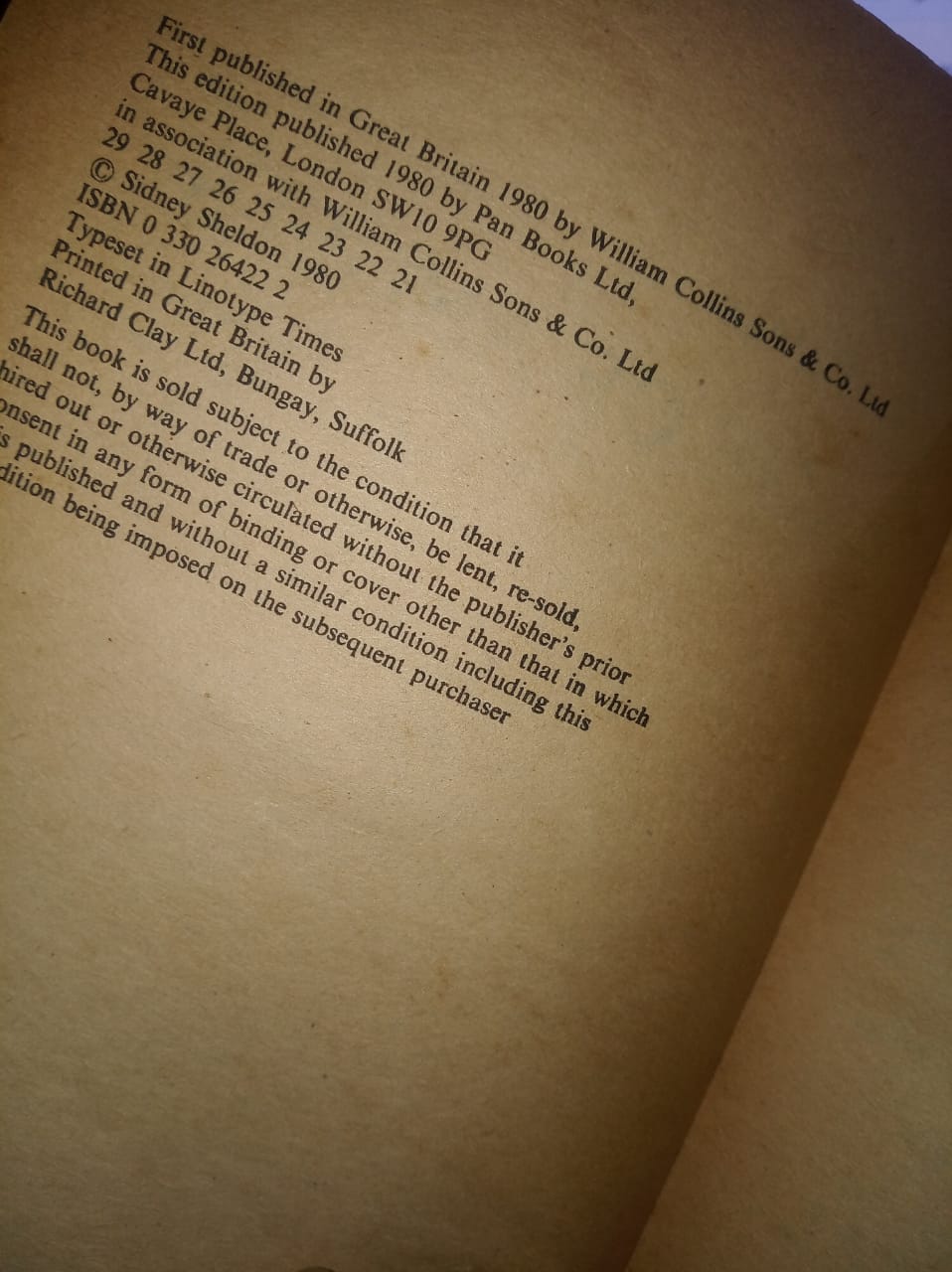 But there is some sort of melancholia while reading dust-up edition.

The words you are reading are read by so many people. Don’t know how many people have tasted the pages but instead of creating an unhygienic atmosphere, such an edition evokes a sense of sonder.

Rage of Angels is a story of Jennifer Parker, an attorney, whose life has been shadowed by two prominent male figures.

The title is apt as Jennifer Parker is in the middle of two angels. One is good and another is evil.

It all starts from the first day of Jennifer Parker’s internship. On the first day, she makes a stupid mistake and destroys the whole case against the Mafia Boss, Michael Moretti.

When her personal life and professional life were turning mess, Adam Warner (the good angel) blessed her. Her life takes an upward turn and she starts moving high. However, she attracts a lot of people.

Michael Moretti also tries to contact her from time to time, but she was with Adam Warner and his memories. When for the first time, she does not have anyone, she runs to the Michael Moretti (evil angel) for help.

Her life revolved around these two people and they shaped her life.

Many reviews claim that the heroine is independent and self-made. But I did not find it true.

Jennifer Parker always gets help & support from the man. Her journey begins because a man does not ask for the money at first, and she set up an office. Then she takes the case from a priest. Adam Warner helped her in the beginning. Later Michael Moretti gave her all the power to succeed.

I mean, in Hunger Games, Katniss Everdeen was saving the Peeta Mellark. Yes, she also gets help but she was ruling the game.

The same goes for Master of the Game by Sidney Sheldon. Kate Blackwell was the locus of the entire family and she was owning the game.

Jennifer Parker never seems to have that persona.

The book is more about the angels.

I know it might be a coincidence… but here the good angel is a white man and a bad angel is a black man.

However, the idea is inspired by the major notion of good angels and spirits being white and light, while the evil spirit being dark and black.

Modern cinema and literature are only supporting the view.

The chapter was long. My edition does not have much white space but the size was small.

Sidney Sheldon has a way of creating scenes. I wish I can do that. He can create a thrilling ambiance in a short time. Moreover, the book never bores as it keeps pushing the stakes. Page turner writing.

Rage of Angels is divided into two-part. The first part is when Jennifer Parker is on the Whiteside and the next part begins when she moves to the Blackside.

However, there is no third-part.

In the end, Jennifer Park left with nothing.

The book ends with this sentence:

To read or Not?

Oc you should read this. It is an excellent work by Sidney Sheldon.

The Rage of Angels has all up and downs, struggles, thrills, short stories under long story, shady characters, and moral motives.

It is a complete package.