Mango People in Banana Republic by Vishak Shakti is a book about a journey of two men, from their industrial life to spiritual self.

The cover is of course pretty. The title is catchy.

Before starting the review, let’s understand what is the meaning of the title?

“Mango People in Banana Republic” term was used by the Robert Vadra, the son-in-law of Sonia Gandhi.

Yes !! many activists slammed him for this, even Aravind Kejriwal.

It was a whole drama that was going between Aravind Kejriwal. Kejriwal accused the Vadra of taking illicit money from DLF. Read the issue 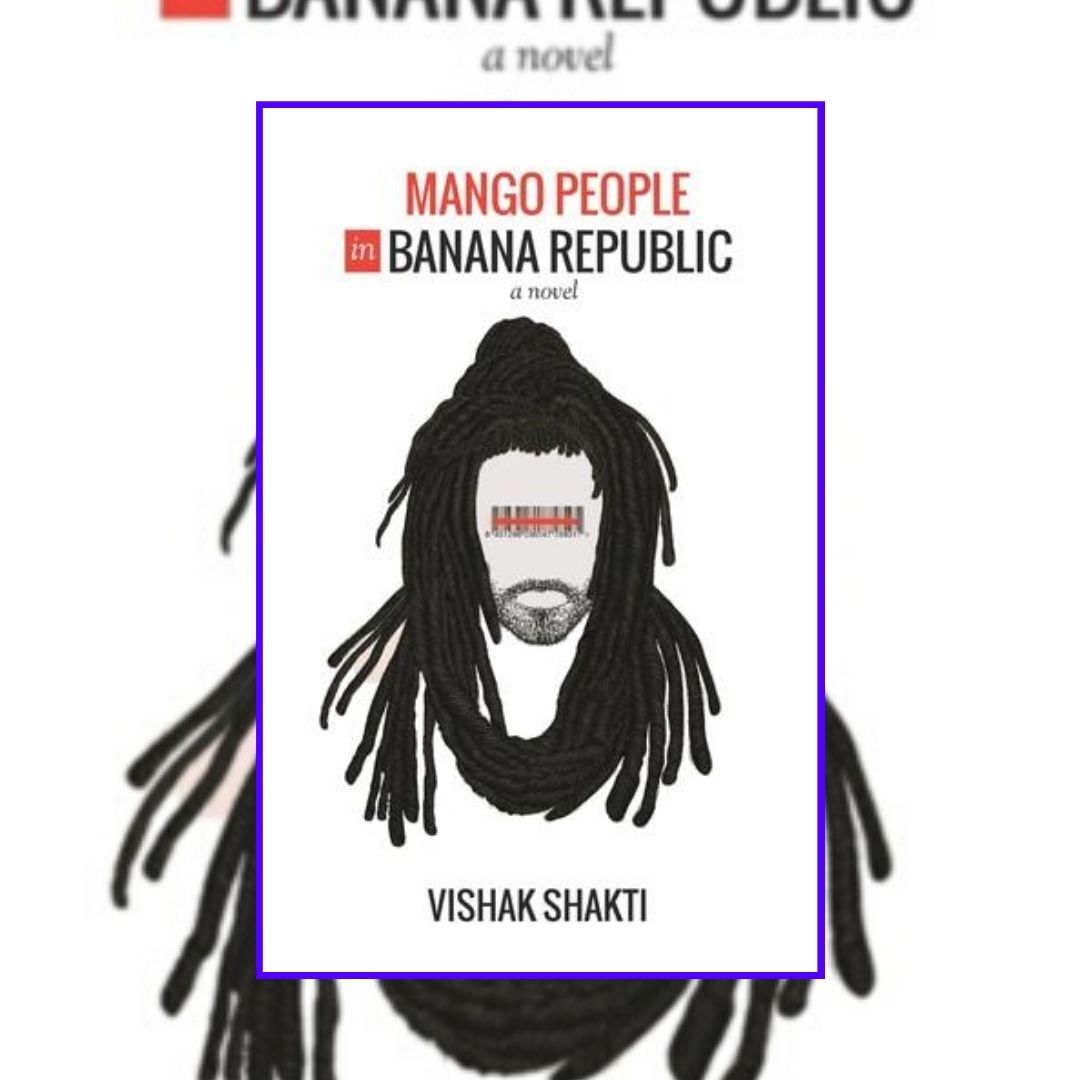 So Vadra made the comment on him, calling Kejriwal a Mango Man.

Mango is a fruit. It means “AAM” in Hindi.

The ‘banana republic’ thus refers to ‘politically unstable country that economically depends upon the exports of a limited resources (usually fruits, crops), which is dominated by a rich businessmen or other elites and has a impoverished working class.

Going with this definition, we can say India is the Banana Republic.

So this is the title.

The story is about two men.

Both tired of their daily life, frustrated and confused, move out of it, to search their true destination.

Both end up at the same place, but they take the different path.

Anand, the former physicist, goes into the shadow of Gurus, and Ashrams. Just to learn that they are not going good enough to him. Then he sits on the bank of the river and waits for the awakening to come.

While Ravi takes a long journey. A consultant and strategist left his job in a crazy manner. Destroy all the comfort of his life. Ravi thinks that his life’s meaning is to make his country a better place.

He gets involved with Naxalites and learns that he, himself is not good enough to make his country a better place.

Finally ends up with Anand, at the same bank.

Here, Vishak Shakti has written their dialogue in a drama form. Vishak Shakti tries to explain the nature of body and space, spirituality, awakening, self-awareness, belief, the perception of life and the surrounding.

In the end, Ravi gets his Anand and the pain vanish. Finally, he burst, like the real sun. Ravi means Sun.

The story is good and the cyphers like this make it interesting.

Vishak Shakti has not used the real names and location, or the political parties name in the book, but you can identify them. Like the Rose Party means BJP.

Those you can’t understand are okay, well, it will not affect your story.

There was a scene of Ram and Dashratha. I can’t understand the significance of that scene.

But still, Ravi means Sun, Anand means enjoyment, that Ravi gets when he meets Anand.
Madhu means sweet, and Ravi’s life becomes sweeter after her entry.

Read Mango People in Banana Republic yourself to find more.

The writing is simple, as the blurb promise. Easy to understand and comprehend.

The biggest part of the book is from the point of view of Ravi, and there was some newspaper clipping here and there…

As the Khyati say

The flow of language and clarity of expressions would enhance the reading experience. The variety of themes, characters and their influence is sure to keep the readers hooked on the book.

Finally, Do I Suggest?


Go and give this book a try.

Mango People in Banana Republic is not your usual Indian romance, it is a journey of self-awareness, with the backdrop of corrupted Indian politics.