The Lord of Death and the Queen of Life

First of all thanks to Ace Publication to save the writing of Homer Eon Flint. If Ace has not done it, The Lord of Death and the Queen of Life and many other books from Homer might be lost in the dust.

Through these old Sci-Fi books, very dull picture of that time Sci-Fi literature is started to form. Not only this, but I am trying to look at the Publication House World of that time.

The book might have the number at that time. This book has this code written on it. F-345.

I don’t know what it could mean. But someone might. 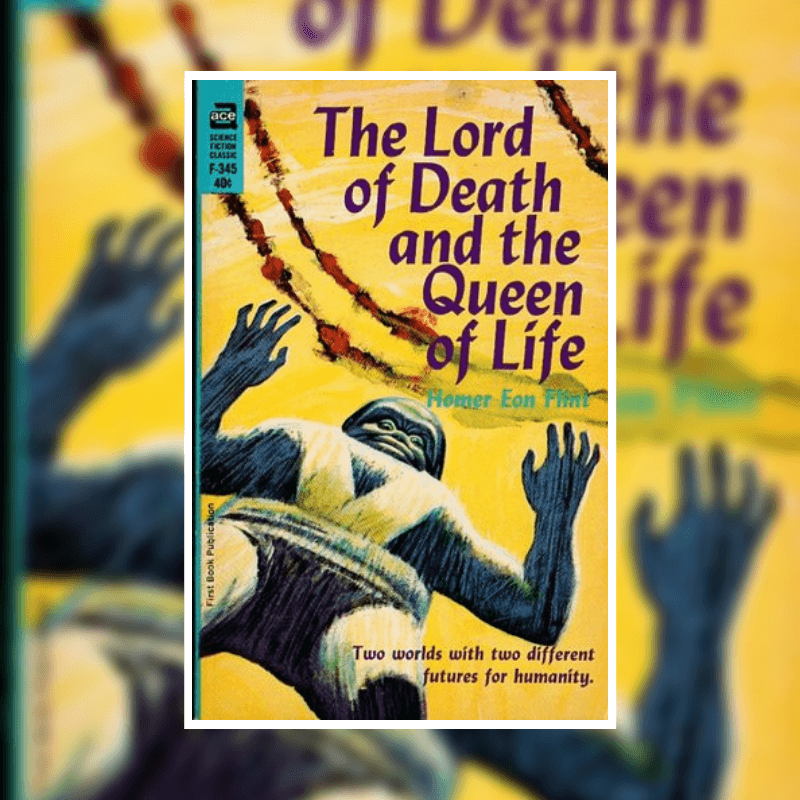 The Lord of Death and the Queen of Life

The Lord of Death and the Queen of Life is the perfect title of the book. It is what story is all about.

Four humans are exploring Mercury. The team consists of a Doctor, Engineer, Archeologist, and one more who I think is a facilitator. After exploring the Mercury they go to Venus.

Let’s talk about the Lord of the Death.

Lord of the Death

On Mercury, they investigate the place and find some tapes and a locked place. They find out that there was life once existed on the planet.

They listen to the tapes and find out the kind of society the Mercury had.

Homer has written the book in 1910-1920… The World was changing rapidly at that time. I think the 20th century is an extreme turning point. And yes, World War has its effect on how the World has shaped. But the book is before the time of World Wars, it was written at the time when the competition was rising in the World.

Homer do despise this idea. And he might be right about it. But he disliked the idea to the extent that he began to see it as the reason for Planet’s downfall is quite an overreaction from his behalf.

I am starting to think that Sci-Fi writers do not think Biology as a science. They think Chemistry and Physics as a science. And Space has a great influence.

But this was about the Lord of the Death.

In the second world, the World Queen of Life. Homer takes the stand for Women of the World. And I think it is one of the good examples of how men writers think about women. Giving them the voice in the literature. But doing it so wrong that it stabbed the notion from the back.

In the book, a female hides her gender to goes on board, well, as much as this is foolish, and extremely unbelievable that you can hide your gender in a space voyage, I am okay with it.

But then women end up in the man’s arms. At the last line, like it is the final destination of the female character to end up in the arms of a man. The whole book final point is that hug.

What happens next is another unbelievable trope?

Sci-Fi does not give you the freedom to write whatever you want. But in this book, Homer has used it to reflect his ideas of how a society should be.

There is no concept of rich and poor. And good and evil.

He justifies that humans can’t be that much civilized as we are more animals than humans. Maybe in a few centuries, we may overcome the problem.

If we compare his dream with the present scenario, our world seems to go in the same direction. But there is still so many dividends, so many boundaries, and the Internet can’t destroy all of them.

To become what Homer want us to be, we need more tech. More time,… and I think if anyone will read this book in the 24th century, he may find the work mind-blowing.

But for me, as a reader of the 21st century, it is nothing but a dream of an old man.

If you like to talk about The Lord of Death and the Queen of Life, do leave your thoughts in comments. Or talk with me on Instagram.