And I continue to read Michael Morpurgo. I am way past the age of his target audience, but still, whenever I see his books, I buy them.

Maybe the ‘comfort of a known author’ is more critical than the ‘anxiety of trying a new one’.

But if I had not tried the new authors, I would not have found out all the fantastic authors such as Amy Tan, Susanne Fletcher, Alan Titchmarsh, Harlan Coben, etc…

Next, I will read the Tattletale by Sarah Naughton. I have high expectations from the book.

Escape from Shangri-La is classical Michael Morpurgo. A kid, an adult, a friendship, and an adventure is bringing the family together.

Popsicle is the grandfather of Cessie (a 12-year-old girl), who returned home out of the blue. Pop and his wife were separated, and the mother took the son with her. Pop did not visit, but now he wants to meet his son at the age of 65.

Gradually we learned that Pop was in Dunkirk, and he never came back whole again. In Dunkirk, a girl saved the life of Pop by hiding him in the cupboard.

He falls in love with her but never went back to Dunkirk for whatever reason. Now he wants to revisit the place and find out that girl before dying.

It also seems an innocent and lovely way to tell a story while hiding the actual bloodshed at Dunkirk.

This is the USP of Michael Morpurgo. His books introduce the world war and the history to the kids in a very delicate manner.

The Battle of Dunkirk was fought between the Allies and Nazi Germany at the French port of Dunkirk during the Second World War. Allies were losing, and the Dunkirk port was their way out.

The Navy evacuated more than 330,000 Allied troops. However, around 16,000 French soldiers and 1,000 British soldiers died during the evacuation. And these are not only ‘numbers’, but each number represents an actual person with a real family.

While navigating through the data, one has to keep in mind the numbers are real people. It is so sad that today we have turned real human beings into statistics.

Popsicle was one of the troopers who helped evacuate the soldiers from Dunkirk and then found himself at the beach with no rescue.

A lady hid him in the cupboard and instructed clearly never to look out of the window. But he did and got himself arrested. This might have also impacted the girl, as we later find out that the girl disappeared after few days of the arrest. 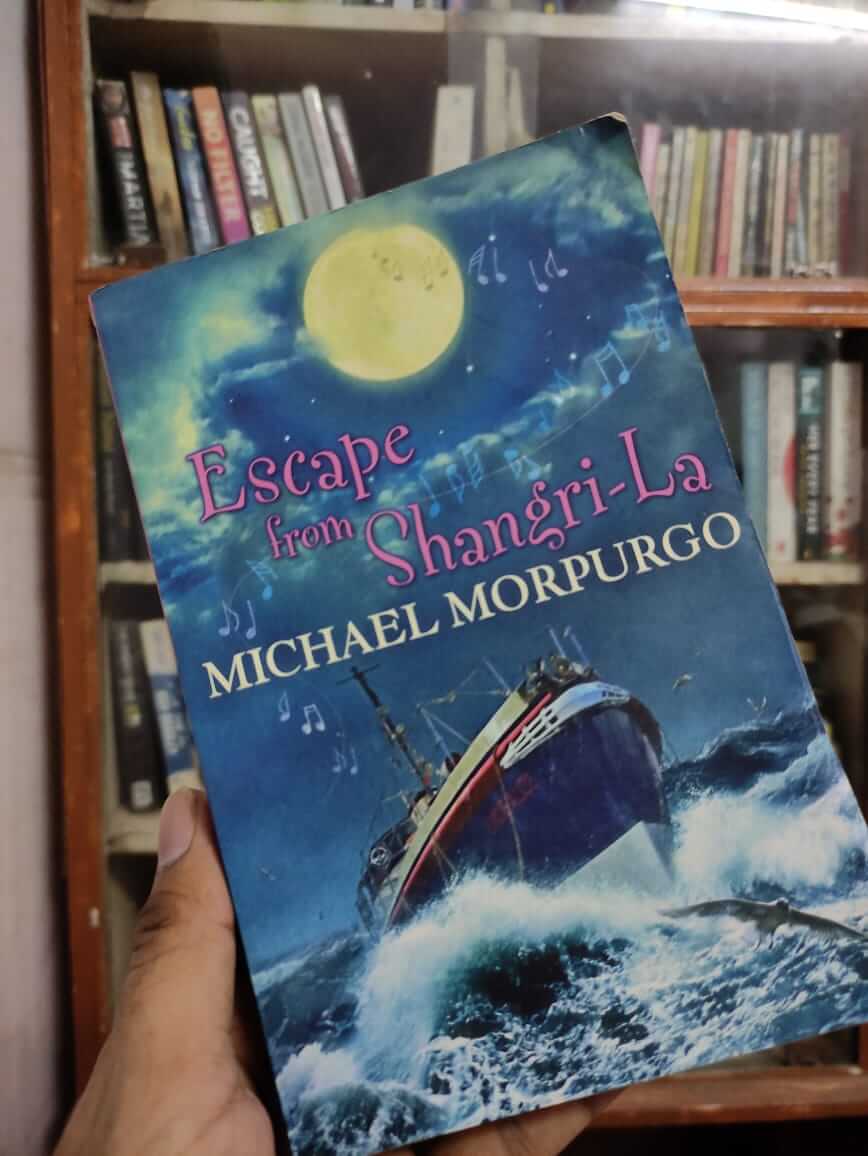 One critical part of the story is showing the kids why a father-son relation can get damaged and how it can be repaired. Though it is fiction, and the son might never forgive his parent in real life, it gives the kid shade that their parents are not that wrong for hating their parents.

Everyone has their reasons.

In the book, Father returned from Dunkirk, married a woman but never loved anyone again. He was in love with the girl who saved her life.

‘Not loving’ can break any marriage. Because at the end of the day, despite all the fights and hate, if two people love each other, they will bear it.

So the marriage break and the mother take the son away, which was the right decision.

People who can’t love, can’t love anyone or anything. They live their whole life like that. It is such a stupid thing to happen that you don’t care about another person.

People say it like being edgy, and or it makes you strong. But not able to love someone or not allowing yourself to be affectionate and passionate towards someone is tragically terrible. Like a log in a forest, decaying, dying, and not a single animal or insect touching it.

A person lives his life as a free agent, and it is not beautiful. Loneliness is gorgeous to look at, not for the person who is experiencing it.

Pop was alone in the boat, and he found out his son on the radio.

On the other hand is the son, who never had a father. Mom died after taking him away, he tried to get back to his father, but his father was not present.

Lonely people are never present, as they don’t care because they know they can do things alone and do not feel the need to tell anyone where they are.

Pop took a way to overcome his loneliness, and he took it. Most people are not that brave.

As Anita Desai has put it in the Clear Light of Day:

The room rang with her voice, then with silence. In the shaded darkness, silence had the quality of a looming dragon. It seemed to roar and the roar to reverberate, to dominate. To escape from it would require a burst of recklessness, even cruelty.

In return, the son was reckless too. He also fought the dragon to get his father back.

Do I suggest the Escape from Shangri-La?

Yes sure. It is a good book for kids.

If your father suddenly came back, and you want to introduce the concept of a long-gone loved one coming back, you can try this Escape from Shangri-La. 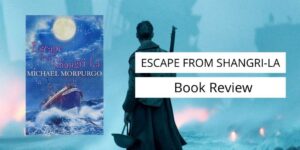 Escape from Shangri-La is a short book about an old man returning to Dunkirk. A nice and easy-to-understand book for the kids.