Demons of Time by Varun Sayal | Race to The Seventh Sunset

Demons of Time by Varun Sayal is not the first book I read of him. I also read Time Crawlers. It was the collection of short stories.

Time Crawlers was good, but the Dialogues issues were there. Varun Sayal’s stories move with dialogues, and there is very less description.

Every detail, each point, all the concept, the protagonist learn by asking, and another person simply tells him. Well, you can call this asking and getting an answer is a form of learning, but by anyway, it is not discovering.

Character does not discover anything. He simply gets all the information from the people around us.

This, and there are other things in the book, that I tried to overlook, but few are just in the plain sight. So I have to talk about them. 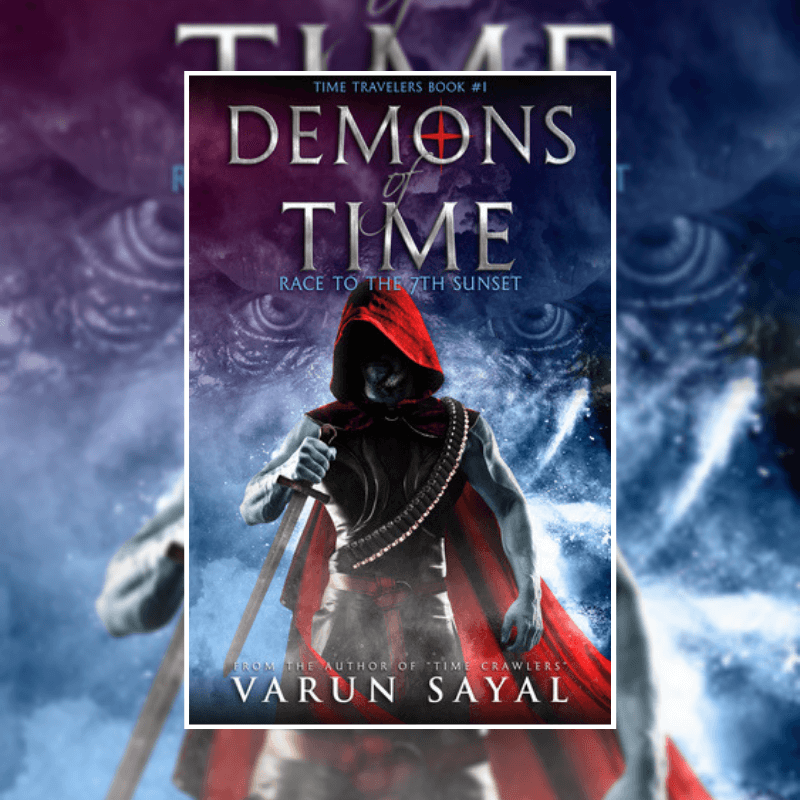 I don’t understand why they were using the BC calendar before Christ is born. It does not make sense.

No civilization has used the BC calendar before the birth of Christ.

Tej was not worried about the extraction plan. He knew that once he ran the demon invocation spell on Samarth Bhasin, he would be able to pull Kumbh’s consciousness out and take it back to 3057 BC.

They all were using the AD frequently.

Well, I do not demand that Homosexual Characters should only be in books when they do serve a purpose. But here Tej’s homosexuality does not make any point.

It just presents there for no function.

Spoiler
when he found out that his Family is not anymore, he wept for them. And he never asked about Manu Kumar. He had a feeling for him.

There could have been more to this arc, at least in the 21st Century Time Slice.

Is it Science Fiction?

Tej, listen to me carefully. I had prepared this room for easing the commencement of time travel. Forty-two learned priests sat here and chanted twenty thousand mantras addressing Goddess Trikaaldevi. They did so for fourteen days, praying and requesting her to bless this chamber. Inside this space, you have to be watchful of what you think.

Varun Sayal provides Scientific Explanation for many religious things. And then he throws this at you.

A completely non-scientific way of making the room some kind of Time Travel Ship by Chanting the Mantra inside it for Fourteen Days.

It happens again when Necromancer women teach Tej binding Spell by making him chant a spell thousands of time.

This Dialogue Irk Me

That is impossible. Tell me the details.” “Right now?” “Yes, right now. The fate of humanity is at stake, kid. If Tej’s involvement is not going to change the future, I need to make other arrangements. Kumbh has to be stopped at any cost. I need to see if I can send more time-warriors to the future. I was bullish on Tej, but after listening to you, I am having my doubts. So tell me each detail of the dominant future before I embark him on the time journey.”

He says right now, there is no time. And then he continues for his long monologue.

There are lots of Monologues that are so long time. For example:

His voice was heavy. “Kid, this toy you are holding is complete junk. I have seen several of these in the future. It’s a satellite-based weapon, which is configured to a particular geostationary satellite from the future. I am not sure how you even brought it to this time-slice. That’s commendable. But beyond that, it will not work here. Yet let me show you what will work here—the.22 caliber which I am holding in my hand. It’s metal and ballistics and has been working well since the Chinese invented gun-powder. The best part is, this works everywhere, and especially well on human bodies.”

In the last chapter, the Antagonist start explaining the technology to the kid. And this at the climax of the action.

It is disappointing to see that Varun Sayal thought that making a female character emotional is the key to get your work done. That female can’t think rationally, and their emotions control them.

But the Tej said something emotional and awake her motherly Instinct and she gave him what he needed.

“I said, shut up. I will help you.” Rudrakshini wiped a tear from her left eye and took a deep breath. “And stop crying like a baby. You got me all emotional, too.” Tej finally had a smile on his face, he wiped his tears.

They should have made some kind of deal or pact or something. Or should have sent him on a Quest for her to check his courage. That was what I was expecting.

What I get is Tej crying and talking about her mother, and the WOMAN gets emotional, and she helped her.

Not A Real People Talk

As I said, the book depends heavily on the dialogues. But the dialogues are too fictional. Demons of Time by Varun Sayal is a fictional book, but still, this is not how people talk even in books.

“I understand, sister. Those were wise words. You have resolved a pang of strong guilt within me, which would have devoured me from within.”

This is a single example. 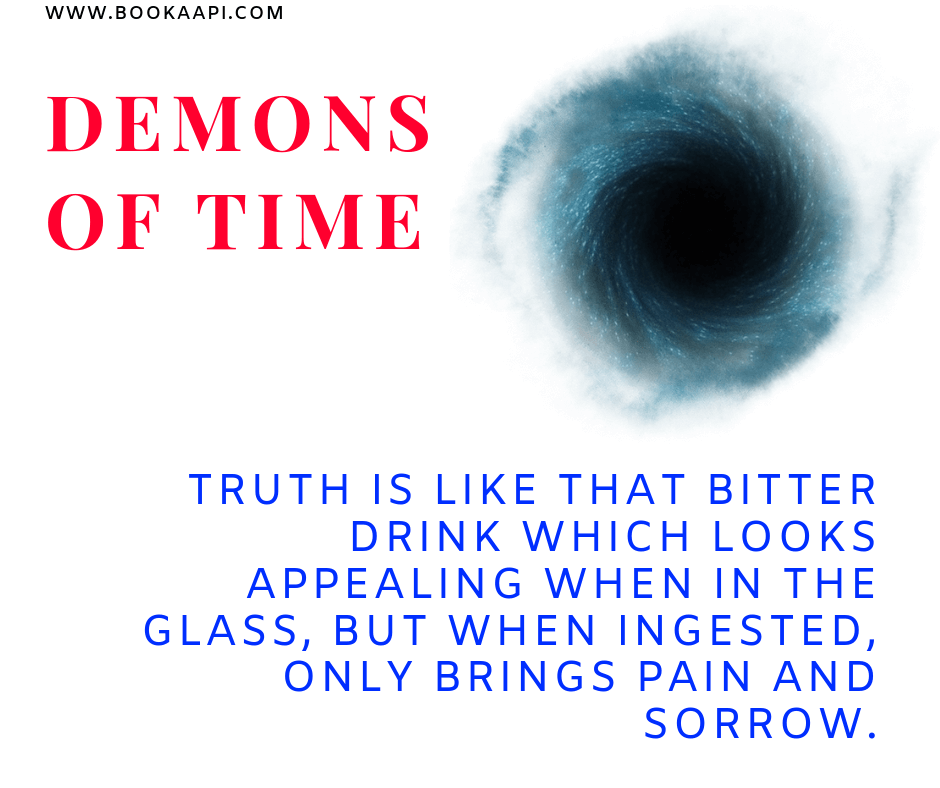 Imagine you planned a whole operation, with years of Intel.

The fate of the Billions of Lives depends on the success of that Operation. And at the last point, the final point, you have to put a Liquid in someone’s mouth.

Now, what would you do?

“Good, he is waking up. Gajendra, now give him the neurotoxin. But do so with care. Too much of this toxin may kill the vessel and free up Kumbh’s consciousness,” Rigu cautioned.

This is what he said.

But do so with care. There is no need to take calculation because all Gajendra has to do it with care.

This is the most boring of all.

Manika and Tej talked. For the whole chapter. Dialogues after dialogues.

Varun Sayal could be a good Drama Writer because he so much likes to write dialogues.

Yes, Dialogues are important, and they moved the plot forward.  But in this book, dialogues do the World Building, Dialogues creates conflicts, Dialogues resolve the conflicts, and even Dialogues explains the weaponry.

Demons of Time by Varun Sayal is a short book. You can read it in a single day.

Varun Sayal is an imaginative writer. The concept of Time Travelling always come with so many questions, and when you add up religion and culture into it, they become more complicated.

I will see in what direction the story could go.

About this book, it ends with the cliche, that works better for the TV industry. Index finger shaking.

One more thing, when I was reading the book, it felt like the book is trying to get to the finish line as fast as possible. It as not stopping anywhere, it just running so fast towards a conclusion.

That’s why there is so less world-building.

Demons of Time by Varun Sayal

So tell what you think about this book. You can read this on Amazon Kindle.

It’s a light read. Give it a read. Demons of Time by Varun Sayal