Clear Light of Day by Anita Desai is a powerful mixture of good writing and contrasting characters.

The book is not clear in the sense that a contemporary writer is writing, but it is an amalgam of the events, the relationship and the changes that were happening in the country.

The story kind of follow, or I might say, become a shadow of the post-independence plight of India.

Instead of going political, I would talk about the writing excellence of Clear Light of Day by Anita Desai.

The book is divided into 4 parts. The first part and the last part is present and the middle two were of past.

The story is of 4 siblings. Bimla, Tara, Raja and Baba (special care).

When Tara comes back to India, she finds Bim living a very low life.

Bim was the eldest of the one and she has to take care of the others after her parent’s death. While doing so, she forgets herself.

She is holding grudges against her brother and Tara too because they all had left her. Tara went aboard and Raja goes to Lucknow. Remain the Bim with the alcoholic aunt and a special care brother Baba.

I felt sad for the Bim.

She was so ambitious, smart and wanted to do a lot of things and she ends up with a small teaching job in a college.

On the other hand, Tara, who only wanted to marry, got a way out easily and builds up a social life. Raja, also manage to find a good house and a purpose.

Bim, because she was too busy in taking care of her sister and brothers does not manage to live up to her extent.

When you look it like this, this is a retelling of the story that I find is INDIAN to the core.

A person, Mother, Father, Sister, Big Brother, ANYONE, from a family, carry all the burden, and when every other person become self-sufficient, they left that person.

Usually, the elder ones are responsible for managing the house, if the parents are not there. In India, the elder one are not even responsible, they must make sacrifices for the happiness of their younger ones, and that’s how they show respect to their parents.

And that’s how the society respects them.

There are many examples around us, and let’s not forget the movies.

While they are distributing the pieces of themselves to the ones they are taking care of, they feel good.

But when in return they get disappoints, they realize that they have never lived for themselves.

To capture that, to know how that happens, you need to read Clear Light of Day.

The lazy writing style is my favorite kind and this book has laziest starting I have ever read.

And the end is saddest just because of the language.


The book ends with the tone of realization, Bim realizing that her love for her family members is not unconditional, but it has flawed.

She realizes that she has given a lot, and she is exhausted,  and YES she is angry with her siblings because they never cared.

Although it was shadowy and dark, Bim could see as well as by the clear light of day that she felt only love and yearning for them all, and if there were hurts, these gashes in her side that bled, then it was only because her love was imperfect and did not encompass them thoroughly enough, and because it had flaws and inadequacies and did not extend to all equally.

Never ever Anita Desai manipulates emotions like now writers are doing, it is the power of her writing that evokes so many feelings.

The poetic plus lazy prose is all you need to read a book of broken families, relations and love.

As you read further and get to the last chapter, you realize that how strong Bim really is and then you see that she is human. And she breaks like a human, then you break with her…

It is natural tendencies of people to feel hurt and pain when watching brave people losing. It is like, you think that you can be brave and win, but you see a person, losing despite being doing everything right, and you see the cruelty in the naked form.

Because breaking of a strong character is a sorrowful event. 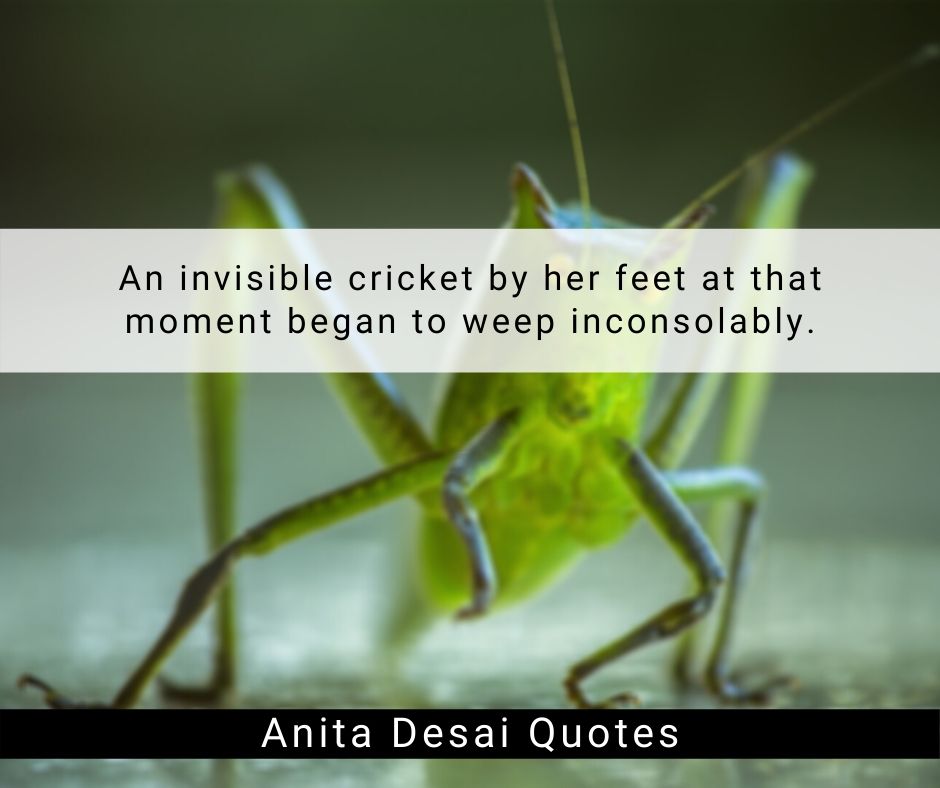 And if you say that Indian writers do not write well, then you are not reading right writers.

The struggle of an Alcoholic aunt and the ignorant parents not giving time to kids .. kids making their own world and dreams. At that time nobody knew what future holds for them.

I closed the book at the moment when Tara left the house and Bim said to Dada that they both are alone now and Dada does not understand and she smiled to herself knowing how life will go from now.

At many moments, I closed the book here and looked up at the wall.

I was totally feeling the fictional characters more than I ever felt a real person.

This is what Clear Light of Day by Anita Desai do.

This is the type of book which raises your standard of reading.

You see what rubbish you are reading when you read current so-called popular writers. Many books now are not even two-dimensional.

This novel has 4 dimensions.

The front is a simple story of a sacrificing sister.. but behind the scene is the sorcery of Anita Desai’s language which normal reader cannot even see…

I read this book to understand the symbolism. I knew there was more to the book than what I am reading.

This book truly helped me to see beyond the words.