I finished reading Chanakya by Ashok Banker in a single sitting, last night.

The book is short, with only 154 pages. It moves fast, without divulging into unwanted and unnecessary information.

I always look at the stories as a way to look into the author’s opinions. People write books and stories to express themselves, or to tell their opinions.

They write it in an interesting form so a reader should read it.

By reading it, writer influence the reader.

They challenge the perception and the thought process of the reader. The writer gives new ways, and provide a different point of views.

Chanakya is a story of an Indian genius.

A lot of books, movies, and TV series has already made on him.

The childhood does affect the whole life of a person. Ashok Banker tries to find those reasons that made Chankya what he becomes.

It is only a part one of a long series. The Vishnu Gupta has yet to become Chanakya and bring down the Nanda Dynasty.

Vishnu Gupta is a prodigy, living peacefully in his village. Oftenly challenging the teachers in the school and socially awkward.

For some big events of Brahmins, his whole family goes to Patliputra. Vishnu’s father, Punditji is already a known scholar.

In one event, Vishnu asked few questions to Big Gurus, and as events turn out, the Maha Amatya want this prodigy to learn and study at Patliputra.

There is also a story arc of Chandra, maybe he is Chandragupta Maurya.

This is how Vishu start studying at the Patliputra. The story of the Chanakya by Ashok Banker is only about how Vishnu, from a village moves to Patliputra, see the corruption and injustice and take a promise to clean the empire with such wrongdoings.

All of the learning Vishnu has is from books and literature.

He doesn’t have any world experience, to say. So I don’t think he personally has any ideology.

All he has is a what he learned, and thought right.

He believes in Ramayana, Mahabaratha, and other Vedas, but he also wants to contradict them. AT that point, I lose the clear picture of Vishnu Gupta. On one side, he discussed at length that everything that is written may be wrong, on the other side he made this scripture a base for his justifications.

He sees events and executions and, he put them on the scale, the scale that he is ready to accept is not true, to find out if they are wrong or right.

Leaving it to Vishnu Gupta, and writer. As I say this is an only first part, things get clear as series move on.

The crumbling of empires, and rising of the new one is not done by wars and kings, but by politicians and Prime Ministers.

This is what Prime Minister of Patliputra thinks. This is how the story moves.

It is not about Maurya vs Nanda. The conflict is between Maha-Amatya vs Chanakya. It is a fight of wit, strategy, and planning.

The Maha-Amatya, the Rakshasa, already has lots of power. The Ram is in making.

What is the Plan?

The motives of both the characters are clear.

Rakshasha wants everything, more power. But what he is doing is not clear.

What he wants from Vishnu Gupta is not clear?

That may be the stupidest part of the book.

You take a seven-year-old kid, and say, like 4 pages to him. Explaining the power and its function. It’s kind of look like only unedited part.

Why he was telling it all to a seven-year-old prodigy. To boost his ego.

One of the parts is this:

You are not one of those who suffers in silence and endures. — You will fight and die fighting, but never stand by silently.

This is a long para where Maha-Amatya is saying compliments to Chanakya. Afte knowing him for 30 minutes, in which Chanakya has shown nothing but his excellent memorising skills.

It is a build up. Like they do in South Indian movies.

A big build up for hero. It only makes the hero weak. 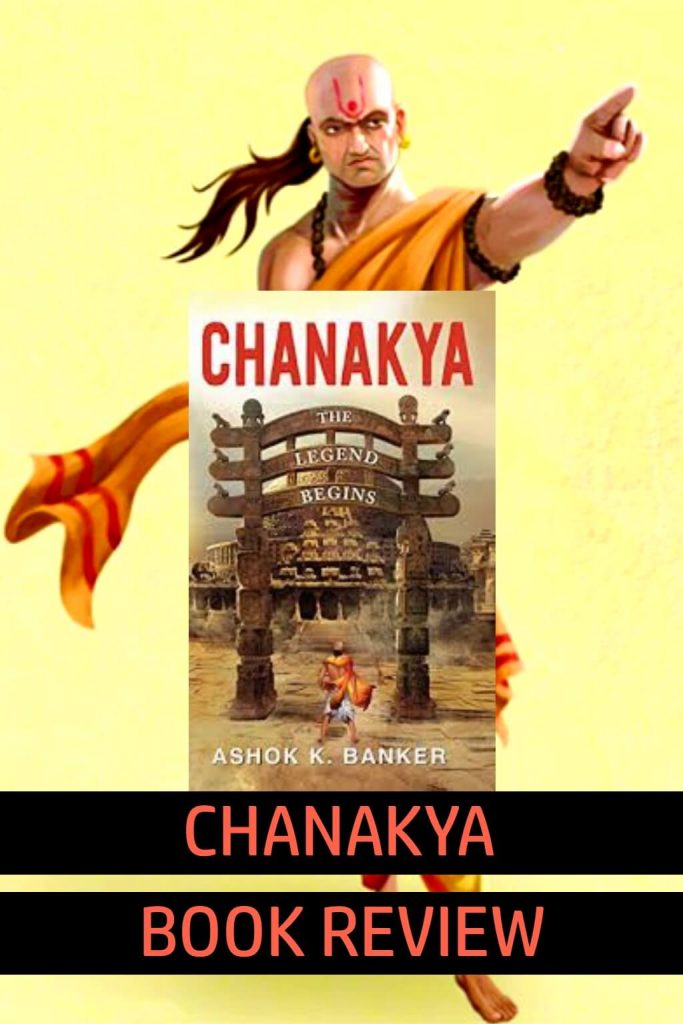 Writing of Chanakya by Ashok Banker

The writing is clear. There is not much to interpret. The singular meaning dialogues.

But the way Banker skips the shloka, and simply tell what it means. That works for me.

The story is about three points of views.

Vishnu Gupta, 7-year-old, that does not feel like 7 years old even for a minute.

Maha-Amatya, who is cruel, but too cool to look cruel.

Chandra. Why he has his own chapters? He does not need it at this point in the story.

But yeah, it is good.

Finally, should you read it?

It is a series. Chanakya by Ashok Banker is the first part.

I will suggest waiting for the second part. The second part will tell more accurately in which direction the story is moving.

But still it is a short read, you could read it in a few hours flight. But the story of Chanakya will not be finished. You will be disappointed.