Case Histories by Kate Atkinson is a difficult book to review. The last book I read of Kate Atkinson was the One Good Turn, and it was so weird, I end up DNFing it.

This one is much better.

Maybe it’s the protagonist’s despairing point of view that makes the book funny.

Case Histories is a first Jackson Brodie novel and popular too. There is a TV series around it.

One fantastic element of Kate Atkinson’s book is despite being detective novels; they lack the thrilling action. But, on the other hand, there is no irrelevant heroism and outstanding deductions.

Simple questions and answers, and finding things the regular way. Though I would complain, Jackson smokes a lot, so I will start smoking if I read one more book.

Fantastic how media influence me.

What is the story about?

Like many female authors, Kate Atkinson is unable to resist the charm of writing about the crime against women. Well, even other books of Atkinson revolves around women, with male protagonists, ofcourse.

There are three cases in the book.

All three stories have their characters, setup, and arc. Intelligently joining and creating a Venn diagram of life and meetings.

The funniest part is not a single character is happy in the book. On the contrary, all of them were downright miserable and hiding it behind their personality quirks.

Some characters fail to hide it and try suicide, while others are getting involved in sex, running away, and violence.

To know or not to Know?

This is the question I typically ask in my reviews because many books deal with it.

What would be more harmful to you?

To know what happens, or to live in a trance of lies and believe nothing has happened.

While happiness is fleeting, sadness has more permanent residue; however, extreme sadness is as loose as happiness.

The father is in trauma after the daughter dies and lives in a particular state of sadness and numbness. He believes if he loses it, he will lose whatever remains of the daughter. However, the grief that paves the way to move on with the tragedy has become a nature of the person and losing it would reject the tragedy itself.

While the tragedy cannot be rejected, your life now is divided into two parts: Before the disaster and after the tragedy.

You cannot mix them both, as the distinction is pretty straightforward. You lost something so dear and near to you that it feels injustice to forget it. That’s why we have remembrance days.

To remember is to love and to respect.

The risk of knowing also involves that you may accidentally know what you do not want to know. You may open the box of lies and deceit that was better being closed.

The father does not have the truth, but she got her daughter back in the form of a homeless girl.

In the third case, the truth is a lie. It is never coming out. Nevertheless, the consequences are there, and lie has already destroyed life.

Sister kills the sister’s husband and blames it on the sister. Sister accepts the blame feeling guilty and all. The love is too great, and the things we do for it are much harsh.

A sister is killing the sister to make her silent, jealousy and illusion motivating her to do stupid things.

Frankly speaking, not knowing seems much better, but I would overthink myself to baldness. 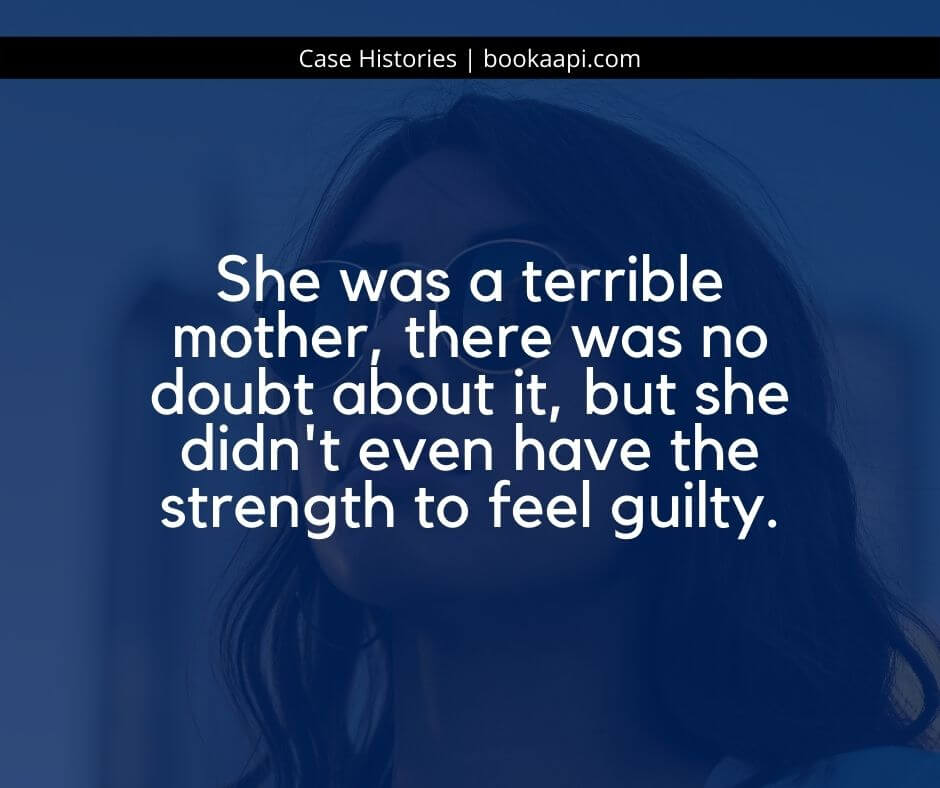 The book also dives into the past of Brodie and shows up the case history 4. The case directly involves Brodie.

His sister was raped and murdered. Brother does suicide.

This is enough to have hard childhood, but he will also join the military. Joining the military by the sad kids is a thing, I guess. Because this protagonist eventually becomes hard and depressed, which is perfect for detective stories.

As we learned more about Brodie, we can understand the reasons behind his dejected presence. However, there is some time in the middle of childhood and middle age where he was young and violent.

His friends and some past mentions glimpse towards the sociopathic personality. However, he is the result of all the things he did and what happened to him.

More character depth for future novels. Maybe I will try to give one more chance to the One Good Turn. 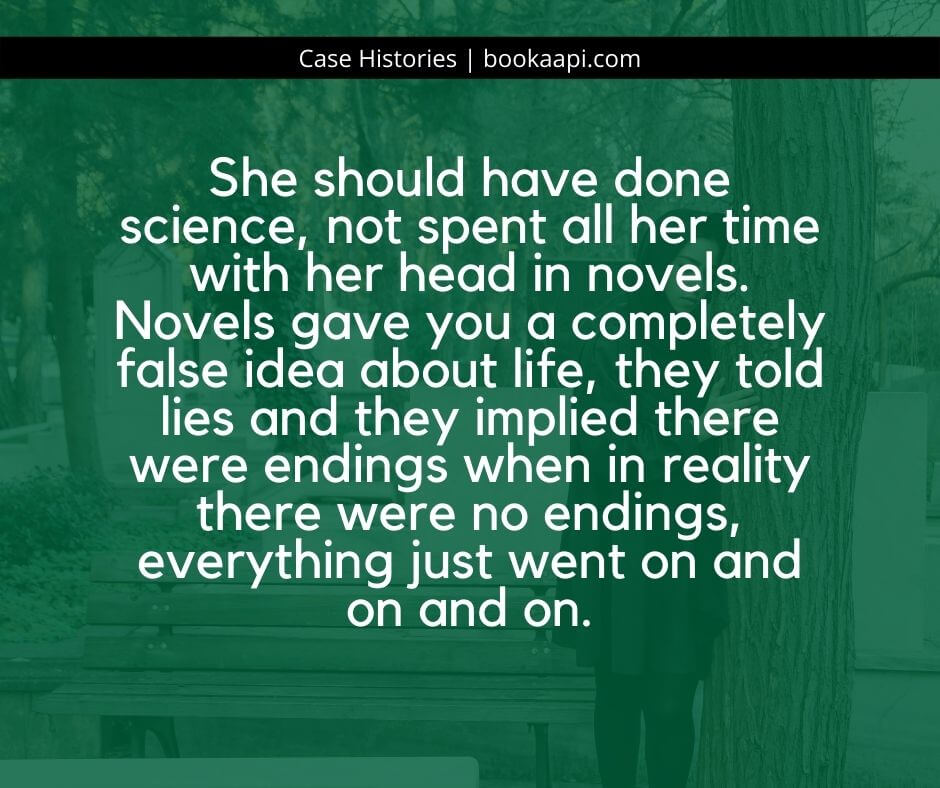 You cannot get a straight narration out of Kate Atkinson with the revolver on her head. All the turns and twists have to be so amalgamated within the characters that the book feels referencing itself.

But is not memories like that. Never in a straight line, but blob here and there.

That’s how the book goes. Characters are telling from their memories that is not proper and often misleading.

Do I recommend Case Histories by Kate Atkinson?

I recommend all the books by Kate Atkinson.

Case Histories implores the effect of obsessions we made when we were kids and how they affect our entire life.

One wrong turn, One lie, One obsession — everything goes to mess. 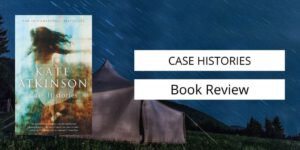 Case Histories is the first Jackson brodie novel, that take the reader through the large cast of character, each one having their own agenda.