Bougainvillea House is the finest psychological thriller by an Indian Writer I have read.

I even put Bougainvillea House by Kalpana Swaminathan higher than The White Tiger when comes to exploring the darkness of mind.

Kalpana Swaminathan is the writer India fiction needs, but after looking at the popularity of the book, I don’t know if Indian youngsters truly deserve such a good writer.

I read this book 4 years ago, and I am writing this review now because this book deserves the praise.

I know I am not a good writer, so I am going to take the words of other reviewers in this review.

I got this book in only 40 Rupees. Yes. From Daryaganz Book Market.

You can find gems there. Do check it.

As the Sumati says:

How often does it happen that you enter the largest bookstore in town and pick up a book based on mere curiosity without any background check of the writer or without leafing through it’s reviews?

Does not happen to me much…

But I decided to buy it and Bougainvillea House turns out to be 5 out of 5 stars.

This is a book about a damned mind and the consequences of it.

It is a psychological thriller, so I cannot give you much of the story.

This is a tale of Clarice Aranxa, the old woman dying of Motor Neuron diseases.

The disease is eating her bones and making her weaker day by day.

She came to Bougainvillea House to die in peace.

Here starts the unraveling series of the deaths around her. As Sumati puts:

The house is reminiscent of a violent past which will relentlessly mirror itself in a series of unexplained and bizarre deaths.

What impressed me so much was the structure of the story.

Writing your prologue in your epilogue is no creativity, making the last line the first line of the novel of the character is no story structure, this is how you create a wild frame for your story.

The book starts from the tape recordings of Clarice.

We get the glimpse of Doctor’s diary, and we see her treatment notes, medicines and therapies.

With the time, we get the nurse who is recording it all. And the reason why?

Then we understand the genius game.

The writing of Kalpana Swaminathan is illuminating.

It was captivating and chillingly cold. From the pretty scenes of Goa beach to the death, it draws everything neatly. 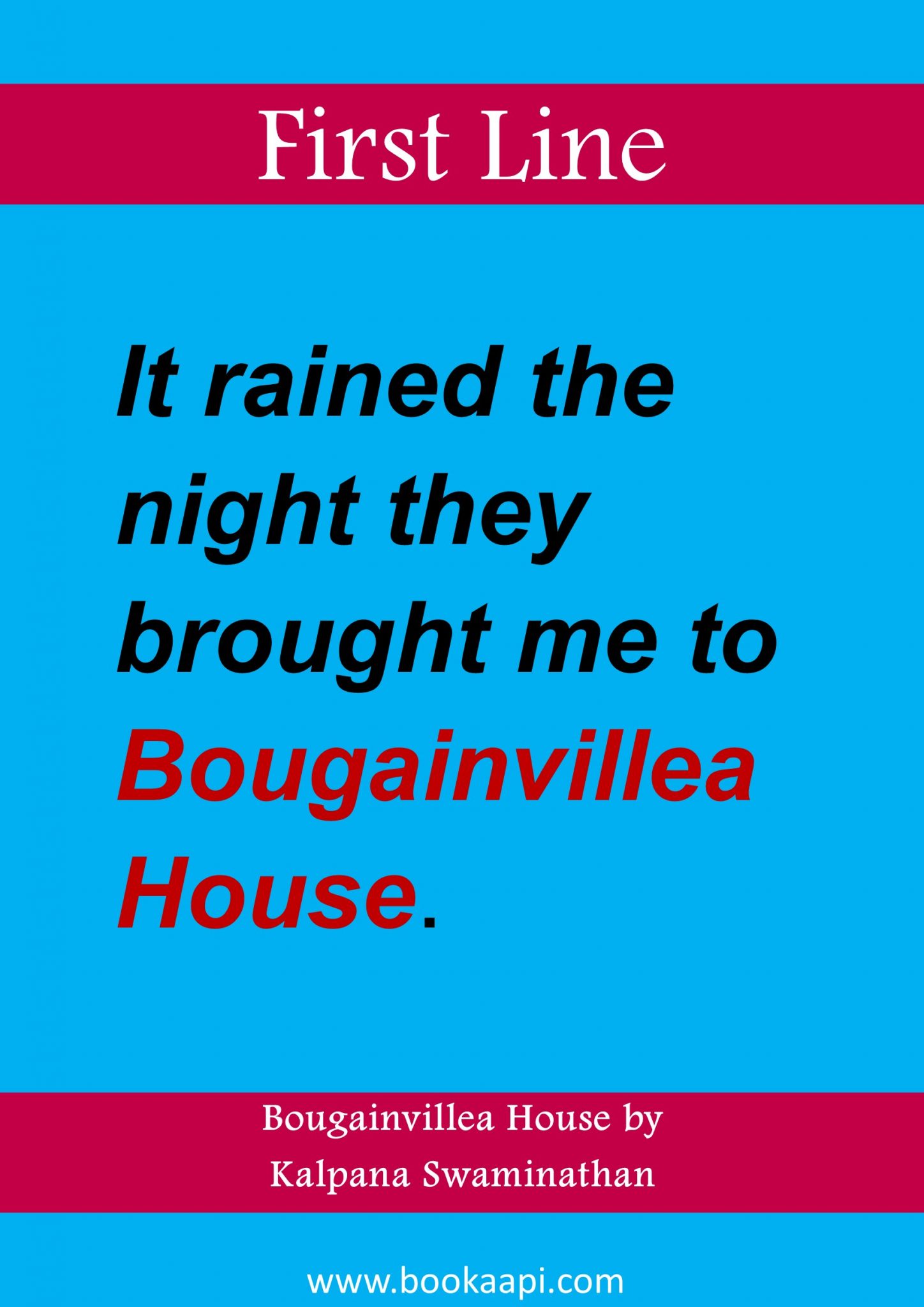 Clarice and Other Characters

The character development in the Bougainvillea House by Kalpana Swaminathan is the master card.

You meet Clarice in her weakest position. She is dying and losing her memories.

But you spend some time with her, and you get to know how proud she is of her heritage, how much she hates Indians. With more time comes her more secrets, like how she is manipulating everyone around her, how she forces people to follow her commands.

I read the Master of Game by Sheldon, and the old woman character was as evil as this character.

Other characters are deeply motivated as Clarice. They are clear-cut like a diamond, but no one can see through them.

As said by Nivedita

Marion, with her bad luck, Clarice with her righteousness, and Pauline with her fierce devotion are stranded at the Bougainvillea house dreading the next curveball that fate is about to throw at them.

Their maid, the daughter, the Doctor, the Nurse, the Detective, all connected to a woman who is confessing the murder she committed.

The climax of Bougainville House

Because Obvious is hard to see…

I recommend it so much.

It is a good literature.