Anatomy of a Scandal by Sarah Vaughan | Book Review with Consent

I completed Anatomy of a Scandal by Sarah Vaughan two weeks back, and last night I found out there is a TV series around it. One day when I am bored out of my wits, I still see it.

Anatomy of Scandal is about a high-profile rape case – and how the lives of women were affected by the accused.

But it also ponders where the consent begins and ends?

The way the rape happened opens many questions – the biggest one is if it is even a rape?

Another question is if it is rape if you realize it during the sex. This is a terrible topic to debate but still critical, as the human emotionally driven animals.

James is a perfect husband, father, and junior minister with connections to the Prime Minister. He is a handsome and charming public figure as basic as they come in politics.

With a good background, college fun time, and connection with the old boys club. James is all set to have an amazing career ahead.

One day, his secretary broke the news that he raped him in the lift. He tells his wife so he can have support. It was an affair gone wrong. The secretary is sore.

But the barrister Kate believed the secretary was raped and gave her best in the case.

On the other hand is the wife, Sophie, trying to see past James. He wants to trust her husband, but she knows something is off about this case. Wives always know these things. But they hide.

This is a story of a high-profile case. A woman is trying to prove the charges, while others struggle with what to believe anymore.

Sophie – The Dilemma of Wife

Everybody knows a girl like Sophie. The good pretty girls date the smart boy from the university, marry them, and get settled while their husband makes a promising career.

They never question or doubt their husband’s integrity, even if they do it before her. In James’ words, girls like that lack convention. They are so attracted to the status of being the wife of a popular person (the modern-day equivalent of a Queen) that they ignore the King’s miscoming. 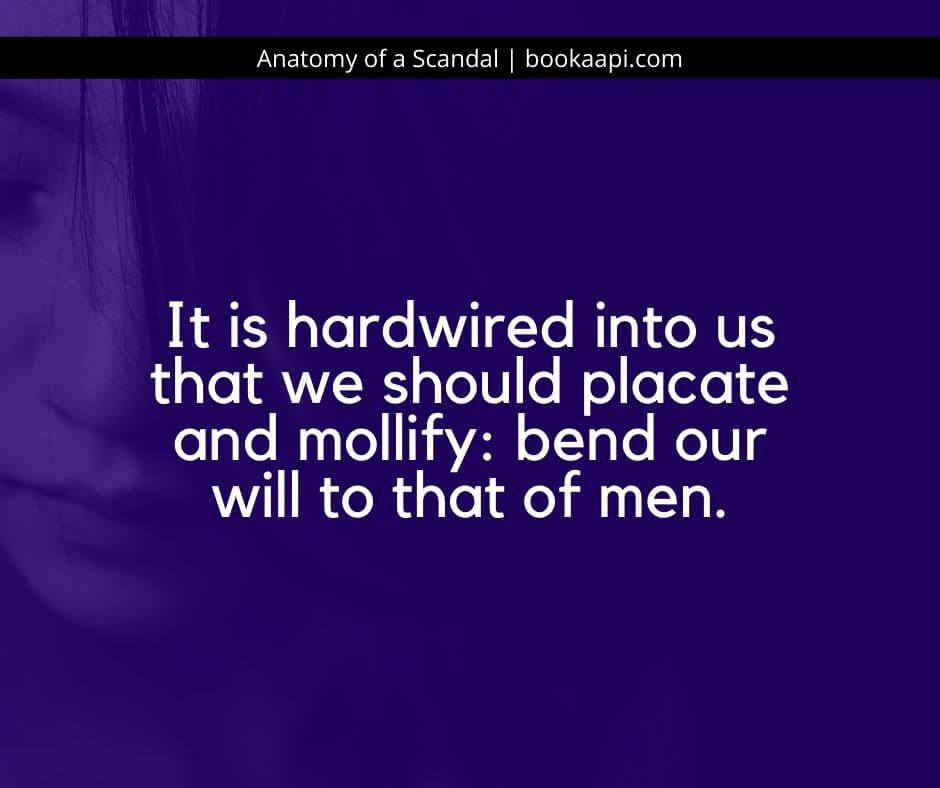 But sooner or later, the mirror broke, and they saw they were nothing but a pretty vase to put on a table. To be admired and respected by other people, but always as the Wife.

Sophie’s journey starts from the lie James tells in the court that she realizes instantly. After a long time, she asks herself – whether she has supported the wrong too much.

Kate – Haunted by Past

Kate is the girl haunted by her past and never relaxes. They are always running, chasing a career because only that thing matters. Because the thing that matters to the general public is ruined for them when they are young.

So the artificial something it is!

Do you see people running with their briefcases during holidays?

You may judge them by saying what a stupid person is not spending time with his family and still doing the work.

But what if the work gave their life any sense of purpose? What if they have already given up on their life, family, friends, and any form of social happiness. They are tired of everything and betrayed by the stars.

Would it not be okay for them to keep doing the work to stay sane? Who we are with healthy minds and relationships to judge them?

Kate worked hard to achieve her place in her field. But the past is something you can’t run, and she takes it when she gets the chance to look it in the face.

The book should have discussed more consent because I am still confused if what happened in the lift was a rape or a make-out gone wrong.

Maybe that is what Sarah Vaughan wants. We never learned the real story of the rape, but only what was present in front of the jury. As a jury, I would have released James because I also see it was an affair gone wrong.

During sex, words work differently. People say stupid things, and everything is normal after those several moments.

I know the history of James, but still, that does not align with the rape story.

He lies in court, but it does not mean he lied about the rape. It’s a complicated topic, and I wish Sarah Vaughan had given more information and knowledge. Because surely I will not go on the net and learn about it.

Do I Recommend Anatomy of a Scandal by Sarah Vaughan?

Surprisingly I do. But there is not much twist, and the ending is predictable. The suspense can be detected from the first few chapters.

Don’t go in for the suspense but the dilemma – and think what the jury did was right or wrong.

Anatomy of a Scandal 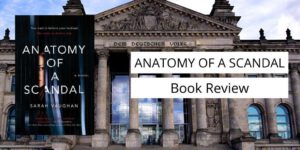 Anatomy of a Scandal by Sarah Vaughan is a high profile rape suspense, and the battle of what is true. Affected women and misunderstanding around the consent.