A Tale for the Time Being by Ruth Ozeki | Book Review

I finished A Tale for the Time Being by Ruth Ozeki yesterday around 4 PM. It was a fantastic time story and a timely one.

It’s been long I read a parallel narrative and slow-moving tale. Unlike Amy Tan’s book, A Tale for the Time Being’s protagonist is quirky and witty.

The reason I am comparing the with Amy Tan is that the writing and storytelling remind me of her. Though the Ruth Ozeki has put cosmic and fantasy element to the story.

A Tale for the Time Being does not bother to explain what happened at the end of the story or does not give any closer. It only provides some hint, but we cannot actually accept them, as they are not from present.

There is a scene in the book when the narrator Ruth (is it author herself) realized that while reading the diary of Nao, she is thinking of the present. But the event had already happened 10-15 years ago.

It is a hard realization, and in the same term, I refused the ending of this tale. 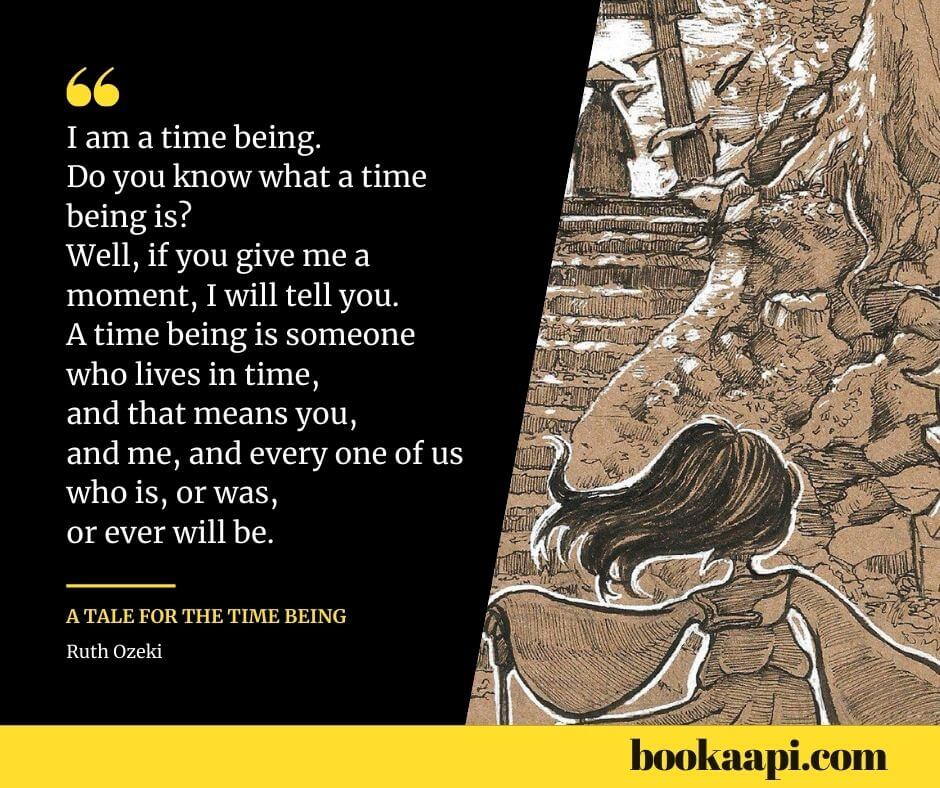 What happened in the Story? (No Spoiler)

Ruth lives with her husband on a remote island, where the Internet is slow, and predator animals are powerful enough to steal pet dogs.

One day on the beach, she found a packet. In it is a diary, letters written in french, and a watch.

Failing to write her novel, she begins to read the diary.

Soon she starts trying to find about the author diary, Nao, and her family. She discovered that the diary might be Tsunami garbage that is ending on their beach.

She continues to read and email a few people to investigating about the Nao.

Here, we are Ruth. We need more answers.

Nor Ruth nor readers get any.

What is the Question?

In the diary, Nao tries to write her thoughts.

She is a girl born in America, but after the dot com bubble, her father has to move back to Japan.

Where she taste the poverty that she was not used to, father got depressed, and the mother starts working.

But her grandmother takes her to the nun-temple for the summer. There we learned about the nun lifestyle and Japanese culture.

We explore the Nao family, and about her uncle sacrifice in the army. There is a commentary about war, feminism and few other elements to move the plot.

The story can’t be summaries in a few lines, as it is about many things.

It is about a girl losing her friends and moving to a new place. A family is going from riches to rags. Man of a family suffering from depression due to their soft hearts. Females of the family supporting them as much as possible. Daughter hating her father, and then loving him back. A tragic Tsunami costing more than only lives.


The biggest question arises when the diary ends, and we, as a reader, have no idea what happened with Nao and her family. 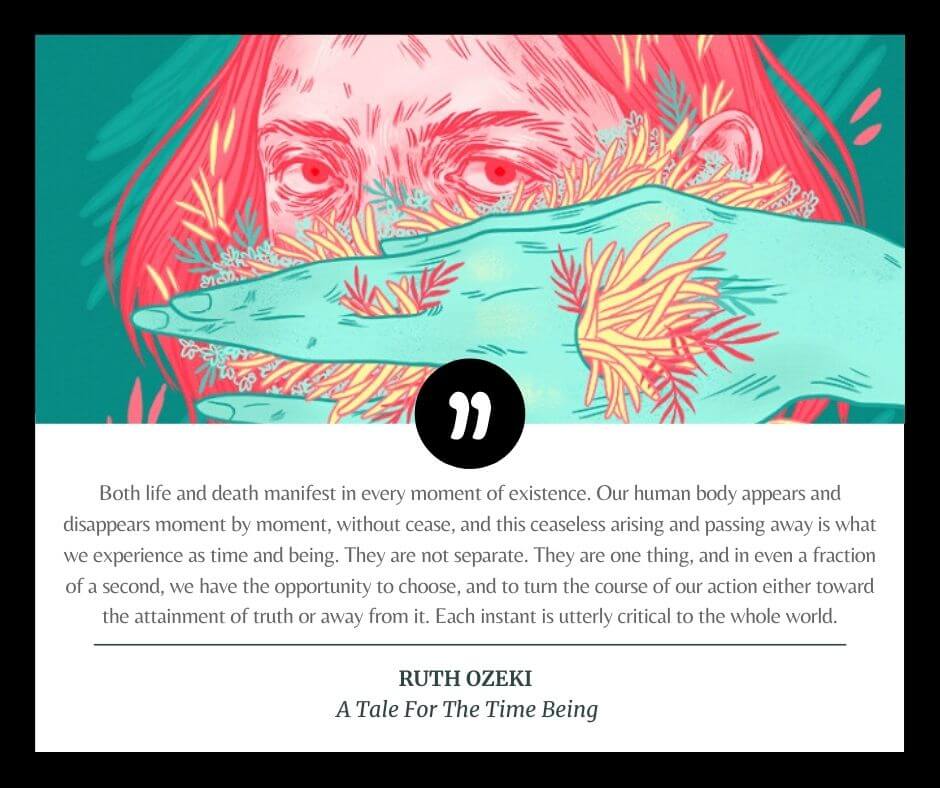 Time is a major theme in the story. The girl’s name Nao is pronounced Now in English.

It is hard to explain what is time being if you have not read the book, so I am not going to try that.

The book often tries to connect past and present through words.

I guess that is one point. If there is any way past and present can communicate, it is through words.

Then there is me, reading the book 10 years after the publication.

But still, the story feels now, happening in the present.

Ruth Ozeki does not only talk about wars, and how it killed the smart individuals of the era, but she takes on the entire planet.

Her explanation of Schrodinger’s cat is one of the interesting theory I read in the book. It is similarly stimulating as the math one in the Brazzaville Beach by William Boyd.


I want to talk about this.

Basically, the cat is not actually dead or alive, but the cat is both dead and alive. Until you open the box and observe it, you will not know in which reality you are. 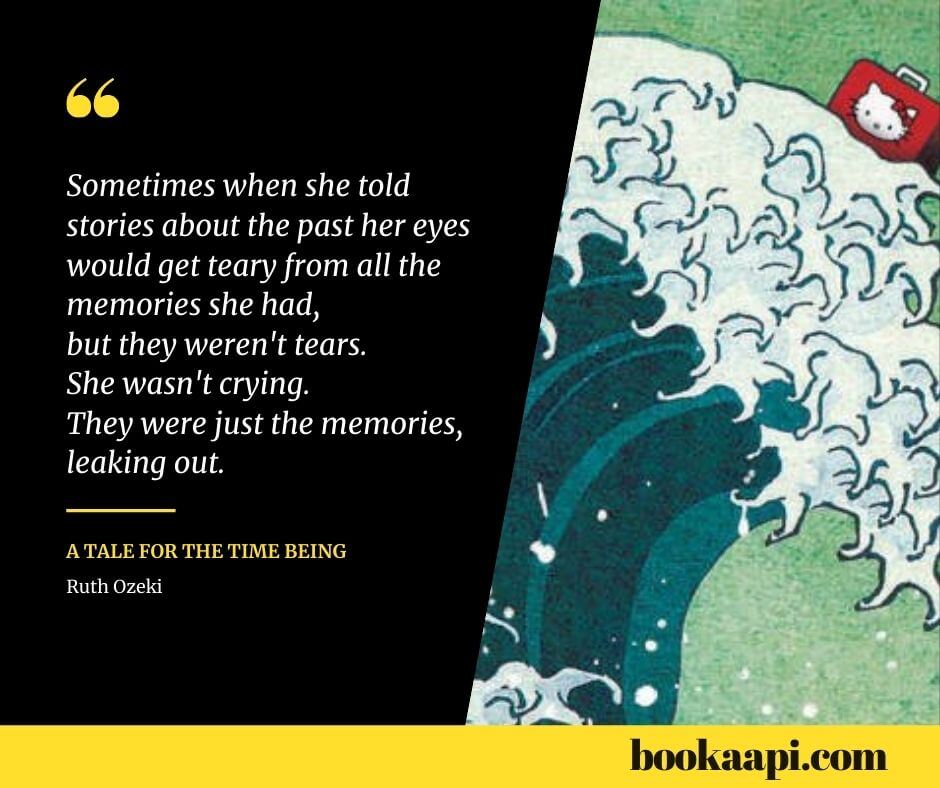 Do I Suggest the Book?

I totally suggest to read A Tale for the Time Being.


However, I hope Ruth and Oliver are not as boring in real life as they are in the book.

But you can read the book for Nao. Cultural information and history are excellent.

The magical realism and fantasy are always weird, and no doubt this book is too.

Still a good read, and from me A Tale for the Time Being is enjoyable book.

A Tale for the Time Being 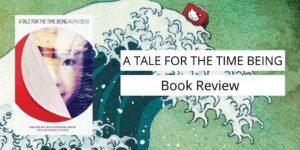 A Tale for the Time Being by Ruth Ozeki is a fantastic read of Japanese culture, World War, Tsunami, depression & coming of age life of girl.