A Song for Issy Bradley by Carys Bray | Book Review

If you are a frequent reader of my book blog, you may know how much I enjoy reading Costa/Whitbread Winner novels.

A Song for Issy Bradley is not a winner, but it was shortlisted for 2014.

After reading, I can see why this novel did not win the award. The book lacks the Britishness that Costa’s book typically has.

Moreover, I also find A Song for Issy Bradley dull, boring, and with very less coherency.

Carys Bray tried to show the family surviving the loss of the youngest family member, but there is too much religion. I understand the family is Christian, but there is no resistance, and that bugged me.

Al tries to do question his father, but that point was never open. Then there are so many loose ends that are hanging, and somehow a family hug is supposed to wrap things up.

Starting from the Beginning

Bradley family is this ideal family, with Bishop father, and four children raised in a strict Christian household. Father always prefers his faith and service over his family, while the mother tries to follow her duty as much as possible.

On the other hand, parents are demanding various sacrifices from the kids (football, boys, alcohol, birthday) for the religion.

Even the mother has not done her hair for so long because the father donates lots of money to the church. 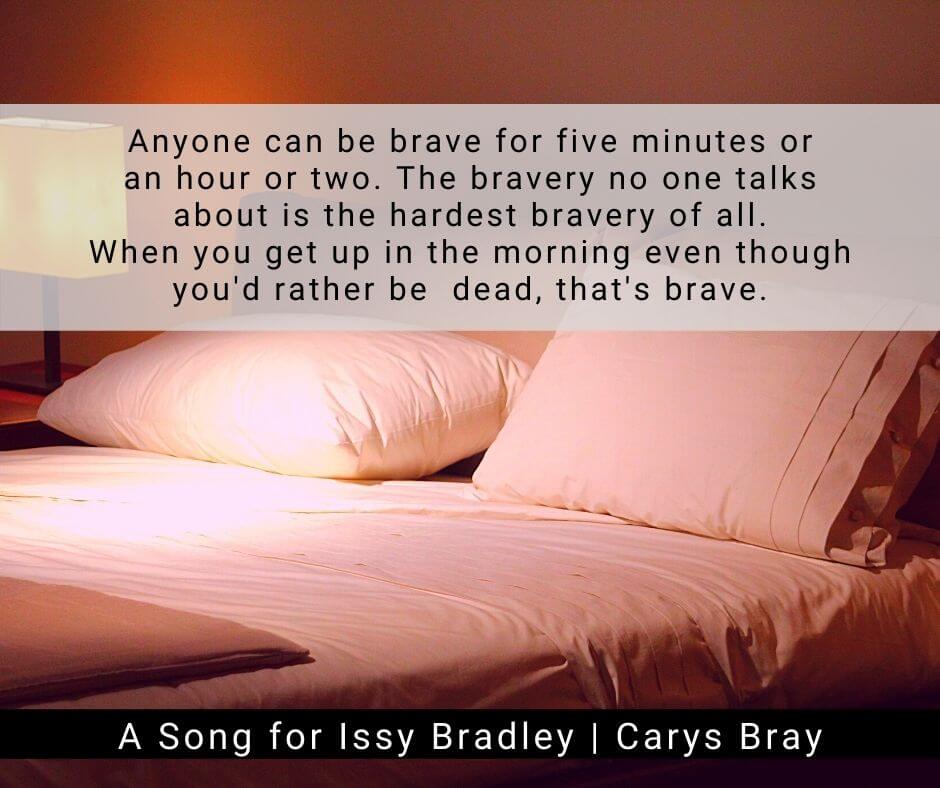 It Ends with a Kid

On the birthday of one kid, the young girl dies.

How? That does not matter, as the story is not about that.

But what shocked me is how fast she dies. Family does not even try to save her or to keep her on a ventilator.

The next day doctor says that it is better to pull the plug, and they accept it without any loud reaction.

I was expecting some noise, and screaming, but what you get is: ‘ Can we meet her last time?’

Kids meet her too, watch her unconscious, and they pull the plug.

Then they plan her funeral, next week.

Mother spend all her time in Issy’s bed, crying and in depression.

I guess depression is not accepted in Christian society, so they try to hide it. Father does not acknowledge it as depression, he says the mother is tired. Though the daughter tries to push him to take her to a psychiatrist.

One kid starts playing football because he was not supposed to?

That character had the potential to ask the tough question about their own beliefs, and it was critical to the story, as one cannot find an answer until they ask hard questions.

But the author shies away from that character and gave him a stupid miracle that is supposed to complete his arc.

While another kid tries to resurrect the dead sister, as he thinks his fish was resurrected (replaced after death).

The teenage girl loves someone and feeling guilty about making out with him, and her feelings.

Father as usual is clueless, and investing his time in church activities.

Father is from a Christian background, while the mother is not. She fell in love with him and accepts the road of faith.

And I guess there is the core of this problem.

Even after so many years, the mother tends to have liberating thoughts and is not 100% devoted to the church. Father on the other hand has done philosophical suicide, and totally at the hand of God.

He expects the same from his family. But each person is different.

The youngest one still believes in miracle, and think his sister can be resurrected. His beliefs are not tainted by any reality.

The eldest daughter is asking questions from herself and trying to justify what she did. She feels guilty as her Christian education weighs her down. But then there are teenage feelings for the opposite gender that she is failing to control. That might be the reason why the boy she liked, leave the religion.

It is to set an example for her that it is possible to leave it and be choose your way. But then he has to move away, and the girl can’t do it. Not right now.

The worst of it comes to the middle kid.

Al is making sacrifices for the religion and watching his father doing it. It starts from his birthday, when his father was absent on the day, doing church work.

He has to give up football, and his future life to join the mission. And nobody asked if he wanted to go, they assumed. All these giving up at a young age, and watching his father doing it, make him realize he is going to become his father.

But as I say, the author throws his character in the dustbin with an interpreted miracle.

The Song for Issy Bradley


Most of the time mother spend her time in bed.

The family searches for the mother, and find her on the beach. And somehow, mother assumed that her family will find her, or she was going to kill herself.

She was suicidal and depressed.

Do I recommend the Book?

Whoever if you like some Christian heavy literature, A Song for Issy Bradley could work.

But then it is not even about that, it is only about faith a family has in Jesus, then they lose it and in the end, they finally find it back.

A Song For Issy Bradley 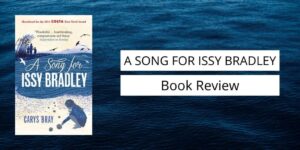 A Song of Issy Bradley is a story of family losing their faith in the God, and then finding each other after the death of a family member.